10 Sith Who Would Have Become Excellent Jedi In Star Wars 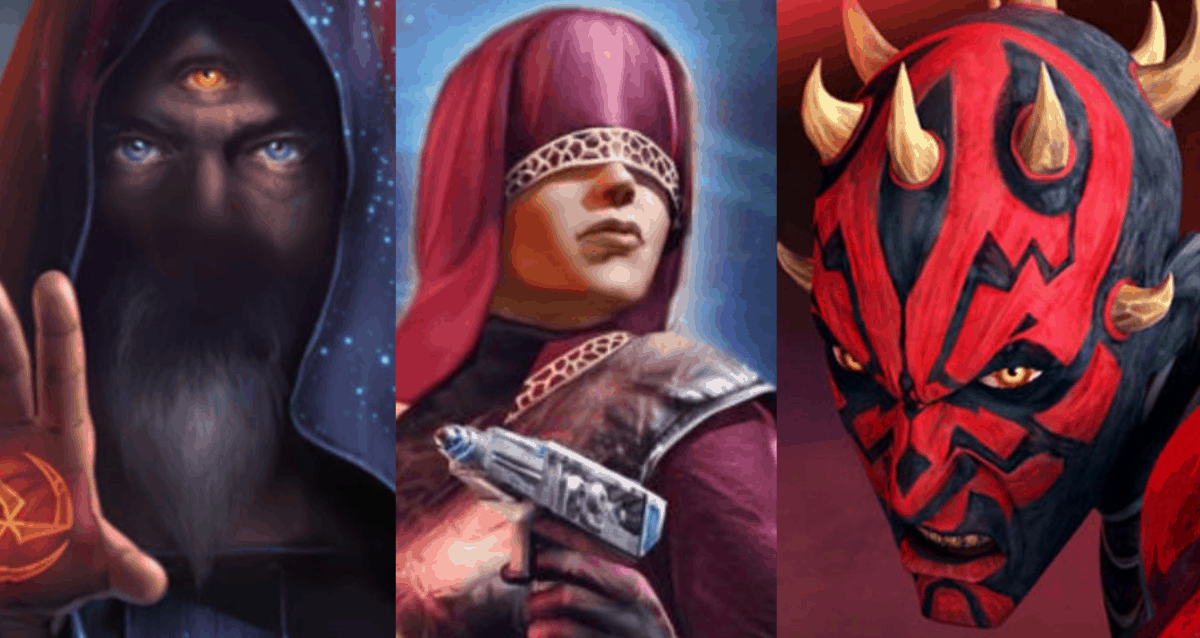 Every Star Wars fan has wondered- how would some of the most famous Sith fare as a Jedi? After all, a Sith and a Jedi are two sides- light and evil, of the very same coin. We know that many Jedi have been seduced by the lure and power of the dark side. But comparatively, there are really few Siths who have found their purpose in the light.

Those who defected from the darkness simply became disillusioned with the Sith way of life and its teachings, or they were always conflicted about the darkness. As such, this created a possibility that allowed them to walk on the path of light and peace.

But today we will not talk about the Sith who converted to Jedi’s. Instead, we will take a look at the Siths who would have made excellent light warriors if only the circumstances were different. 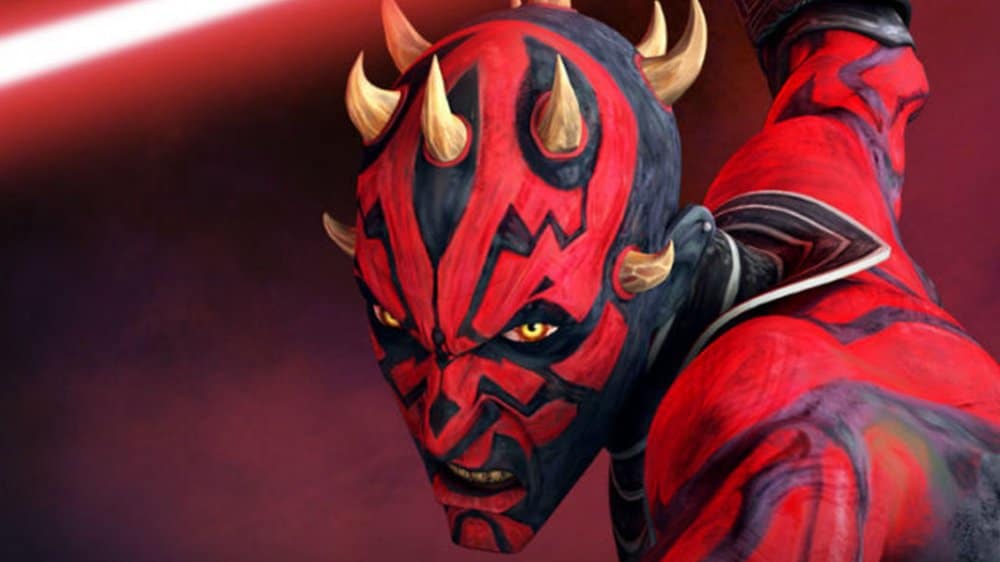 Darth Maul was taken by Sidious at a very young age. So he didn’t know anything else or even had another choice apart from embracing the dark side for a long time. He was brutally trained to become a powerful elite warrior who didn’t have love or kindness in him. Maul was so deep into the dark side that Sidious betraying him and then murdering his brother didn’t make him question his way.

We know that Darth Maul’s biggest nemesis was Obi-Wan. But inspite of this, he confided in Kenobi at the very end that the Force did need balance. He said that even if Anakin Skywalker had failed in bringing that about, his offspring Luke Skywalker very well could accomplish that task.

Maul was dedicated and an excellent swordsman. So if his abilities had indeed been used as a Jedi, then he would have proved himself to be one of the very best. 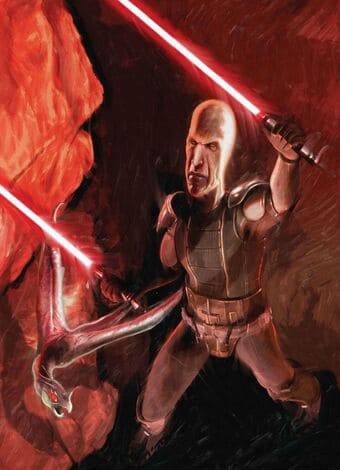 We got to learn about Darth Plagueis’s story from the Darth Plagueis novel that was released back in 2012. Now Darth Plagueis didn’t have a say in what was done to him. In fact, his life path and desire was also preset. It was already determined that he would be perpetuating his master’s way of tampering with life to avoid death.

After all, he was born due to Darth Tenebrous coercing a female Munn who was force sensitive to sleep with Caar Damask, his father. Plagueis was born or rather, he was created as a necessity. This is because his master thought that he could utilize the midi-chlorians to transfer what was his essence fully into a strong apprentice till a Chosen One showed up.

So it does make us wonder- what if he had been given a choice? Would he have chosen the side of light? 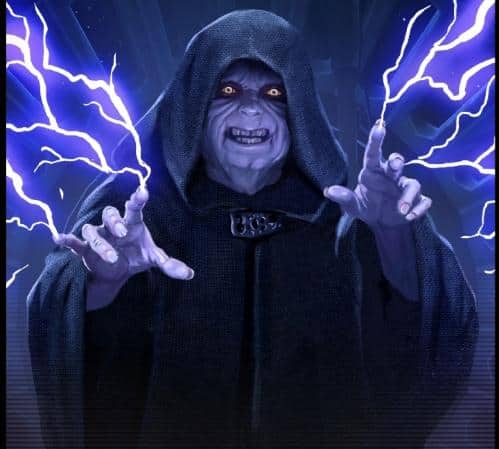 Quite like his own master Plagueis, and Maul, his apprentice; Darth Sidious too didn’t have any choice in what path he took. After all, Palpatine was first discovered as a youth of 17 on Naboo, where he was a member of a political house. It was there that Plagueis stoked his ambitions till he aligned himself with the dark side.

As such, it does make us wonder- what if Palpatine had received a different sort of guidance? After all, he was always seen as charitable, gracious, and charming too. So if he was under the tutelage of a Jedi master, then those qualities would have been encouraged and his malevolent desires would have been suppressed. As such, if that had been the case, then he would have been a really powerful light warrior. 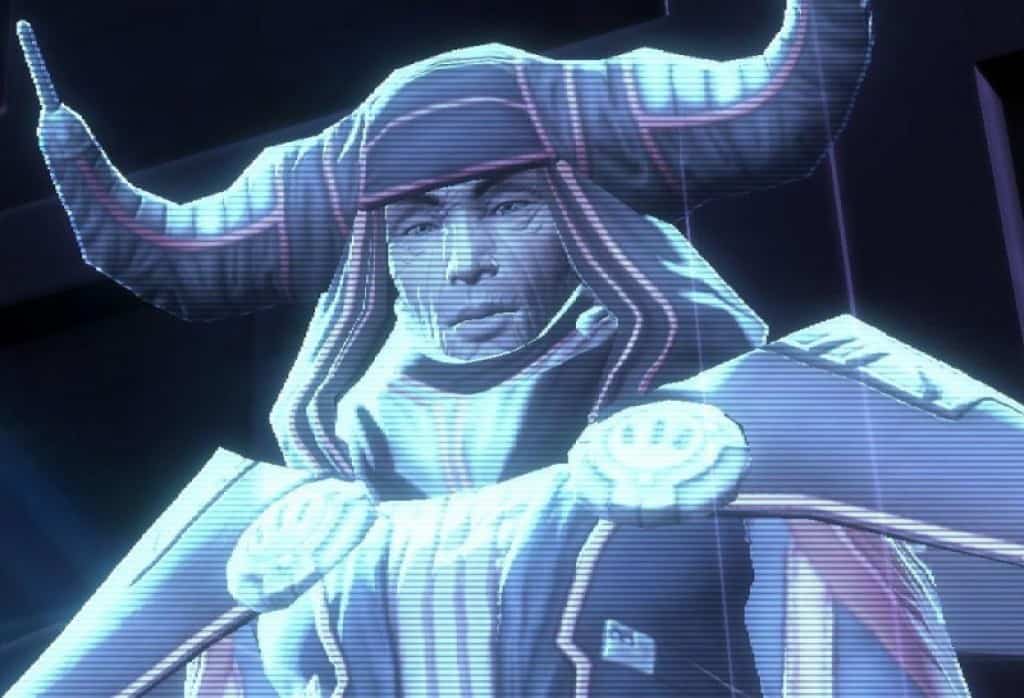 Kel’eth Ur, was actually a Light Sith. This means that he supported the doctrine, but didn’t totally submit to the darkness. We first got to know about him in Star Wars: The Old Republic. Kel’eth Ur was actually raised in the very centre of the sprawling Sith Empire. However, even then he didn’t agree with some of the aspects of the dark way.

As such, he recorded a holocron that taught the principles normally associated with the way of the light. After recording, he hid it on Dormund Kaas inside the dark Temple. Obviously, this crime wasn’t free of the judgement of the emperor and so he was murdered for heresy. One can only imagine that under some guidance he would have flourished as a great Jedi. 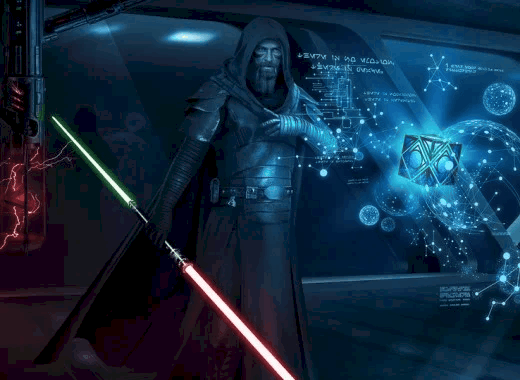 Fans got to know about Darth Gravid in the Darth Plagueis book back in 2012. He was a powerful Sith Lord who adhered to Bane’s Rule-of-Two about half a millennia before the original Skywalker Saga began. Even though he was a Sith Dark Lord, he wasn’t sure of the dark path. So, he kept on moving from the darkness to the light and then back again.

He was unsure of the dark side because he thought that the Sith way of life had become corrupted and there was only one way it could be reconstructed- by destroying all that was left of the present Sith knowledge, before building it all back up again.

As one can imagine, his way of thinking made it really difficult for Sidious and Plagueis to find a way to cheat death by putting their essence into a body. Now, it does show that he was really close to finding his way in the light. So he could have been a powerful Jedi if he had been guided by a Jedi. 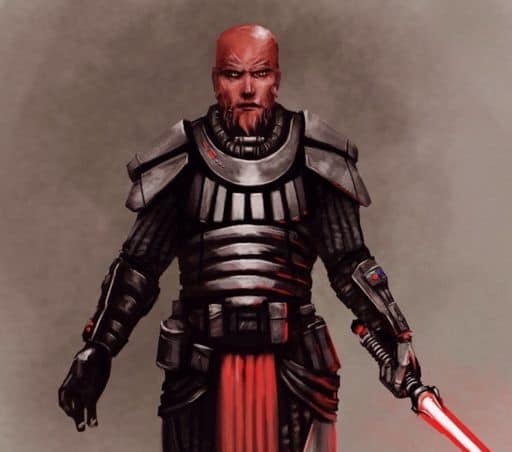 We got to know about Lord Scourge from Star Wars: The Old Republic game. He was a Sith Lord who predicted a time when the Emperor would attempt to kill the whole galaxy. Afraid of such an outcome, he invited a union with the Jedi order, going as far as to pledge his allegiance to the doctrine.

He didn’t leave the dark side fully, but he did realize that there was merit to be found in the light and that the Force needed the balance that the Jedi brought. So if he had become a Jedi, then he would have been a practical Jedi, somewhat like that of Qui-Gon Jinn. 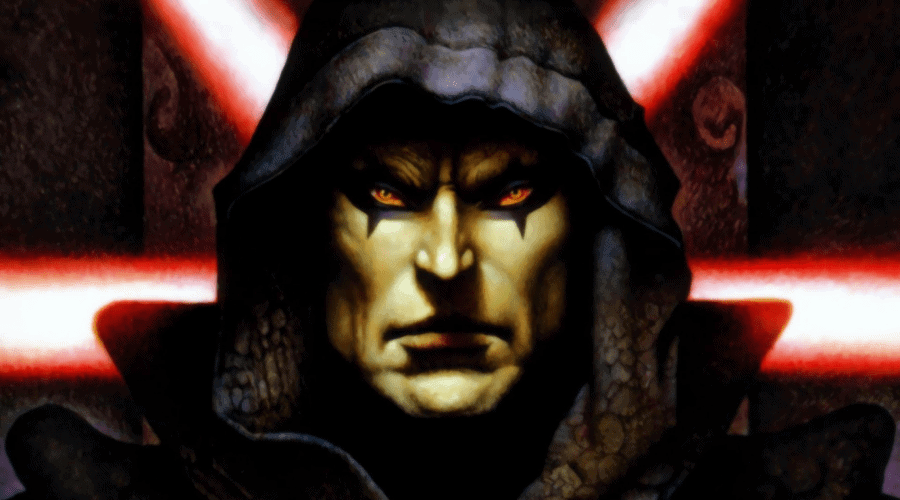 Darth Bane is pretty much the reason why the Siths were able to flourish successfully for so long. He lived an entire millennia before the events of the original Skywalker trilogy and in a time when there were plenty of Siths. In fact, there were so many that there was infighting and this caused the Sith Order’s almost downfall.

But he was able to prevent that by creating the Rule-of-Two. Here, the power and knowledge of the Sith Order were kept between two people only. As such, this reduced the chances of the Sith philosophy and doctrine from falling into the hands of their enemies. Due to this, he was able to unite the followers of the dark side and bring them closer to realizing the ultimate Sith Plan.

So if Bane had been a Jedi, then his wisdom, temperance, and calm mind would have been an immense asset to the light side. In fact, if he was there, then the Jedi Order perhaps wouldn’t have become so out-of-touch, arrogant, and blind in their last days. 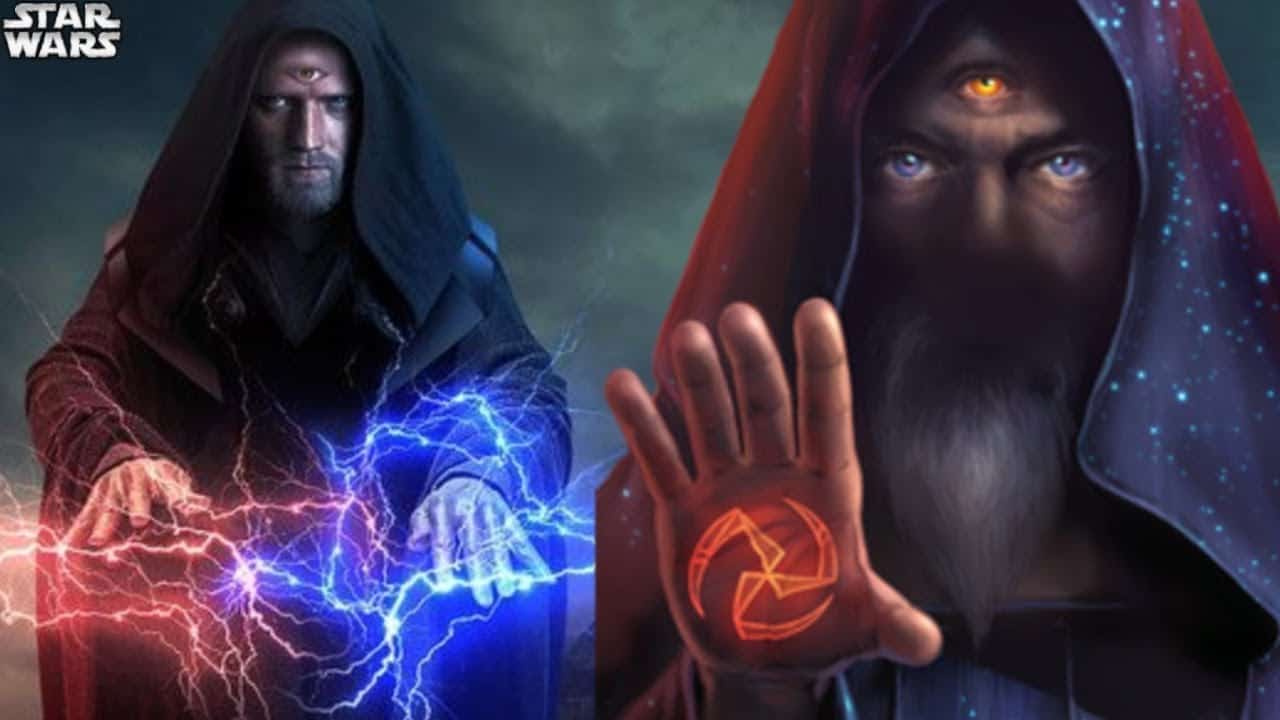 Darth Millennial was a Sith apprentice as well as a three-eyed clairvoyant. However, he left the tutelage of his master Cognus due to a conflict of ideologies. This conflict happened because Cognus, a student of the legendary Darth Bane believed only in the Rule-of-Two. But Millennial didn’t agree with that. He instead thought that there was a lot that could be learned from the darkness if the Rule-of-the-Strong got followed.

Due to this, Millennial got excommunicated. As a result, he fled to Dromund Kaas and founded the Dark Force religion. In the Fate of the Jedi: Ascension, a Star Wars Legends book, Luke Skywalker said that even though Darth Millennial didn’t leave the darkness, he did believe that “there was more than enough of the dark side to go around.” As such, he was okay with a more egalitarian approach, a way of thinking that makes him much like the revered Jedi Order. 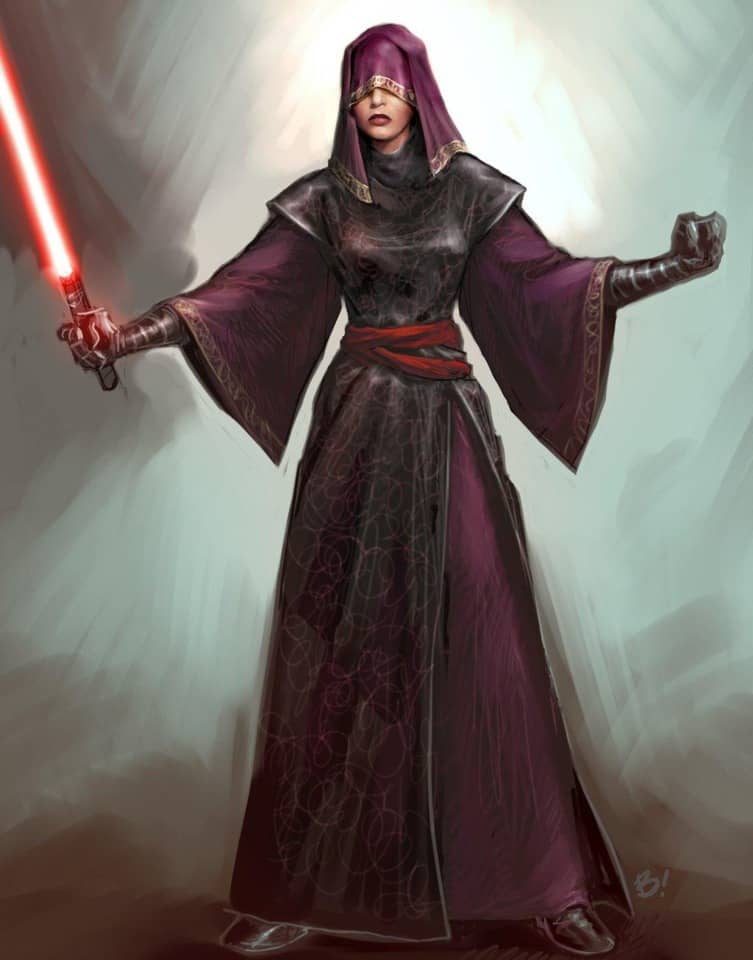 Visas Marr was one of the most powerful Sith Lords after the Jedi Civil War. She was Darth Nihilus’s only apprentice and survived his purge that happened at the Katarr Conclave. It is mentioned in Star Wars: Knight of the Old Republic: The Sith Lords that Visas Marr shared a strong bond with her master, who was injured badly.

When she was defeated by Jedi Meetra Surik, Visas Marr found solace in the path of the light. So if the Jedi Order had not suffered the fatal blow and had not Visas Marr sacrificed herself, then she would have become a mighty Jedi Knight. 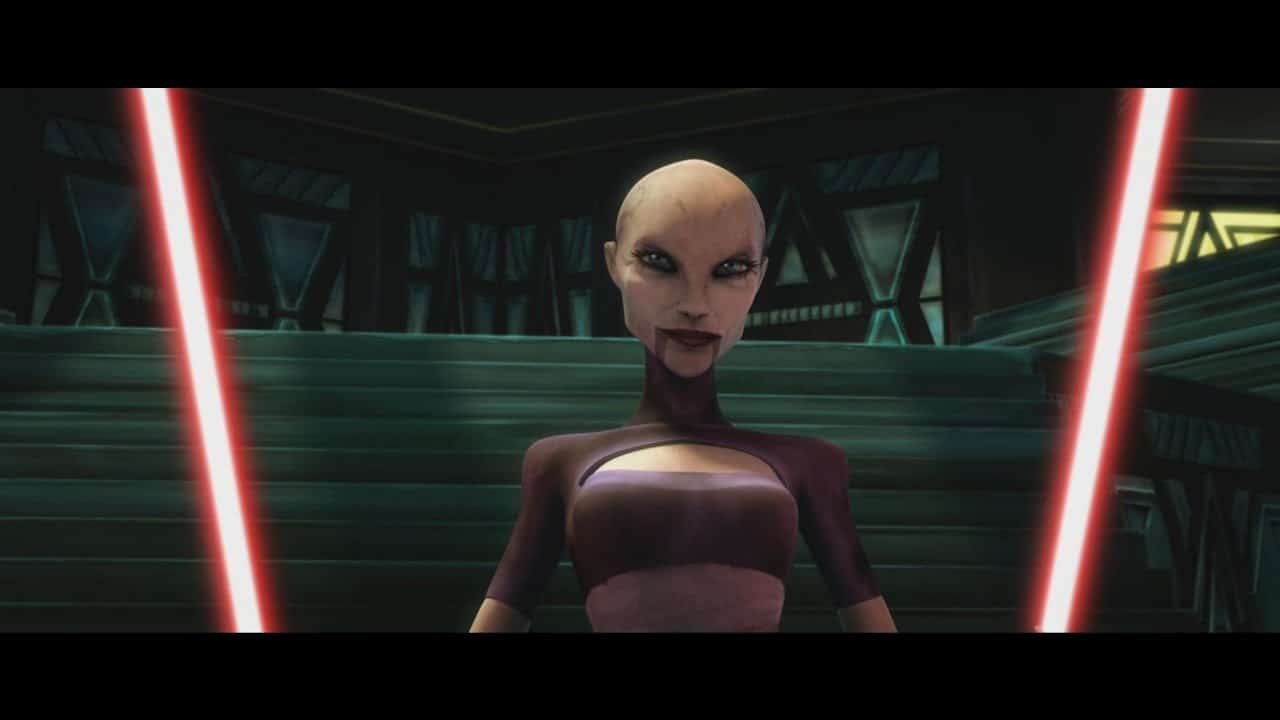 Asajj Ventress was a slave from Dathomir who became Count Dooku’s student. But as a result of the Rule-of-Two, she couldn’t get a real Sith title till Dooku had killed his master, Sidious. Soon she sought to have more power and this brought her face-to-face with Jedi like Anakin Skywalker and Obi-Wan Kenobi.

It must be said that Ventress had a lot of similarities to Luke Skywalker. In fact, he can be considered to be an example of what could have been with her if the galaxy’s darkness hadn’t corrupted her. It can be assumed that if her teacher Ky Narec had survived, then she would have been identified to be force sensitive and would have become a powerful Jedi Knight.

It’s always fascinating to wonder about what could have been in the Star Wars galaxy. So tell us, who else do you think could have turned out to be a Jedi if destiny had looked the other way?