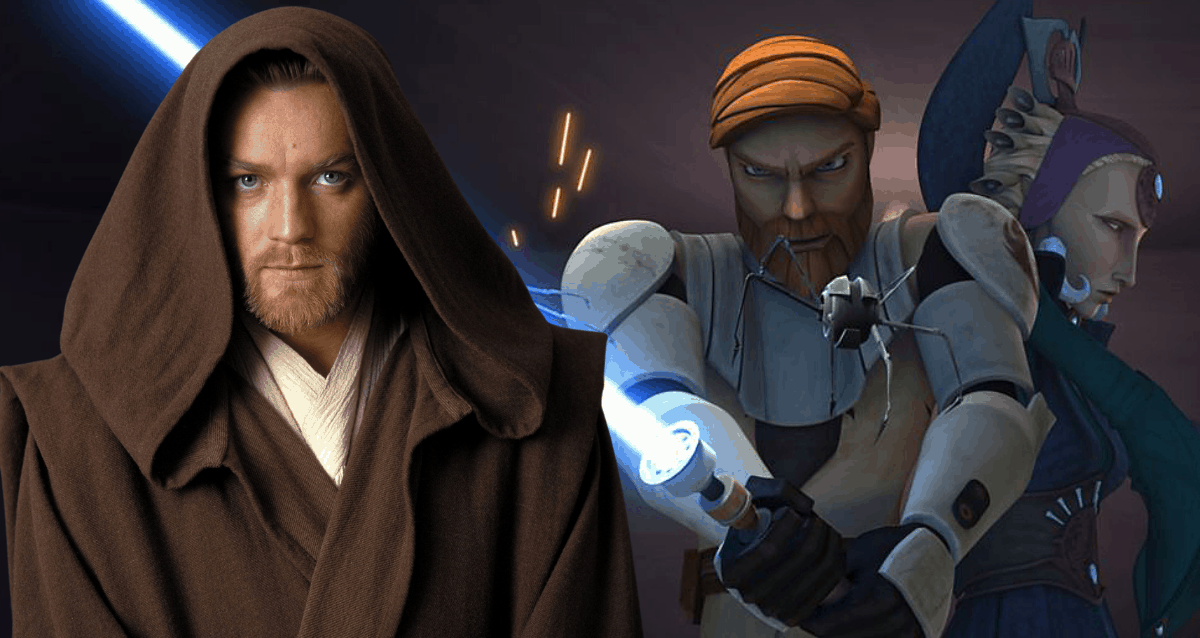 Obi-Wan Kenobi is one of the most beloved and iconic Star Wars characters in the whole franchise. He has given the series depth and fans a lot of content to cheer about.

He had prominent roles both in the Original Trilogy as well as in the Prequel Trilogy. Right now, there is even going to be an Obi-Wan Kenobi Disney+ series full of old and new characters. As for the Star Wars fandom, honestly, it’s hard to find Star Wars fans who don’t love Kenobi.

But even then, just like with everything, he too has people who don’t really like him. Some don’t like his character whereas others don’t like some of the scenes he is in. And one of the best places to gauge people’s negative reactions to Obi-Wan is obviously Reddit.

So we combed through that site to find the hot takes about Obi-Wan Kenobi. And here are the hottest ones we found:

10. There’s Just Nothing Redeeming About The Prequels 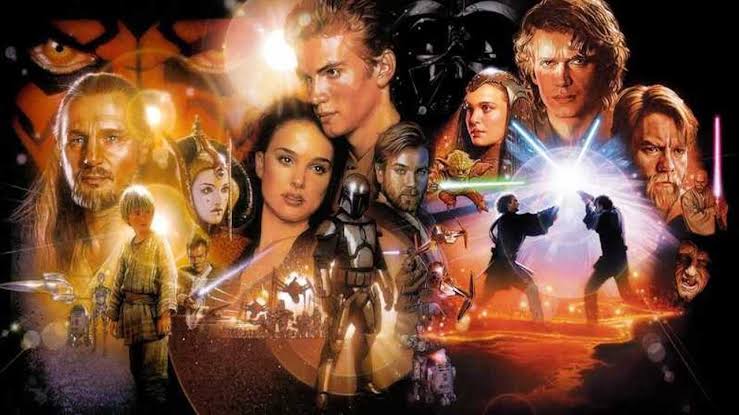 It’s just no secret that the Prequel Trilogy isn’t quite loved by fans. It has been criticized for its lackluster storytelling and plot. However, nowadays that view is changing thanks to nostalgia as well as the various attempts by Lucasfilm to improve on the story.

However, that doesn’t mean that critics of the Prequels have died out. One Redditor who goes by u/Griegz said that:

“There was nothing good in the prequels. Nothing. Not one thing.”

Obi-Wan wasn’t specially mentioned of course, but it’s certainly odd to hear someone say that there was nothing good about the Prequels. After all, most fans believe that Kenobi is definitely one of the very best parts of the trilogy.

This is partly thanks to the stellar performance given by Ewan McGregor. But is the opinion of this Redditor shared by many? We don’t think so.

9. He Is Just The Worst Kind Of Jedi Master 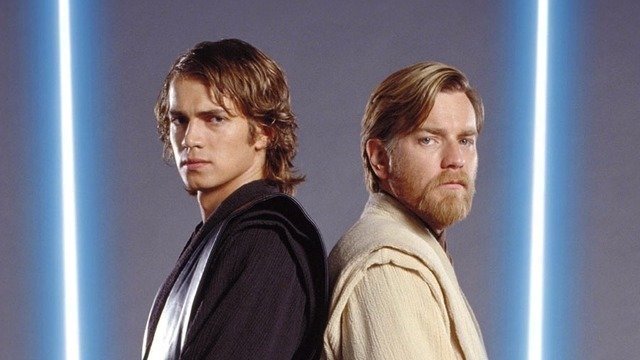 Over the years, many people have criticized the Jedis of the Prequel series in various ways. As unlikable as some of them are, it can’t be denied that they are presented as skilled masters. Some of these Jedis, like Plo Koon, Yoda, and of course Obi-Wan is still loved.

But Redditor u/PanzerKpfwVI is clearly not one of them. The user says:

“Obi-Wan Kenobi was the worst Jedi Master ever.”

Now, there is evidence that suggests he certainly could have treated Anakin well, and perhaps he could have prevented his seduction to the darkness. However, it’s also unfair to blame Anakin’s entire failure on Obi-Wan.

After all, he was also thrust into being the Master of a boy who had some serious issues. But it must be said that he definitely could have been a better partner.

8. The Clone Wars Fails To Add Anything To Obi-Wan And Anakin’s Relationship 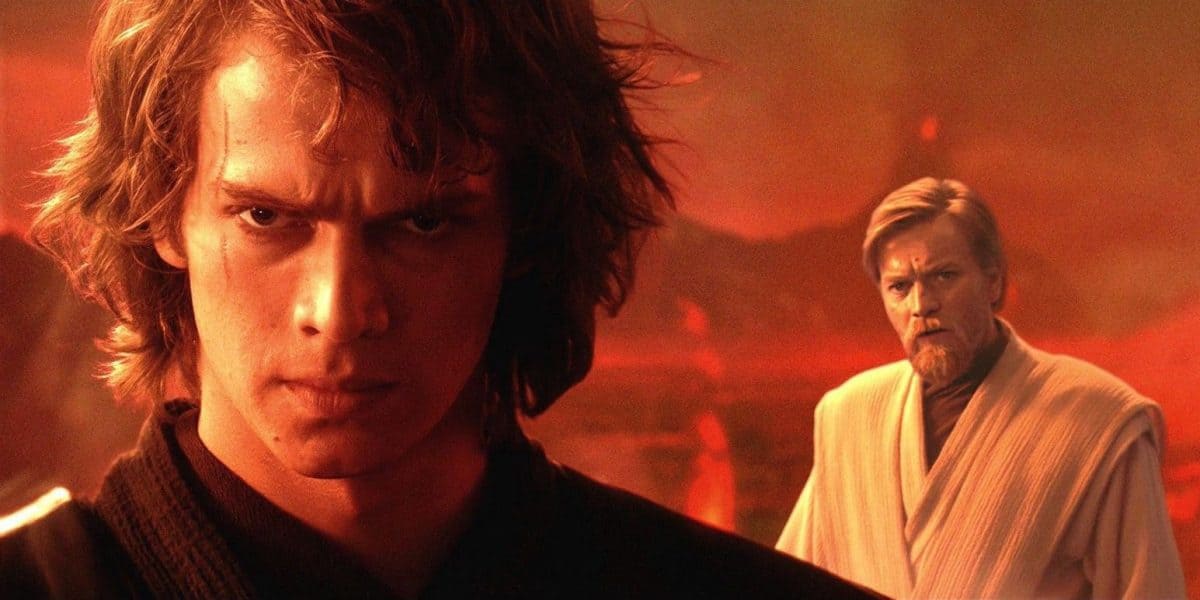 Many viewers think that The Clone Wars did a great job of further exploring the relationship between Obi-Wan and Anakin. Also, their individual characters were explored a lot more satisfactorily as well.
But Redditor u/MurderousPaper doesn’t think so.

The user doesn’t believe that the show helped improve upon the Prequels in any way. As per the Redditor, the characters:

“Are portrayed so differently from their live-action counterpart that I can’t reconcile the differences.”

But fans of the animated series don’t generally believe this. The widespread belief is that Anakin as a character was portrayed better in the show. And it’s also true that one of the ways it was done was through his relationship with Obi-Wan.

7. He Is A Disgusting Liar 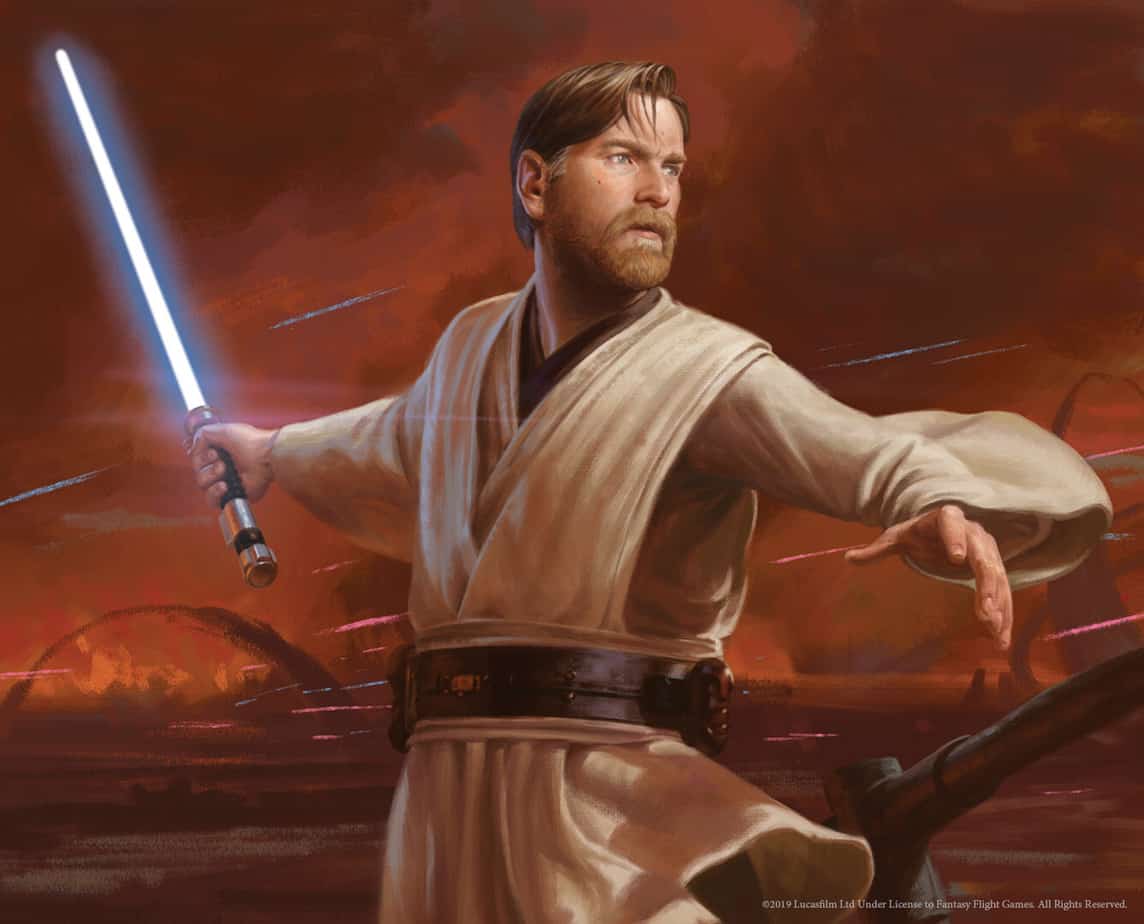 Obi-Wan is a character who is loved by many due to various reasons. One of them of course is due to the stellar performance of the artists who portray him. But the depth of the character itself has also mesmerized fans.

His strength and wisdom are some of the reasons why fans have loved him throughout the years. But one Star Wars fan disagrees. According to a deleted Redditor, Obi-Wan is his most hated character.
The user thinks that Kenobi is:

“A disgusting liar that always plays a good guy.”

The Redditor also thinks that he is a failed Jedi master. Now, Obi-Wan certainly wasn’t a perfect Jedi master. But that doesn’t seem to have affected fans’ love for him. However, we must say that Kenobi lying to Anakin has angered many fans. 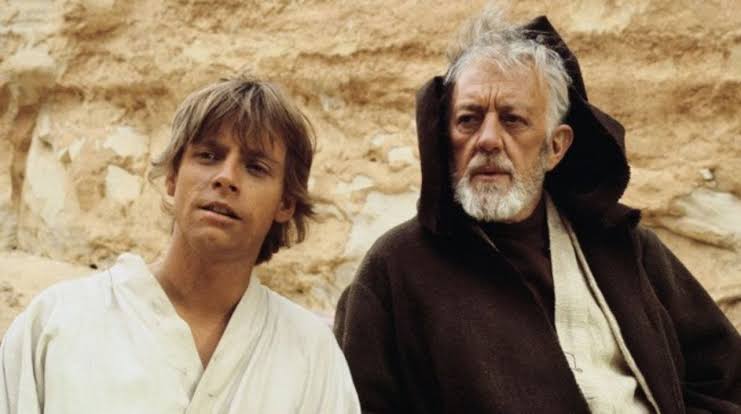 After Obi-Wan’s failure as a Jedi Master, and then Anakin’s fall to the darkness, Jedis were pretty much almost wiped out. There were just two Jedi council members who were were left. Both of them went into exile.

There they bid their time and waited for new hope in the galaxy. Redditor u/AggressiveDog says that hiding as the Empire rose and leaving the entire future of the galaxy in the hands of a mere child was a “disgusting and cowardly move.”

But most fans think the exact opposite. They think that going into exile and living in squalor to watch over Luke Skywalker was a brave move (also he might as well have met Leia then).

After all, what would the two Jedis have done against an entire Empire? It was much smarter to bide their time and wait for the right moment to strike.

5. Maul’s Return Was Bad And It Undermined Obi-Wan’s Victory

Any fan of The Clones Wars animated series will say that one of the best parts of the show was Maul. His presence in the series was great and of high quality. But even better was his contest with Obi-Wan Kenobi, his greatest rival.

Now, most fans of Star Wars Rebels and The Clone Wars believe that the Maul/Obi-Wan rivalry was only made better in the shows. It’s also a widespread opinion that both the shows respected Qui-Gon’s death as well as understood what that meant for Obi-Wan and Anakin.

4. Anakin & Obi-Wan Vs. Count Dooku Is The Best Prequel Duel 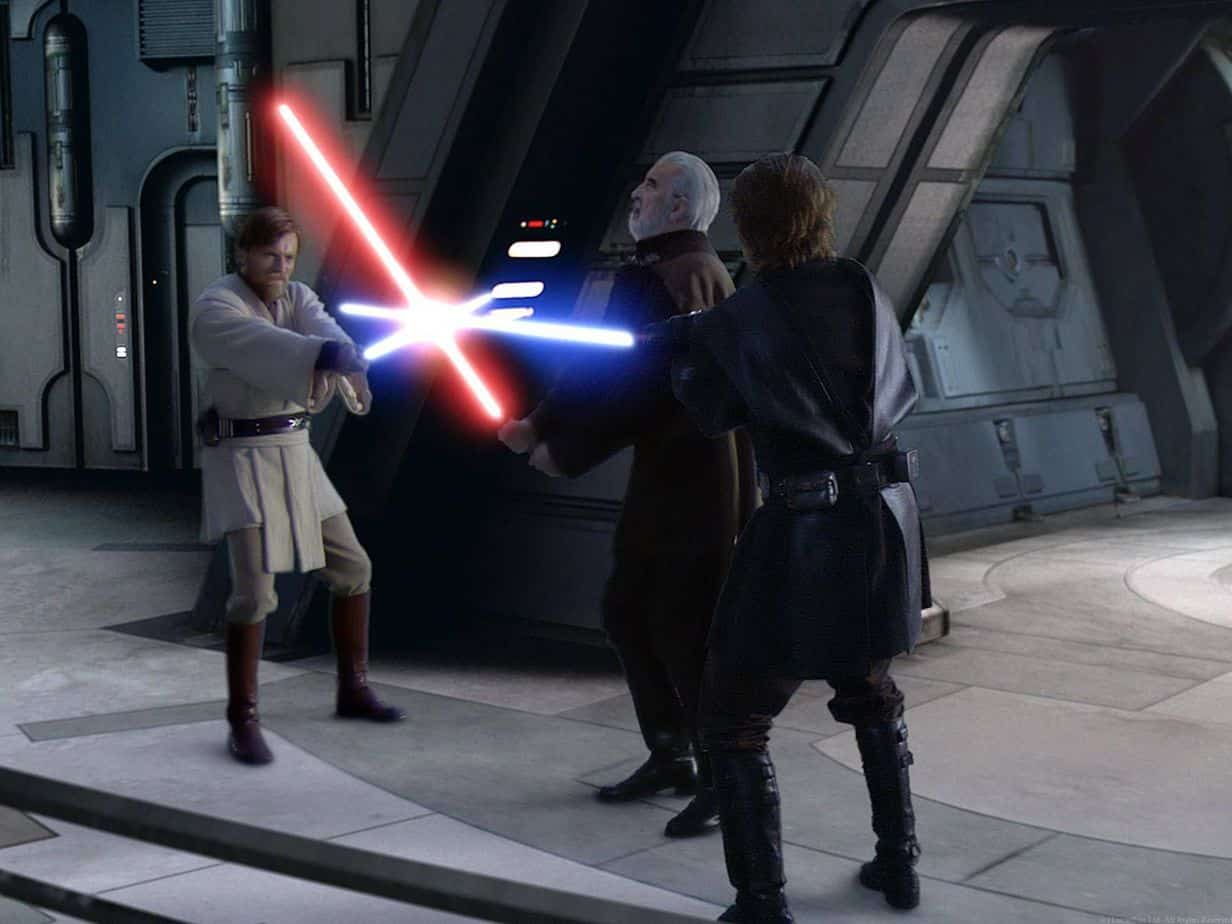 It’s true that the Prequels indeed have a lot of issues regarding pretty much everything. But one cannot deny that there are at least two duels that fans will consider to be the greatest in the entirety of Star Wars.

One is the Duel of the Fates, and the other one is that of the Battle of the Heroes. Of course, along with this, there are other memorable fights as well like Windu vs. Sidious and Yoda vs. Sidious.

Redditor u/Goulielmos thinks that Obi-Wan was certainly involved in one of the best lightsaber battles in the entire trilogy. But the battle that u/Goulielmos picks is certainly unique.

This is because the user says that “Obi-wan & Anakin vs Count Dooku is the best lightsaber duel in the prequels.” Now, that fight is good, but it doesn’t make sense to put that over the fight of Anakin vs. Obi-Wan in the same Revenge Of The Sith movie. In fact, saying so might be deemed as ludicrous to many.

But you do you, friend. 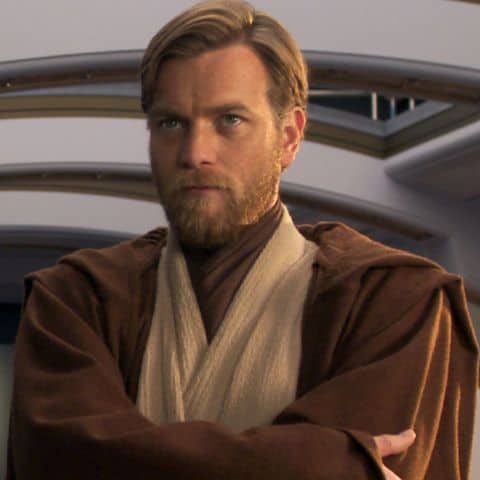 No matter your views on the Star Wars franchise, it can’t be denied that it’s filled with great performances. From Mark Hamill in The Last Jedi to Adam Driver and Daisy Ridley in the Sequel Trilogy, and of course Carrie Fisher and Harrison Ford, among countless others.

However, one Redditor by the name of u/Triple-Zero doesn’t think that McGregor’s performance is anything to write home about.

The user says, “He did a fine job with what he was given,” but then adds that he was ultimately overrated. This is a really unpopular opinion as even a casual viewer of the Prequel Trilogy knows that McGregor’s performance is one of the best of the trilogy. In fact, it’s also clearly ones of the best in the entire franchise.

2. Romance With Satine Undermines His Story

One of the best parts of The Clone Wars, in terms of Obi-Wan’s characterization, was when he was getting to know Satine Kryze, the Duchess of Mandalore.

It can’t be denied that Satine was one of the very best characters who was attached to the wonderful history of Mandalore. The romance between the two added a layer to Obi-Wan’s character that helped give him depth.

But Redditor u/PaperAlchemist didn’t quite see it like that. The user just believes that Obi-Wan, who is quite a traditional Jedi shouldn’t have been given a romance.

He believes that it undermines Anakin’s story and takes away from “what made him a unique character,” i.e struggling with emotions, especially love. Hmm…We don’t think many will agree with him on that.

1. Fight With Maul In Star Wars Rebels Is The Worst Fight Ever 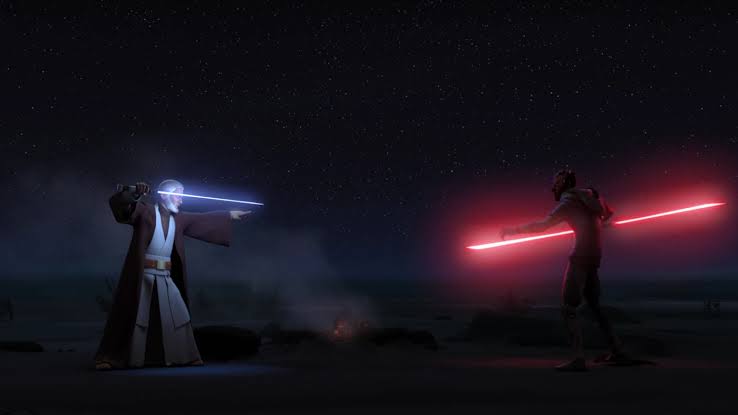 One of the greatest rivalries in Star Wars is definitely of Obi-Wan Kenobi with Maul. The depth and history of their journeys are incredible. Not to mention that their lightsaber battles were epic. After all, how can one forget that final fight on Tatooine?

But Redditor u/DAVasquez believes that the fight in “Twin Suns” “is simply the worst of the lot. The user says that this even eclipses the Ben vs. Vader fight.

But this opinion isn’t held by all. In fact, people who are fans of Kenobi and Maul’s rivalry consider this fight to be simply poetic brilliance. It was a fitting conclusion to their journey and displayed the genus of Obi-Wan Kenobi. But more than that, it also shows how Maul got ruined as a result of his hate.

These are some very unpopular opinions regarding Obi-Wan Kenobi. However, the widespread general consensus about the character is quite different. Many think that he is one of the best characters created in Star Wars and has a great story arc. But what do you think? Do you agree with these opinions?