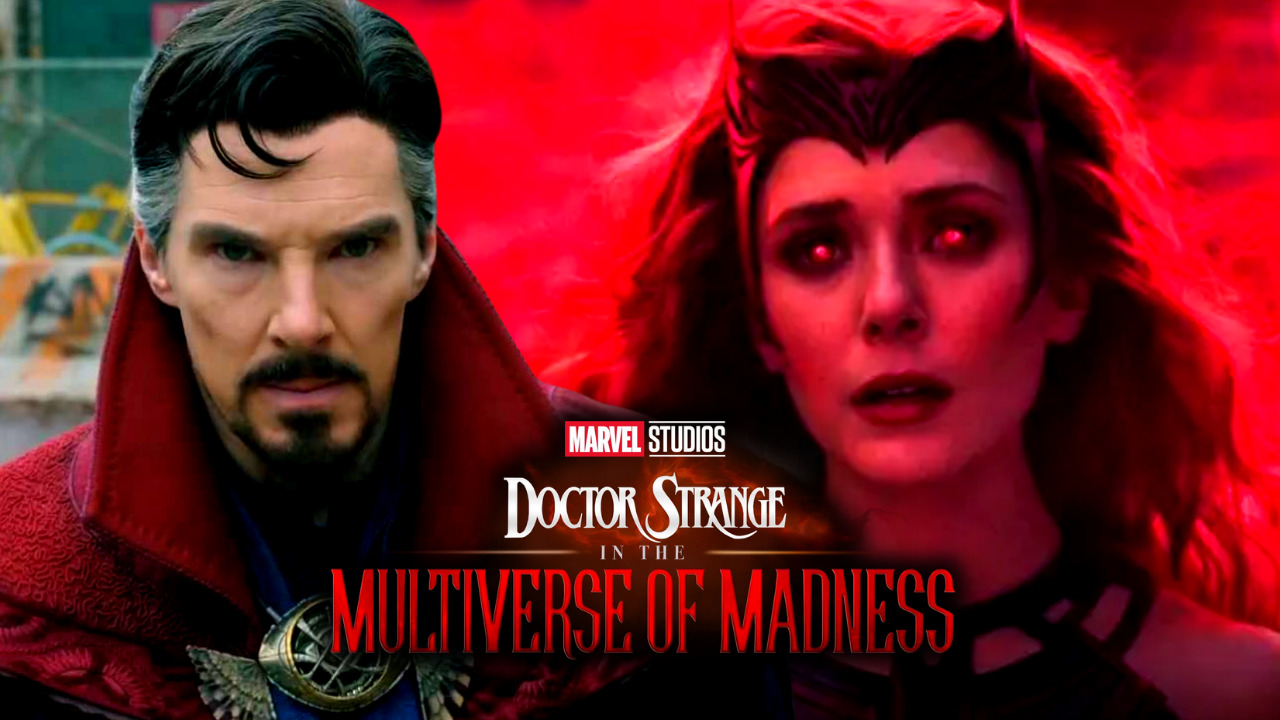 The MCU’s Phase 4 is chugging along well. A lot of these Phase 4 projects have been standalone shows that have existed alongside the other post-Avengers: Endgame content that Marvel Studios has released.

Even though there have been mini-crossovers and cameos, like Yelena Belova appearing on the Hawkeye show, nothing too big has happened yet. But things are about to change soon on a big scale.

Scarlet Witch, who was last seen in WandaVision, will play a major role in Doctor Strange in the Multiverse of Madness. She will be the first major character to appear in an MCU film after playing the lead role in a Marvel Disney+ series.

This means that Marvel fans will fully get to know just how much the Disney+ shows will affect the films that come afterthem. Thus far, viewers of the MCU movies are caught up on the Disney+ shows, but the vice-versa might not be necessarily true.

One of the reasons is definitely because the streaming service Disney+ isn’t available in certain areas. But regardless, WandaVision was a major hit. And almost everyone who is caught up with the Marvel movies is sure to catch up on that Disney+ show at least.

And it’s important to be caught up with WandaVision because the series was all about the Scarlet Witch. As such, there were a lot of key moments for her arc. And Multiverse of Madness will surely serve as a continuation of her story.

So you need to remember these 6 points from the WandaVision show before watching Doctor Strange in the Multiverse of Madness. 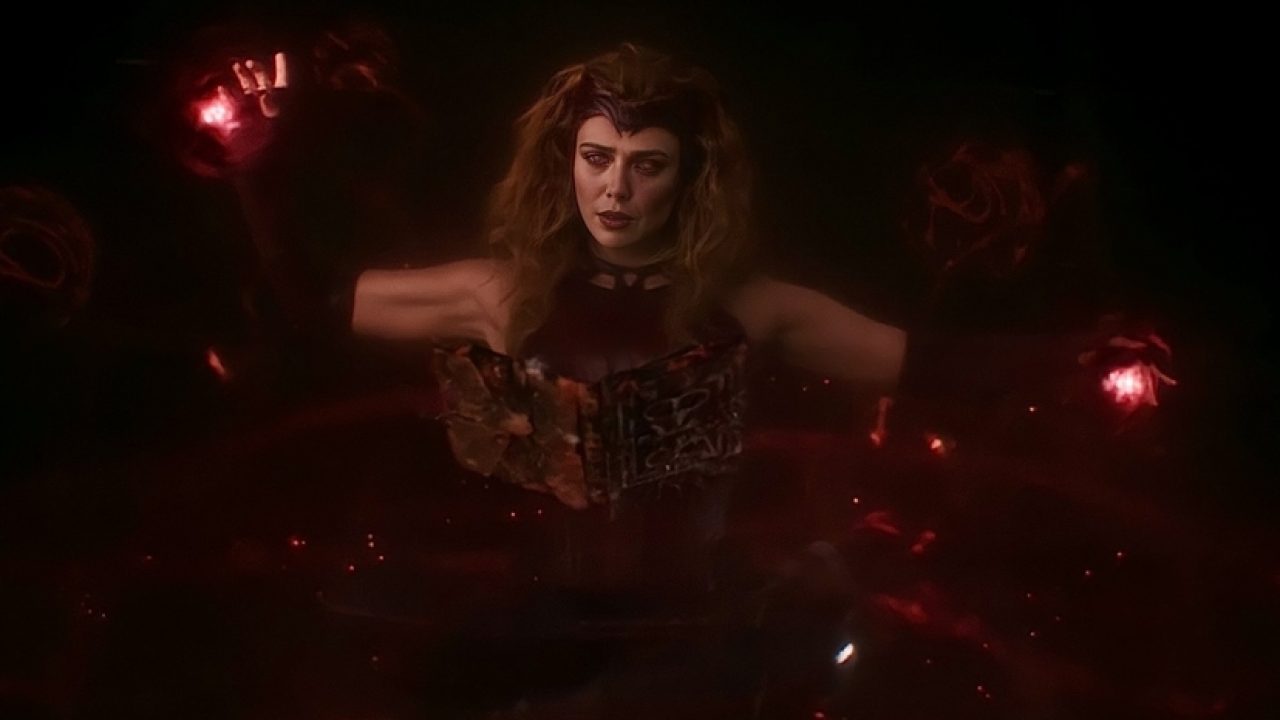 WandaVision’s final episode had a post-credits scene where Wanda was astral projecting as the Scarlet Witch while reading the Darkhold in a cabin located at the Wundagore Mountain. This is a book of magic she took from Agatha Harkness before leaving Westview.

Before going from Westview to Mount Wundagore, Wanda stated that she wanted to understand her powers so that she could control them better. And she was trying to do this by reading Darkhold.

But Marvel comics readers know that Darkhold is a dangerous book. And it can affect its reader negatively. When Wanda read the Darkhold, she could hear the voices of Tommy and Billy. WandaVision viewers will know that her sons disappeared along with Vision and the rest of the Hex.

So she knows that they are alive somewhere, and she will try to find her sons next. It’s probably safe to assume that she will use knowledge gained from the Darkhold to achieve this goal. But whether it will help her or hurt her remains to be seen.

This will probably be a central part of her arc in the upcoming movie, Doctor Strange in the Multiverse of Madness. 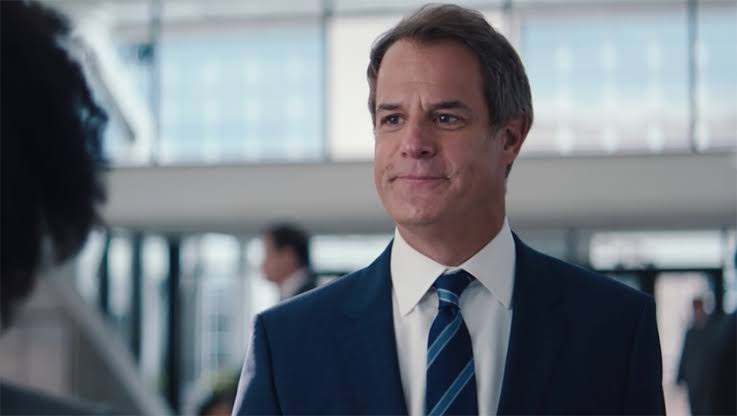 WandaVision has a lot of amazing moments. One of the most shocking moments was in episode 5, when Wanda stepped out of the Hex to get rid of the drone sent by the sword.

She gave the organization a warning and told them to stay away from her home. As part of the warning, she manipulated the minds of the sword agents. At first, IR guns were pointed at her, but she made them turn their weapons at organization director Tyler Hayward, who was aggressively hostile towards her.

If Wanda does end up trying to find her children in the Multiverse of Madness movie, then she will take down anyone who stands in her way. Just like she did, Director Hayward.

In fact, she could be worse this time around since she is learning about her powers, and so she will be much more powerful. Overall, her wrath will probably be severe and less restrained in Doctor Strange 2.

But what will happen if she ends up fighting Stephen himself? That will be a fight that will probably rival Spider-Man: No Way Home’s fight scenes . 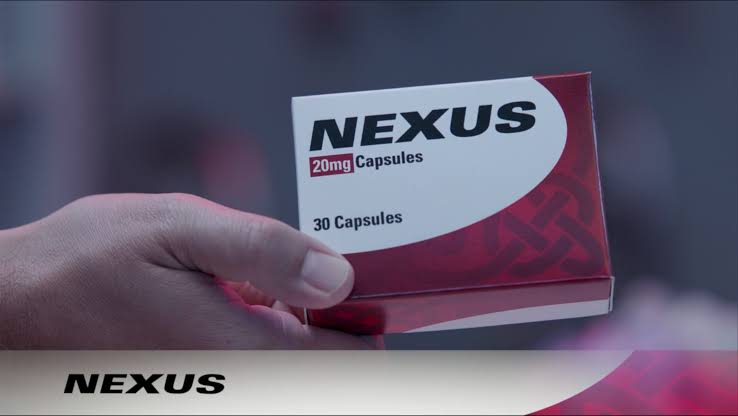 In episode 7 of WandaVision, there’s a commercial for Nexus. It’s a fictional product that looks like an antidepressant medication. Now, this isn’t the only product advertised in the other episodes of WandaVision.

The other episodes also feature advertisements for fictional products. But they are references to either Wanda’s past or present. This Nexus commercial didn’t have much meaning to it beyond her return to reality at the end of the show from the Hex.

However, there’s another MCU show that has explained what Nexus really is. In Disney+ show Loki, the Time Variance Authority was working to prevent Nexus effects from causing timeline branches to emerge and leading to another new Multiversal War.

This will surely come into play in the Doctor Strange movie, especially because Loki ended up unleashing the Multiverse itself. Maybe we will get to know about the Nexus events that took place.

Or maybe we will learn how Wanda might use her magic to create them so as to branch into other possible realities. After all, Wanda was already powerful in WandaVision.

Billy and Tommy Age Themselves Up 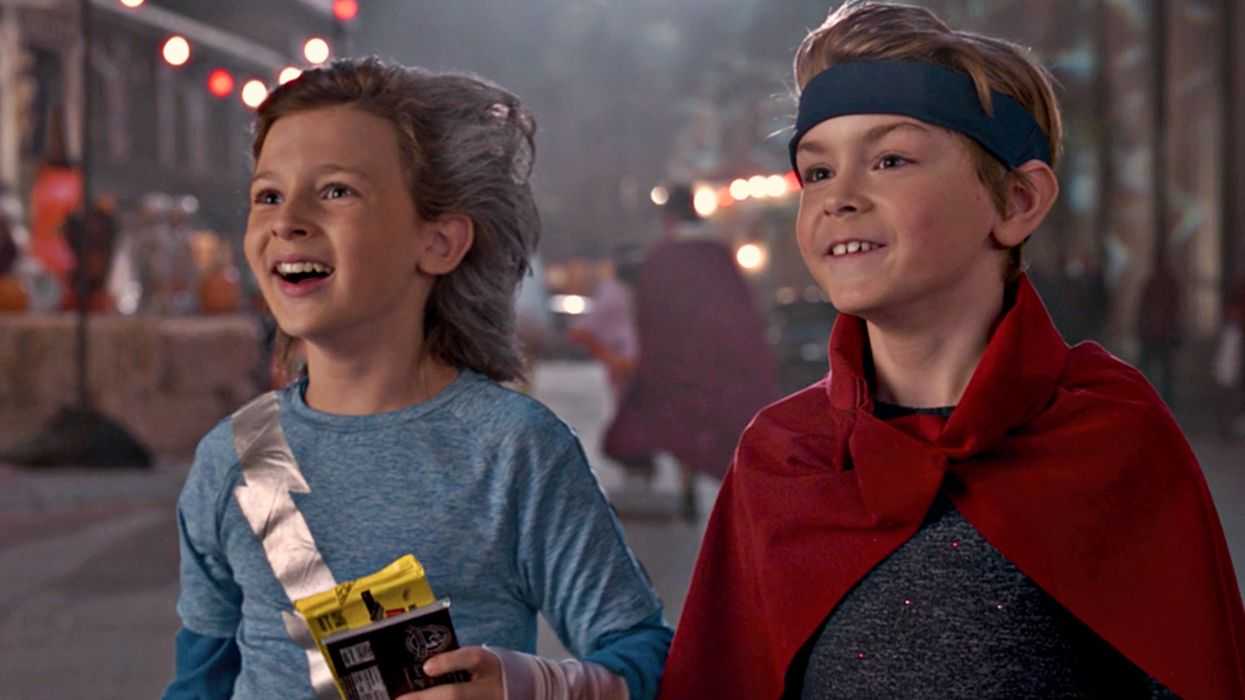 Billy and Tommy in WandaVision

The 5th WandaVision episode is titled, “On a Very Special Episode…,” and in this one, Tommy and Billy aged themselves up by a few years nearly three times. First, this happened near the end of the episode’s opening scene when the twins went from infants to young kids.

The second time is sometime later when they grow up to be 10 years old. The third time, Wanda stopped the kids from getting aged up again after the death of their dog Sparky. But maybe they can do so again during or even before the Multiverse of Madness begins.

Also, a Young Avengers project is rumored to be in the works. So Wiccan and Speed seem like natural members fit for the team. But they will need to be several years older than they were in WandaVision.

Basically, they need to be in a similar age range as the other possible members like Hawkeye’s Kate Bishop. So it’s possible that they might have aged up in Doctor Strange 2.

White Vision Goes Away From Westview

The WandaVision finale offered a philosophical discussion on the Ship of Theseus. After this, Hex Vision made White Vision get his memories of the original Vision back. Then the latter one flew away to an undisclosed location.

This, along with Wanda and Hex Vision discussing the probability of them meeting, does indicate that maybe we will see Vision again in the MCU in some sort of capacity. And maybe he will reunite with Wanda once again at some point.

The question is- Will this happen in Doctor Strange and the Multiverse of Madness? It’s possible. For one, there’s a possibility that every Marvel character could appear in the movie. Also, Scarlet Witch is one of the main characters in the movie.

So her using the Darkhold as well as Vision’s reappearance could be connected to each other. These things might be something that could hurt or help Wanda. He could pull her out of any trouble that Darkhold caused.

However, we need to remember that the last time she was desperate to see him, she held a whole town hostage. But if Vision doesn’t show up in the Multiverse of Madness, it might simply be a case of Marvel Studios wanting the two to stay separate for now and have their own adventures.

Also, the longer the separation, the sweeter the reunion. However, if Vision doesn’t show up in The Multiverse of Madness, maybe we will see him in another project like Disney+’s Armor Wars. But it’s possible that he might show up in the Doctor Strange sequel. 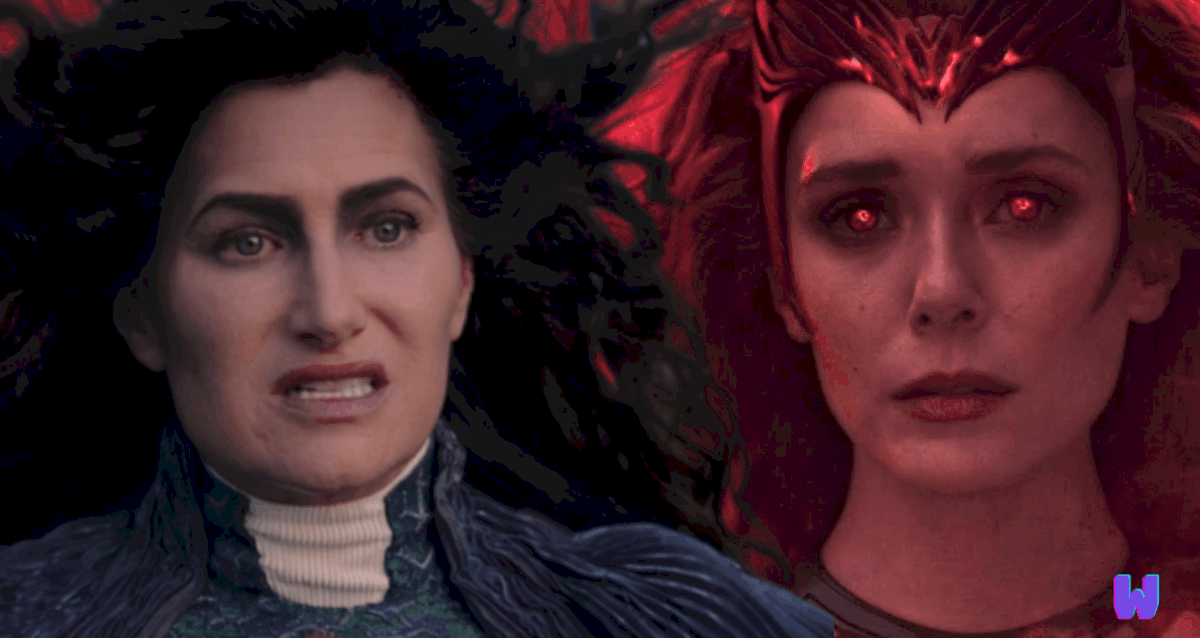 Agatha Harkness and the Scarlet Witch

WandaVision has revealed a lot about Wanda’s powers. We got to know that she didn’t get them from the HYDRA experiments. She always had them all her life.

At the end of the 8th episode of the show, Agatha revealed that the kind of powers Wanda is using to make and maintain the Hex, that viewers saw via the flashback to its formation in the episode is called Chaos magic.

In Wanda’s case, these powers let her maintain multiple strong spells all at the same time. She did all of these without consciously even thinking of them. It’s quite likely that Wanda will use this level of power in Doctor Strange in the Multiverse of Madness.

And she may be even more powerful, since she is studying the Darkhold to understand her powers and abilities better. But things might not go the way she wants because, in the finale of WandaVision, Agatha mentions that as the Scarlet Witch, Wanda is destined to “destroy the world.”

Now, this phrase can be interpreted in multiple ways. The original idea was for it to come true once the Hex got removed. But it’s possible that Wanda really will try to consciously or subconsciously destroy the world in Doctor Strange 2.

However, instead of MCU earth we are familiar with, Wanda might end up destroying an alternate universe to prevent derailing the storytelling of the future MCU projects.

But overall, if it happens, it will still be a huge deal for Scarlet Witch since she will learn just how much damage her powers can cause. We don’t think that Wanda will deliberately destroy any world. But her rage and sadness might make her do something that she will regret.

Who knows, maybe Wanda will try to destroy the main MCU Earth, but Doctor Strange will have to stop her. But will he be able to do that? To know that, we will have to watch Doctor Strange in the Multiverse of Madness when it premiers on May 6. But for now, you can catch up on WandaVision streaming on Disney+.

You might also like: Doctor Strange 2: How Chaos Magic And WandaVision’s Darkhold Will Wreak Havoc On The Multiverse