8 Hulk Versions That We Might See In Marvel Phase 4

Phase 4 of the MCU may include many distinct Hulk appearances. Hulk’s MCU storyline may have ended with Avengers: Endgame’s introduction of Smart Hulk, but Phase 4 will usher in a new chapter with the introduction of She-Hulk, who may have a significant effect on the post-Infinity Saga MCU.

As seen in the comics, the Hulk has appeared in many different forms, from the classic Savage Hulk who began the MCU to the Professor Hulk of Endgame. There is also a Hulk family spectrum made up of alternative timeline Hulks and other gamma-powered people. Marvel’s Hulk is most closely associated with identity struggle. So, the MCU’s strong emphasis on that aspect of the character makes further study of the same gamut on the big screen and in Disney+’s upcoming Marvel series a relevant new path.

Hulk may not have a standalone movie in the works, but his DNA may be used across Phase 4 of the MCU. Marvel may never address the fact that Banner’s Avengers: Endgame Hulk solution betrays the character. However, the possibilities for how many Hulk alternates and characters are created by Hulk’s genetics are impressive. Especially, given that there doesn’t seem to be much left in Hulk’ current storyline. Here are all the possibilities, from those that have been verified to those that are just hearsay. 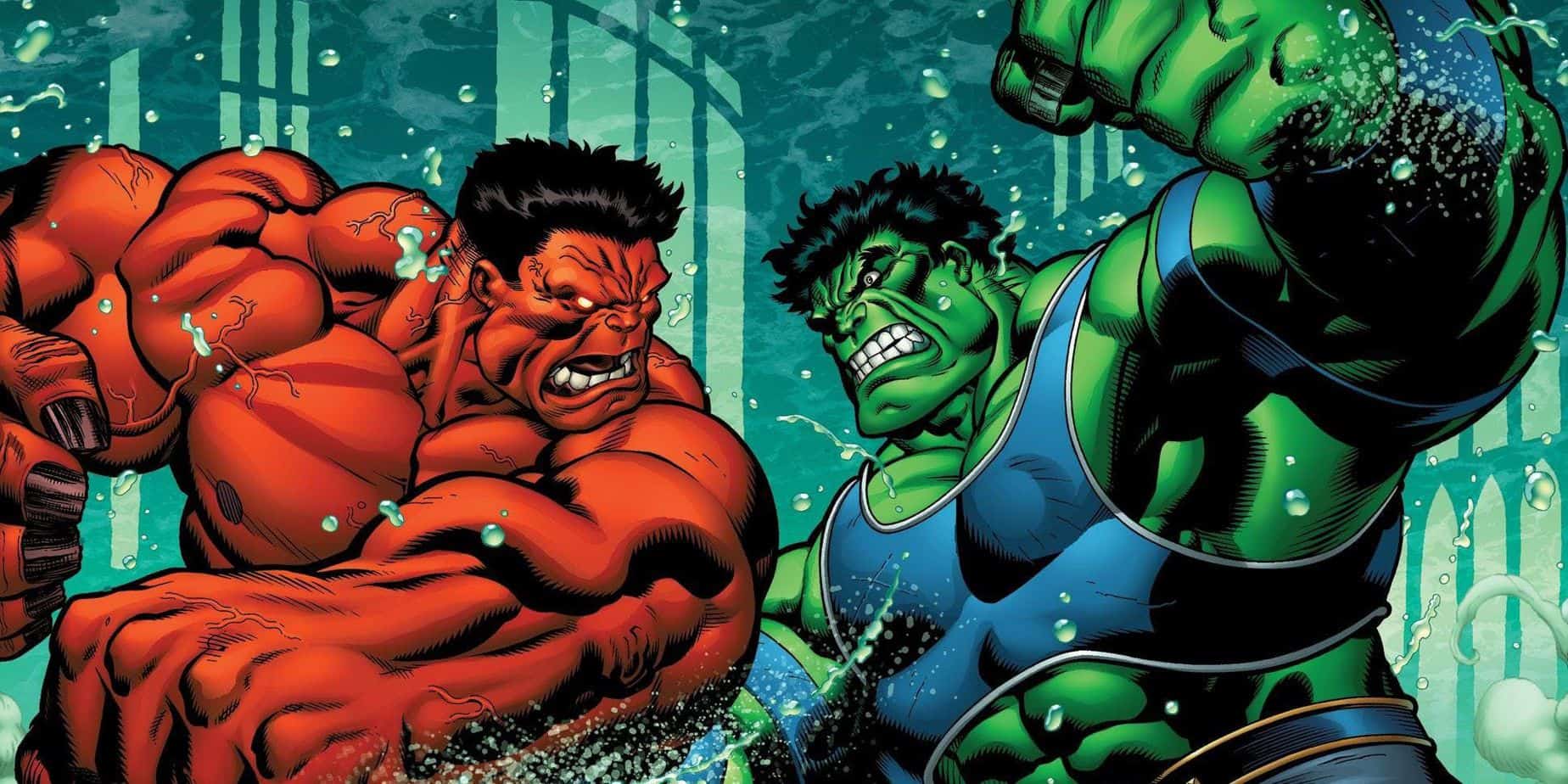 General Thaddeus Ross has been in the MCU since his surprise return in Captain America: Civil War. And fans will talk about the Thunderbolts and Red Hulk as long as General is in the MCU. Co-writer Christopher Markus revealed that the Red Hulk has previously appeared in two MCU draughts. First, in Civil War. Second, in Endgame. However, no definite plans have been made for the character. But now that Banner’s change into Smart Hulk has neutralized Hulk’s danger, and Ross is unlikely to embrace the notion of a publicly accepted Hulk given his obsessive loathing of his arch-enemy, the scene is set for Ross’ own transformation to strike down Hulk once and for all. Take control over She-Hulk’s look by utilizing Banner’s genetic material, which he still has after the events of The Incredible Hulk, to further his own development would be a logical choice.

The Abomination’s return to the MCU in Avengers: Age Of Ultron would represent the delayed conclusion of their plans if he appears in Phase 4. One of the most glaring plot holes in the MCU is the presence of the monster villain in the original Avengers. His last known location was an Alaskan cryostasis facility. And his return to the MCU is still a possibility as long as he stays in the shadows. As a poignant reminder of what Hulk might have become before Banner became into Smart Hulk, Abomination would be an intriguing addition to the Hulk’s narrative. Zemo’s reappearance in Phase 4 may force at least some of the Avengers to confront the demons of their past. This means Abomination could play an even more significant role in the plot.

The sole confirmed member of the Hulk family is She-Hulk. The character will make her on-screen debut in Disney+’s She-Hulk original series in 2022. Showrunner Jessica Gao revealed that Tatiana Maslany would portray both the eponymous hero and her alter-ego Jennifer Susan Walters. An emergency blood transfusion bestows a lesser version of Bruce Banner’s abilities on the lawyer, who is really his cousin. It’s unclear whether Disney+ would stick closely to this backstory, but a casting call suggested it would, as did the fact that the show referred to She-Hulk as a future Avengers member, which might imply she’ll appear in the films as well.

Dr. Samuel Sterns was exposed to Bruce Banner’s mutant blood in The Incredible Hulk. He is another figure who may be reintroduced into Phase 4. As a result, the Leader’s first official MCU appearance would have Bruce Banner’s ally turned into the long-term comic book villain, The Leader. This would have been addressed in the scrapped direct sequel. Falcon & The Winter Soldier is expected to bring back characters from the first MCU films, although Kevin Feige has already said that bringing back characters without the proper set-up is not a possibility. She-Hulk is one such option.

Hulk Emerges From The Hulkbuster

Seeing Smart Hulk came off as a surprise. Knowing that Bruce Banner will choose to continue to be Smart Hulk simply because it is tameable, or so to speak. But if MCU brings back the original, savage green monster, fans would be beyond ecstatic to see what this old version of the Hulk would do. Irrespective of what circumstances, whether a blast from the past or the original Hulk in the present, phase 4 has a lot more in store. Imagine, the original Hulk in the upcoming She-Hulk series. What do you would that look like? 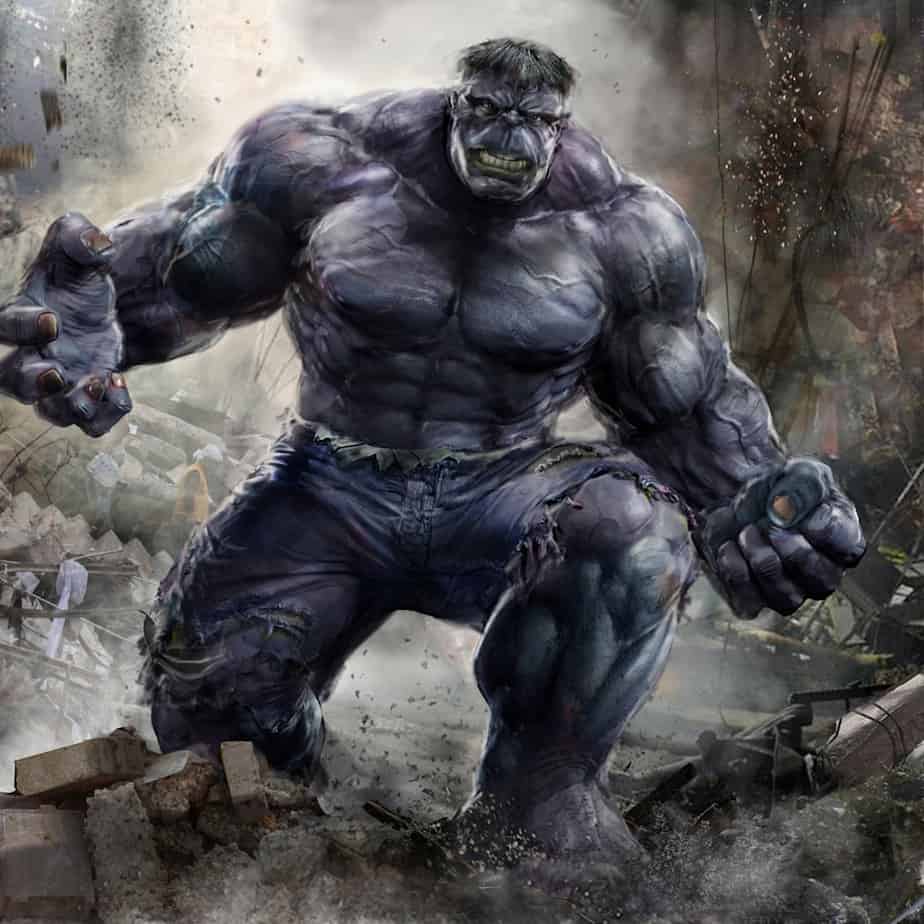 It is hard not to state that fans certainly love the different Hulk versions they have seen so far. It is only a matter of time that other Hulk versions will be unveiled till Phase 4 ends in 2023. A different Multiverse Hulk like the Grey Hulk would reveal so much more about the originality of The Hulk. Grey Hulk was the original Hulk, and he could only become a hulk in the dark. As a result of Bruce Banner’s frequent usage of gamma radiation projectors, which allowed him complete control over his transformation, he became the far more powerful Green Hulk. This version of Hulk has a cocky attitude and a dry sense of humor. He’s a lot more civilized than Green Hulk and in charge of his own destiny. He also enjoys making fun of his foes.

Smart Hulk should play a role in the original narrative of She-Hulk, rather than appearing in an upcoming Avengers movie. Since Bruce Banner is now the “Smart Hulk,” it stands to reason that Jennifer’s metamorphosis was caused by his blood. It’s unlikely that Banner would deliberately put Jennifer’s life in danger even if she were in danger of dying. However, this is only assuming the comic origin is repeated. His new perspective on life may allow him to perceive his illness as less of a burden now that he’s achieved equilibrium. For the time being, an appearance in She-Hulk matches Banner’s new form returning in future films.

She-Hulk’s presence of a youthful Bruce Banner would be the least impressive of all of the Hulk’s “variants”. One theory has it that She-Hulk’s Disney+ show would include a 10-year-old Bruce Banner. This would indicate that MCU viewers will witness something the series has so far avoided: Bruce’s history. A solo show on She-Hulk has made Jennifer Walters a central character. Consequently, it’s probable that the family ties she has with Bruce will be addressed. Specifically, if his blood is the only thing that may rescue her from certain death.

Naturally, this means Bruce will remain unaltered. However, the MCU mythology surrounding the “genetic markers” that made the twins ideal HYDRA candidates during Strucker’s trials may be explored further. If that’s the case, it may help explain why Banner’s ancestors were so prone to a genetic mutation. That should imply that both the juvenile Hulk and the adult Hulk versions will feature in She-Hulk.