8 Most Powerful Cosmic Entities In The Marvel Universe 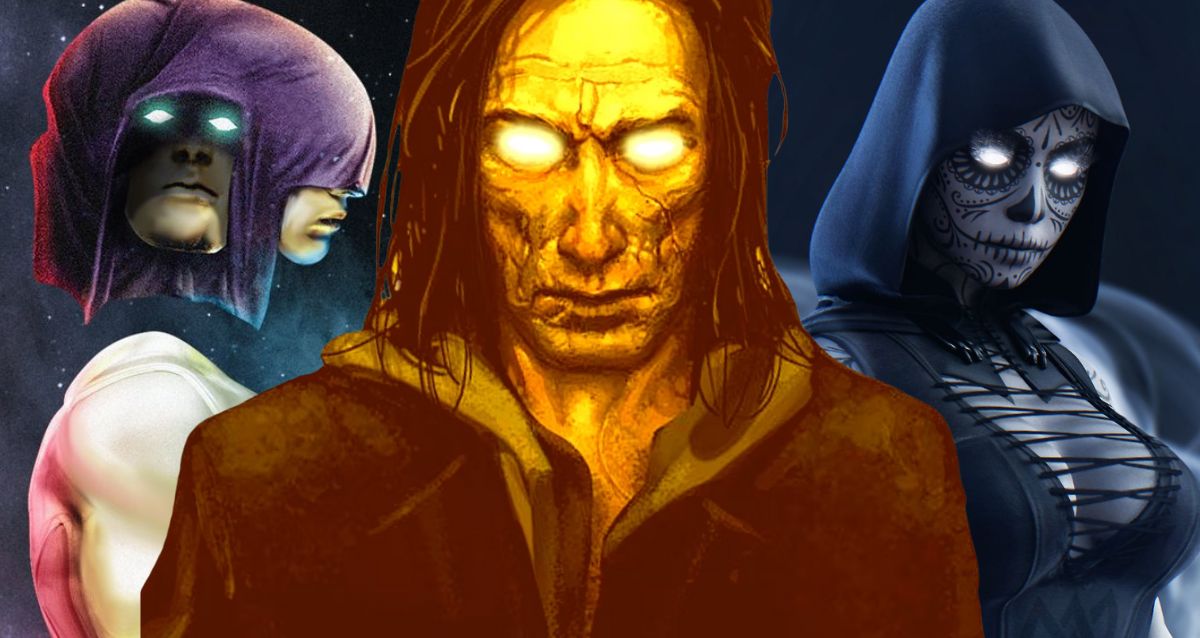 Cosmic Beings of the Marvel Universe are not just giants in their size, they also have a tremendous amount of power. They can create and destroy worlds at their will. However, many of these entities do not interfere directly rather they prefer to play background roles unless necessary.

Here is our take on some of these powerful cosmic beings in the Marvel Universe. 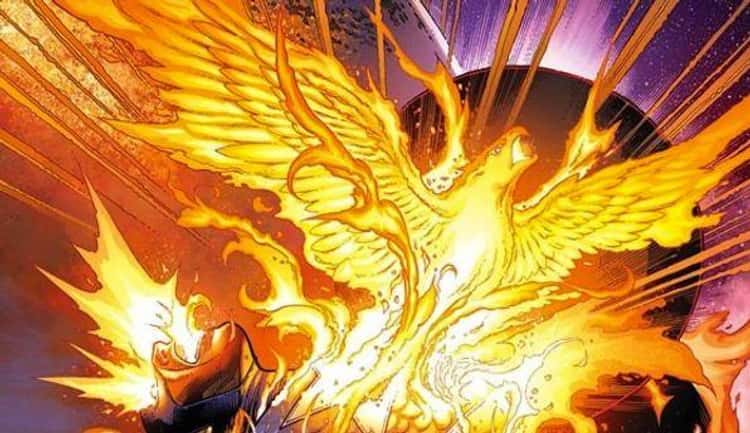 Jean Grey, has been the most notable host of this powerful cosmic energy being. The Phoenix force is believed to predate the darkness and is stated to be the fire from which all things were born. It is an immortal and indestructible manifestation of the force of life in the universe. When it inhabits a host, it not only amplifies its powers but also grants them additional strength. The Phoenix force has seen two unfortunate ‘really bad’ live-action adaptations (X Men: The last stand and X Men: Dark Phoenix). Hopefully, Marvel might improve on it in the future. 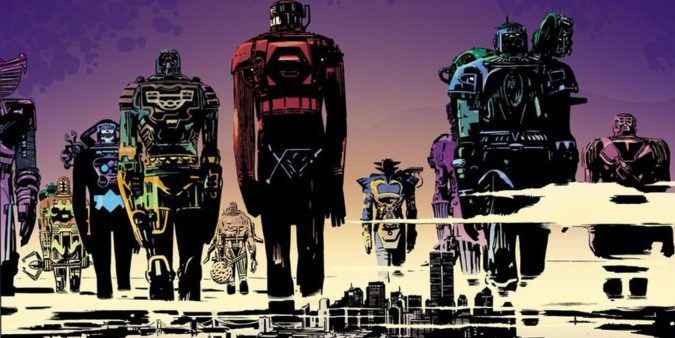 Created by the First Firmament (the first sentient universe), these “Star Giants” or “Space Gods”, are responsible for the creation and management of new universes. They also have created powerful alien races like Deviants and Eternals. Their powers transcend time and space. They visit planets—in what is known as Celestial Hosts—to experiment on, and judge, lower life forms. Seemingly immortal, they utilize themselves and each other to infinitely sustain their lives. The Celestials made their first full live-action appearance in Eternals (2022).

6. The Embodiments of the Universe: Eternity, Infinity, Oblivion & Death 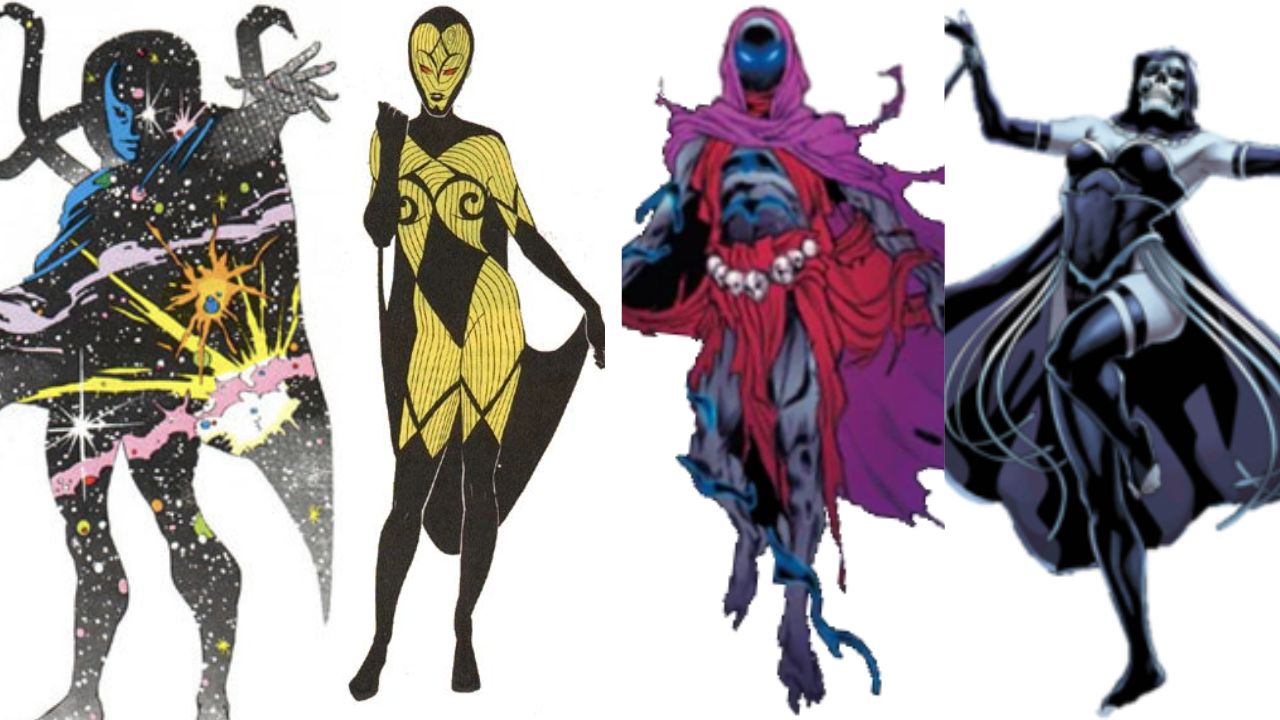 Considered as the embodiments of different aspects of the universe, these “siblings” are some of the most powerful beings. While Eternity and Infinity represent the ever-changing reality of the universe, their counterparts – Oblivion and Death, represent the end of everything. They can manipulate space, time, reality, and more. Eternity has recently made its live-action appearance in Thor: Love and Thunder (2022). The first being to ever exist – Nemesis, is also considered responsible for the creation of the known universe. However, due to her loneliness, she chose to end itself which led to the formation of “inglets” called Infinity Gems (or Infinity Stones in the MCU). The Cosmic Observer – The Beyonder, is a cosmic being from another universe called the Beyond-realm. He mostly observes events across the multiverse and had even orchestrated the events of Secret Wars in the comics, where he teleported numerous villains and heroes to his own “Battleworld”. He desires to know more about human and their nature. As a result, he even once came to earth and wanted to spend time among them. He interacted with the heroes, villains, and cosmic beings to understand the meaning of desire. His frustration with this attempt led him to become more and more erratic and dangerous to the rest of the multiverse. He was finally killed by the Molecule Man. An embodiment of the first universe to ever exist, the First Firmament is the creator of Aspirants and Celestials. The Aspirants, were industrious in their worship of its creation and seeked its approval whenever they created life on their own. But the Celestials, wanted their creations to evolve and for the universe to evolve with them, and thus know growth, change, and mortality. This conflicting views of both of its creations led to a Cosmic War, which ultimately shattered First Firmament into pieces. These pieces then resulted in the formation of several universes and thus the Second Cosmos or the first Multiverse was born. 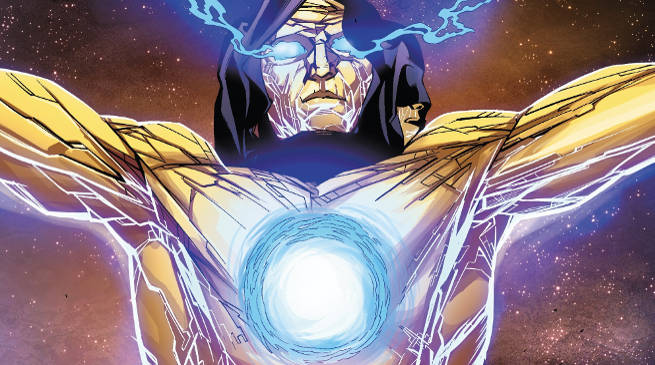 The judge of the Marvel Multiverse, the Living Tribunal is a single entity existing across the multiverse. He serves at the will of the creator of the multiverse, The One Above All. He has three heads: the half-cloaked face represents Vengeance, the cloaked face represents Necessity, and his full face symbolizes Equity. All of these three faces are used by him to look upon the world and judge. His job is to safeguard the multiverse from mystical imbalance. He transcends the realms of death and eternity, order and chaos, and all opposing realities. It first appeared as a quick flash in Doctor Strange In the Multiverse of Madness (2022).

1. The One Above All The One Above All

The one supreme ruler of the multiverse, The One Above All is the ultimate source of love and good. He is omnipotent, omnipresent, and omniscient and is above all cosmic power and abstract entities in Marvel Multiverse. It rarely intervenes in multiversal matters, except for the instance when he took the form of a homeless man. He willingly appeared to Peter Parker, when his aunt was on the very verge of death, teaching Peter to accept death as a natural part of life. Since it cannot harm or destroy things directly, it has a counter-dark entity known as One Below All for the destruction of things.