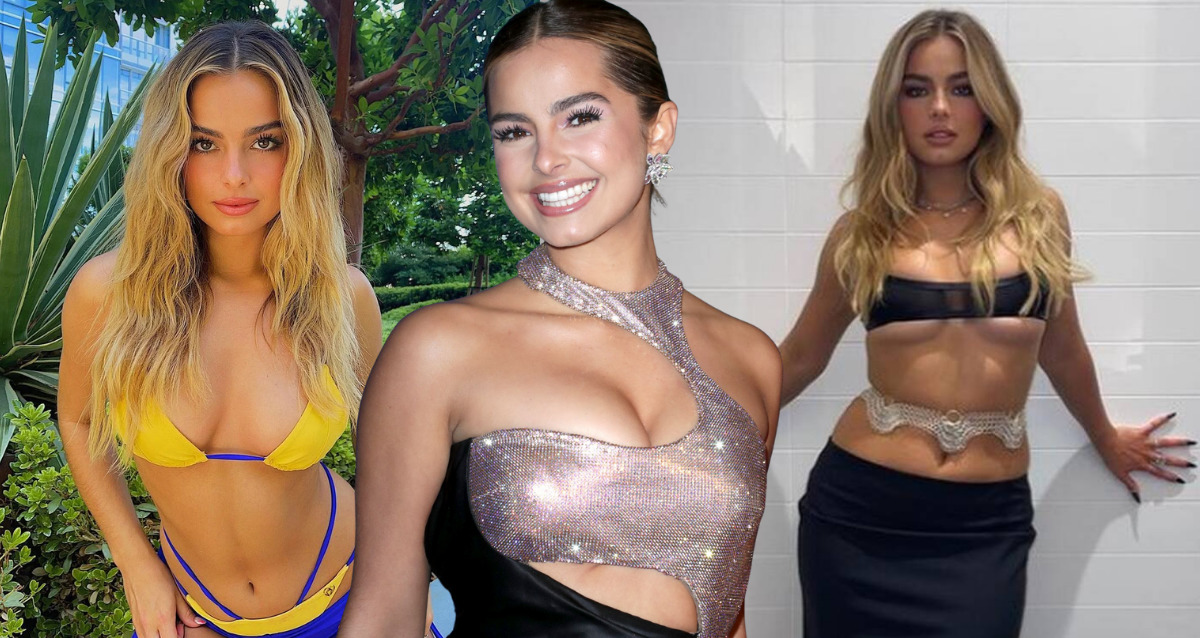 TikTok queen Addison Rae sent temperatures soaring while flaunting her killer curves in a bikini with a zebra print on Wednesday.

The 21-year-old brunette beauty showed up for a beach getaway. The star was photographed as she jumped around in the ocean as well as painting her nails blue on the shore. Getting to her official Instagram account, the stunner addressed her 40 million followers by adding the caption: ‘Life is beautiful. Just a girl in paradise.’

The latest update comes after Addison Rae, who is good friends with Kourtney Kardashian, took her 22 year-old boyfriend Omer Fedi to the BMI Pop Awards in Los Angeles last week. 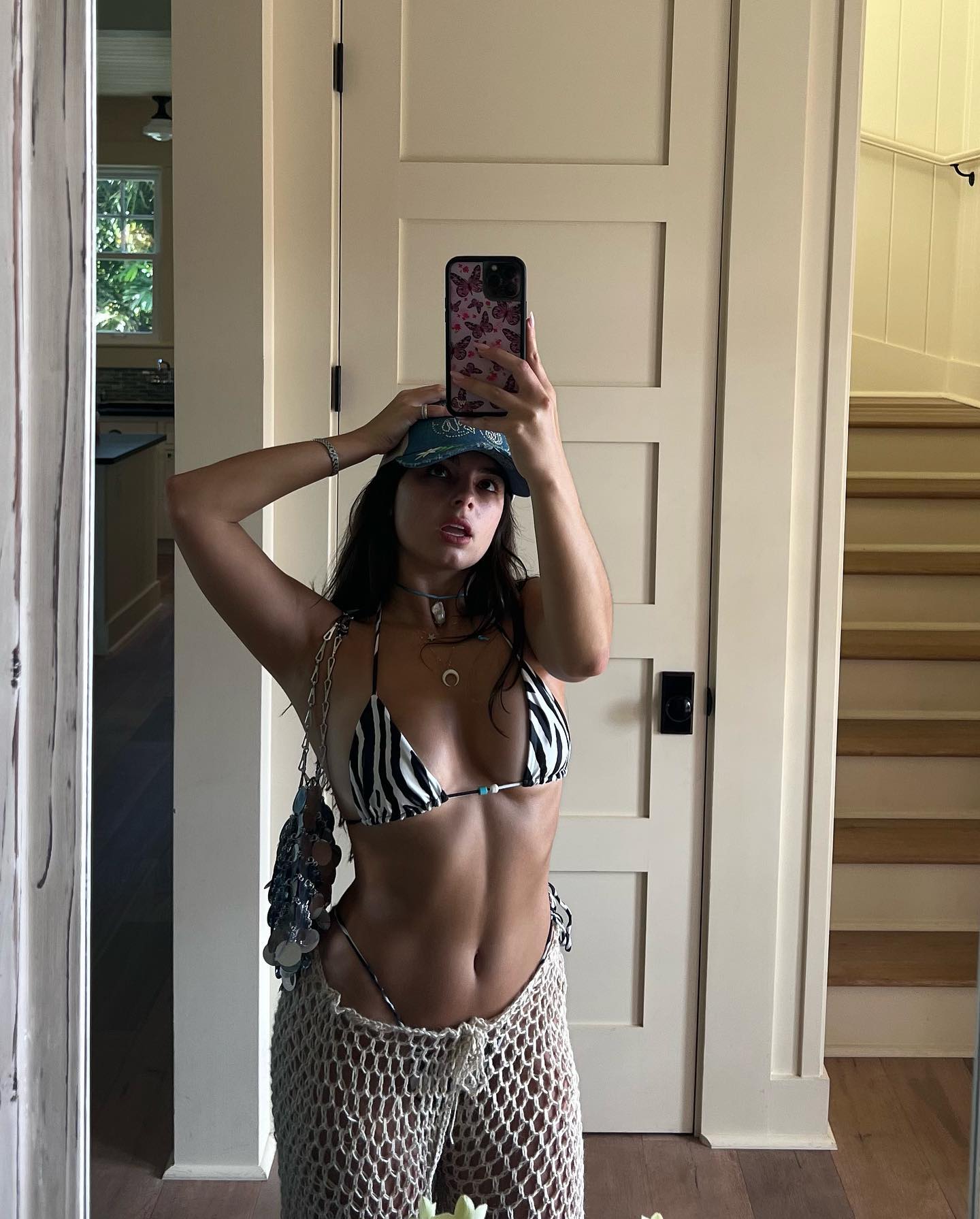 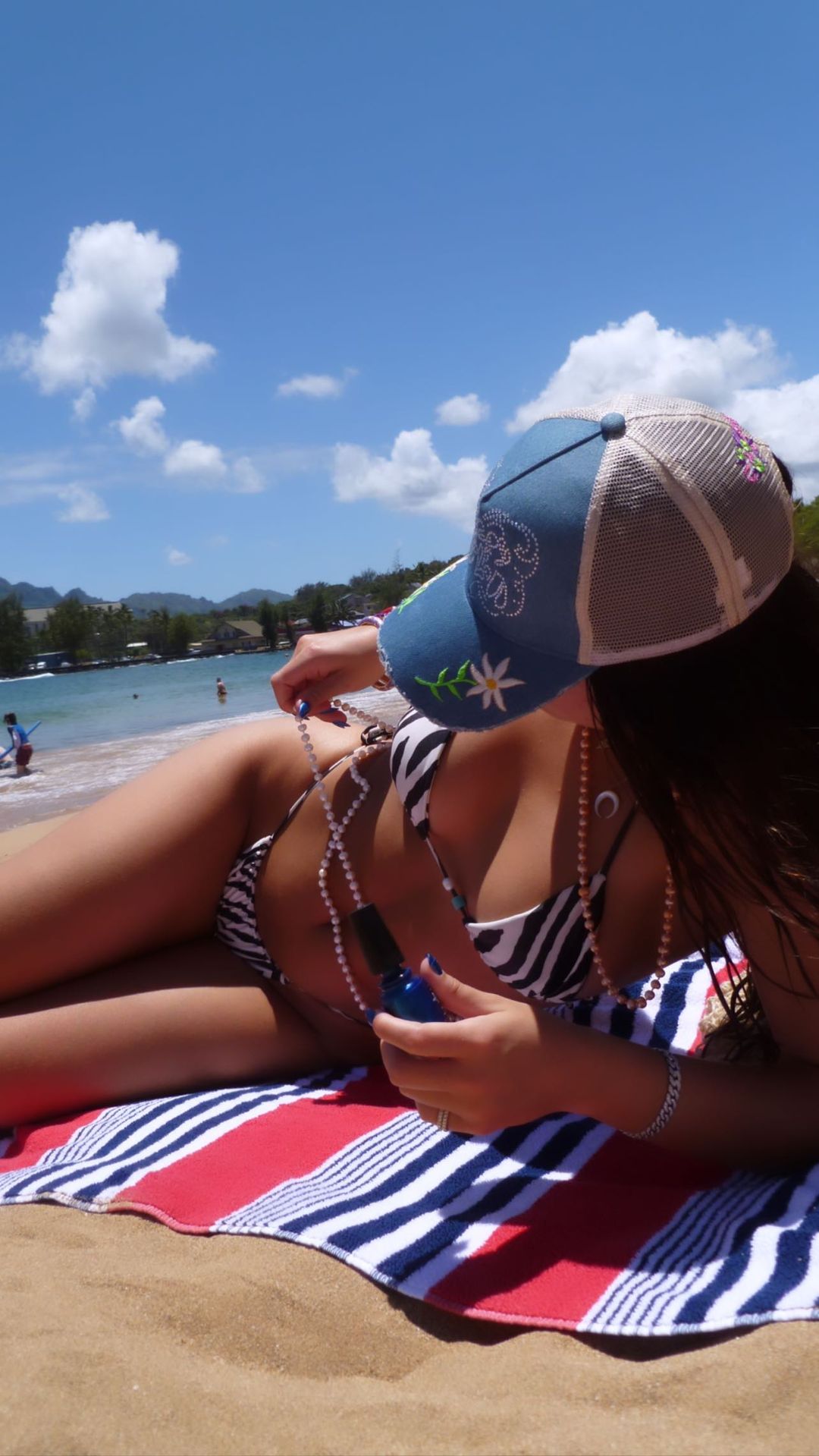 The He’s All That actress kept her fans involved by posting new images to Instagram from her trip.

Addison Rae donned a little strappy swimsuit when by a white sand beach in a tropical location.

In the latest tantalizing shots, Addison Rae styled her long brunette tresses in gentle waves that cascaded over her chest. Also, she wore light makeup except for her heavily glossed peach lips.

The budding actress had her manicure done flawlessly. Her nails were long and a bright blue, the kind that might be seen on a sports car. 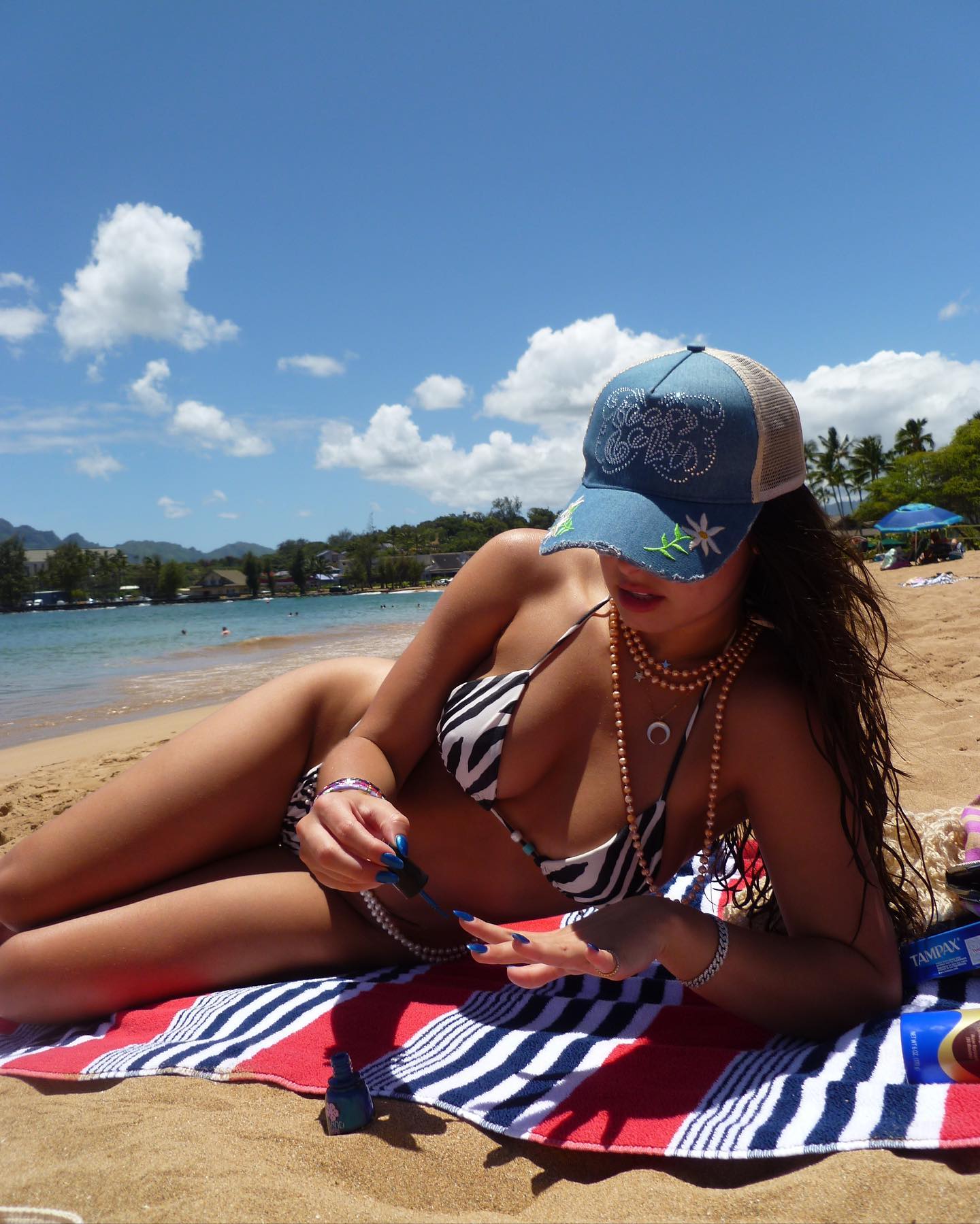 The budding actress had her manicure done flawlessly

As for accessories, Rae had a pearl necklace around her waist and colorful beads around her neck as she added bracelets and rings.

The TV star was also seen taking a mirror selfie inside her hotel room. 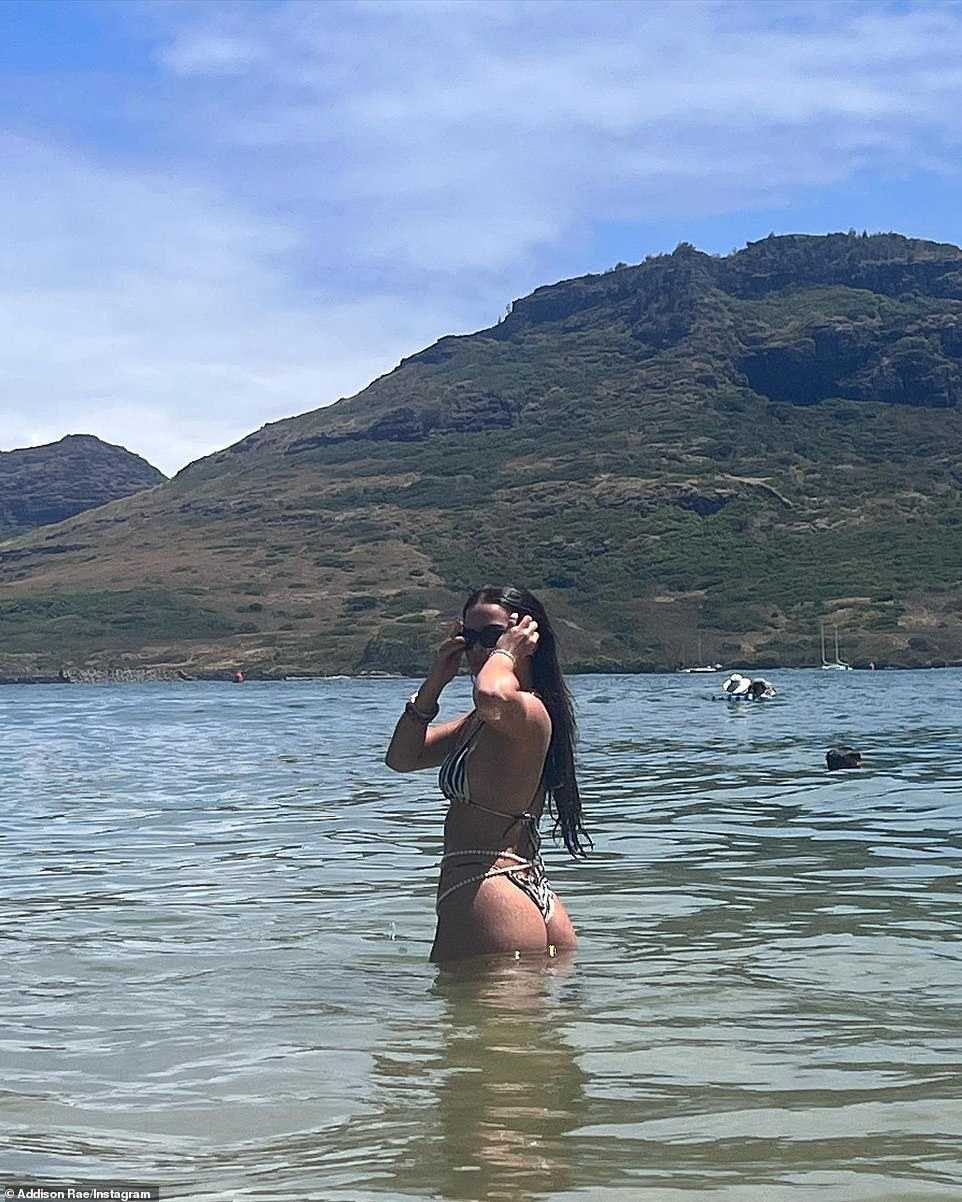 ‘Life is beautiful,’ the pinup wrote in her Instagram caption 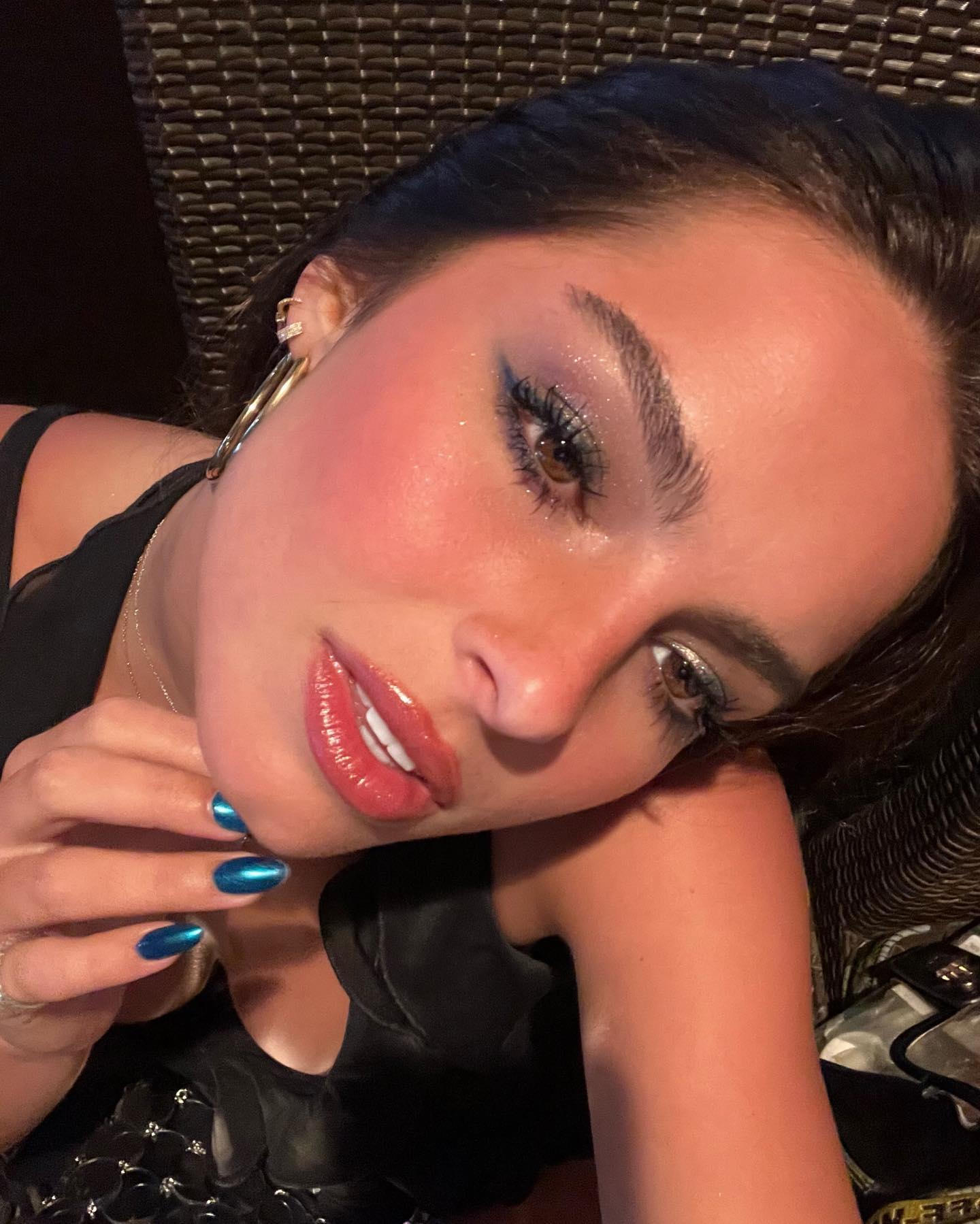 The budding actress made sure her nails were on point: they were long and a bright blue

Addison Rae Gets Into PDA With Boyfriend Omar Fedi

While attending the BMI Pop Awards show, her beau Omer could hardly keep his hands off his stunning girlfriend. The pair looked absolutely stunning together as they posed for the cameras.

In one shot, Addison looked a little off balance as her boyfriend kissed her cheek.

Meanwhile, last month Addison Rae revealed that she is ‘going home’ for a new series.

The social media sensation is very fond of her life in Los Angeles. But despite the sweet hustle of the city, she has been longing for her roots in Louisiana. As a result, she has decided to take some time to reconnect with her friends and family for new Snapchat saga ‘AddisonRaeGoes Home’. 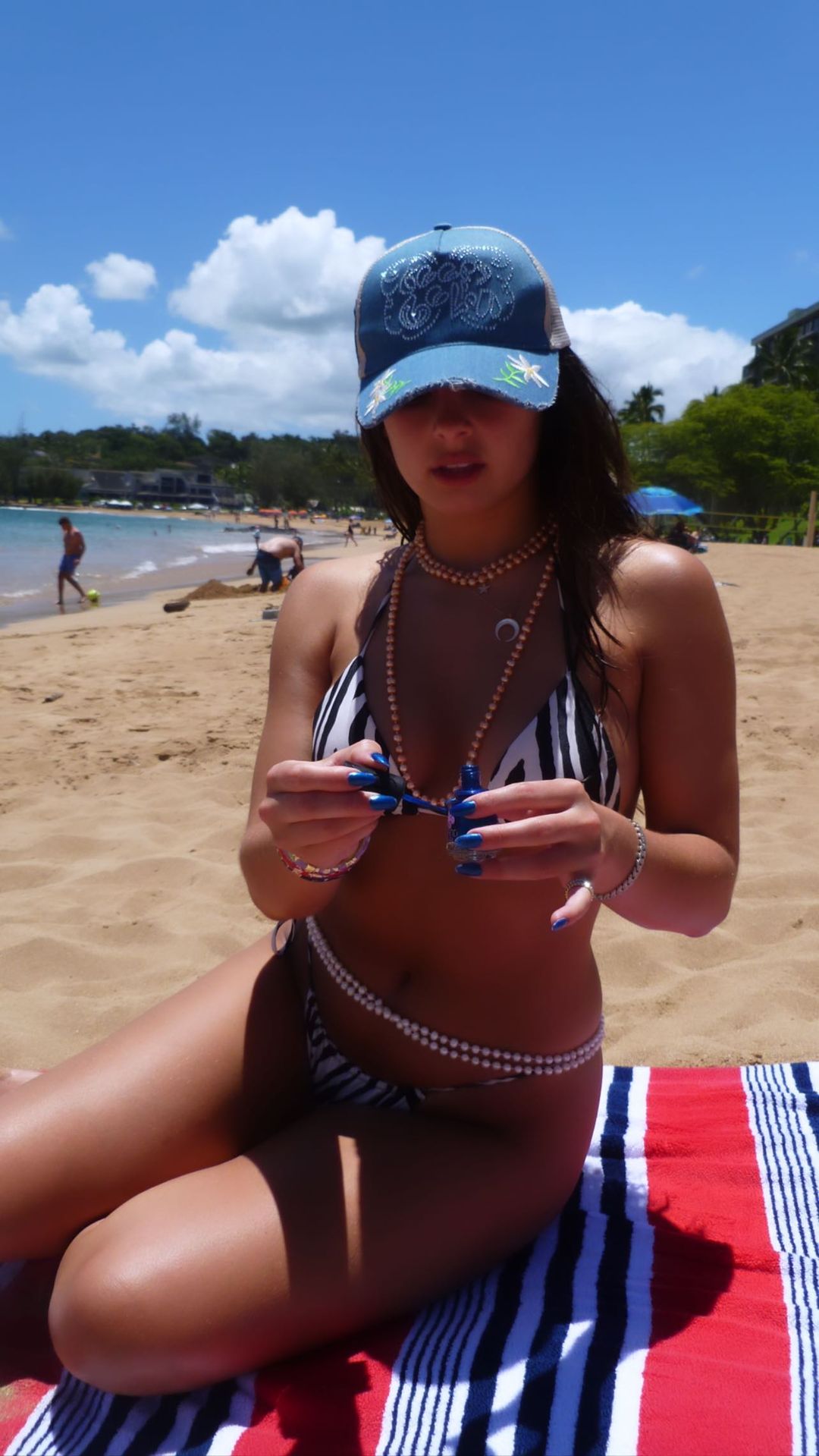 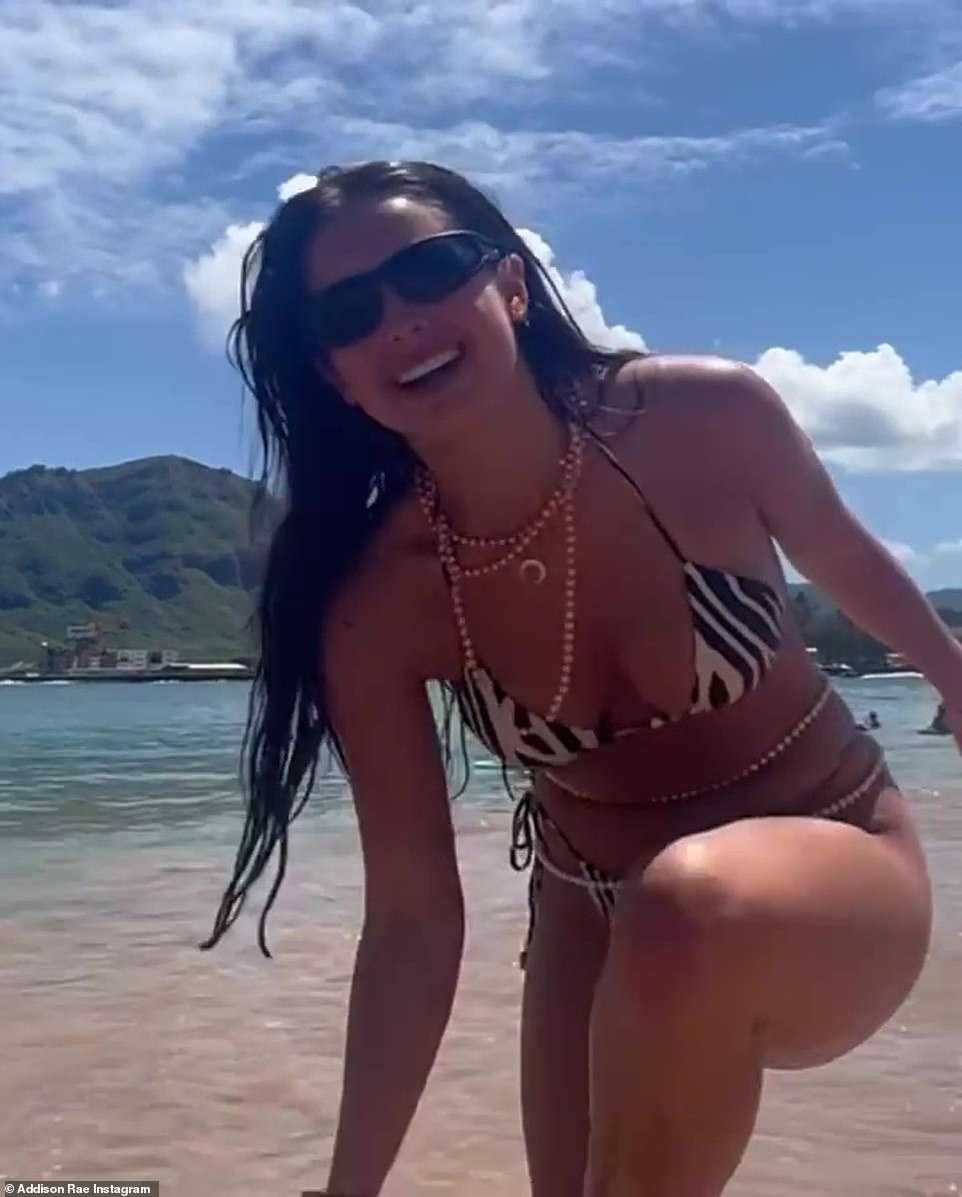 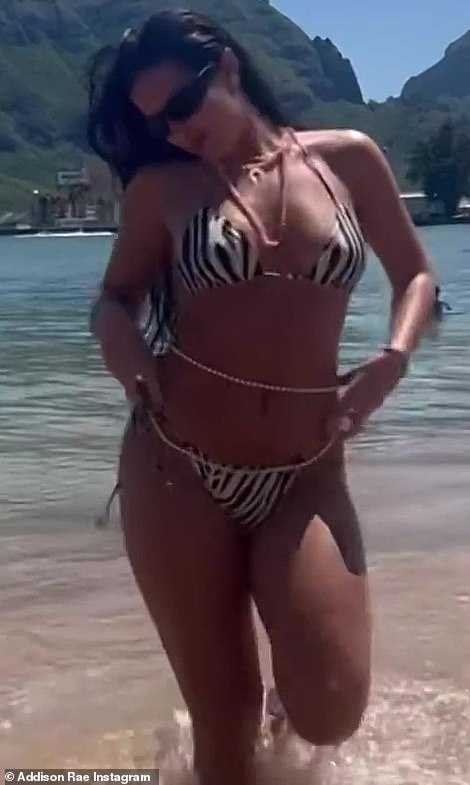 She’s Returning To Her Roots For A Series

A trailer for the 10-episode program shows Addison revisiting her childhood haunts and hanging out with her family and old friends.

In a voiceover, she said:

‘I’m Addison Rae but before I was a social media star with 80 million followers, I was just Addy from La. As in, Louisiana.

‘It’s been an amazing adventure but lately my heart has been calling me home. I’m back in Lafayette to reconnect with my family and friends, and revisit my roots. 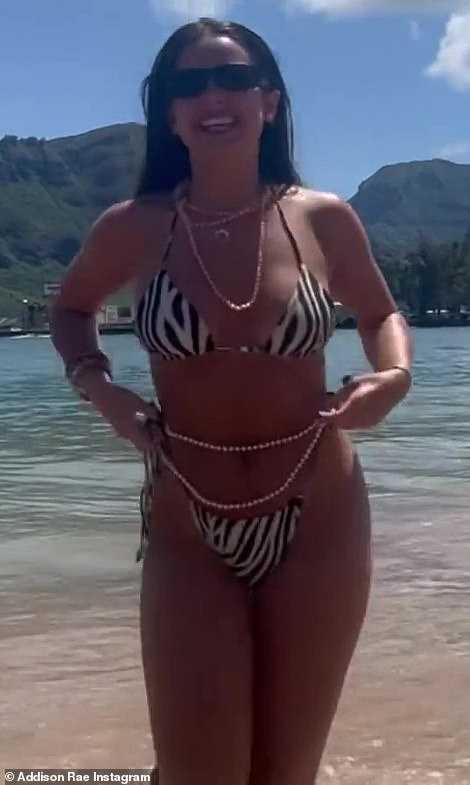 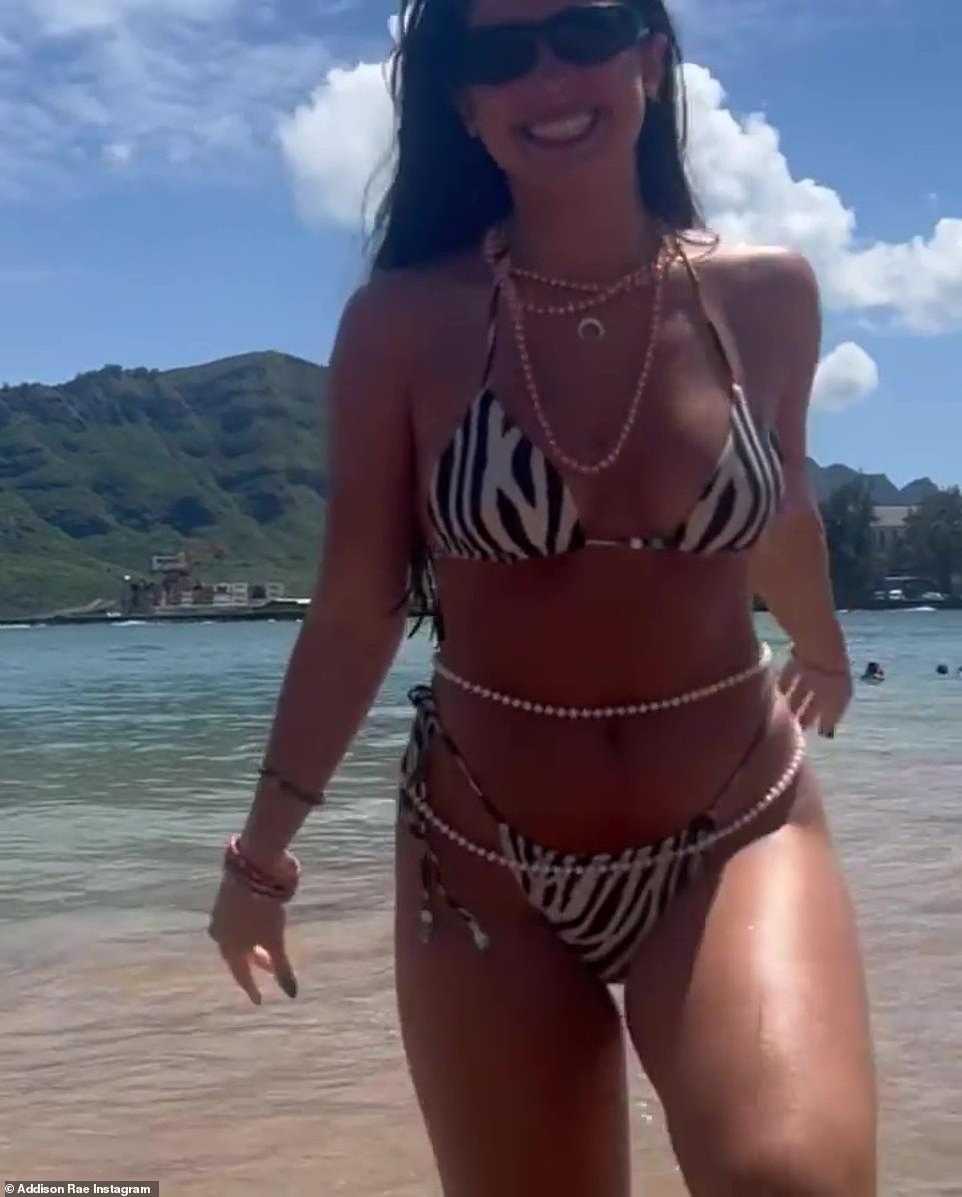 Last year, the star claimed she had to work ‘much harder’ in order to make it as an actress

‘My life has changed so much in the last few years. But have I?’

Also in a report last year, the star talked about how she had to work ‘much harder’ in order to make it as an actress because of her social media fame.

‘People haven’t really seen the background, or the classes I used to take and things like that. So I try to tell myself, “You have to work that much harder to get people to take you seriously.”‘ 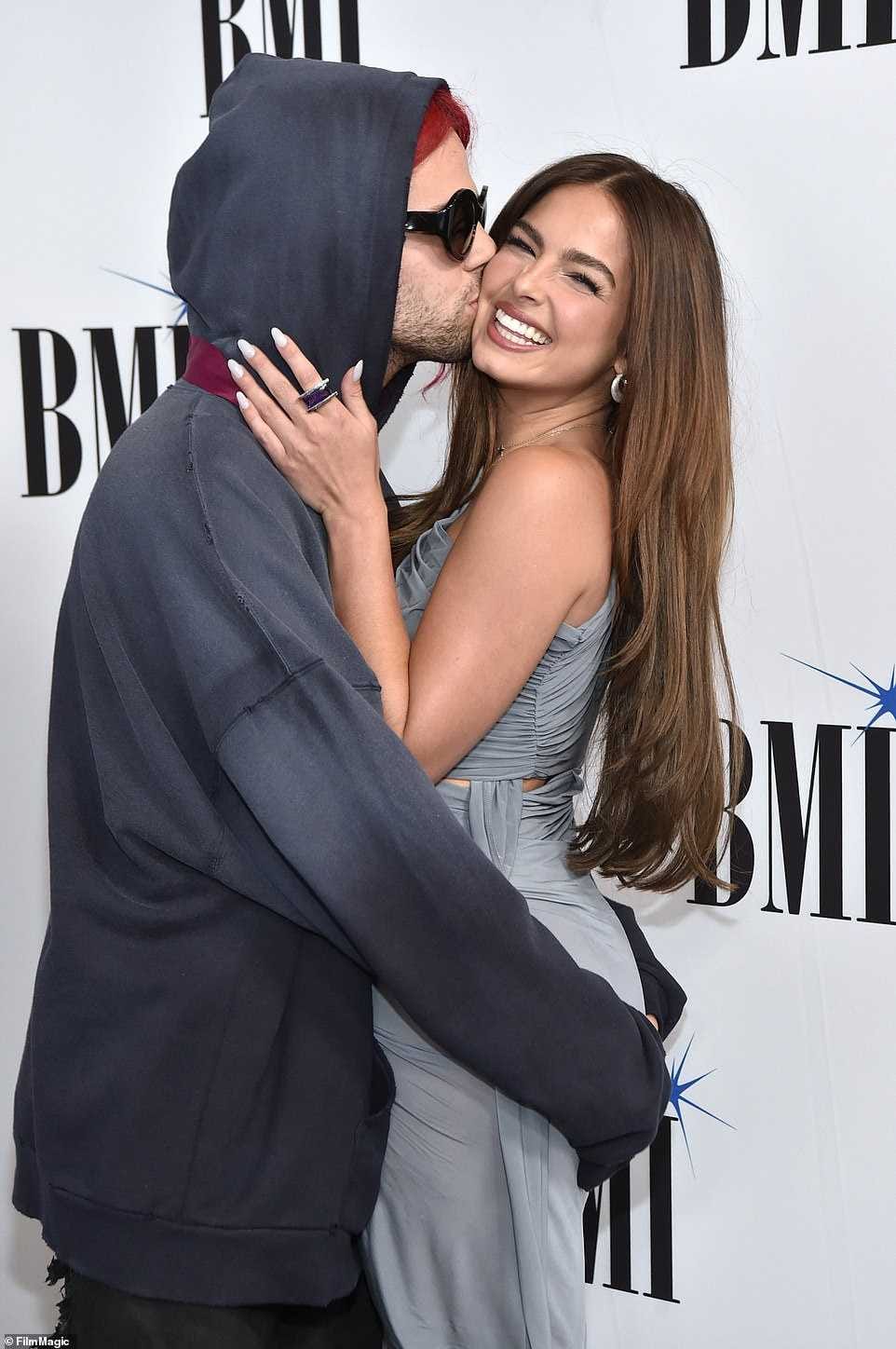 At the BMI Pop Awards show, her beau Omer could hardly keep his hands off his stunning girlfriend as the couple posed together for the cameras 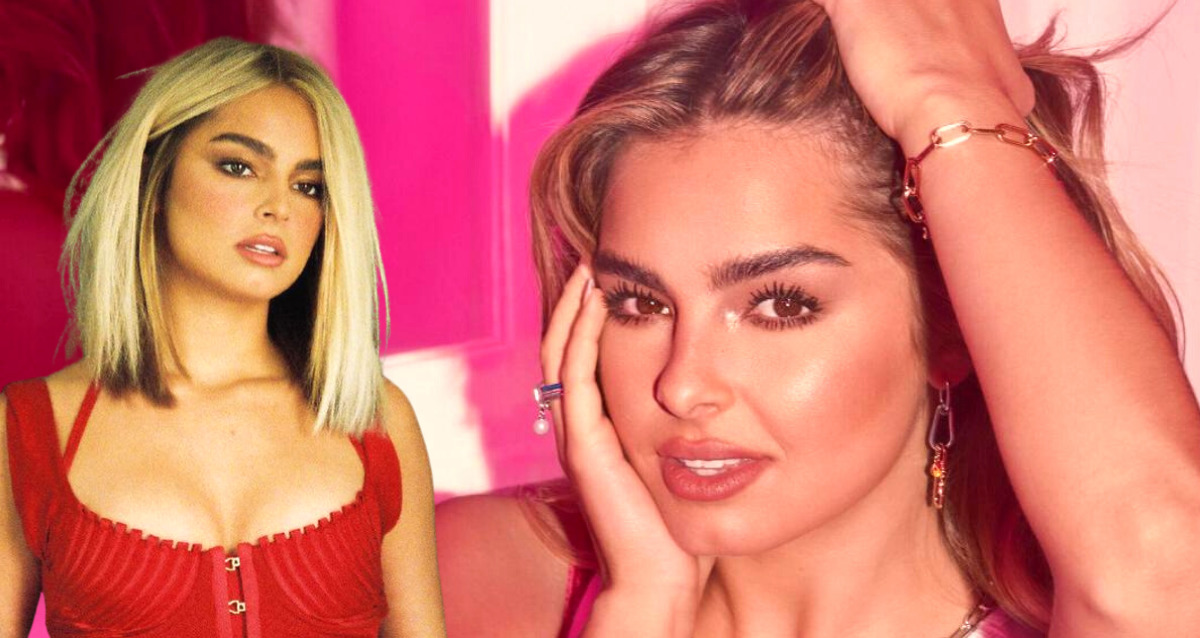