Alessandra Ambrosio took to the gorgeous beach in Malibu to spend some quality time with her boyfriend, Richard Lee, this weekend.

The 41 year-old Brazilian model soaked up the scorching sun in a lime green bikini as the lovebirds got competitive with a beach volleyball match.

Alessandra was absolutely glorious in her tiny swimsuit. The thong-style bikini bottoms drew focus towards her toned legs as she flaunted her sporty skills.

Alessandra Ambrosio hit the beach at the weekend

Alessandra Ambrosio never broke a sweat in the Malibu heat. She sported a yellow trucker hat to her beach ensemble and accessorized with beaded necklaces.

She also wore a pair of tiny blue shorts over her bikini for the volleyball game along with some wrist braces.

Later that day, the fashionista later donned an orange and white crochet crop top over her swimwear as she walked from the beach to her car.

While competitive, it was a playful dynamic between Alessandra and her beau Richard as they enjoyed the day and embraced their way through the match.

She lapped up the sunshine in a lime green bikini

Alessandra looked incredible in her swimwear

Before Richard, the fashion industry personality was in a long-term relationship with Jamie Mazur. Alessandra was briefly engaged to Jamie at one point.

When they were together, the two birthed a son and daughter. But they split up in 2018.

Ambrosio gradually got back into the arena when she started seeing Lee. the supermodel was first spotted with Richard in February of last year. 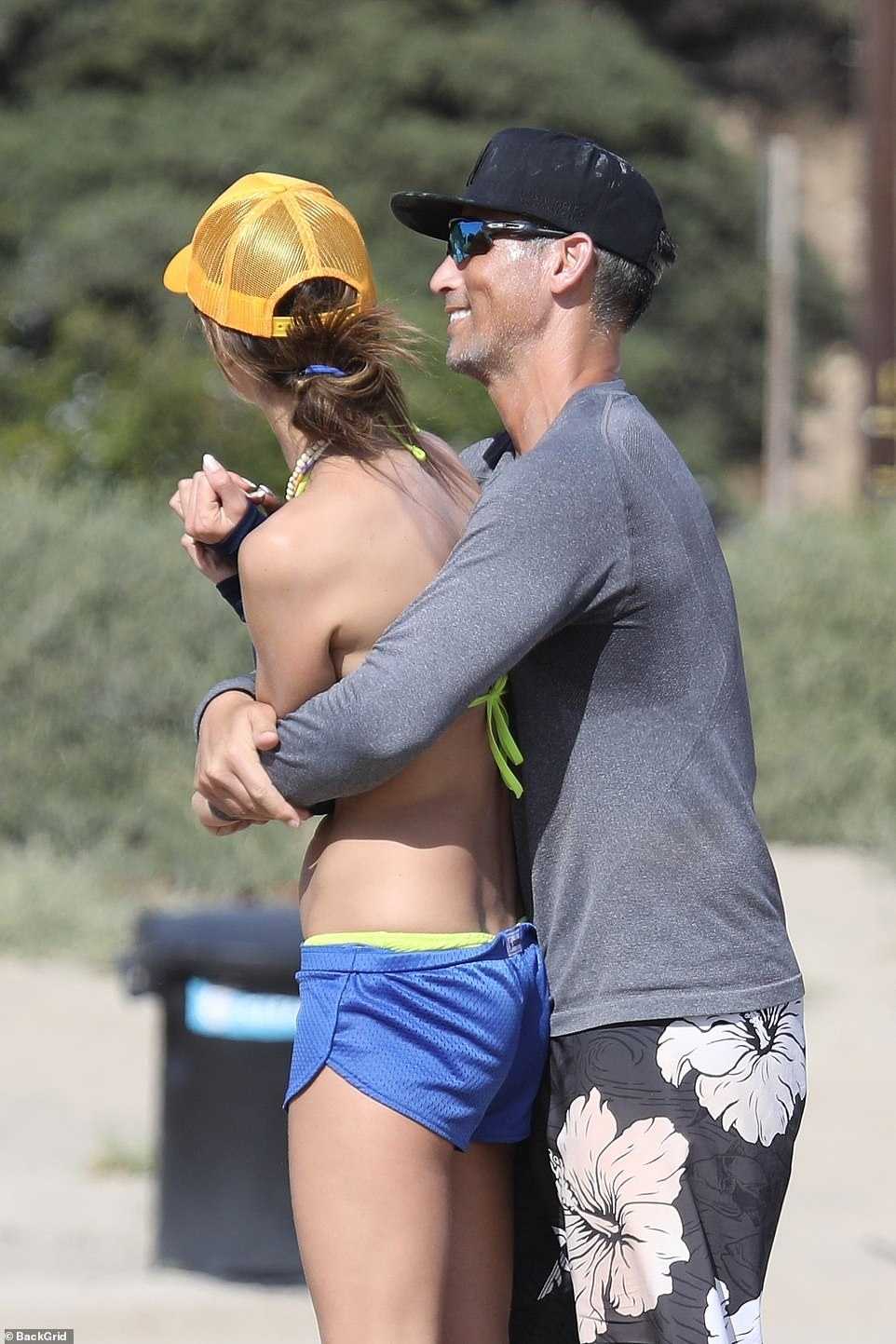 Richard wrapped his arms around his girlfriend

She added a pair of tiny blue shorts over her bikini 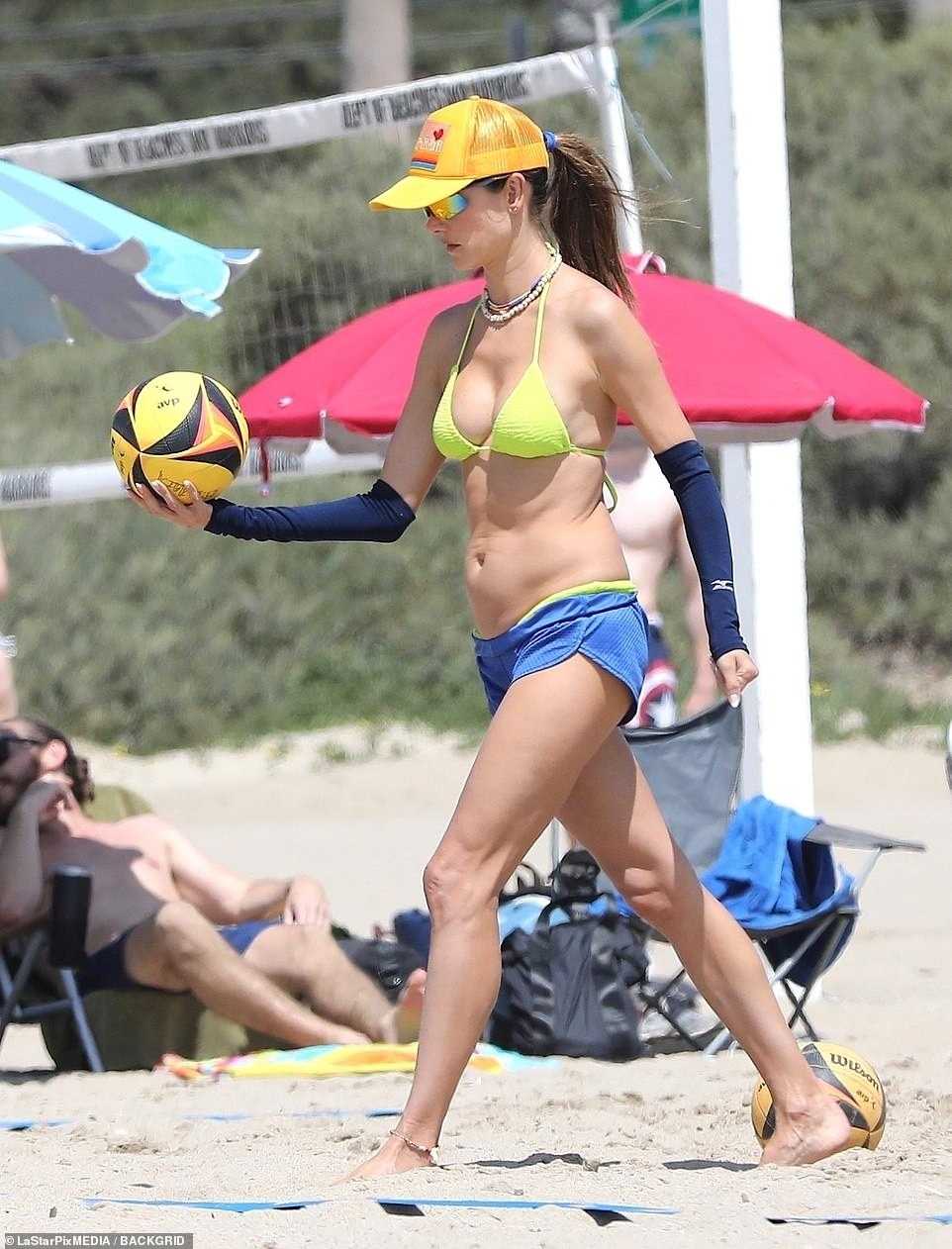 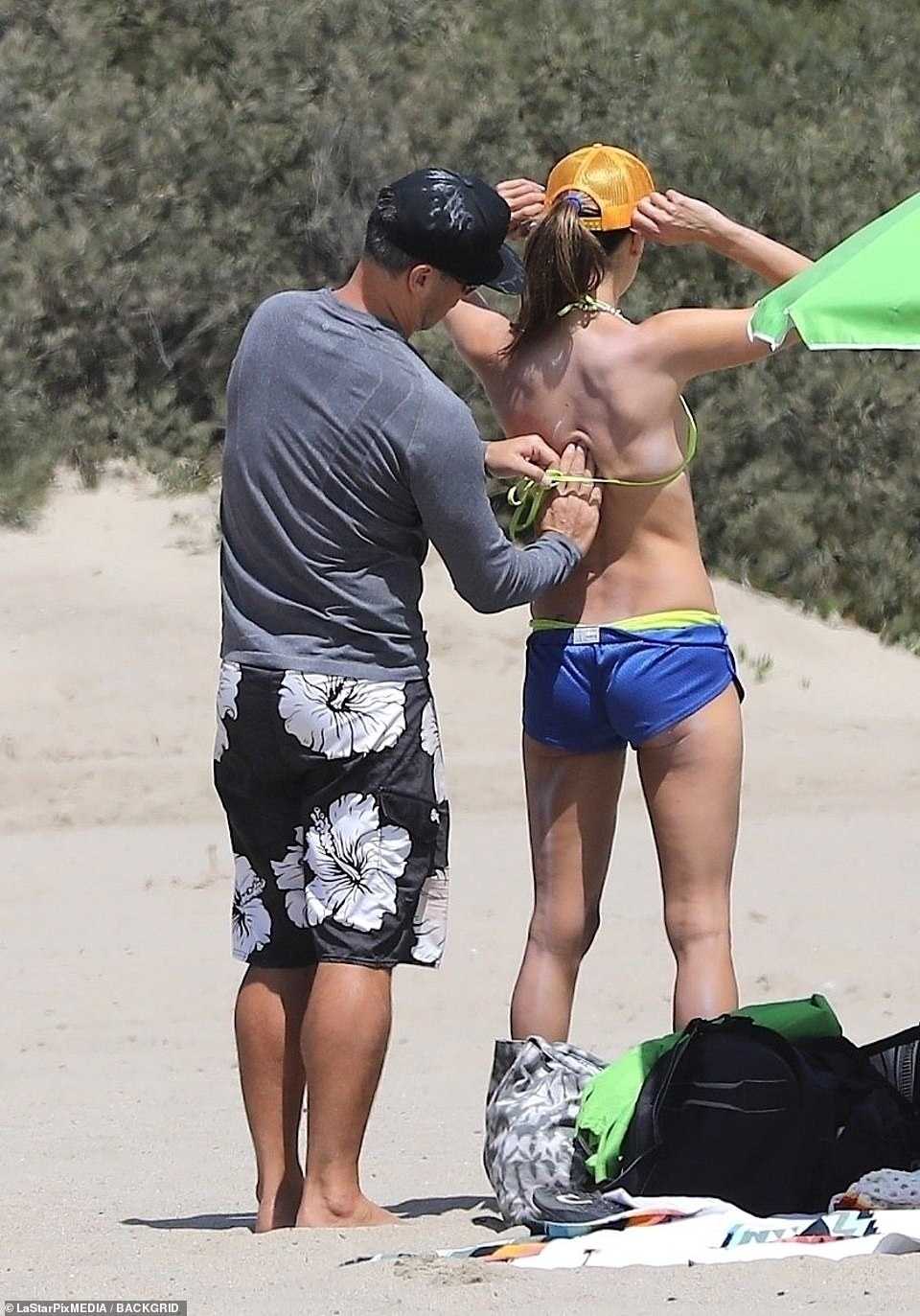 Her beau was seen rubbing suncream into her back

In other news, Alessandra Ambrosio received major limelight recently when she appeared in Kim Kardashian’s Icons campaign for her Skims’ brand. The star was accompanied by fellow catwalk icons Tyra Banks, Heidi Klum and Candice Swanepoel as well as Kim herself.

In addition, the multi-talented Alessandra has also collaborated with Patricia Bonaldi, Founder and Creative Director of PatBO. The model fronted a new capsule collection which will launch on June 20th. 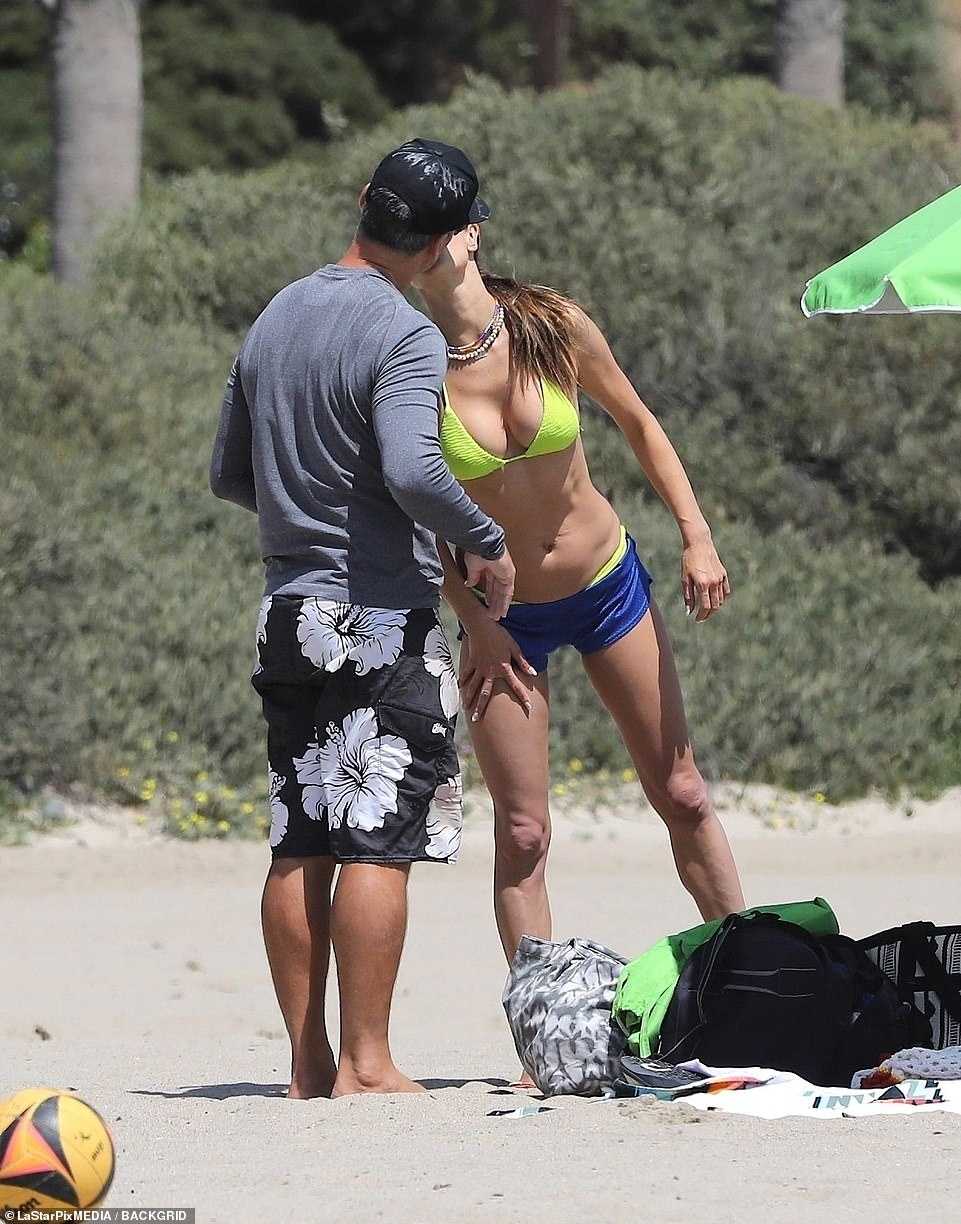 The lovebirds couldn’t help packing on the PDA between points

Alessandra Ambrosio gave her ardent fans a little insight of the bohemian-chic collection. This was on weekend one of Coachella in Indio, California.

‘I just can’t wait for everyone to get their hands on this stunning collection as I feel there are so many must-have pieces, June can’t come soon enough,’ said the Brazilian beauty.

‘Being from Brazil I have always admired Patricia’s commitment to supporting local artisans and creating opportunities for people in our home country.’

Alessandra looked at home as she practiced her ball skills 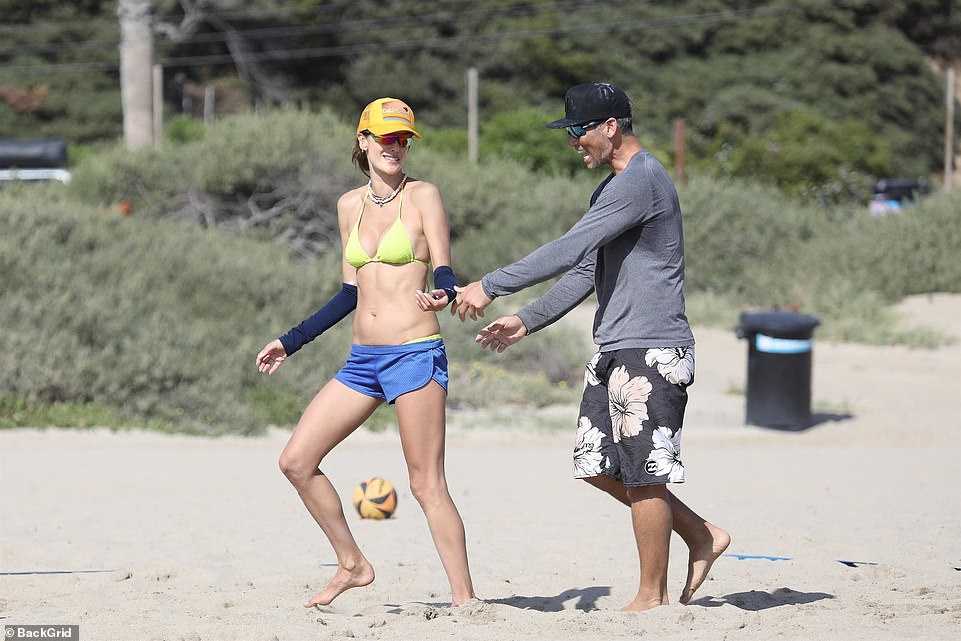 She was also spotted at Coachella last weekend 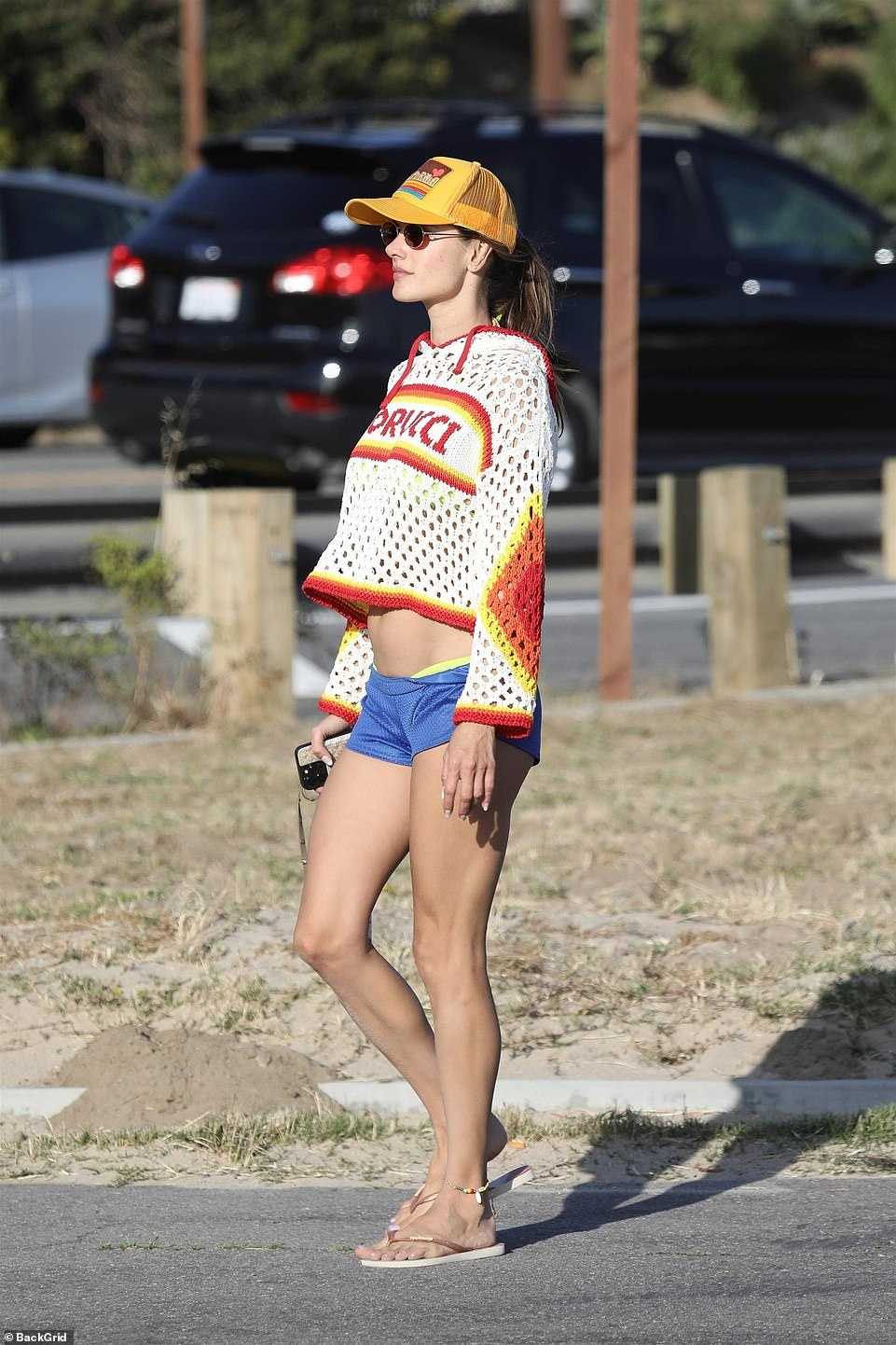 Abbie Chatfield Shows Off Her Busty Cleavage In A Tiny Bikini

Margot Robbie Shows Off Her Busty Boobs In A Tight Gown