Andrew & Tobey Photo After They Sneaked Into Theatre For NWH Screening 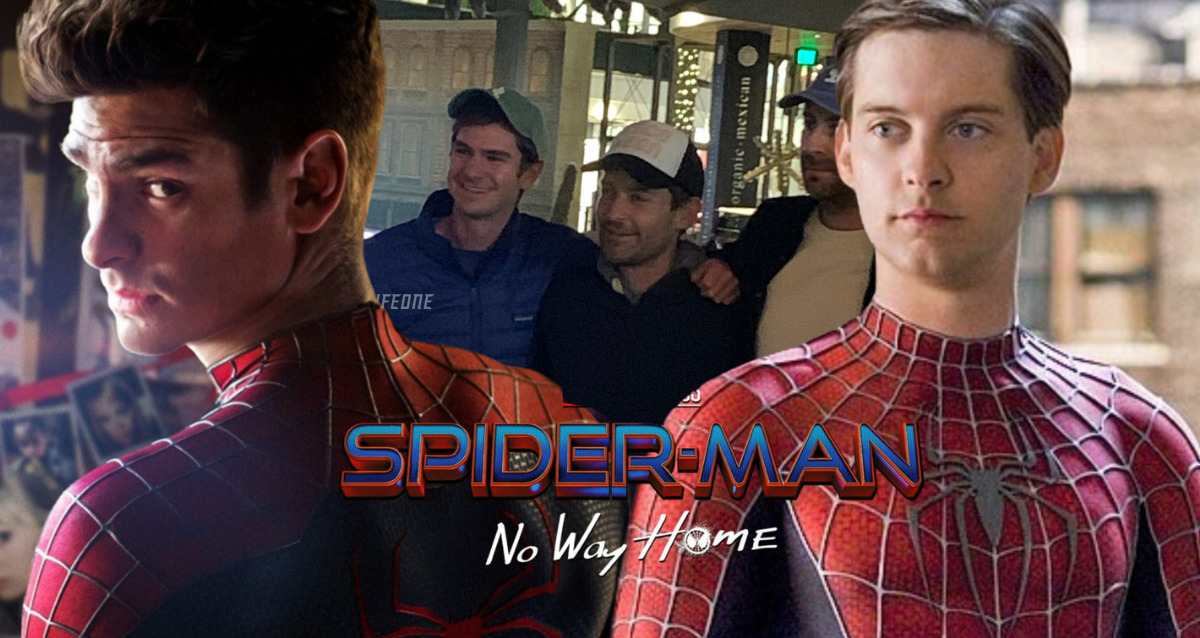 Andrew Garfield and Tobey Maguire appear to have sneaked into a movie theater to see NWH in a now-viral photo. Tom Holland’s Spider-Man joined forces with the two Sony actors in the latest MCU film, which premiered in theaters recently. Sam Raimi’s Spider-Man (2002) marked Maguire’s big-screen debut as Peter Parker/Spider-Man. It was the same role that he returned to three years later in 2004 and 2007. Garfield took over Maguire’s role in Marc Webb’s The Amazing Spider-Man after the decision was made to scrap plans for Spider-Man 4.

Overall, Garfield’s portrayal of Spider-Man was widely praised. Although the 2014 sequel, The Amazing Spider-Man 2, was poorly received, the Sony/Disney/Marvel Studios deal to cast Holland and bring Spider-Man into the MCU via Captain America: Civil War ultimately led to the (2016). Garfield and Maguire return as Spider-Man in the final film in Holland’s Homecoming trilogy, which is the MCU’s best-kept secret. Garfield finally opened up about working on No Way Home this week, months after denying his involvement. It was also revealed that on the opening night of NWH, Garfield & Maguire sneaked into a screening.

Two Spider-Men Sneak In Together

Photo of Maguire and Garfield at a screening of NWH on the night they saw it has gone viral. With director Jon Watts, they pose for a picture. After sneaking in “to see how people reacted” to their arrival, they ended up staying for the entire film. This is in accordance with SpiderlifeOne on Twitter, who tweeted a picture of the scene. See the image that was tweeted below.

Ladies and gentlemen! Here is the pic of Tobey and Andrew the night they snuck in to watch the reactions!

Originally they had just stayed to see the reactions to their entrance, but ended up staying for the whole film lmao. #SpiderManNoWayHome pic.twitter.com/OVXOtYqjrq

There’s no doubt those who went to see NWH on opening night or over the weekend were surrounded by applause. NWH pays homage to Spider-Man and the superhero genre. It does so by bringing together characters from three different eras of the Spider-Man franchise. The film not only reunites Maguire and Garfield, but it also gives them a sense of closure and redemption that goes beyond a gimmick. Particularly for Garfield, whose hero wasn’t as revered as Maguire’s was until recently, the latter is particularly true. The Amazing Spider-Man 3 became a trending topic on Twitter after the release of No Way Home. Here fans express a desire to see more of Garfield’s Peter Parker and Spider-Man in the sequel.

Garfield is a fan of Maguire and Holland’s work together on Spider-Man: No Way Home, and he’s gushed about Garfield’s portrayal of Peter Parker in the film. Garfield revealed that he improvised a fan-favorite scene in which he tells the other Spider-Men, “I love you guys,” in reference to that Spidey brotherhood. In addition, he’s said he’d be open to reprising his role as Spider-Man if the time was right. There is no better film than the one in which he fights alongside Maguire and Holland in Morbius if and when that happens.