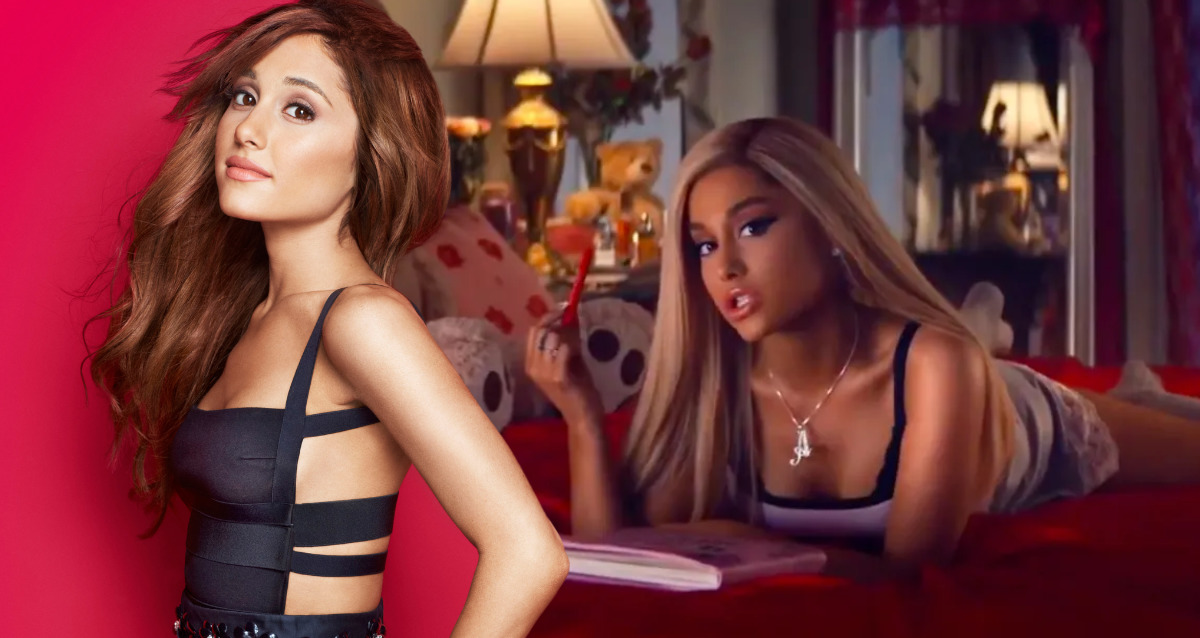 Ariana Grande has an Instagram that garners a massive amount of engagement from fans all across the globe. But this one social media share has broken all records till date. Grande made the upload back in November with her 308 million followers. She was seen flushing a jaw-dropping number by Rui Zhou. The post sent fans into a frenzy of bewilderment, thus gaining more than 11 million likes and 82,600-plus comments.

There are only a bunch of the latest posts on Instagram that feature this level of engagement. And the lot includes a lovely photo of Grande and her real estate agent hubby, Dalton Gomez, that she posted right after Valentine’s Day. 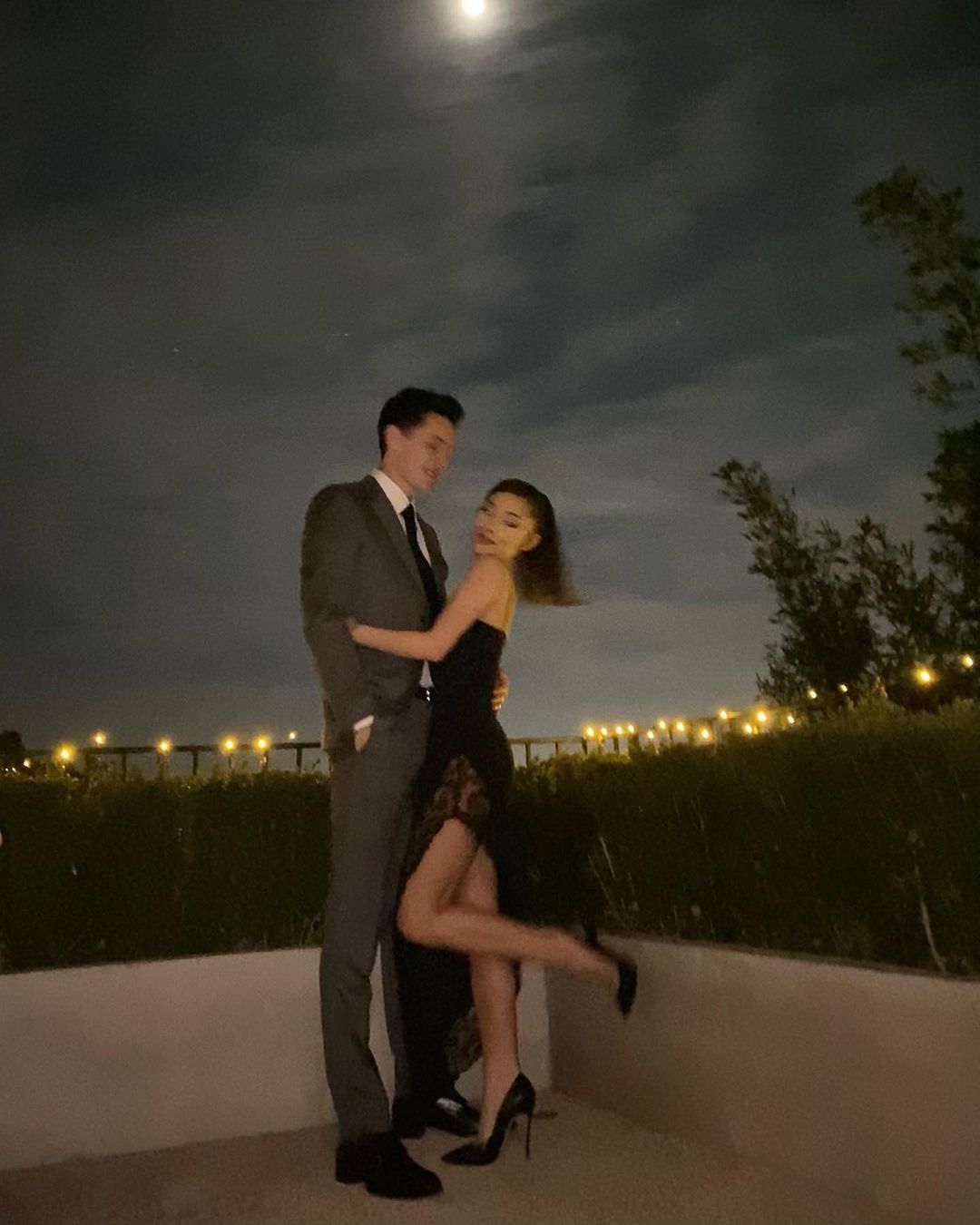 Check out below what the hype was all about!

Serving Up The Braless Look 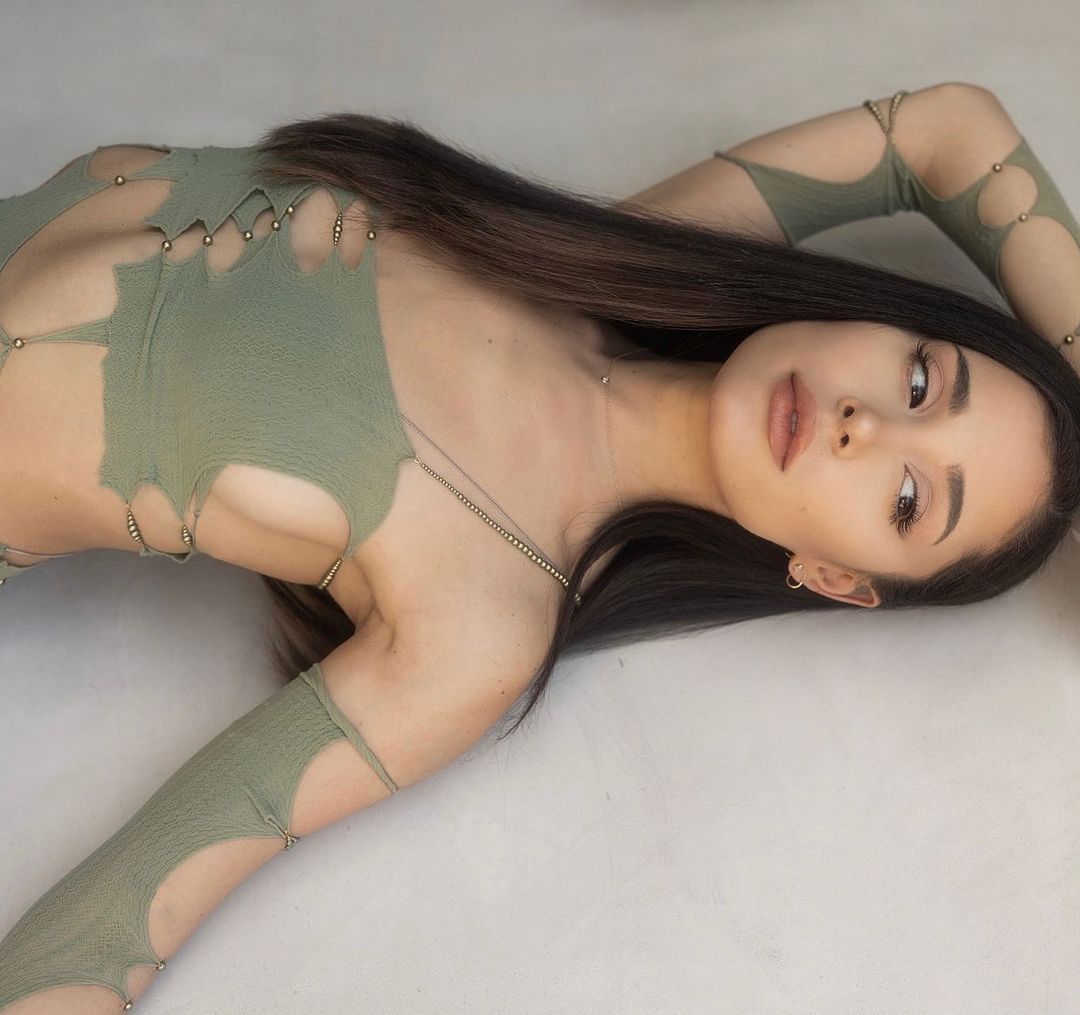 She was drop-dead gorgeous in a braless cut-out

The validation that Ariana Grande received on the internet was absolutely justified. More so because the star was drop-dead gorgeous in a braless cut-out top that served up plenty of cleavage and side boob action. Rui Zhou is mainly recognized for his skimpy and controversial numbers. But this time, he upped the game to game, a green number that was both seductive and whimsical. The garment featured a cut-out panel at the front and chic metallic details, such as beaded shoulder and side straps. Ariana paired the look with matching long gloves that made her resemble closely with Tinkerbell.

While Ariana Grande only shared the bust view of the outfit, it was clearly visible that the cutouts stretched down to the waist. The detailed design also helped accentuate her toned arms, with the entire aesthetic screaming fairy core!

Check out more photos below!

Now Let’s Talk About The Hair Ariana Grande snaps a car selfie in a puffy jacket with straight hair.

Every time someone mentions Ariana Grande, one’s mind immediately jumps to her iconic high ponytail. However, the pop sensation decided to switch things up this time by embracing a different hairstyle. In the shot, she had her long locks styled straight, giving her beautiful tresses, a sleek finish and a side part.

The Voice judge rocked the same fashion in another latest update that she shared on her Instagram account not three days ago. The star’s hair promptly gained major attention from the media. Ariana Grande posted pictures of the Wicked music rehearsals. Grande, who plays Glinda in the two-part feature film, included a car selfie in which she wore her hair down. In a report, Cosmopolitan noticing how “she looks British” and unrecognizable. Take a look below! 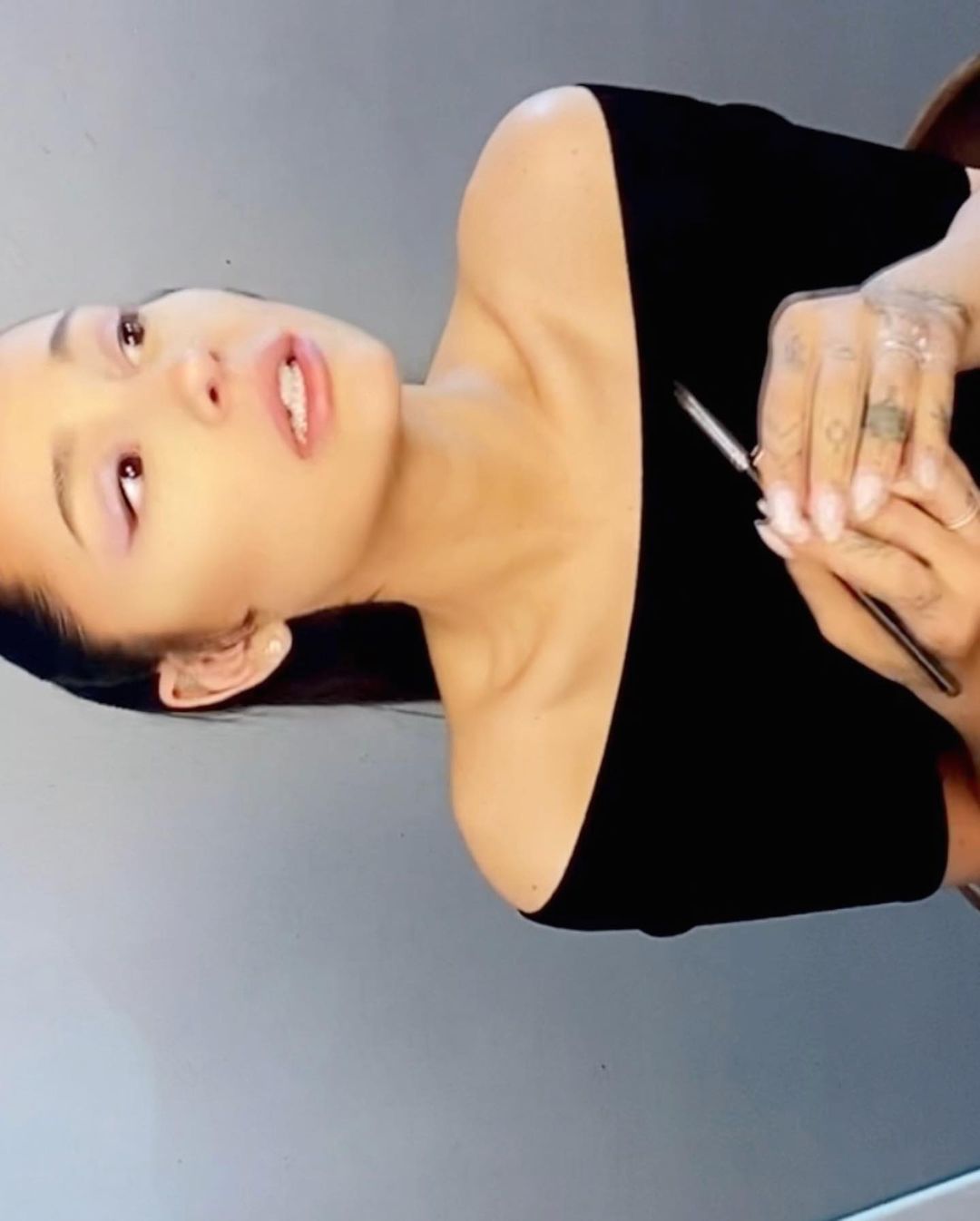 Returning to her stunning braless update, the phenomenal look was fashioned by Ariana Grande’s go-to fashion stylist, Mimi Cuttrell. One particularly renowned work by the choice-worthy Hollywood stylist was when Cuttrell recently did Maude Apatow’s Miu Miu red carpet look for the Met Gala. In addition, she works with top celebrities, such as Gigi and Bella Hadid, Priyanka Chopra, and a number of Victoria’s Secret Angels. And needless to say, Grande is an appreciated and valuable client.

Also to mention, one of their most iconic partnerships was the 2018 Met Gala. For the event, the former Disney star stunned in a Michelangelo-inspired Vera Wang gown. Ariana Grande teased the dress in her “God Is a Woman” music video earlier that July, as she explained. 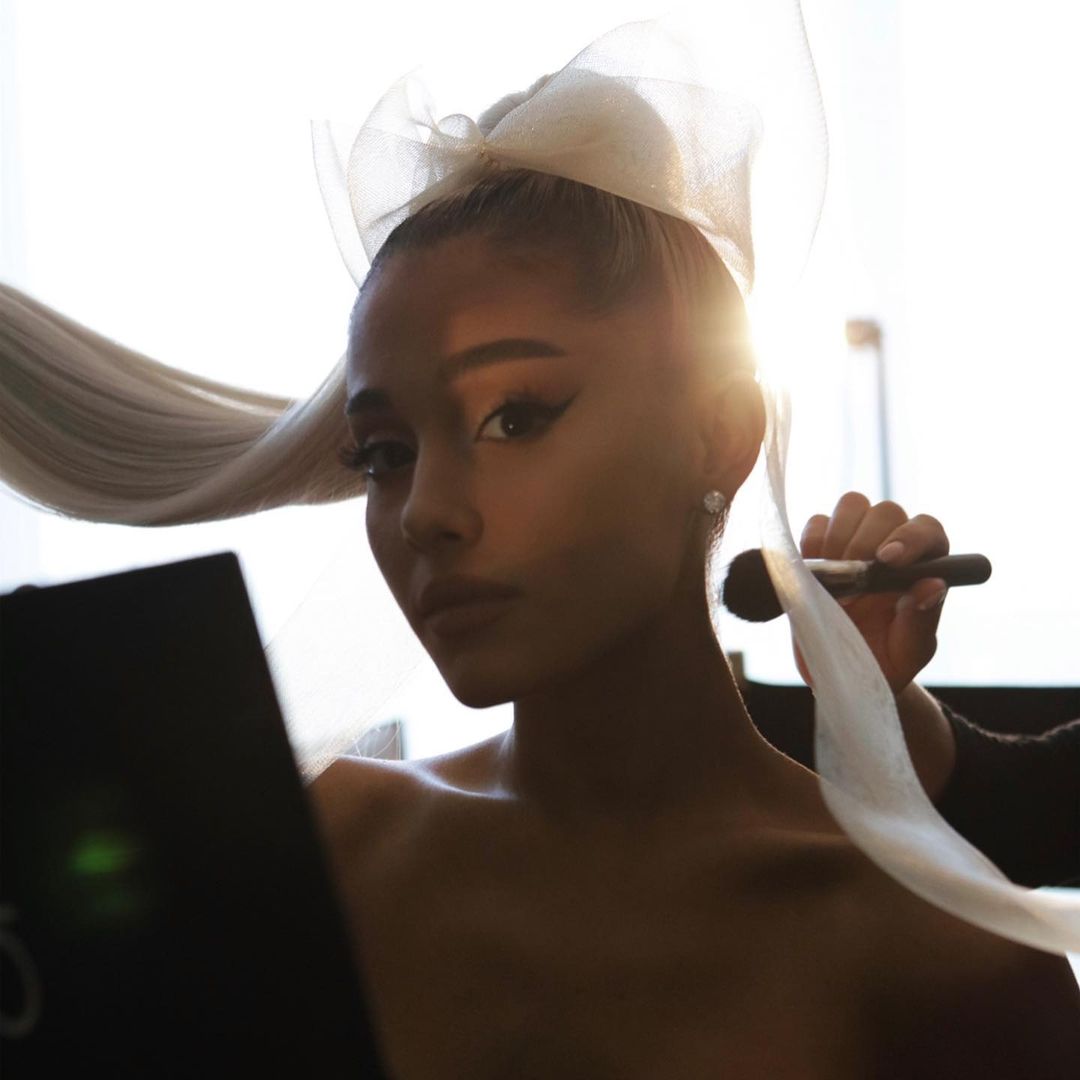 Talking about the Met Gala, Ariana Grande was one of the more popular stars who decided to sit out this year’s event, along with Lady Gaga, Miley Cyrus, Selena Gomez, Zendaya, and many others.

It still hasn’t been revealed why the Positions singer and her husband weren’t present at the prestigious gala. But Elle has intimated (in two separate articles, no less) that she’s been tied up with preparations for her Glinda role.

The filming for Wicked, which is an adaptation of the Broadway musical, helmed by Jon M. Chu (Now You See Me 2), is scheduled to start next month. And Grande is putting all the effort into rehearsing the music, for her part.

Knowing that the feature film is set to be portrayed in London, it makes sense that Ariana Grande has switched to a more “British” hairstyle.