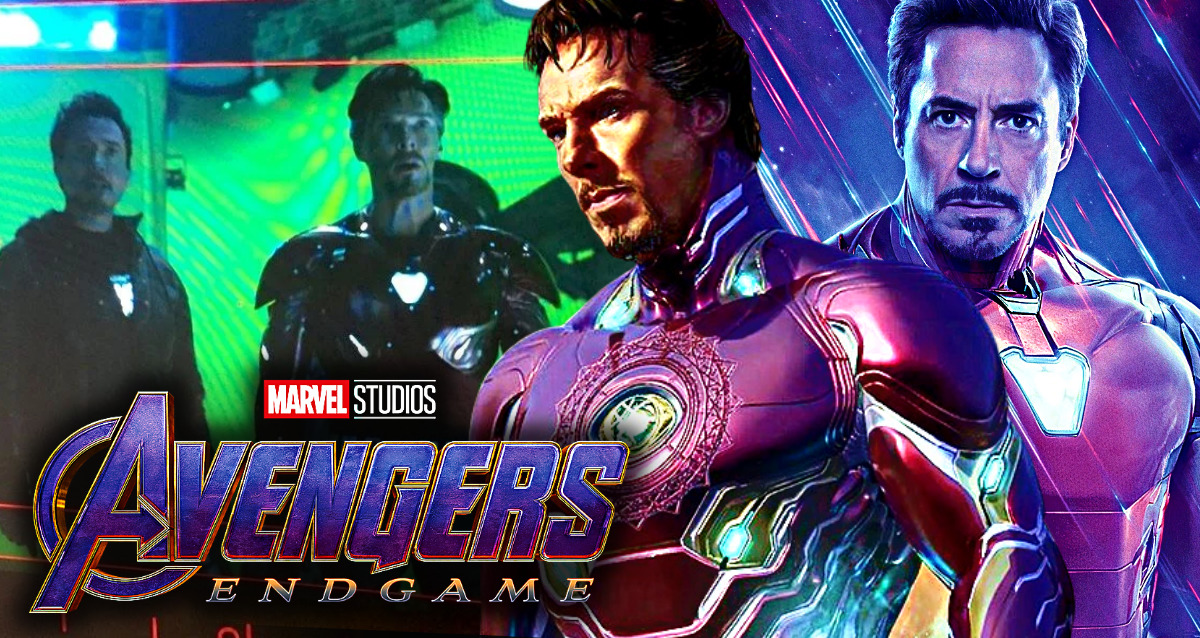 The Avengers have seen a wide range of personalities and heroes over the years, from a billionaire playboy like Tony Stark to a steadfast super-soldier like Steve Rogers. One of the MCU’s most important and powerful heroes, Doctor Strange, will appear in the Multiverse of Madness, a super-powered story starring Benedict Cumberbatch.

Cumberbatch’s career took off after his debut in 2016’s Doctor Strange, with roles in both 2018’s Infinity War and 2019’s Endgame as a member of the Avengers. When it came to both films, he not only displayed his mastery of the Mystic Arts, but he also built some enjoyable connections with some of Marvel Studios’ most popular characters.

Robert Downey Jr. ‘s Iron Man was the best example of this, as the two huge egos collaborated together to stop the Mad Titan Thanos from destroying half of all life. A few weeks ago we learned about the moment Benedict Cumberbatch almost got to play Iron Man in the first Avengers movie. Benedict Cumberbatch spoke with Ali Plumb on BBC Radio about a scene in 2018’s Avengers: Infinity War involving his Doctor Strange and Robert Downey Jr’s Iron Man. For a brief moment on one of Thanos’ Q-Ships, Stephen Strange was to become Iron Man by donning Tony Stark’s armor and incorporating the two heroes’ powers.

Is Cumberbatch annoyed that the scene was omitted? He admitted that he would have preferred to see it in the final cut of Infinity War. While he was joking about the character’s name, he was thrilled to have the opportunity to try on the Iron Man suit and see how their combined powers would have worked:

“Yeah, I was a bit, we both were, it took a long time to splurge those spliced costumes together. It was an amazing moment, and I think I definitely came out of it better than ‘Iron Strange’ or ‘Doctor Man,’ the other guy, ‘Strange Man.’ I definitely came out of it better. I mean, having a bit of that outerwear on you, it’s like, it’s very, very, very cool. I would love to have seen what that combination of wizardry and that tech would do. Bring it on.” 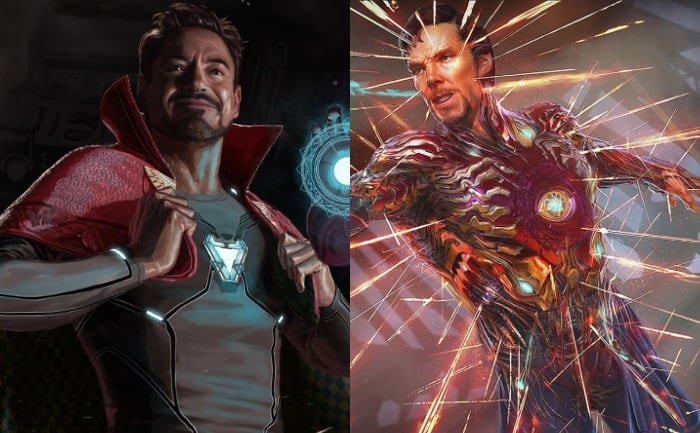 The success of Avengers: Infinity War can be attributed to the film’s ability to bring together a wide range of Marvel heroes, including Tony Stark and Stephen Strange. For all that they worked together in other ways, this scene would have brought their powers closer together than almost any MCU hero has ever done.

Cloak of Levitation and Strange’s Mark LV armor appears to have been used in this scene, with Strange’s suit sporting the Eye of Agamotto in place of Tony’s arc reactor. It’s still unclear how this could have happened, in part because Strange was rendered unconscious for the duration of the Q-ship ride before Iron Man and Spider-Man eliminated Ebony Maw.

That way, Strange and Stark would have been forced to team up more quickly after meeting in Central Park, learning about each other’s suits and skills as they took down Thanos’ forces. Of course, they are two of the MCU’s most intelligent characters, and this scene was designed to highlight just how brilliant they both are in tense situations.

Taking a look back, Cumberbatch was all-in on the idea of temporarily switching superhero personas, seeing what an enormously powerful sorcerer could have done with some of the most cutting-edge technological advances ever created. Whether that will happen in the near future is still a mystery, but considering that the Multiverse will be explored in full in Doctor Strange’s next solo film, everything is possible.