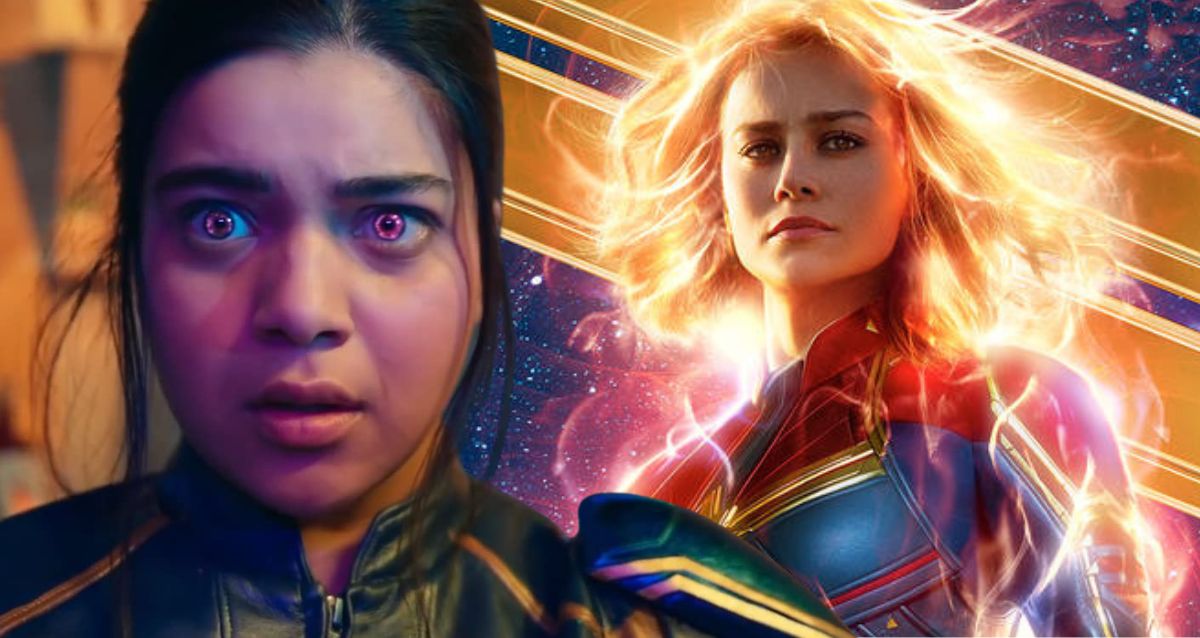 Ms. Marvel brought a distinct sort of hero to the MCU. Unlike other Marvel shows, Disney+’s Ms. Marvel is her unique beast. The series offered Kamala Khan a unique backstory and new abilities, and its visual identity stands out among Marvel Cinematic Universe episodes on streaming providers.

The first season is a good time that has some exciting action sequences without ignoring the more subtle, slice-of-life moments that give the show its identity as an adolescent comedy about growing up.

Iman Vellani plays Kamala Khan, a Muslim adolescent of Pakistani descent who adores the Avengers, especially Brie Larson’s Captain Marvel. Many fans assumed that one of Ms. Marvel’s new allies would debut on the small screen next year when she returns to Disney+ after undergoing her heroic beginnings in her six-episode series to join forces with Carol Danvers and Monica Rambeau in The Marvels.

After much anticipation, Brie Larson’s Captain Marvel finally made a brief cameo in the post-credits teaser of Ms. Marvel’s conclusion, establishing her team-up with Kamala in the next film, The Marvels. Kamala was suddenly snatched away as her bangle started glowing ominously; she took her Avenger idol with her as she disappeared.

While the Avenger’s presence surely didn’t shock anybody, many hoped to see her meeting Kamala before their big screen debut next year. Well, that was nearly the case as one MCU producer revealed Larson almost had a more significant part.

First, the MCU producer set the record straight on the nature of Larson’s entrance in the post-credit sequence:

“Correct. It’s an important distinction, just because in the comic books, that’s something that [Kamala] does — she can change the way she looks, and she looks like Carol Danvers in Issue 1 of the comic book. She’s not turning into Carol [on the show]. That’s Carol Danvers standing in Kamala’s bedroom.”

Despite the widespread belief that Kamala was secretly Captain Marvel, Carol’s bewilderment at seeing all the photographs of her plastered over the room cast serious doubt on this theory.

While Ali did acknowledge that Captain Marvel was discussed at the “very, very, very beginning,” she eventually wanted the show to focus on “[Kamala] and her community, her family, and her friends”:

“Certainly at the very, very, very beginning, way back when, that was part of the conversation. The more I kind of dug deeper into what I wanted to say with the show and what I wanted her to go through, it really had to be about her and her community, her family, and her friends.”

Ali promises that Ms. Marvel will finally come into her own when she and Captain Marvel meet this season on The Marvels:

“So Carol’s meeting up with her after this journey that she’d been through in the season. She’s Kamala in her own right. She’s looking in the mirror at the end — she’s not seeing an imitation of Captain Marvel the way that she’s seeing in Episode 1. She’s seeing Kamala wearing a suit that her mother made for her, with the masks that Bruno made for her, with the sash from Red Dagger — then, moments later, she gets her name from her own father. That moment is about her becoming her in her own right.”

Looking Forward To The Future

With one solo adventure under their belts apiece, Captain Marvel and Ms. Marvel should enter The Marvels on more equal footing with the public. Teyonah Parris’ Monica Rambeau, the only one of the three to have not had a solo excursion, just got her abilities in the final episodes of WandaVision, so she has a lot of catching up to go.

Fans are now curious about Ms. Marvel’s origin and Captain Marvel’s reaction to finding himself in the Khan household. Similarly, Secret Invasion may address the rumor that Rambeau is leaving for space to meet Nick Fury.