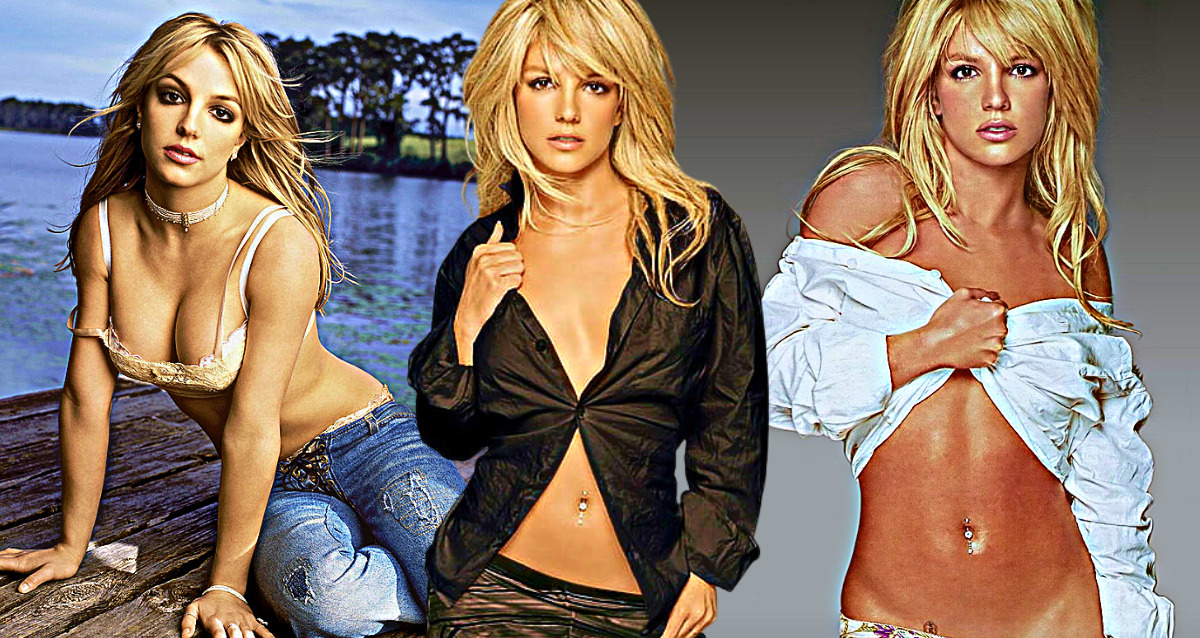 Come Thursday, Britney Spears took her Instagram to post four nude photos of herself for her 41.2M followers.

The shots were almost similar to each other. The 40 year-old Oops!…I Did It Again singer stood in the doorway wearing absolutely nothing, as she covered her bosom with her hand.

The pop sensation captioned the sultry snaps with: ‘GOOD my a** MURICA!!!’. She also added a kissing lips emoji and the symbol of a peach. 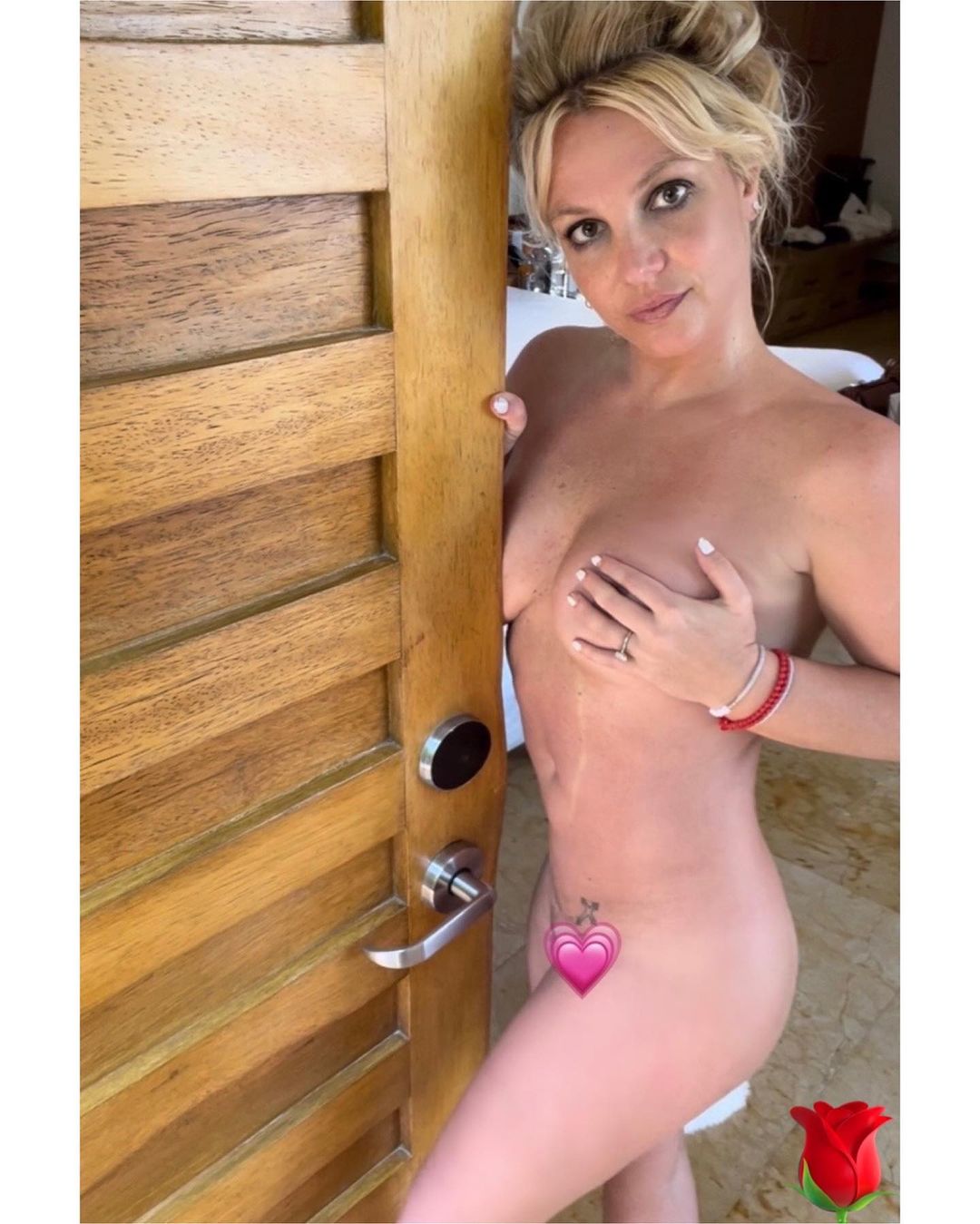 The blonde beauty styled her luscious locks in a messy updo. For accessories, she wore a red bracelet as well as two silver bangles.

The Toxic hitmaker was wearing her famous dark shade of eyeliner. The color perfectly complemented her blue eyes. Britney Spears enclosed her essentials with a pink heart emoji, and also added a red rose graphic to the images.

In addition to the revealing post, fans of the star immediately flocked to the comments to refer to the photoshop mistake. It curved the door frame towards her waist, with one fan writing, ‘The bend in the door from the photoshop.’

She can be seen standing in the doorway, fully nude, as she covers her bosom with her hand

The latest update made it to her feed after Britney Spears confessed that she is ‘going through something.’ After which came the unfortunate news of her miscarriage, a month after she first revealed she was pregnant.

‘I’m definitely going through something in my life at the moment,’ Britney began her post, which featured a video of her dancing. ‘And music helps me so much just to gain insight and perspective.’

Back on Thursday, Britney Spears took to Instagram to elaborate on the topic of questioning her faith under her past conservatorship. She also talked about her intention of writing a book about her experiences, and her message to others that they are not alone. 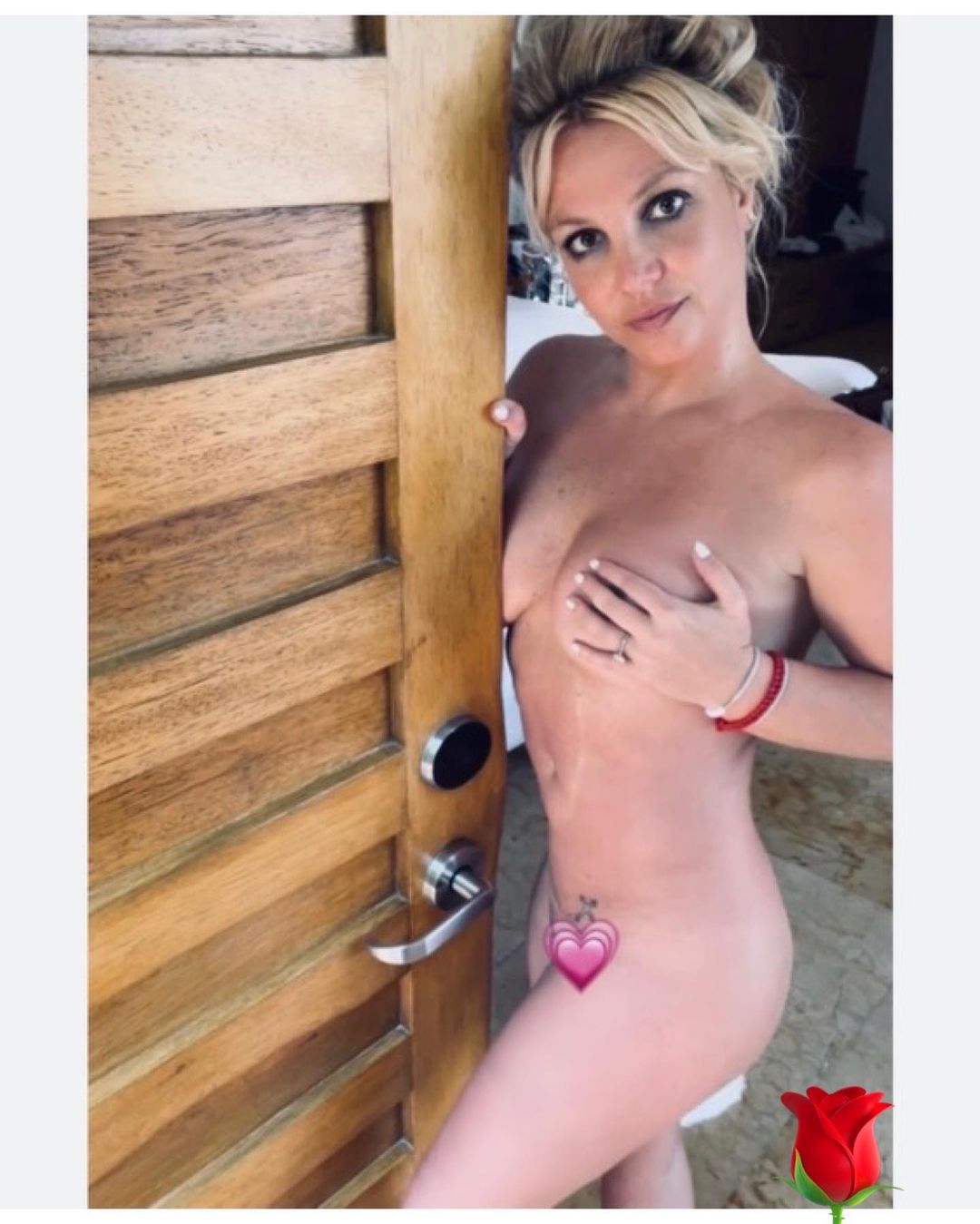 The post comes after the singer recently admitted that she’s been ‘going through something.’

In A Detailed Post, Spears Opens Up To Fans

The musical artist told her followers that she had begun to ask herself if life experiences, good and bad, were ‘in God’s hands or’ her own. And it was about six months after the end of the 13-year conservatorship her father Jamie Spears presided over.

‘Or was it because I was close to God and he guided me???’ Spears said. ‘God knows I haven’t been perfect but I do know this … the consequences that were taken over me for never committing a crime a day in my life made me question God!!!’

The Grammy-winner said she experienced ‘torture’ and ’embarrassment’ in her past, adding that ‘nobody should have to go through what [she] went through.

Britney Spears also said her ‘experiences in the business were always with vast amounts of people,’ which heavily contrasted to ‘the isolation [she] was in for four months.

‘I used to love being alone, but it was my choice!!! My choice to go in deeper and hear the whispers of the spirit … the type of isolation that was forced on me was torture on all levels … confusion … Why??? None of it is making sense.’ 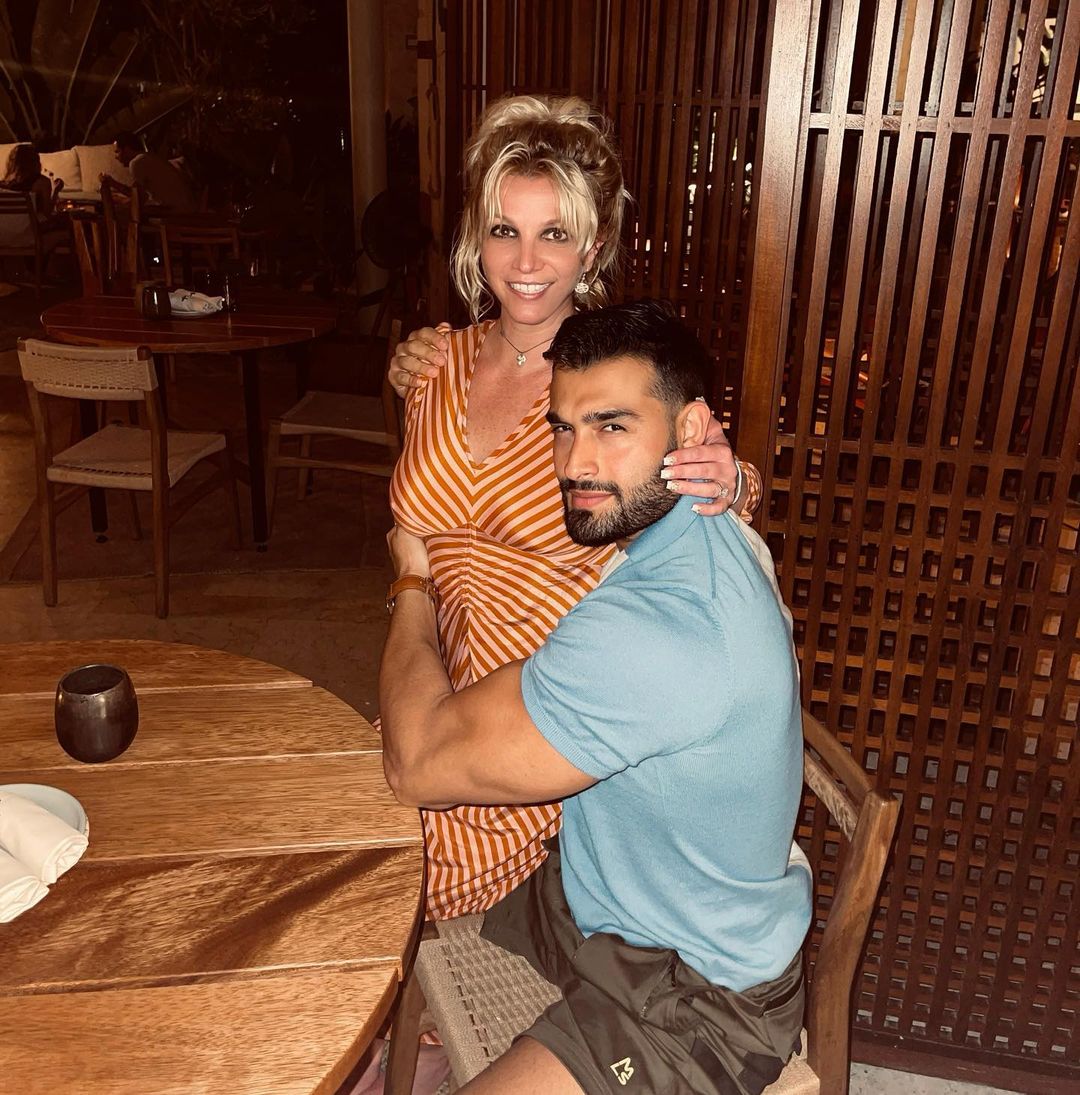 Earlier on Thursday the star took to Instagram with a detailed post about questioning her faith under her past conservatorship; Pictured in 2019

Britney Shares Her Experiences On Conservatorship

Spears added that ‘there are quite a few people that have experienced situations similar to’ her’s, and she respects ‘their bravery and sharing their story openly to the press.’

In addition, the vocalist pointed out that while testifying in her conservatorship case in a Los Angeles court last June, she ‘gave so many people the awareness to question [her] situation.

‘I don’t want to be openly questioned by anyone about my experience!!! I don’t want to speak openly about a traumatic experience when in the foreground it was condoned by my whole family!!!’

The Womanizer artist said that she doesn’t ‘ever want to talk about it ever again’. Because she feels it ‘would entertain the very people who hurt’ her. And that ‘they would secretly like the embarrassment’ she experiences in ‘bringing it all up,’ vowing ‘they will no longer get the best of [her] and humiliate [her].’ Britney Spears is mother to sons Sean Preston, 16, and Jayden, 15, with ex-husband Kevin Federline. She said that aside from her recent miscarriage, she has ‘never been more happy’ since she was freed from the constraints of the conservatorship last November.

‘My spirit feels lighter and I genuinely laugh and smile now and my eyes are hungry for more each day,’ she said. ‘I want to share my story for one reason and one reason only … to let people know you’re not alone and trust me I KNOW if you’re going through something and you feel so distant from everything.’

Spears Talks About Recovering From The Shock

Britney Spears said that her ‘subconscious knew it was going to be OK’. And the spirit within her told her ‘to keep moving forward.

‘It’s what I hung onto!!! Although it was hard as hell I got through it!!! And the one thing I wish someone would’ve told me is you are not alone.’

The (You Drive Me) Crazy singer said that her fans displayed ‘so much love and assertiveness through’ her struggles. And ‘there’s not a single day that goes by that [she’s] not aware of that and … grateful to have [her] fans.’ 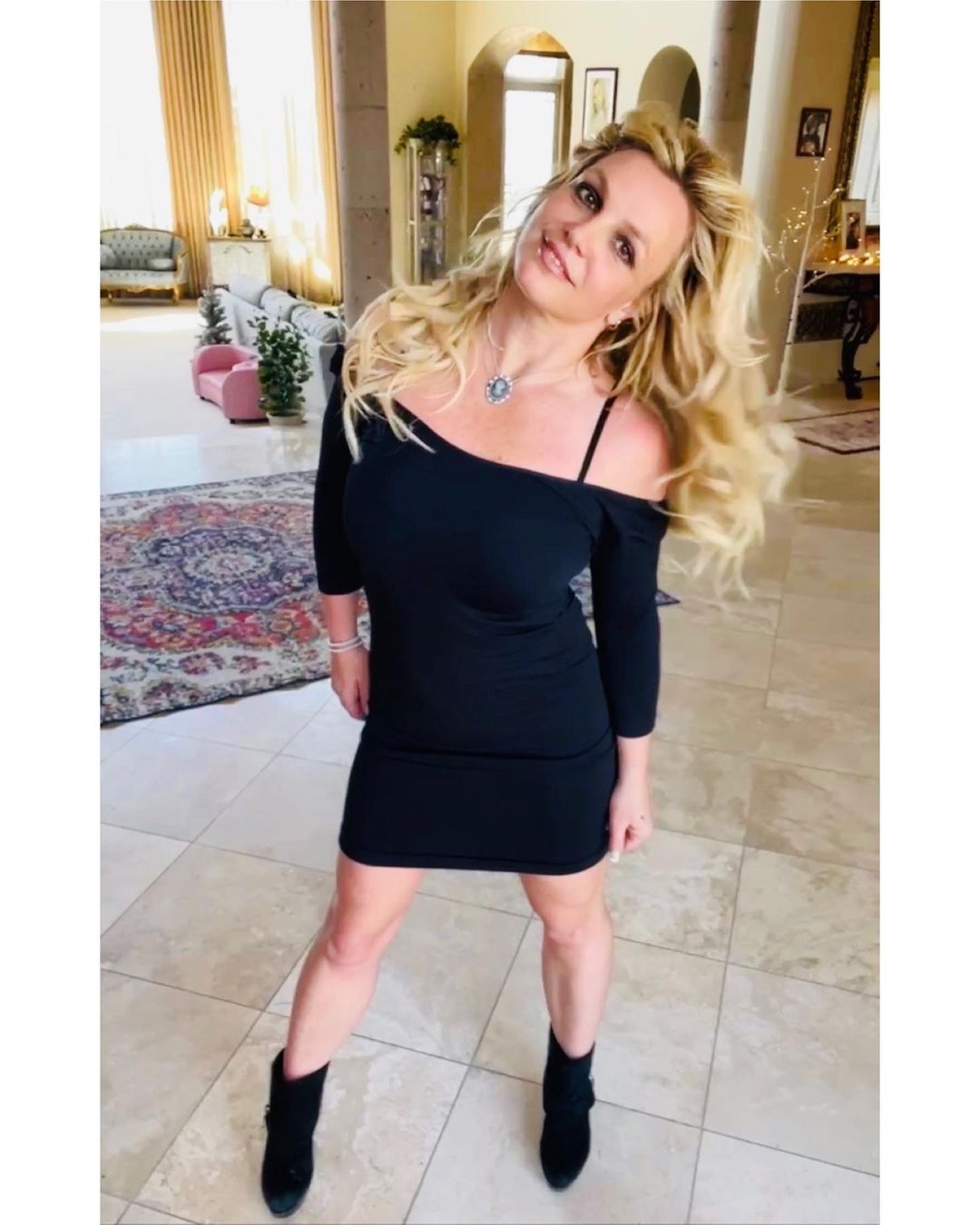 Also, Spears said that ‘there are quite a few people that have experience situations similar to’ hers

In the end, Britney Spears concluded her message with, ‘Remember you are not alone and God bless you all!!!’

Also, this comes a week after the singer and her 28 year-old fiancé Sam Asghari announced in a joint statement on social media that they had experienced a pregnancy loss.

‘It is with our deepest sadness we have to announce that we have lost our miracle baby early in the pregnancy,’ the couple said Saturday. ‘This is a devastating time for any parent. 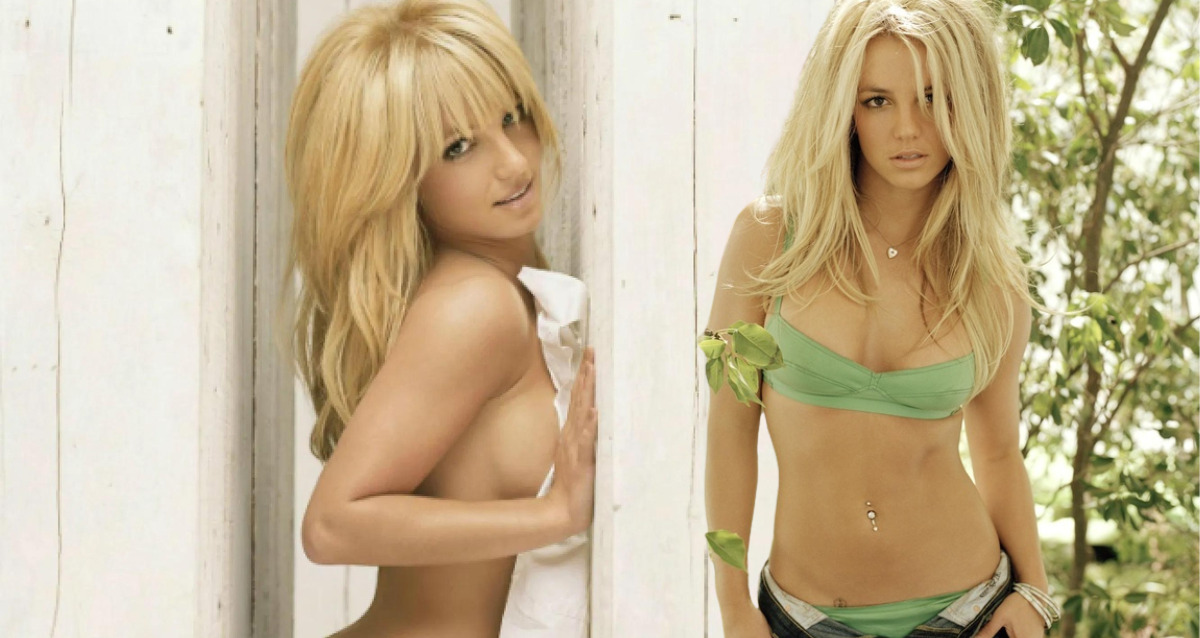 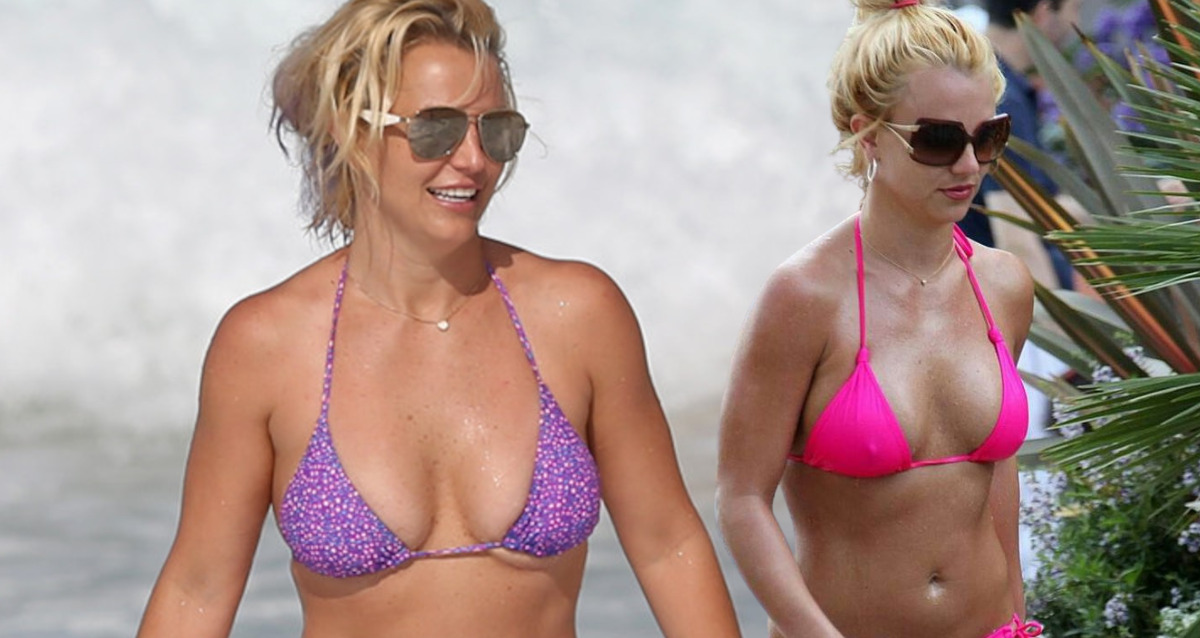 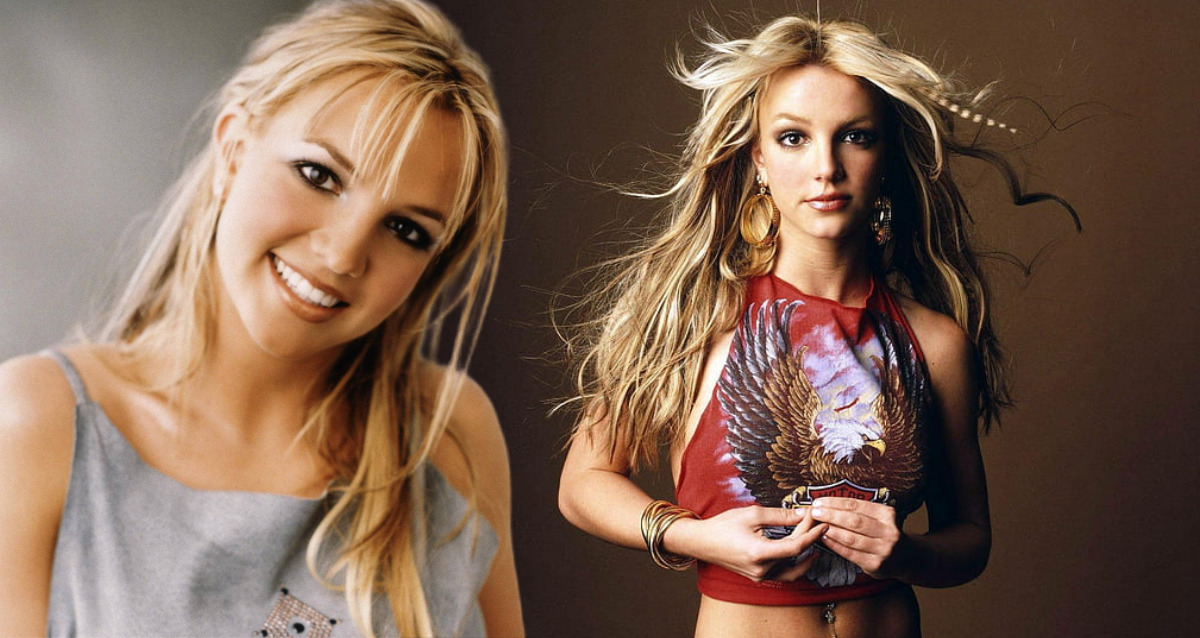 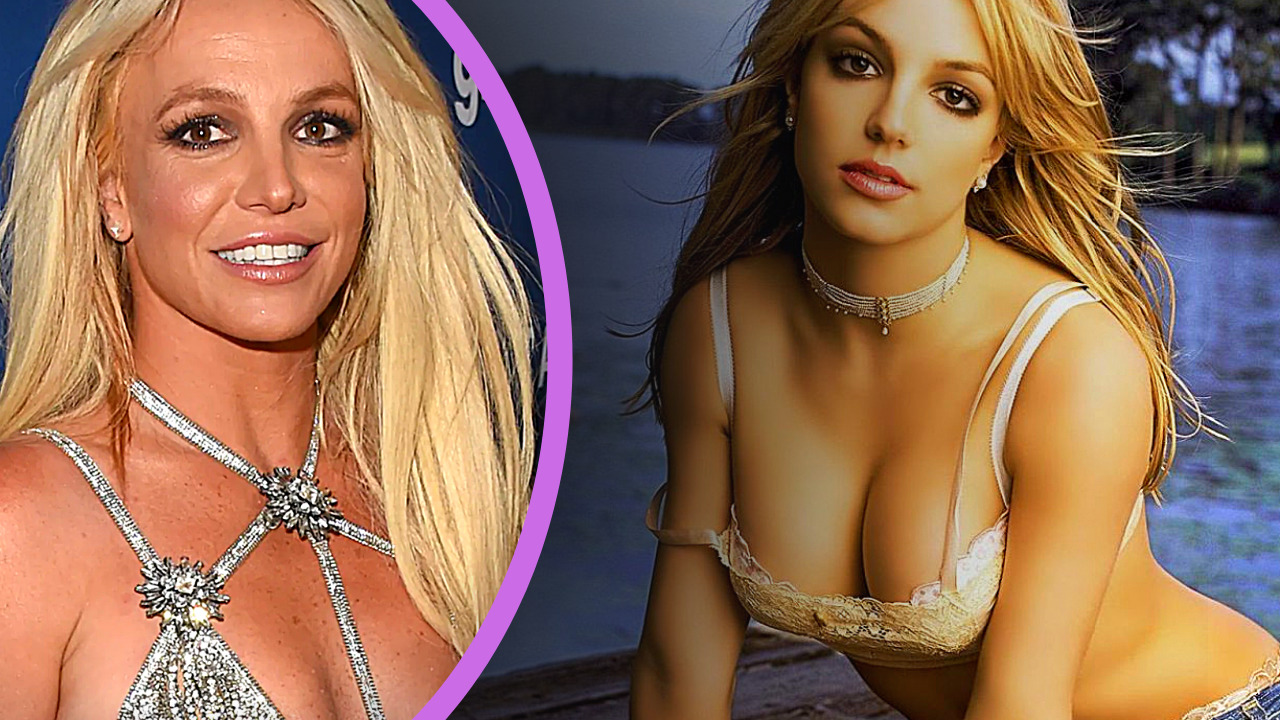 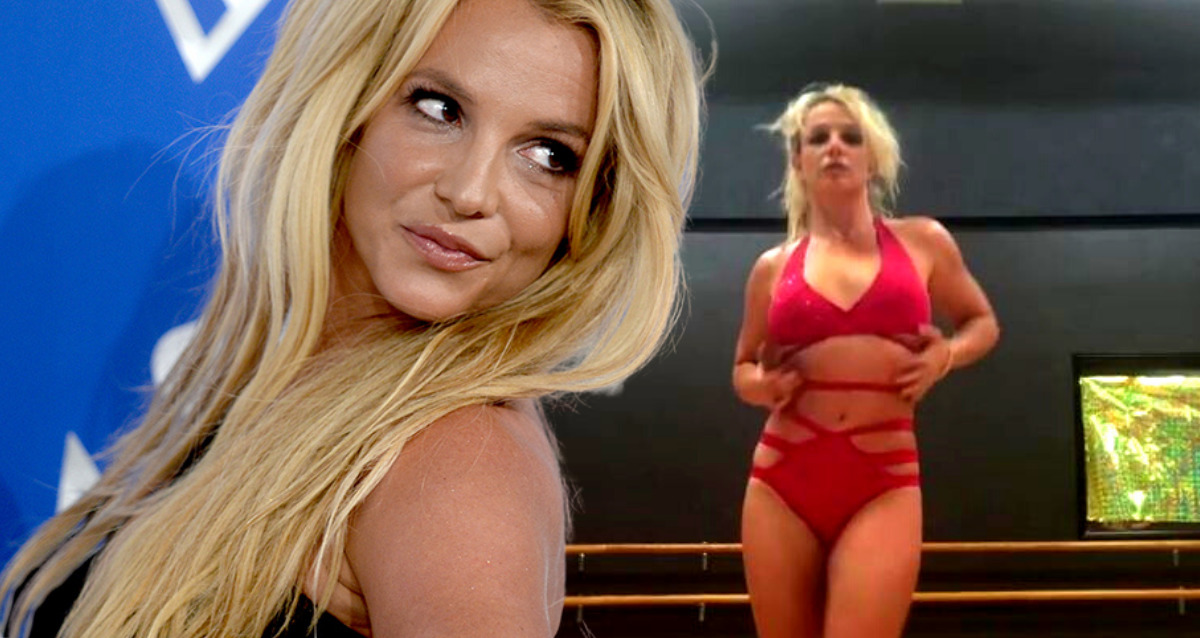