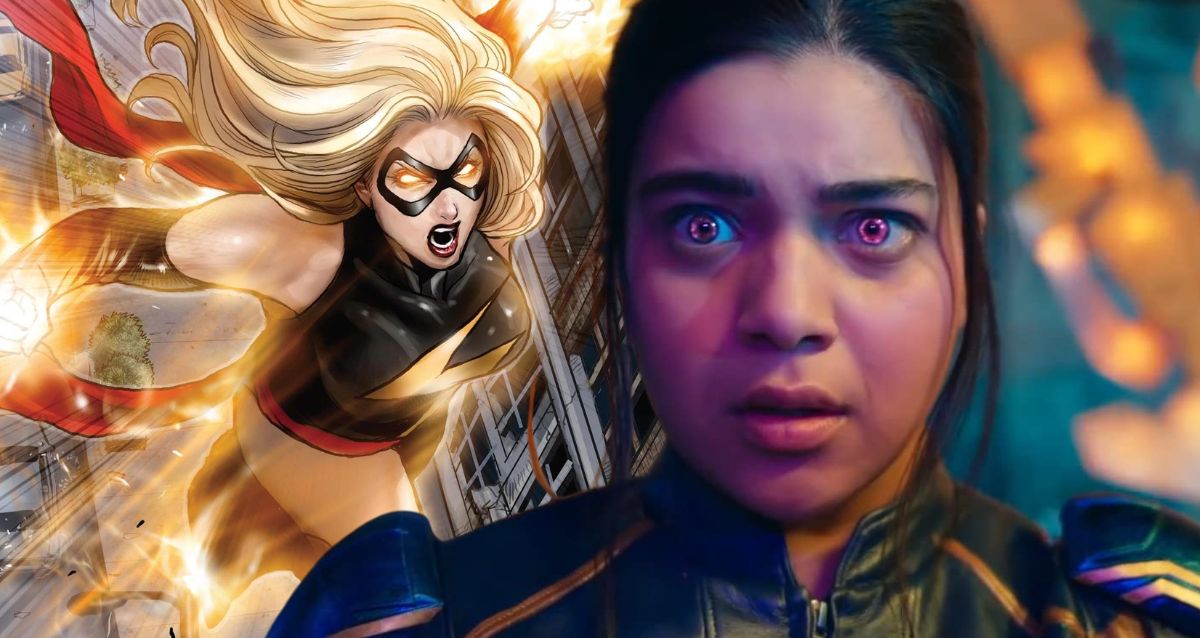 Until Ms. Marvel episode 1, the MCU avoided a major Captain Marvel costume blunder, at least in terms of an Easter egg that doesn’t quite fit. As an officer of the United States Air Force, Carol Danvers first appeared in a comic book alongside Mar-Vell, a Kree hero. In 1977, Danvers was reformed into the superhero known as Ms. Marvel. In the Marvel Cinematic Universe, most of Captain Marvel’s origin story has been omitted, and Brie Larson’s character is given her current codename from the get-go.

It’s a smart move by Marvel Studios not to use Carol Danvers’ original superhero outfit. Even though it was overtly sexualized, the pose was meant to pay tribute to Mar-bare Vell’s midriff, back, and long legs. As one wrote in a letter published in Ms. Marvel #8:

“Question: where is a woman who wears long sleeves, gloves, high boots and a scarf (winter wear), and at the same time has a bare back, belly, and legs? The Arctic equator? That costume requires a few alterations.”

Artist Dave Cockrum was particularly unimpressed with the Ms. Marvel birthday sketch he drew for editor Jim Shooter and changed it as soon as he had the chance. The outfit on Ms. Marvel appears to have been imposed by editorial fiat. Instead, Marvel Studios opted to use a more contemporary costume as its inspiration.

An Easter egg in the first episode of Ms. Marvel is made all the more surprising because of the background. When it comes to Marvel Comics, Kamala Khan is a Captain Marvel fanatic. She’s put together a 10-part video series on the Marvel hero, which you can check out here. She even drew a picture of Carol Danvers in her original Ms. Marvel costume, which is kind of bizarre. Aside from the fact that it doesn’t fit into the Marvel Cinematic Universe, this is just one of the many Easter eggs in Ms. Marvel Episode 1.

Ms. Marvel never appeared in the MCU wearing this “Arctic equator” costume, so it doesn’t make sense to include it here. One might assume that Kamala Khan, inspired by her favorite superhero, designed it herself for the MCU, but that would be a little out of character for her. As a teen attending AvengerCon, Kamala’s idea of the perfect cosplay is the more full-bodied armor-like outfit.

Marvel Hasn’t Learnt Its Lessons Yet

No doubt the majority of the audience didn’t even notice this small Easter egg. However, the integration of this specific Ms. Marvel costume points to a larger issue with Easter eggs: they must be carefully chosen lest they split the common universe model, as is the case here.

On a much grander scale, Marvel has encountered the same issues; a major plot hole was created because Odin’s vault contained a glimpse at the Infinity Gauntlet and all their efforts to fix the problem just made it worse. There is no need to worry about the implications for the MCU of Ms. Marvel’s Captain Marvel costume Easter egg, which is much less problematic. This shows that Marvel hasn’t learned its lesson, and it marks the same problems.