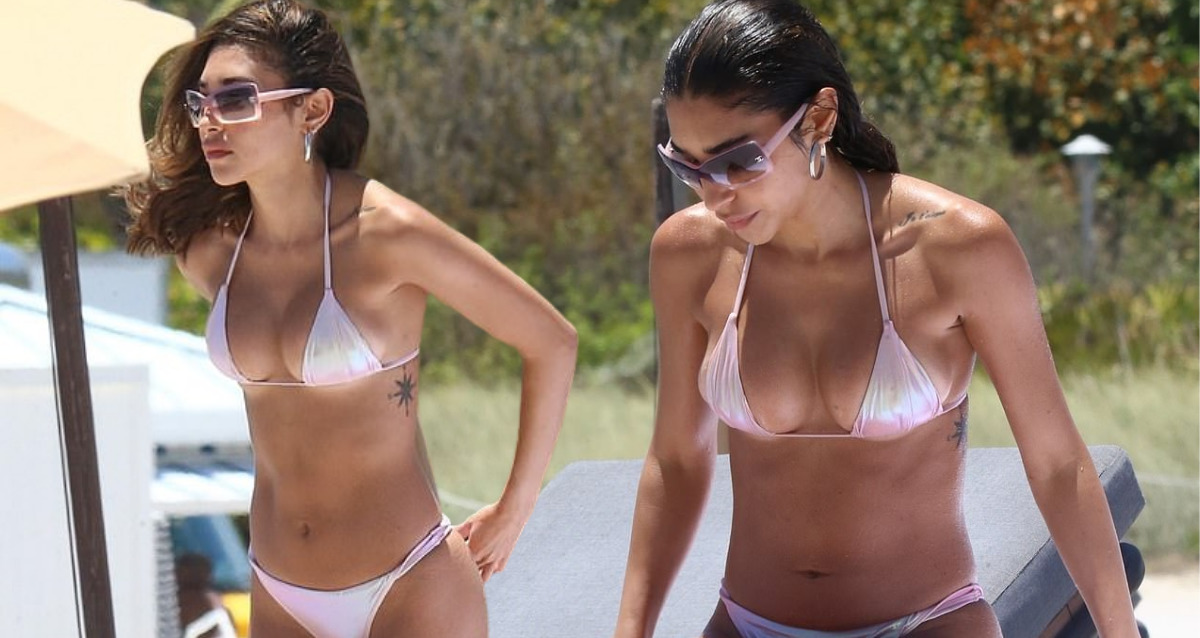 Chantel Jeffries displayed her eye-popping curves in a barely-there white bikini as she had a fun time on her scenic vacation to Miami Beach on Monday afternoon.

The 29 year-old DJ was spotted bathing in the summer sun as the weather suited the sizzling mood. Chantel was seen taking a deep in the crystal-clear water before lounging on a gray recliner. While enjoying her time relaxing, Jeffries listened to music on her AirPods and sipped on some fresh coconut water.

As for accessorizing her skimpy swimsuit, the star opted for a pair of pink Chanel sunglasses, silver hoop earrings. Also, she had her wet tresses pulled up in a gray scrunchie. 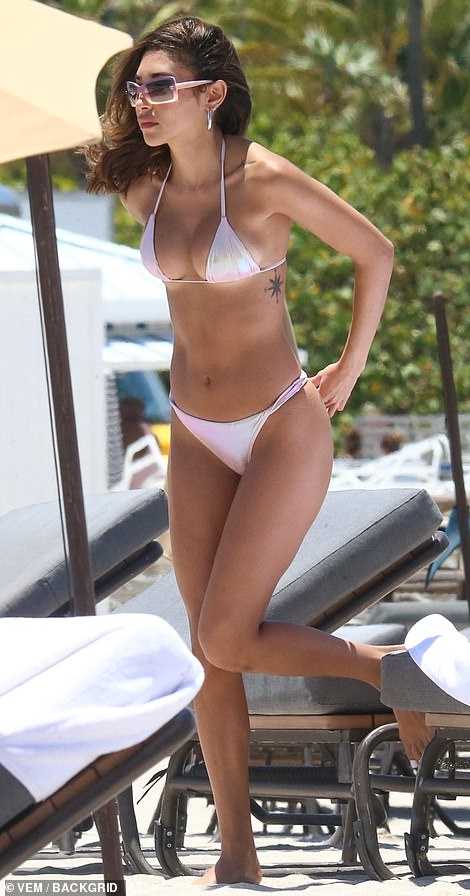 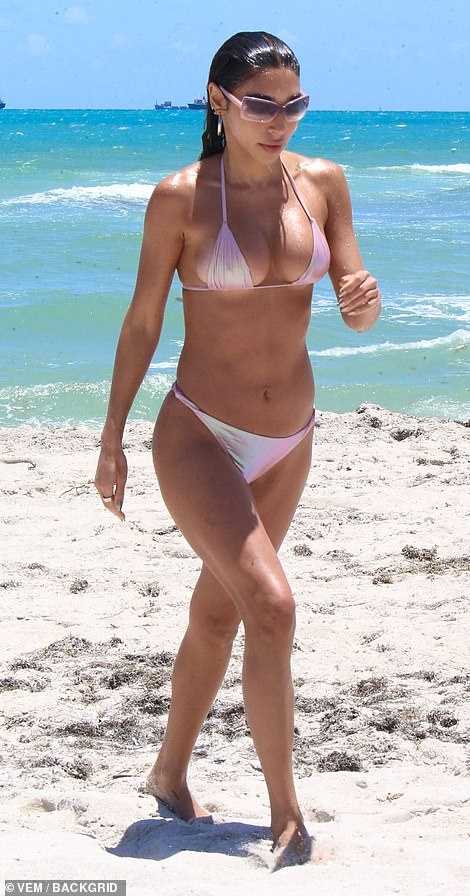 Meanwhile, on her luxurious trip, the Wait singer flaunted a number of pieces from her expansive ink collection. It included a compass on the left side of her ribcage, right above where her heart resides.

In addition, Chantel Jeffries also has the French phrase ‘Je t’aime’ (which translates to I love you in English) prominently tattooed across her collarbone.

Earlier, she has gotten to Tumblr to disclose the fact that she got the heartwarming words permanently etched onto her skin as a tribute to her late grandmother. She said it was ‘so she can look down from heaven and see that’ she loves her. 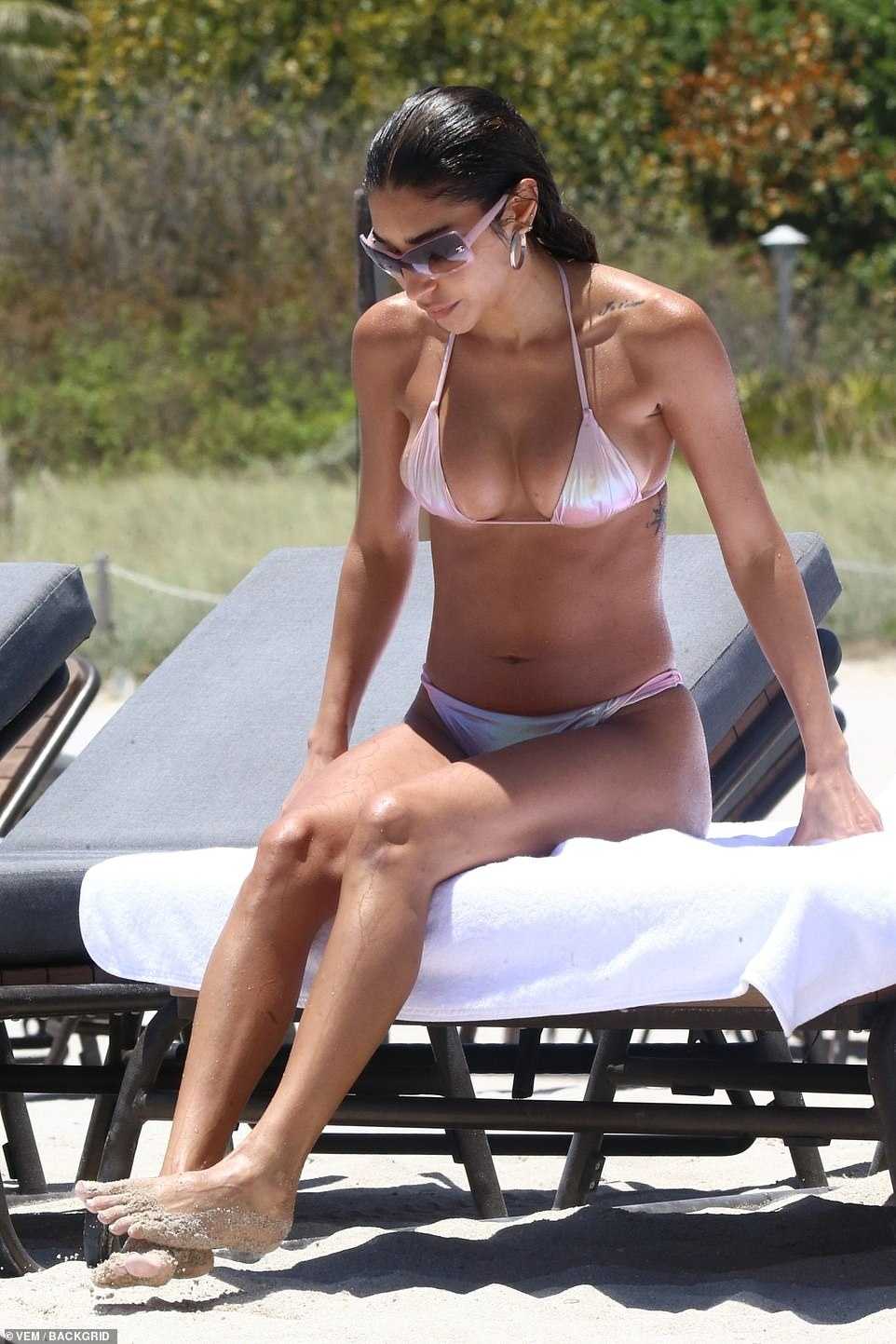 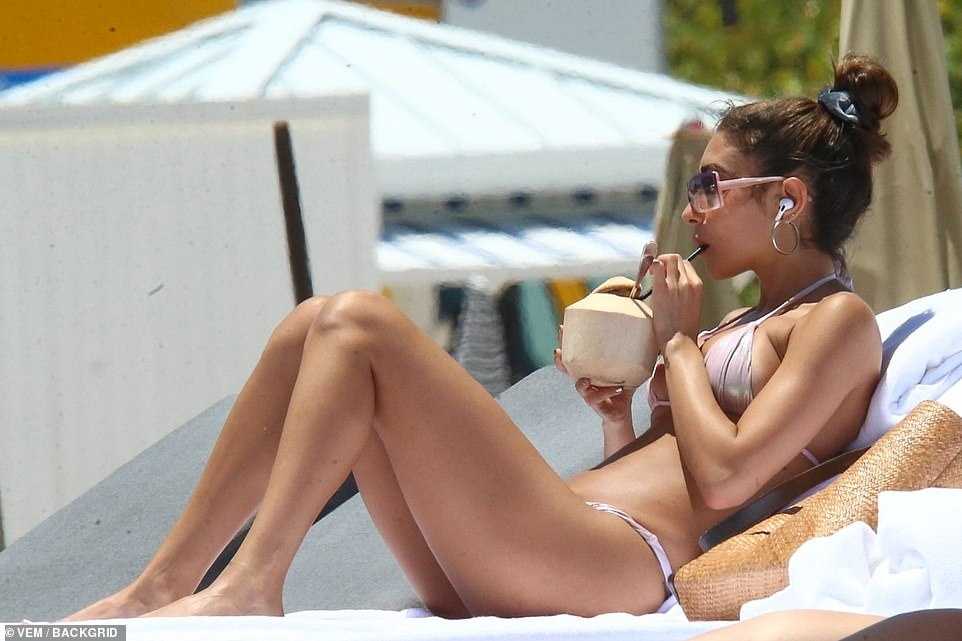 Additionally the French phrase ‘Je t’aime’ (I love you in English), is prominently tattooed across her collarbone

In the last few months, the YouTube personality, who also goes by ‘Ceejay the DJ,’ has been captured having the time of her life outdoors in Miami and Tulum with the sensational music star Diplo.

Back in January, when the two were spotted together, Diplo was seen lounging on a daybed and holding one of Chantel Jeffries’s thighs with both hands as she stood nearby.

According the a Page Six report, the pair was also seen at the beginning of 2020 as they hugged in the ocean in Tulum. But after that, it was rumored that the star has dated and split from Alex Taggart of The Chainsmokers. 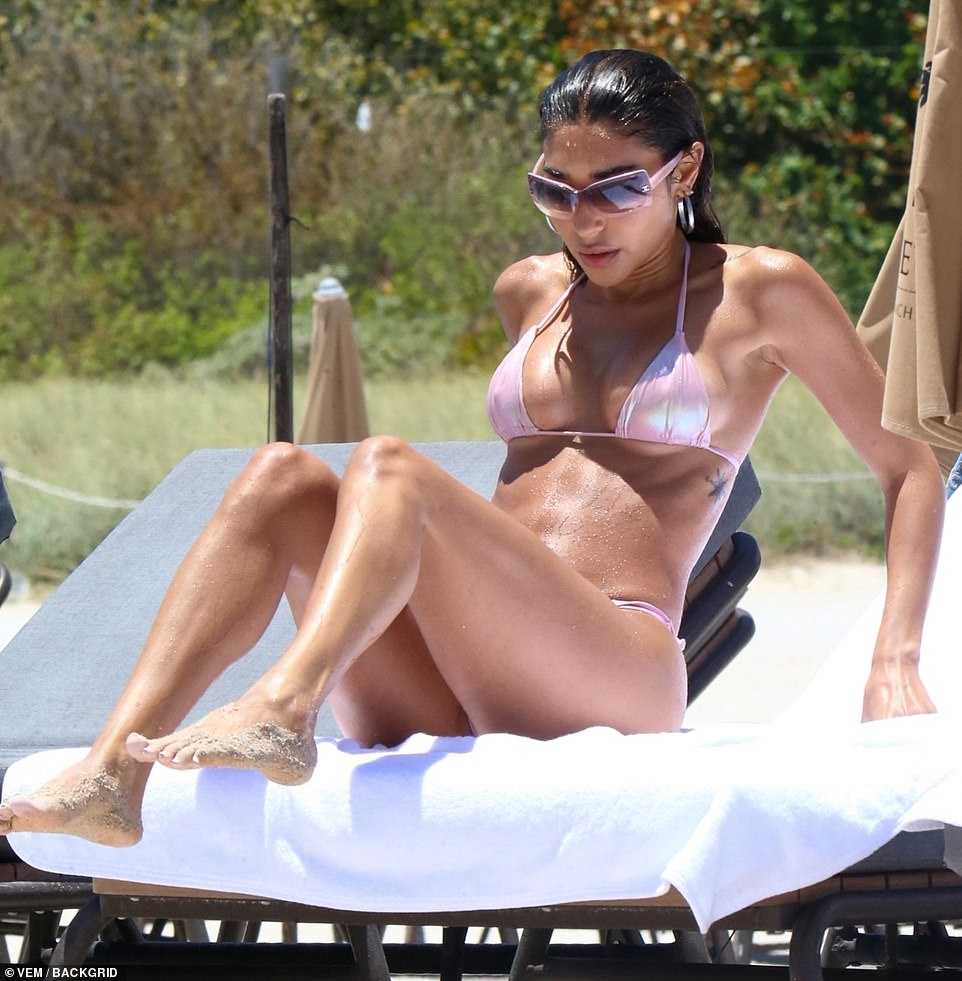 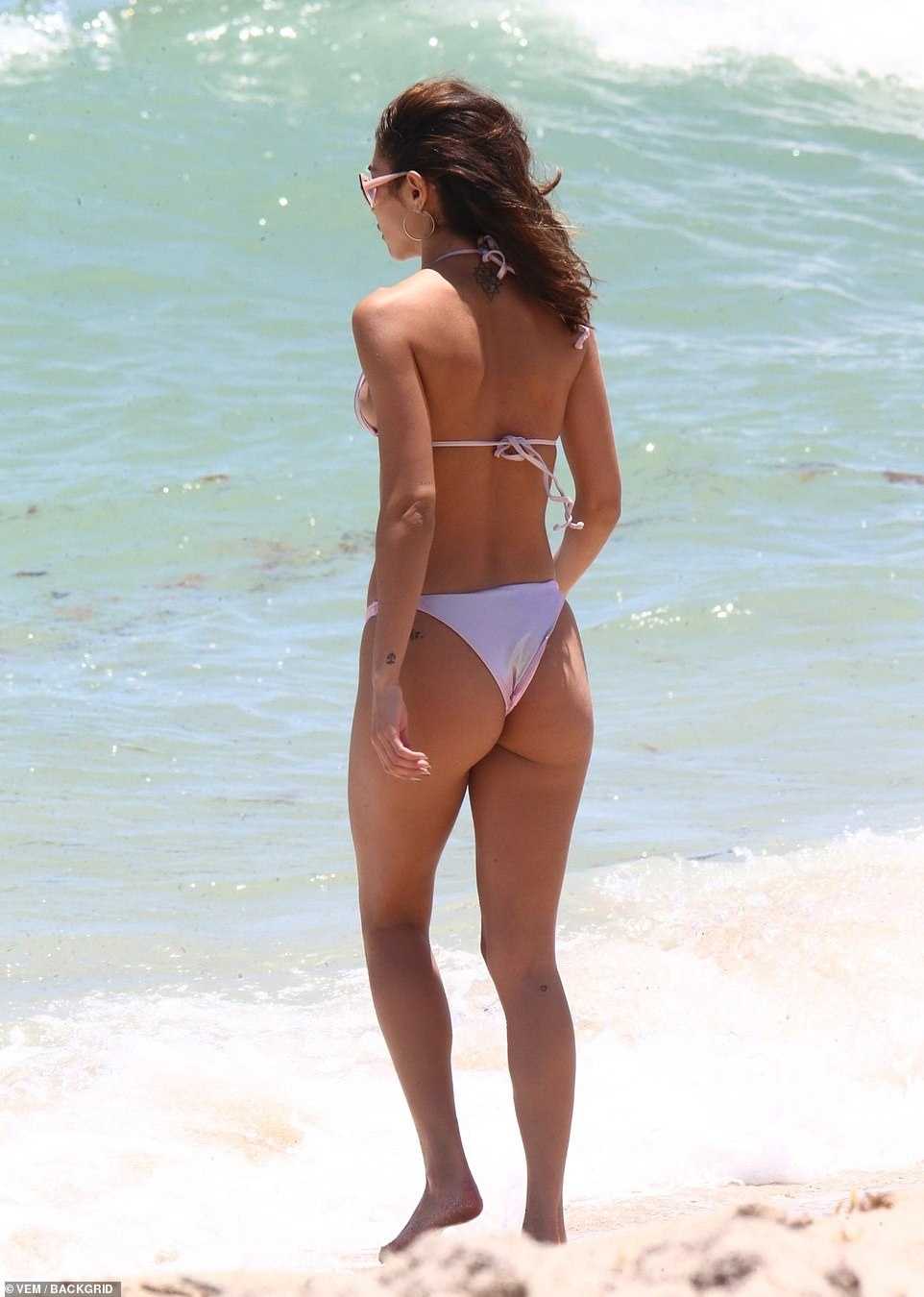 Chantel Jeffries has had a happening time in her dating history throughout the last few years. And because of this, the star has made several headlines, while also being associated with names such as Justin Bieber.

A couple years back, when Chantel appeared on Us Weekly for an interview, she revealed that her taste in men is ‘someone that’s generally a best friend and has similar interests.’

Chantel Jeffries also went into add: ‘Someone who’s understanding of that is really important, and someone that I can learn from, because I always feel like, when you’re learning, you’re growing, and I don’t ever want to be like stagnant, so I think it’s really cool.’ 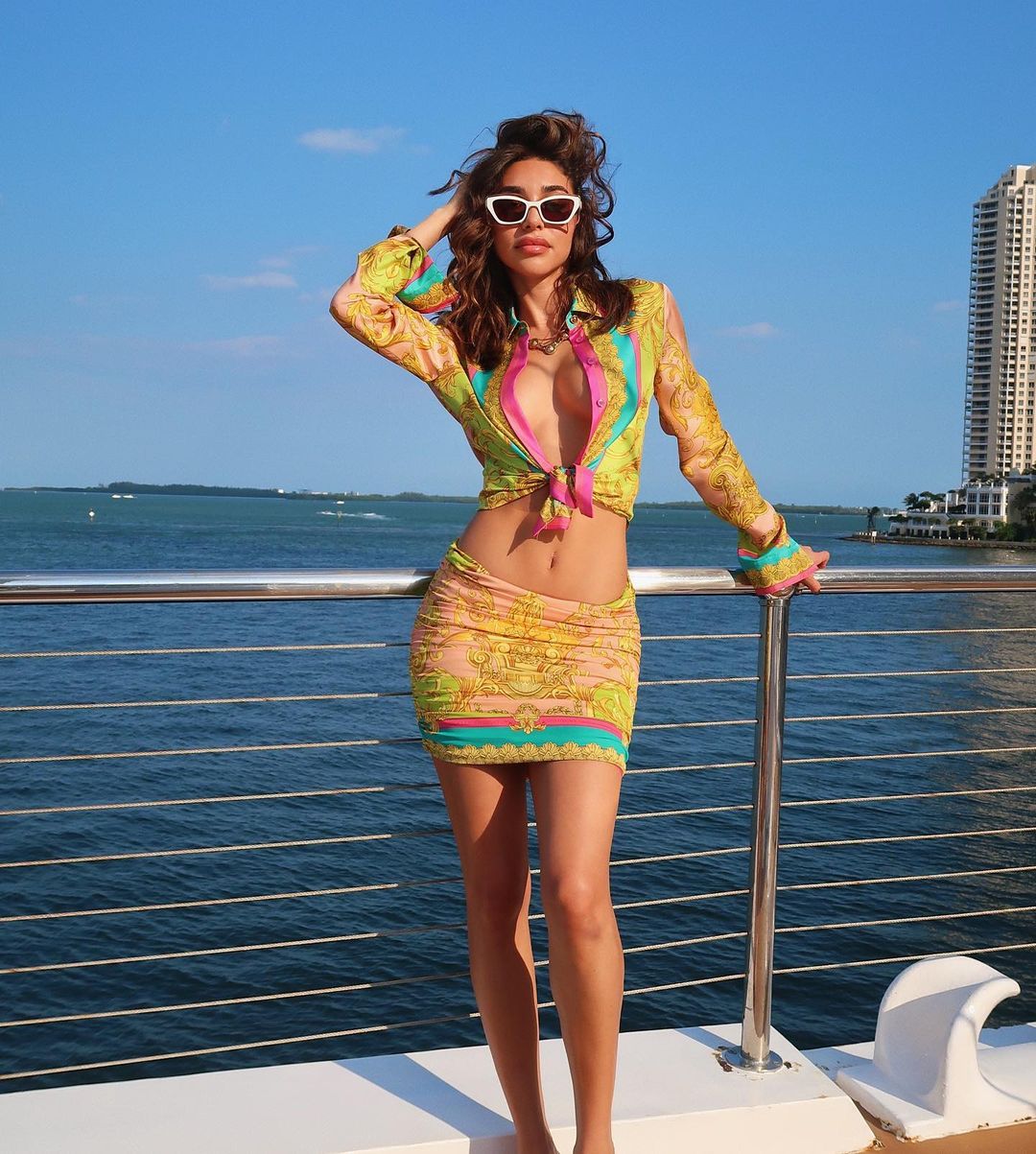 Two days ago, Jeffries share a stunning photo of herself with views of the ocean behind her 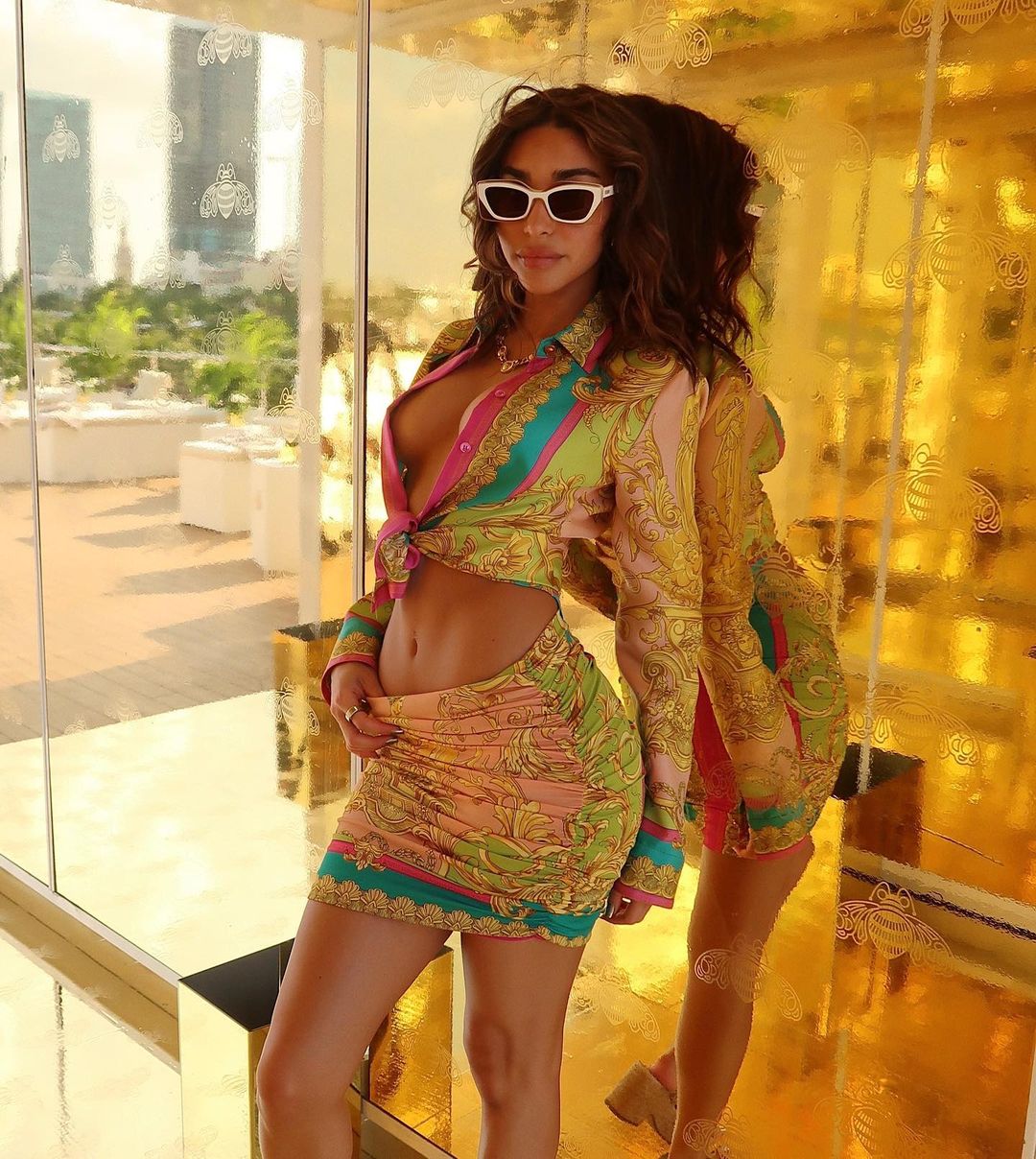