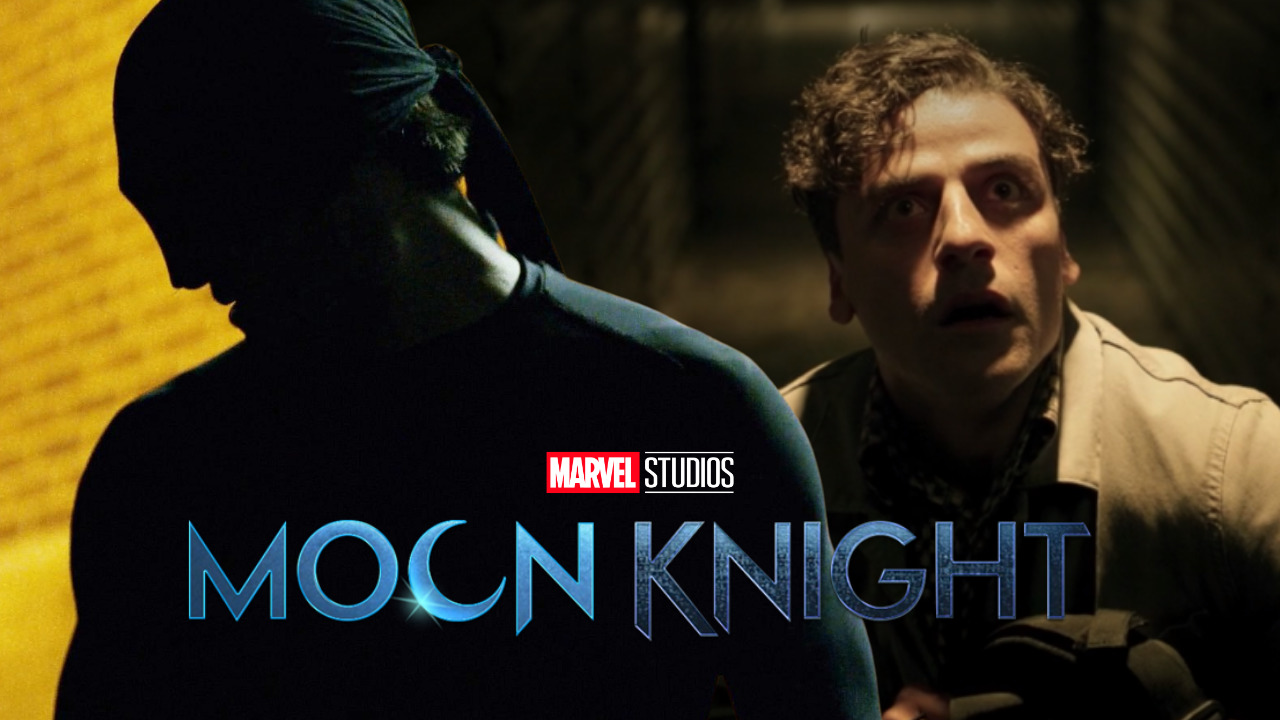 The MCU fandom thrives on fan theories and rumors. Sometimes they do come true, and that’s when fandom rejoices. Right now, a brand new rumor is doing the rounds- Charlie Cox could show up as Daredevil in the highly anticipated Disney+ Marvel show Moon Knight.

The Disney+ show will focus primarily on its protagonist, portrayed by Oscar Isaac. But as with everything Marvel, any character from Marvel’s pantheon of supernatural and dark heroes could appear in the Disney+ series.

And out of all these characters, Daredevil is the one whose appearance makes a lot of sense.

Why Will Daredevil Show Up On The Moon Knight Show? 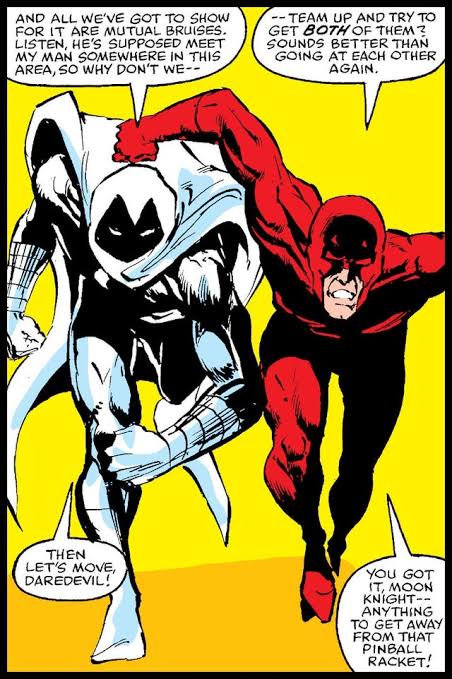 Daredevil originally started on Netflix and was part of the now-defunct Marvel Television. This is why it isn’t on Disney+ and until about a month or so ago, wasn’t officially confirmed to be part of the main MCU canon.

His first official MCU appearance was in Spider-Man: No Way Home, where he showed up to offer legal help to Peter Parker. Thanks to that appearance, the door has now been flung open. He can now show up in multiple future MCU projects.

As a result, all kinds of theories are making the rounds. Many think that he will be in the upcoming She-Hulk show, while others think that his appearing in the Moon Knight series is a possibility as well.

These fan theories are all because Daredevil is a favorite of Marvel viewers and has been since 2015, when his show premiered. That 2015-2018 running show was much darker and more brutal than anything I ever imagined.

Moon Knight is supposed to fill in that void that Daredevil left since it too is supposed to be more brutal and darker than the average MCU project. Due to this, it seems only logical for Daredevil to show up next on this show. 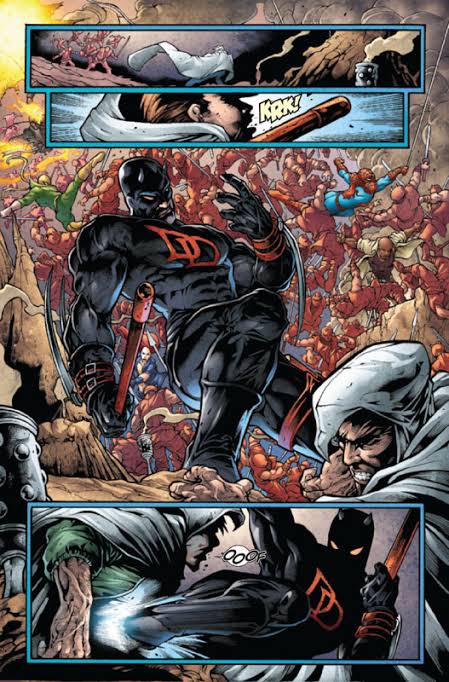 Daredevil and Moon Knight in the Shadowland comic book arc

Along with the shared tone of both the TV show and characters, there are multiple other reasons Moon Knight and Daredevil should meet. One is that they have both fought against and with each other at different times in the pages of Marvel comics.

They have worked with each other on Daredevil’s Marvel Knights team and also against each other in Moon Knight #13. But beyond their similar crime-fighting lifestyles, the two are connected by an even more important storyline- that of the Shadowland comic run.

Shadowland comic run was about Matt Murdock trying to infiltrate The Hand, an expert-criminal clan, to cleanse it from the inside out. But during this mission, he was possessed by The Beast, a demon worshiped by The Hand. 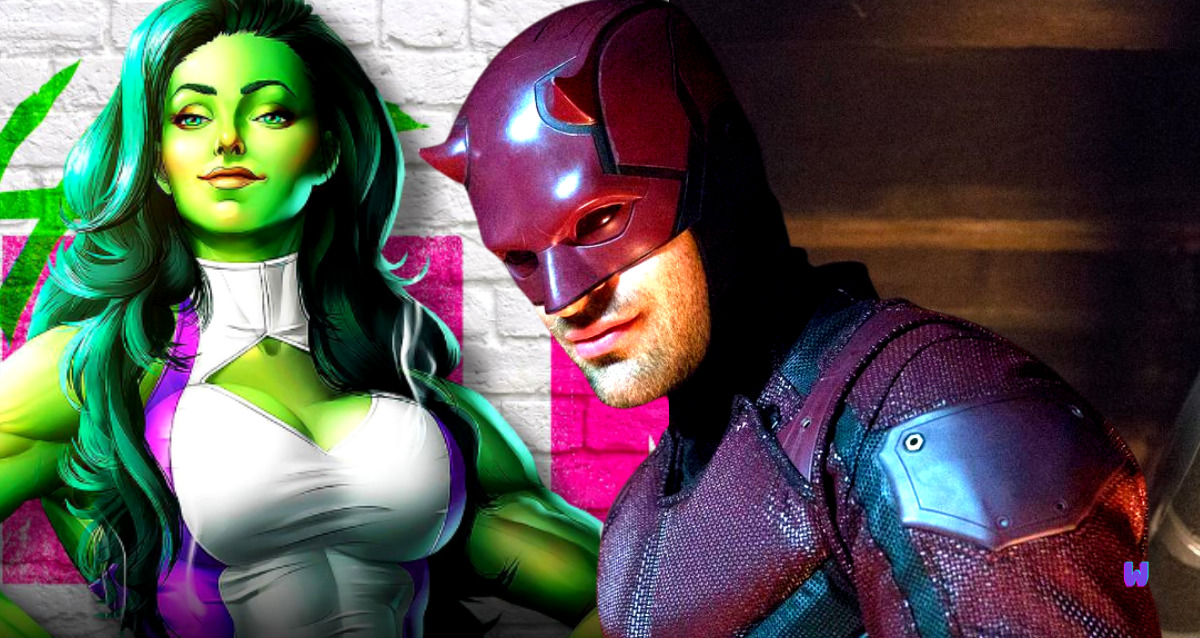 Now, Moon Knight will likely not use this storyline since the focus will strictly be on Marc Spector, and rightfully so. But the trailer did reveal that the series will use various supernatural things.

Now, Spector’s origin doesn’t include demonic possession, but the character’s connection to magic could open up a way to reference Shadowland in various ways. Thus, this might be a way to bring in Charlie Cox’s Daredevil.

Ultimately, we won’t know whether Daredevil is in Moon Knight or She-Hulk for that matter, until and unless these shows premiere. The Shadowland comic book run would be a fun connection to explore in live-action.

But the MCU will link the two through their shared brutal way of crime-fighting first before digging into the more complicated stuff related to the supernatural.

Regardless, the shared history of these characters reveals that the rumors about Daredevil showing up in the Moon Knight show have a chance of being true.

You might also like: Moon Knight Will Use Oscar Isaac’s Awful British Accent To Convey A Key Plot Point