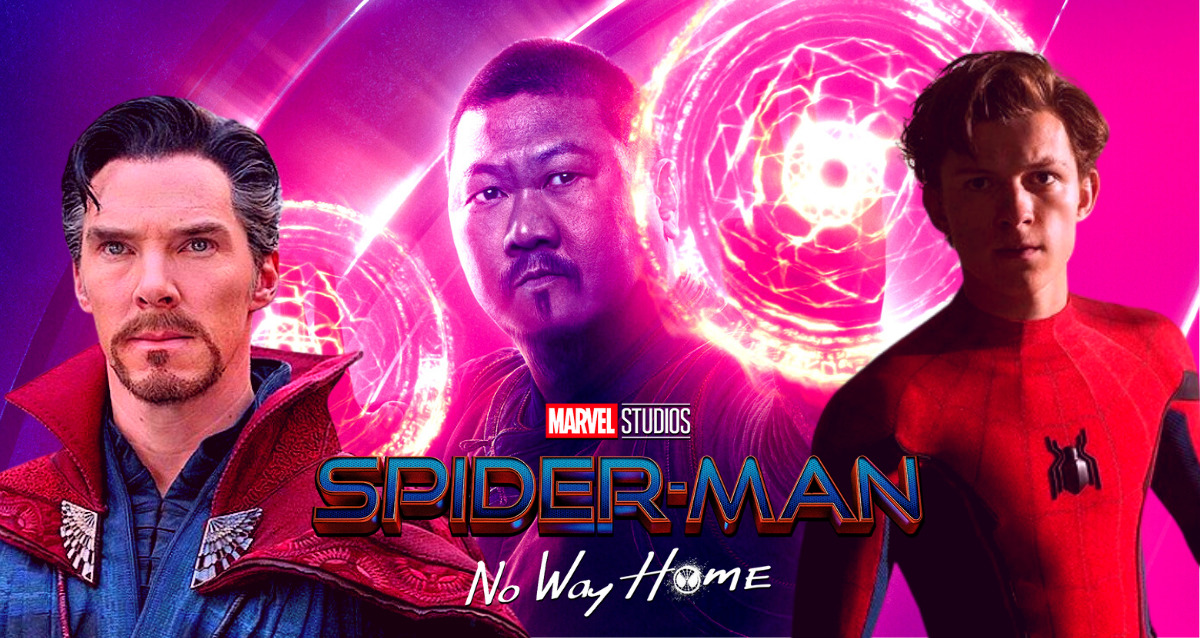 Fans have been dreading Spider-Man: NWH for months due to speculation that Tobey Maguire and Andrew Garfield would return. One explosive trailer was released for Spider-Man: NWH, showing Peter Parker accidentally opening the Multiverse, enabling villains like Alfred Molina’s Doctor Octopus to return and exert control over the public.

Despite the numerous rumours, moviegoers are still unsure of the plot or the identities of all the characters featured in the film. Unfortunately, merchandise such as a picture book scheduled for release before the film served as the only clue for fans. That picture book has now leaked pages, along with a mysterious new character not seen in the trailer, merchandise, or rumour mills. 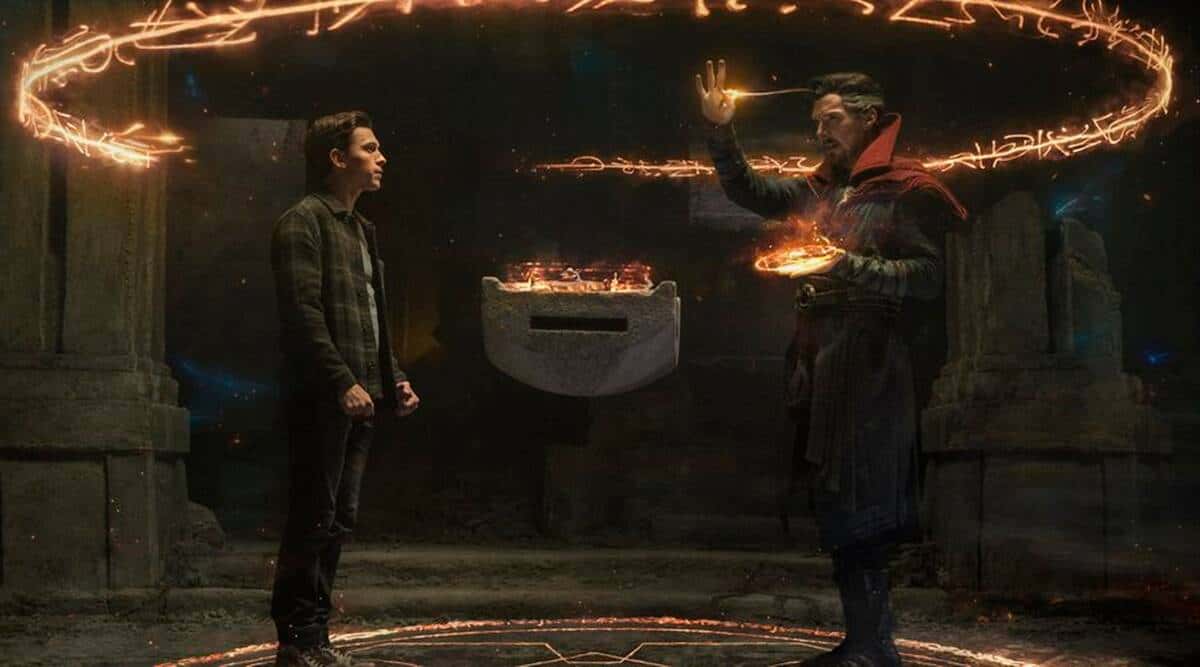 Several pages from Calliope Glass and Andrew Kolb’s Spider-Very Man’s Strange Day!, based on Spider-Man: NWH, were leaked by Noticias Geek TV. A disgruntled Doctor Strange and Peter Parker in his Far From Home costume join Wong on a tour of the Sanctum Sanctorum. Ned Leeds and an unknown character in winter coats and snow shovels also appear.

A picture of Wong leading the group through the Mirror Dimension is shown on a page that says:  “The Mirror Dimension! Step by for an interactive experience that bends the laws of physics! Is it jarring, or is it terrifying? The answer is yes!”

There’s a brand-new character in town, and they’re all smiles and raised arms in celebration. Another page gives the readers a better idea of the “Undercroft,” which appears to be just “a dirty basement” in promotional images and LEGO sets:”

“Next, be sure to check out The Undercroft! Okay, it’s pretty much just a dirty basement. But still! Try on a novelty mustache or silly beard, just for fun. They mustache you not to laugh. Get it?”

The book says that a fearless MJ befriends a rat he sees on the page “Make friends with other visitors! Some of them are rats!” A bereaved Peter Parker and a cranky Stephen Strange are comforted by MJ, Ned, Wong, and an unknown character on the following page “Not a rat person? Perhaps a dance party will help! Study energy and magic…and take the time to let loose!”

As a result of the Sanctum’s “awesome portals to other ecosystems,” they all engage in a snowball fight indoors.

“Snowball fight! Plus, the New York Sanctum has awesome portals to other ecosystems. Get to know all about climate diversity!”

When Ned falls through one of the portals, there’s a brief moment of excitement, followed by the words, “He’ll be fine. Probably:”

“Enter a world of excitement and exploration! But also watch out for that open portal, Ned! Oops, too late. He’ll be fine. Probably. In the meantime, step on over to…”

Unknown character helps shovel snow on the last visible page as Wong shows everyone around him, including Ned, “The Relic Room.”

“The Relic Room! Look, listen, and learn about these ancient artifacts of the mystical world! Please be sure to handle with care. Except that axe. Don’t touch that.”

This Snow Shoveler Is a Mysterious Figure—Who Is He?

These pages are interesting because a new character would seem in each one, either shovelling snow or having a good time on their tour with the other one. And of course, they’re pretty interesting. No one knows if this character originated in the movie or adapted from a comic book, but it could be either one. 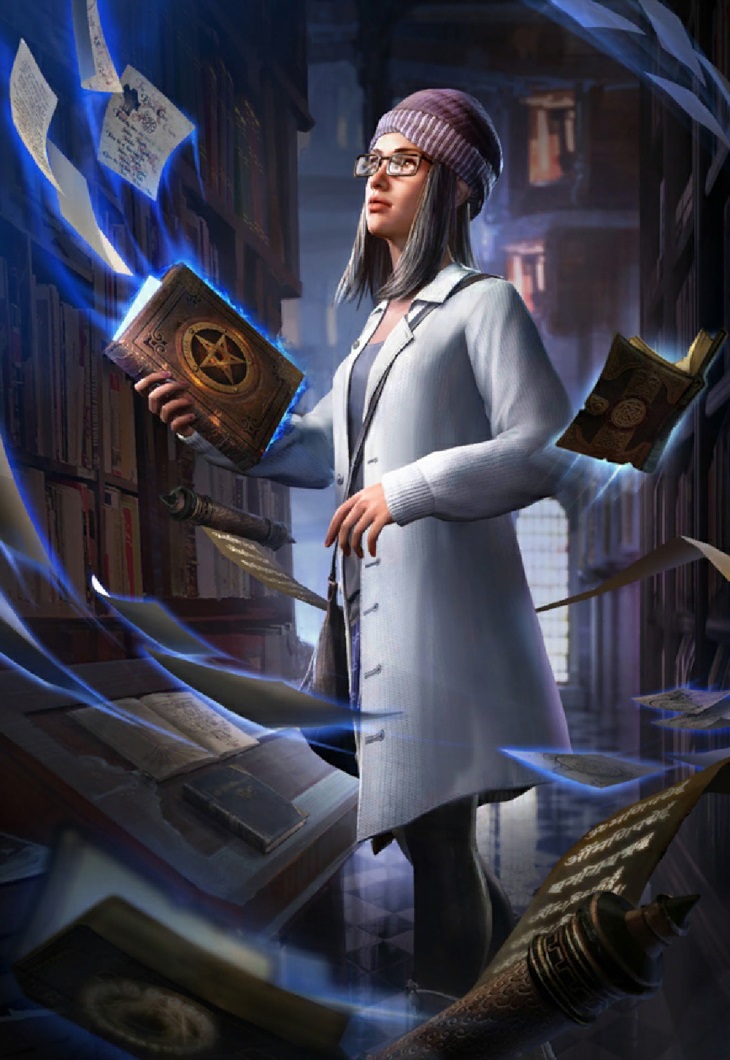 Zelma Stanton, a teenager, infected by Mind Maggots, may be a newcomer to Marvel Comics named Zelma Stanton. Then, after helping her, Strange makes her his librarian and even serves as an apprentice to him for a time after that! 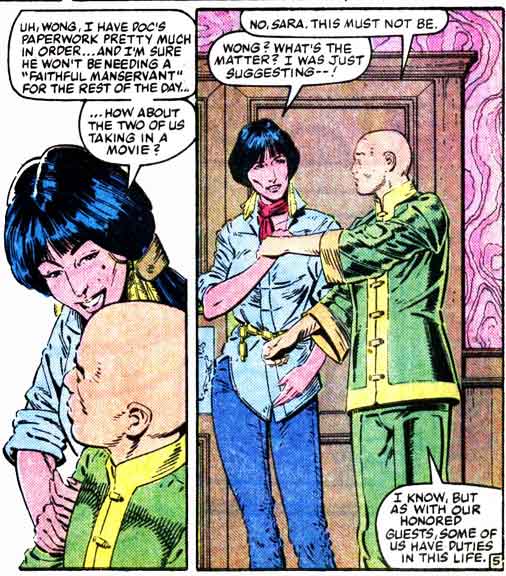 Sara Wolfe, the secretary of Doctor Strange and the romantic interest of Strange’s assistant Wong, seems more likely to be this character if it is from the comics. It’s not just that she’s depicted in the picture book as taller than Spider-Man and MJ, but she’s also shown to be close to Wong.

Maybe she’ll be in the trailer with Wong when he leaves the Sanctum. She may have already passed through the portal when Wong warned Strange about casting “that” spell. This has been considered as a shred of evidence as he was noticed carrying two suitcases.