Daemon Makes His Biggest Move Yet In House Of The Dragon

House of the Dragon episode 4 had everything that Game of Thrones had. From twists and turns to family drama and incest it was an episode packed with drama. However, the most interesting part of the episode was that Prince Daemon Targaryen made his biggest move yet and it involves Princess Rhaenyra. As of now, he has shown his rebellious nature in pretty blatant ways such as stealing the dragon egg or waging war on the Stepstones. However, in episode 4 he plays his hand subtly and causes unimaginable repercussions for all involved.

Within the first few minutes of the episode, we witness Daemon Targaryen ride his dragon Caraxes to King’s Landing. He enters the throne room where a large audience has gathered to witness his return. The brothers, Daemon and Viserys put aside their bad blood and embrace each other. Viserys also congratulates Daemon for his victory over the Triarchy and the Crabfeeder. However, the only one who seems wise to Daemon’s ways is Princess Rhaenyra herself. Although she is overcome by her desires later on in the episode, she initially figures out that Daemon has returned for a reason. She confronts him and asks him the reason for his return because nothing is as simple as it seems with Daemon. He claims that he has returned only to experience the comforts of home. However, in reality something much more sinister in play.

Rhaenyra and Daemon venture out at night

Prince Daemon finally reconnects with his favorite niece who is similarly quite excited to see him. They converse in High Valyrian and have some seemingly harmless flirtatious moments. Eventually, when Princess Rhaenyra returns to her chambers at night she comes across a package. The bag included common clothes that would disguise her as a boy and a letter showing her a secret passage out of the castle to meet Daemon. The two of them go out into town to experience the bustling life of the city. The streets are filled with performing artists, tightrope walkers and even a satirical parody of the heir dilemma in House Targaryen.

Eventually Daemon takes Rhaenyra to the Streets of Silk. He shows Rhaneyra the pleasures in the brothel and they get intimate. He takes off her disguise and much of her clothing and they then kiss. However, Daemon hesitates midway and changes his mind. Instead, he abandons her there as she stands confused, more or less disrobed and recognizable as ever.

Their brief dalliance has consequences 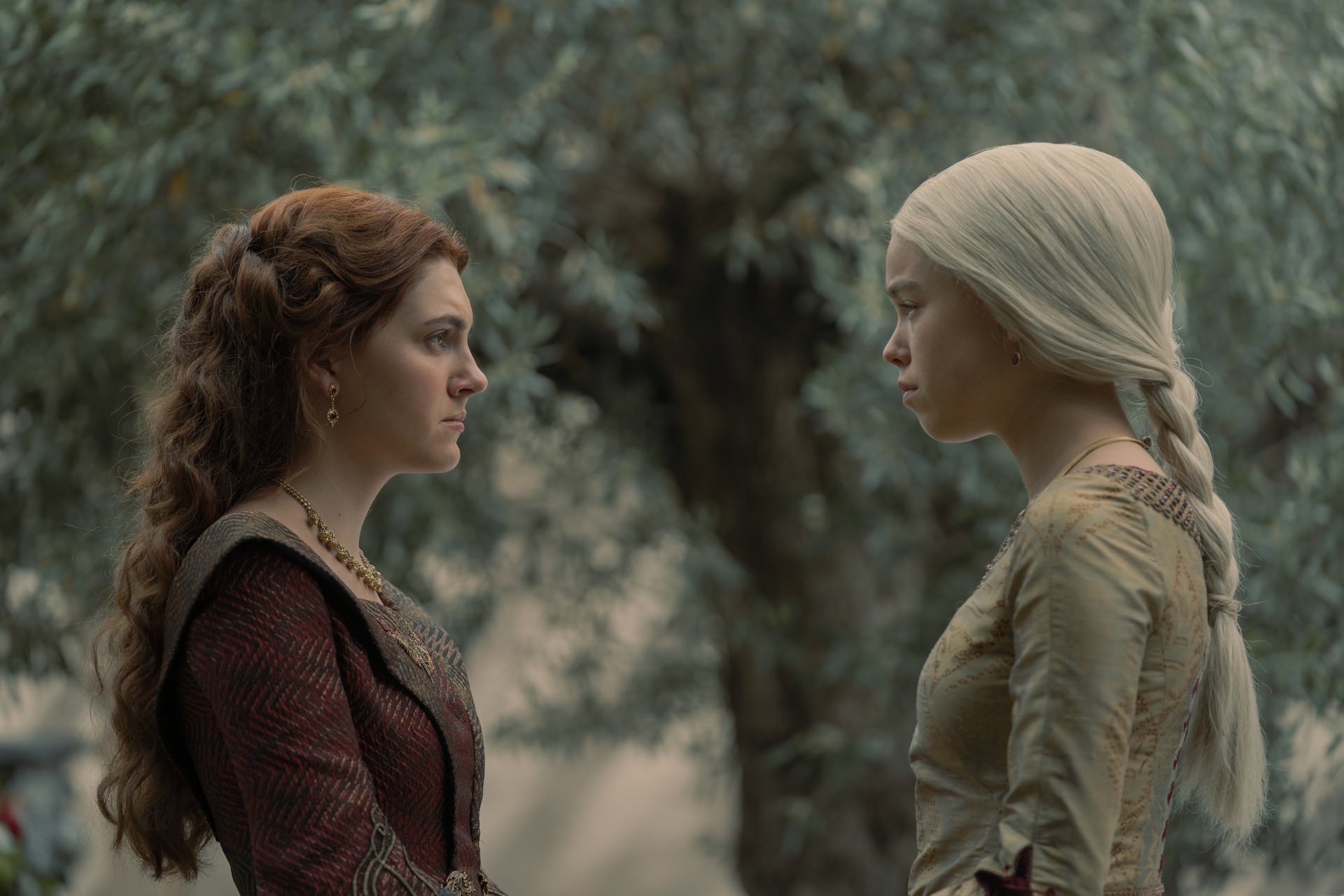 As was expected, Rhaenyra was recognized in the brothel at the Streets of Silk by a young boy. The boy then reported his findings to none other than the King’s Hand, Otto Hightower. Naturally, Otto goes to the King to deliver this unfortunate news. She is  confronted both by Queen Alicent first and then by her father, King Viserys who is frustrated and has had enough of her irresponsibility. He gives her an ultimatum to marry Prince Laenor, son of the Sea Snake as she had caused him enough trouble already. 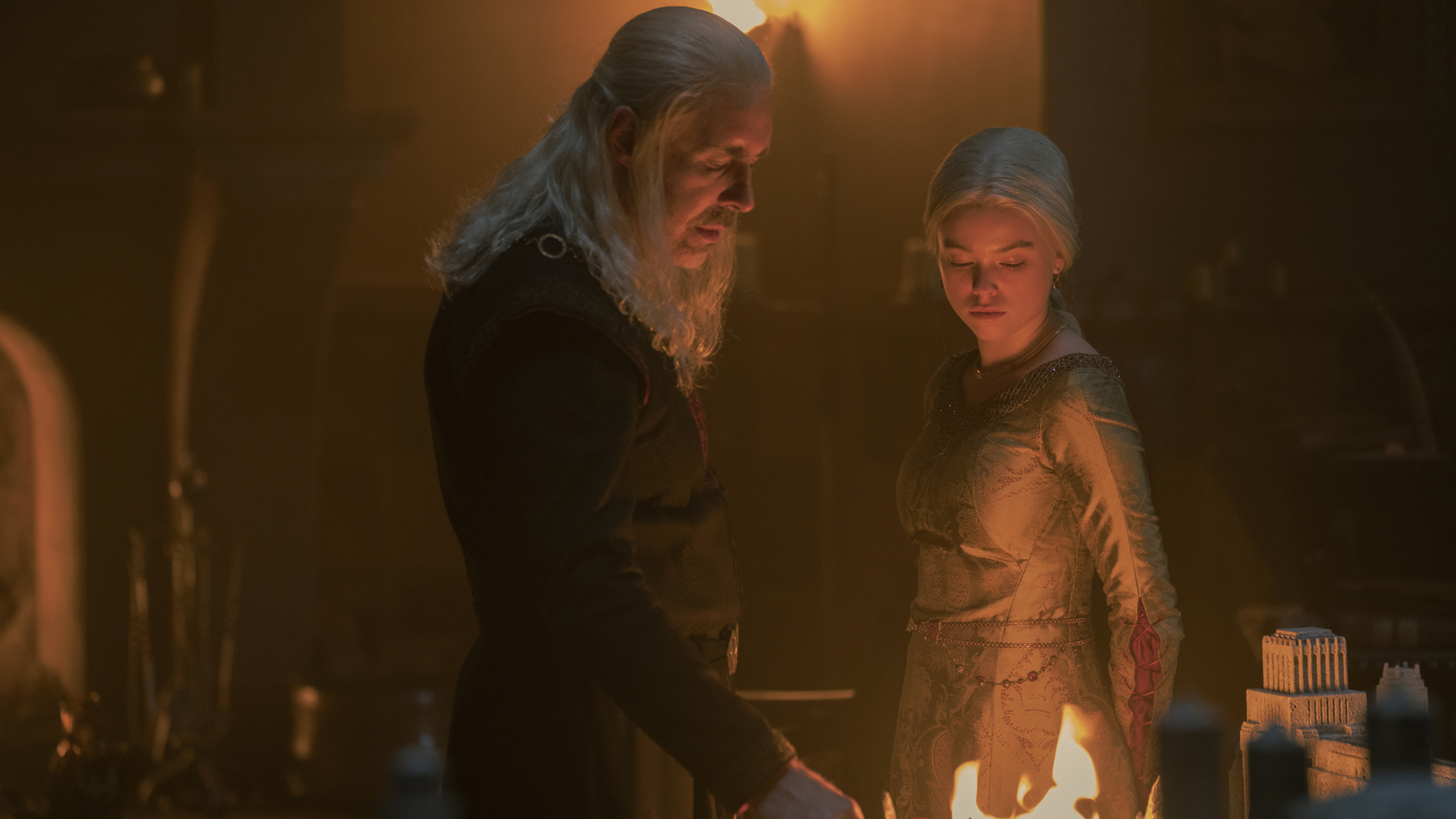 The King naturally demands an audience of his brother, Daemon. He confronts him about defiling his daughter. Daemon does not deny the accusations. Viserys then raises the pertinent question of Rhaenyra’s marriage now that she had been sullied by Daemon and had her prospects ruined as a result. Daemon Targaryen finally asks for his “gift” in return for his victory at the Stepstones. He asks for Princess Rhaenyra’s hand in marriage. He boldly proclaims that he will marry her in the Targaryen custom and they will then return the House of the Dragon to its previous glory. 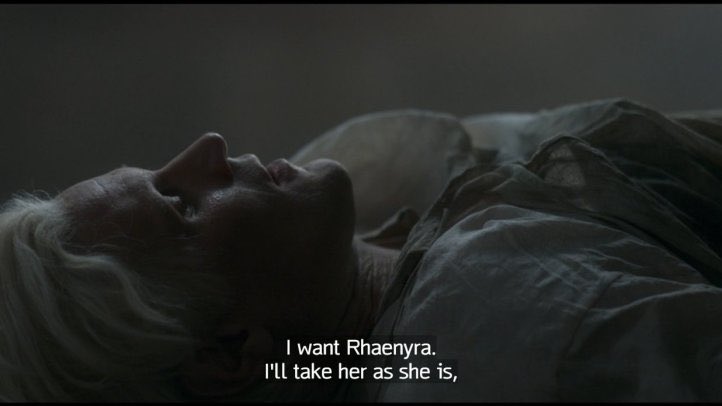 We finally understand why Daemon returned after all this while. The King naturally refuses his proposal and tells him to be gone. But rest be assured, Daemon still has a lot more up his sleeve and he has just begun to play the game. Though for the time being the Princess remains well out of his grasp and is to wed Prince Laenor Velaryon in House of the Dragon.