Did The Punisher’s Rosario Dawson Just Confirm A Revival? 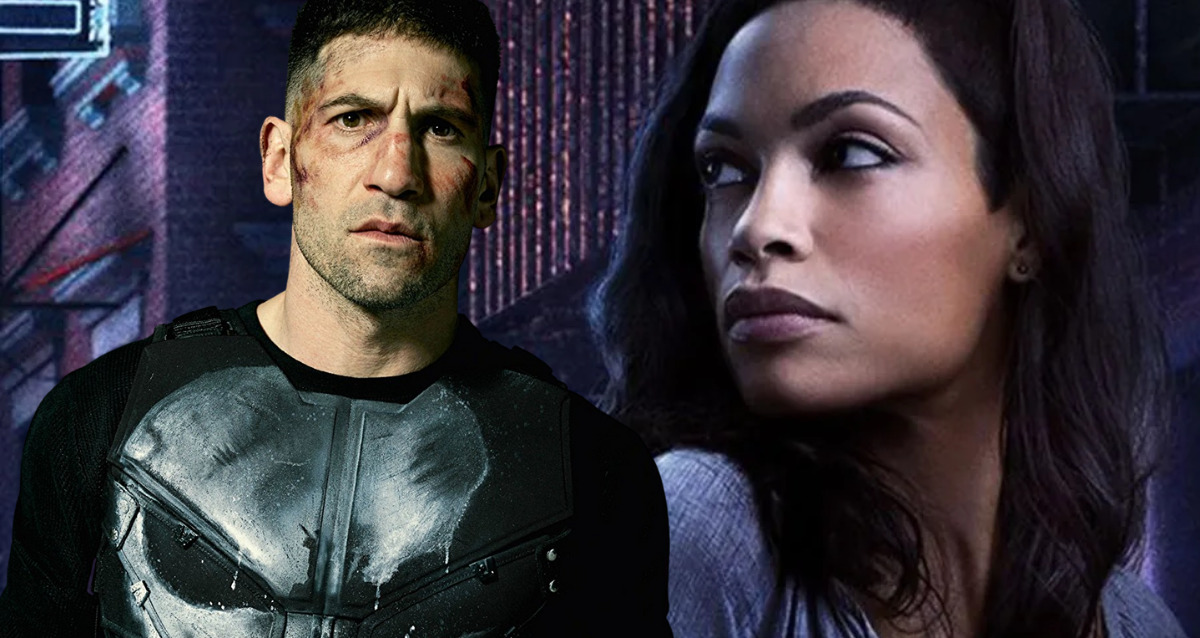 The Punisher’s Rosario Dawson may have just spilled the beans on some important information on the show’s revival. The production behemoth has not stopped creating the MCU as a formidable force; it has also worked diligently to replicate that success in the television realm. WandaVision and Loki have been massive hits recently, and Ms. Marvel fascinated viewers with its portrayal of a child superhero’s genesis tale. The Punisher was another series that was instrumental in Marvel’s TV popularity.

It became a fan favorite for two seasons and helped launch Jon Bernthal into international stardom. Due to licensing issues, Netflix ultimately decided to terminate the show after just two seasons. Fans have been begging Marvel to bring him back ever since, and it seems like their wish has been granted. The Punisher’s Rosario Dawson has hinted at a possible return for the anti-hero.

The actress said at this year’s C2E2 that she learned about it the day before. Check out the video below to know what she had to say.

Rosario Dawson reveals at #C2E22022 that #ThePunisher is getting revived with Jon Bernthal returning pic.twitter.com/c3VInNf3dJ

Marvel Continues To Keep Fans In The Dark

While Marvel Studios has not officially confirmed Punisher’s comeback, it seems likely given recent events in the MCU. Over the course of the MCU, the Marvel TV period has been making a resurgence as of late 2021. The Kingpin, played by Vincent D’Onofrio of Daredevil fame, appeared in the first season of Hawkeye and was revealed to be the show’s primary antagonist. Daredevil: Born Again will premiere in 2024 as a revived series, and that same month, Charlie Cox’s Matt Murdock made a crucial guest appearance in Spider-Man: No Way Home. It remains to be known how Bernthal’s Punisher will return, but this is another instance of Marvel Television finally being recognized for its achievements. Originally, the MCU films ignored the goings-on in the TV series to the point that they didn’t even reference them. Agents of SHIELD and the other Marvel TV programs have always been canon since they all take place in the same shared universe as the movie. Following Dawson’s statements, maybe more will be revealed at D23 concerning The Punisher’s return to the MCU.