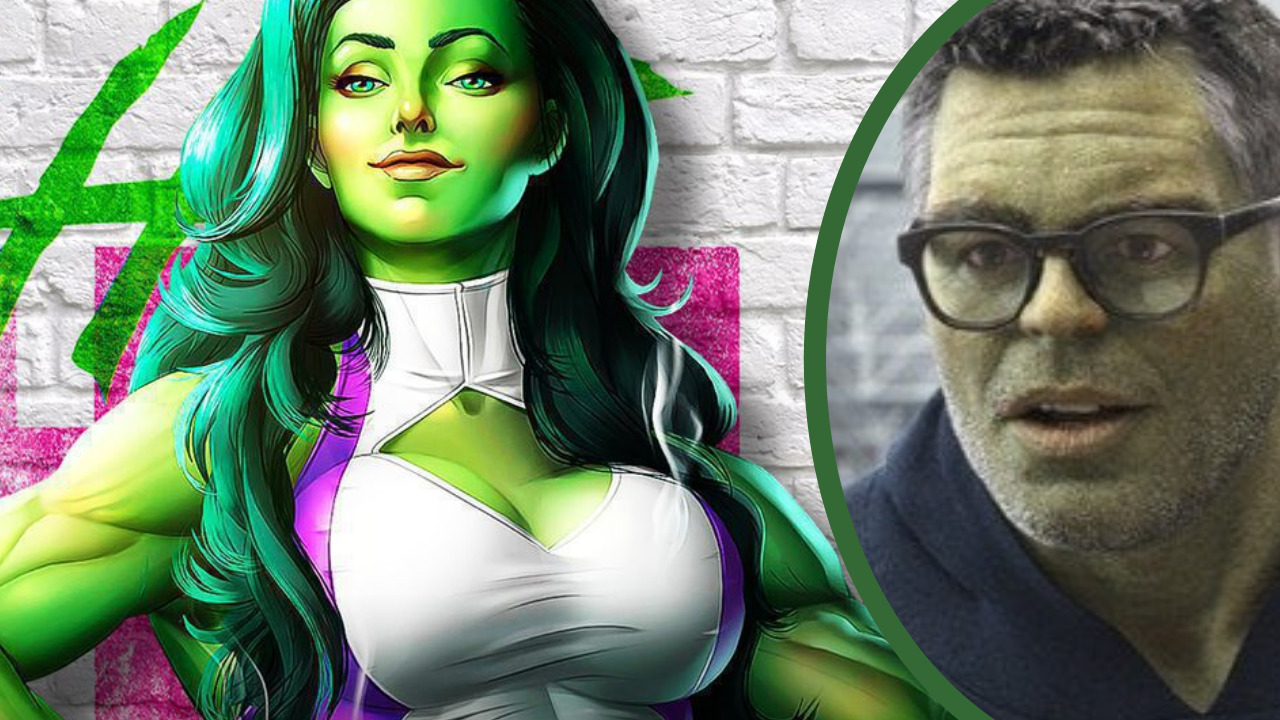 She-Hulk will soon be a part of the Marvel Cinematic Universe since her Disney+ TV show is coming soon. It’s part of Phase 4 of the MCU, and this time Marvel Studios is doing things a little differently.

This is because the MCU is now creating both TV shows and films. And all of them are connected to each other. This helps expand the universe further.

2021 was a great year for Disney+ MCU television with WandaVision, The Falcon, and the Winter Soldier, What If…?, Loki, and Hawkeye. 2022 is poised to be an even bigger year.

Among the TV shows lined up, She-Hulk is one. The show will bring Mark Ruffalo’s Bruce Banner/Hulk back to the MCU for the first time in more than a cameo capacity after the events of Avengers: Endgame.

Also, the show has revealed a secret about Hulk even though it’s nowhere near its premiere.

How Is She-Hulk Different From Her Cousin? 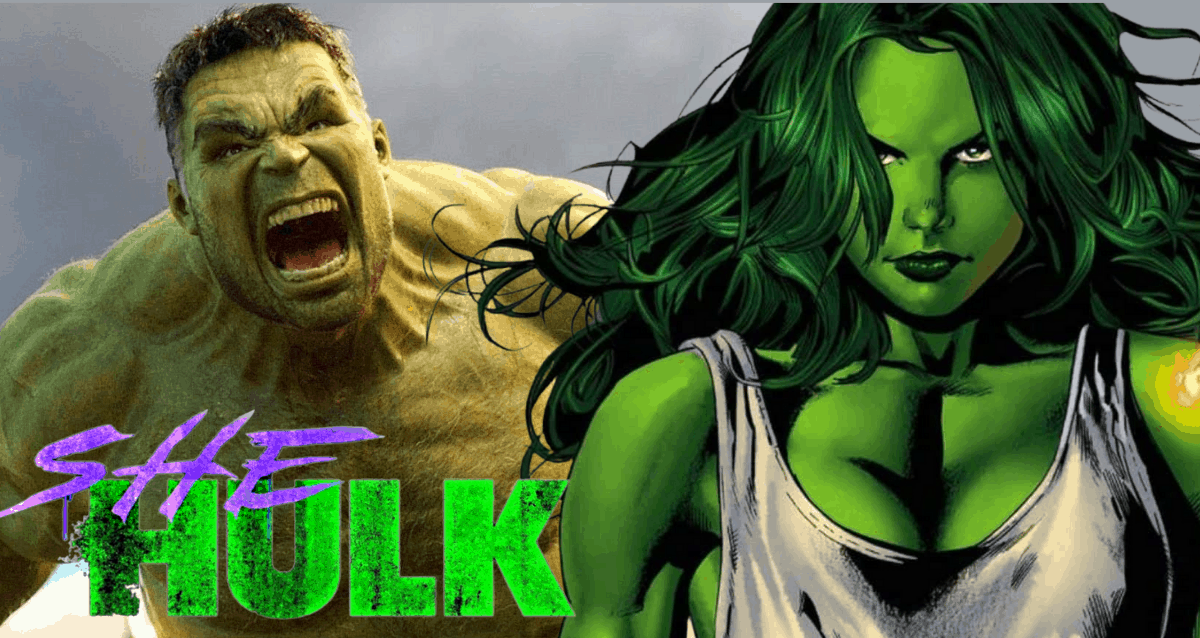 Not much has been released about She-Hulk’s plot. But officially, it has been described as a legal drama superhero series. We got a brief look at it during Disney+ Day celebrations.

The show stars Tatiana Maslany as Jennifer Walters, a lawyer who specializes in cases of superpowered beings. Also, she is Bruce Banner’s cousin, and at some point, she is going to get the same abilities as her cousin.

When she gets those powers, she transforms into a more powerful and larger green version of herself. However, her size never reached Bruce’s proportions.

Know that when she transforms into She-Hulk, Jennifer keeps her intelligence and personality intact. Also, she is in control of her emotions even though there are outbursts of anger. These among other things, set her apart from her cousin.

But here’s what the show reveals about the Hulk that makes sense in the MCU.

How Did Jennifer Walters Become She-Hulk? 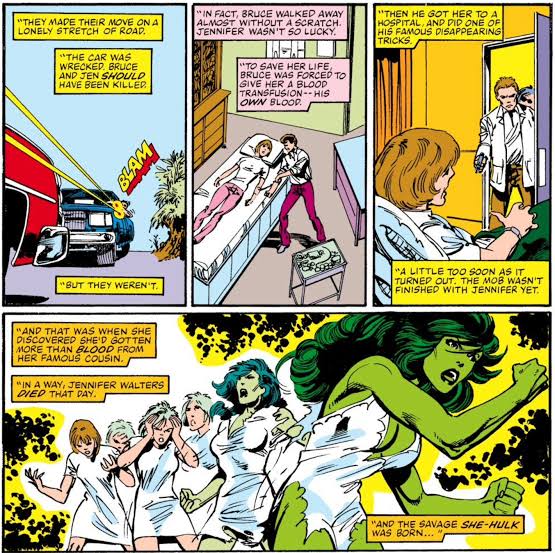 In the pages of Marvel comics, Jennifer Walters was shot by mobsters, crime bosses and left severely wounded. She then needed a blood transfusion.

But there weren’t any donors of her blood type. So the only way to save her was through a blood donation given to her by Banner. This is simply because he had the same blood type.

Thankfully, Jennifer survived. But not without changing. Bruce’s gamma-irradiated blood affected her and this combined with her anger made her transform into She-Hulk.

Her first transformation was at the hospital when the mobsters who shot her tried to finish her off. Now, Bruce and Jennifer do have things in common with each other as Hulk, and She-Hulk respectively.

But as we mentioned above, there are big differences as well. And this is mainly in their personalities. It is this that helps reveal a big but sad secret about the MCU’s Hulk.

She-Hulk Can Shed Light On Bruce And Jennifer’s Differences 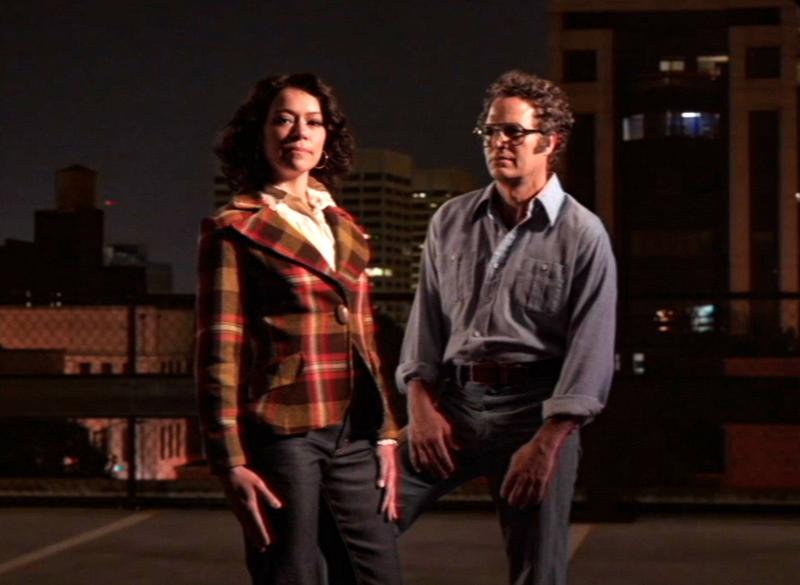 In Marvel comics, Gamma radiation affects subjects differently and brings out different sides of them. What side will come out depends on their backstories and personalities.

Hulk is the way we have known him over the years because he is representative of childhood trauma and suffering. So Hulk is so savage and aggressive because his repressed trauma and emotions come out with the transformation.

This is the case with the MCU too. Jennifer doesn’t look like she will be as savage as Bruce when she transforms into She-Hulk. This can help pave the way for an exploration of Jennifer and Bruce’s pasts in She-Hulk.

Now, She-Hulk is about Jennifer Walters, and she should get the spotlight. But the MCU has to explain how Bruce transformed back into a human after becoming Smart Hulk in Endgame.

We saw that he appeared as Bruce in Shang-Chi and the Legend of the Ten Rings post-credits scene and then again as Smart Hulk in the She-Hulk sizzle reel. Also, it needs to be said that in the She-Hulk footage we saw him as Bruce Banner too.

As such, he must be able to transform between the two now. So hopefully, MCU will address this, and we will get to see the differences between She-Hulk and Hulk.