The scenic beauty is always at its peak when filming on an outdoors location. And Elizabeth Hurley is living her absolute best life in the Caribbean while shooting her upcoming movie. The 56 year-old British actress recently took to Instagram to share a gorgeous bikini photo. In the post, Hurley focused on the many “pros” of island life. But the biggest pro for one fan was seeing her in a bathing suit. And that has been made certain with their comments.

Check out the photo below! 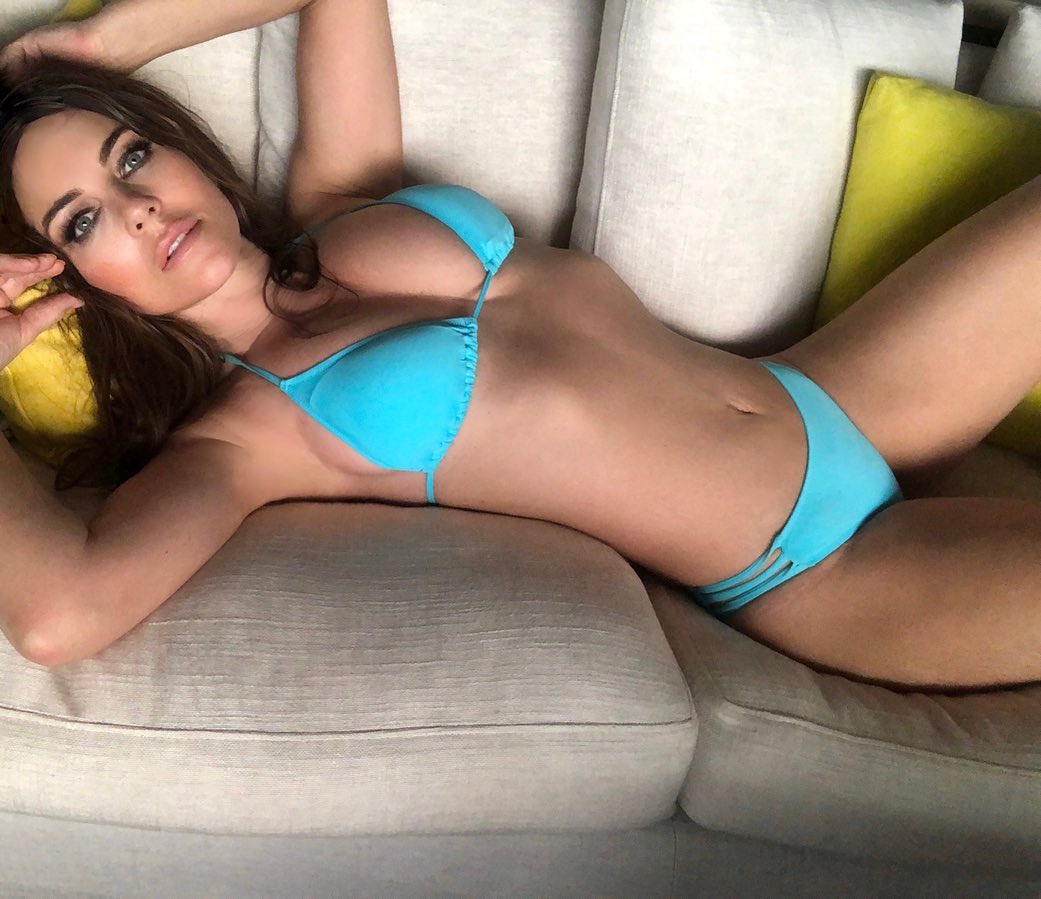 The Caribbean Has Its Own Perks

It is true that The Royals star decided to strike a pose indoors. But Elizabeth Hurley rocked the beach look in a two-piece string bikini that showed off her jaw-dropping figure. She was captured while lounging on a sofa bed. Hurley was absolutely breathtaking in a baby blue set that consisted of a halterneck top and low-waist bottoms with triple side straps.

The picture also featured a close up shot of her toned curves. Her incredibly flawless body was sprawled horizontally across the frame, cutting off at the thigh and teasing a nonchalant knee hike. Elizabeht rested her one hand tucked behind her head. Whereas the other was raised to her temple, with her pricing blue eyes giving a bold gaze into the camera.

“Filming on a sunny island has its pros,” Hurley captioned the shot. Almost immediately, fans flocked the post with likes, thus earning close to 135,000 likes on the media sharing platform.

Hurley Is Rocking Her Own Brand Elizabeth Hurley takes a mirror selfie in a plunging purple bathing suit from her own swimwear brand.

Elizabeth Hurley is many things. And her Instagram bio describes her as a bikini designer as well. The star has modeled a bunch of outfits from her own swimwear label for the island shoot. In the post, she gave a casual shoutout to her eponymous brand by tagging the page. And it is a frequent occurrence for the model to promote her trendy bikinis and one-piece bathing suits from her collection on her feed. The same happened a week ago when she served a stunning beach look in another blue two-piece with chain details while posing in the sea with a pair of starfish.

The Buzz Surrounding Her New Movie It is true that the star is currently relaxing under the tropical sun. But the Bedazzled star is actually in the midst of shooting a Christmas movie. Set in the Caribbean, the Philippe Martinez-directed rom-com is titled accurately to tell what it depicts, Christmas in the Caribbean. The movie follows the story of an abandoned British bride who finds new love while spending December in the tropics with her bridesmaids.

Elizabeth Hurley has been creating a lot of buzz for her upcoming movie by using the hashtag “newmovie” in the post. In addition, she is also making a subtle reference to her 2021-released holiday flick, Father Christmas Is Back.

“#fatherchristmasisback…again,” she wrote in the caption.

Check out more photos below!

Catch Her On Netflix! 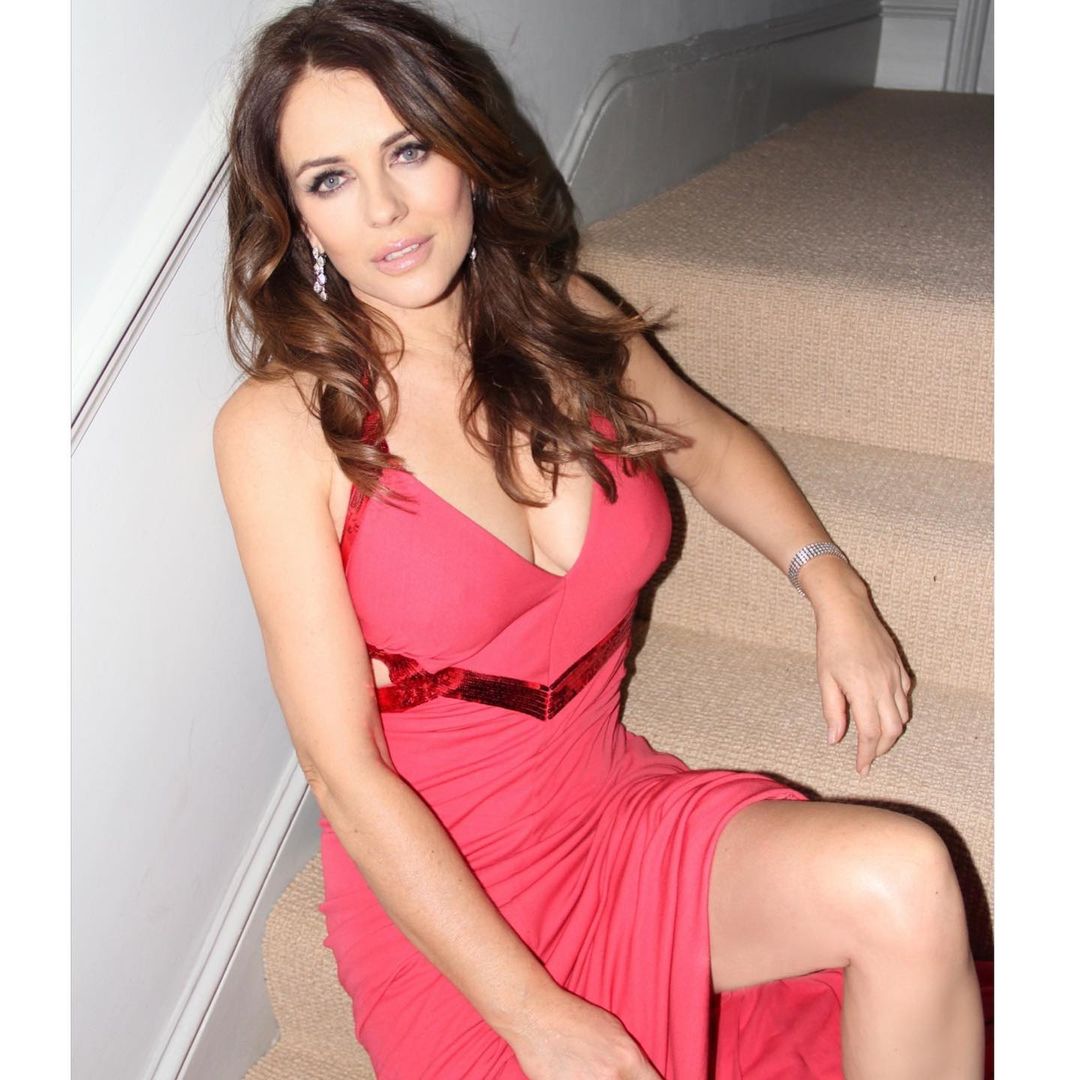 There is still time before fans are blessed with the new rom-com making its debut in theaters. But until then, they are free to follow the actress on social media. Needless to say, Hurley will keep her followers updated on the movie. Perhaps she will even share some shots from the set. Meanwhile, according to an announcement that the English stunner made on Instagram a couple days back, all four seasons of The Royals have just dropped on Netflix. “Such happy memories of making such a fun, silly show about a fictitious British Royal Family,” she wrote alongside a carousel of behind-the-scenes shots that saw Hurley in various beautiful lingeries to delight the fans. 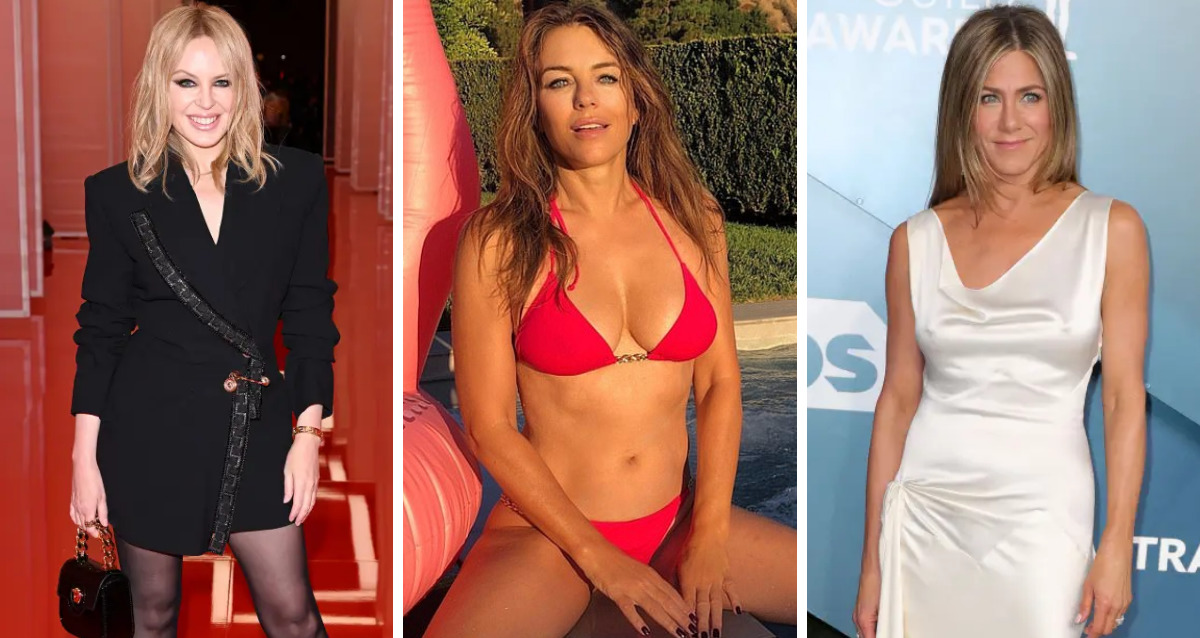 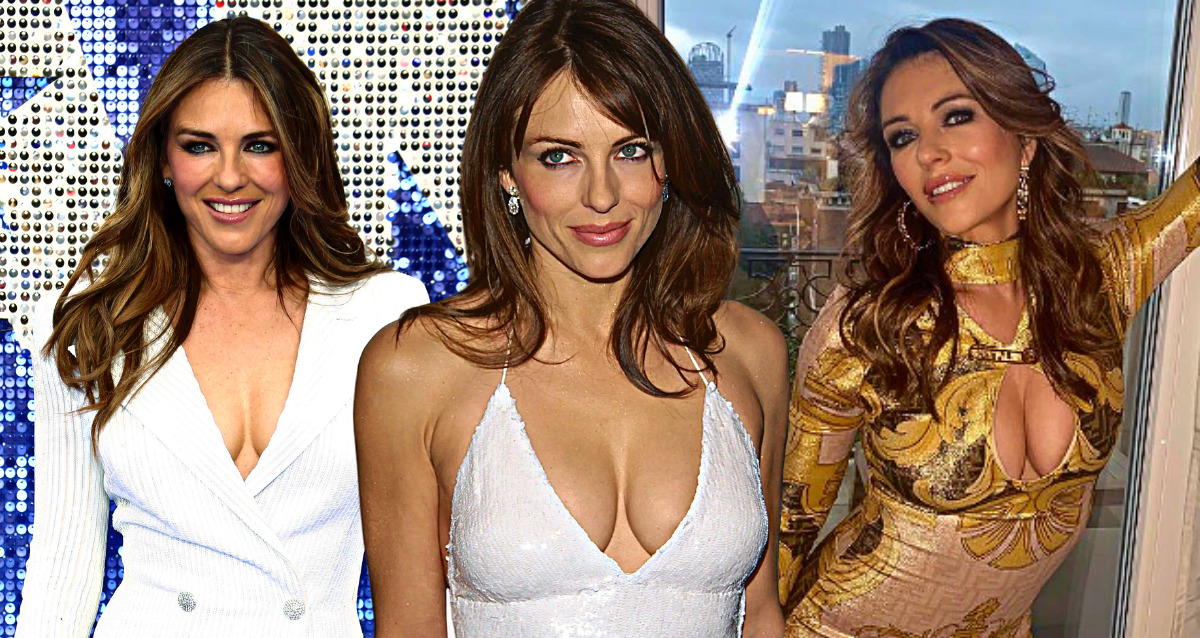