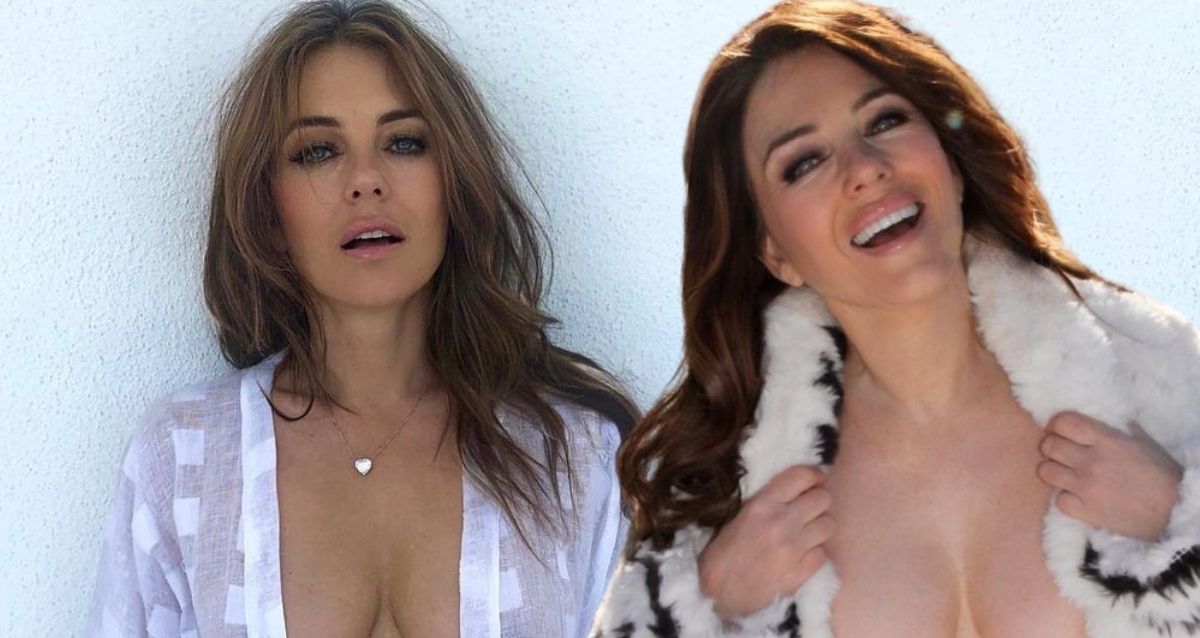 Elizabeth Hurley breaks her own record with this latest update, making the post 56 year-old beauty’s most “liked” IG posts ever.

It doesn’t matter if the weather’s freezing cold, because Elizabeth Hurley can bear it. The bombshell was photographed posing topless under a fur coat for her latest viral thirst trap on Instagram.

The 56 year-old actress sported an open fur coat and white string bikini bottom from her eponymous swimwear line in a sizzling slew of images. 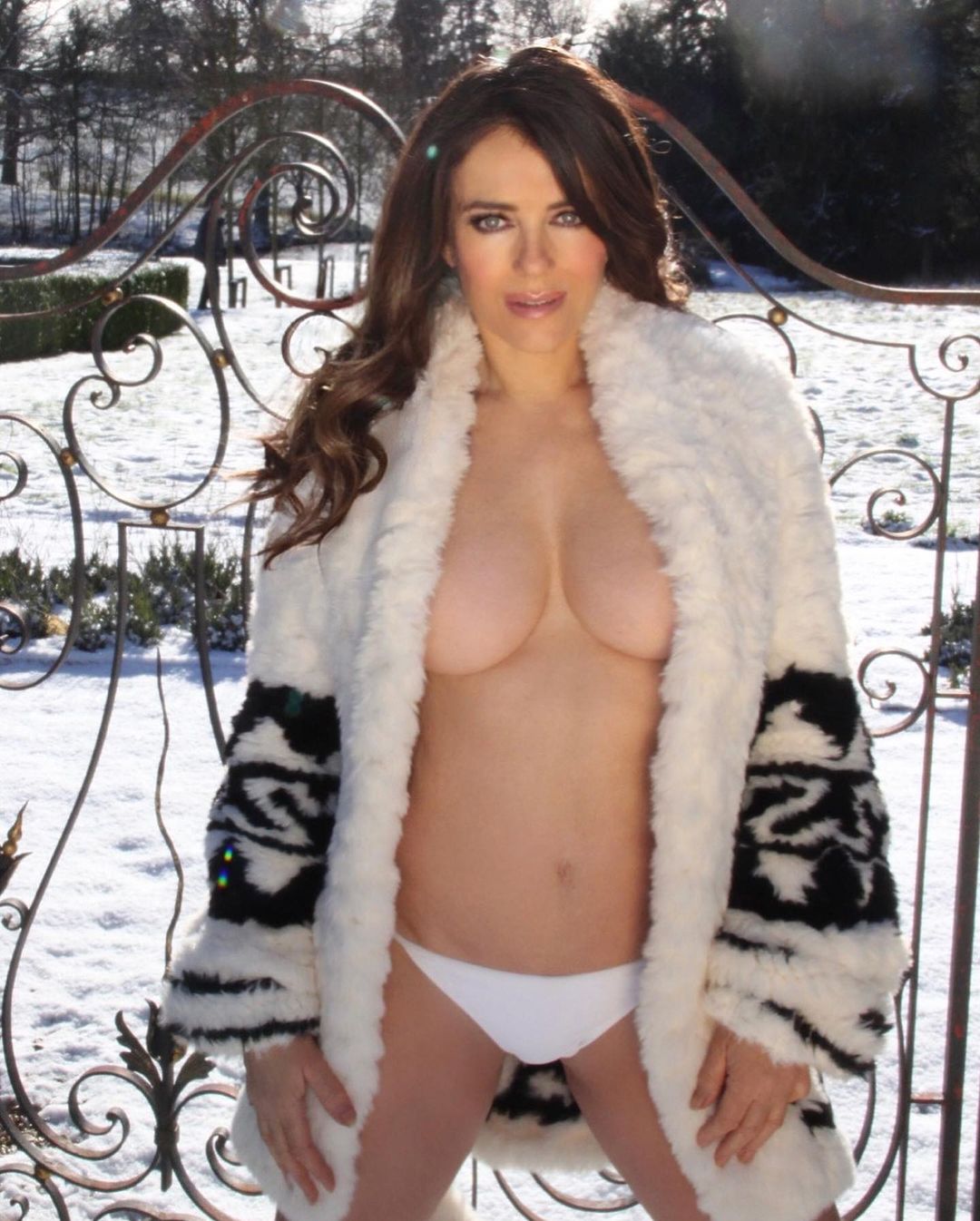 The bombshell posing topless under a fur coat for her latest viral thirst trap on Instagram.

It was posted on her Instagram back in the month of January. But the photo became one of her most popular Instagram photos of the year. It garnered over 310,000 likes—250,000 of which came in under 24 hours. 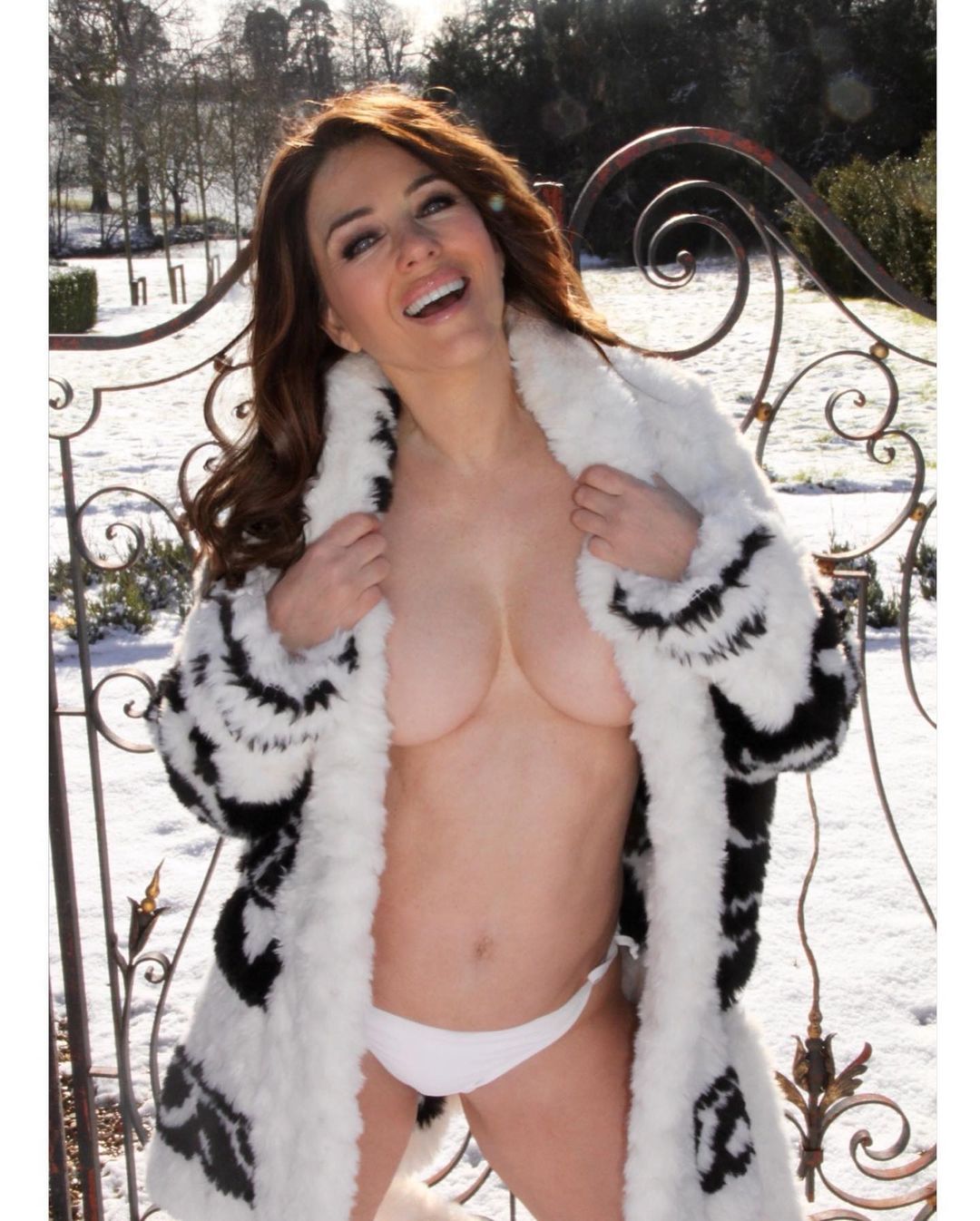 “I’ve been crushing on you since the 90’s when I was a teenager you’re still hot as f–k now I’m 37,” one commenter wrote, per the New York Post.

Another Instagram user referenced Hurley’s 2000 comedy and wrote, “You have been my dream woman since Bedazzled.”

“You are not a human,” said another awestruck fan. 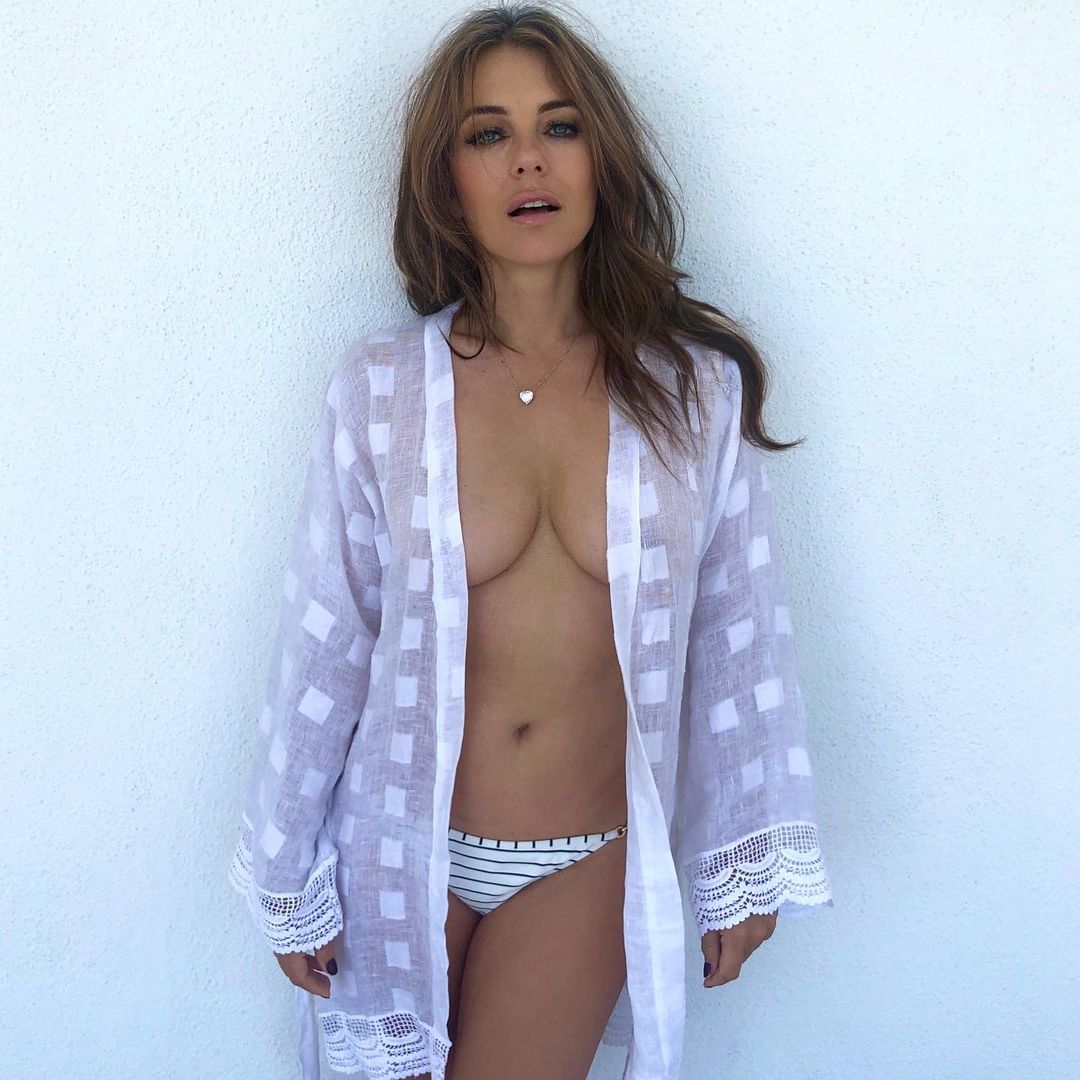 And with great admiration, comes a touch of criticism. So there were also a couple of trolls in the mix, one of whom called out Elizabeth Hurley for being “so desperate.”

“My son is the same age as yours. If I posted stuff like this I swear he’d be mortified forever,” wrote another.

But considering how Elizabeth Hurley’s son, the

18-year-old actor Damian Hurley, is one of her followers, we can tell that he doesn’t really mind his mother openly and confidently celebrating her objective beauty.

Enjoy a few more of Hurley’s latest and greatest looks from Instagram below: 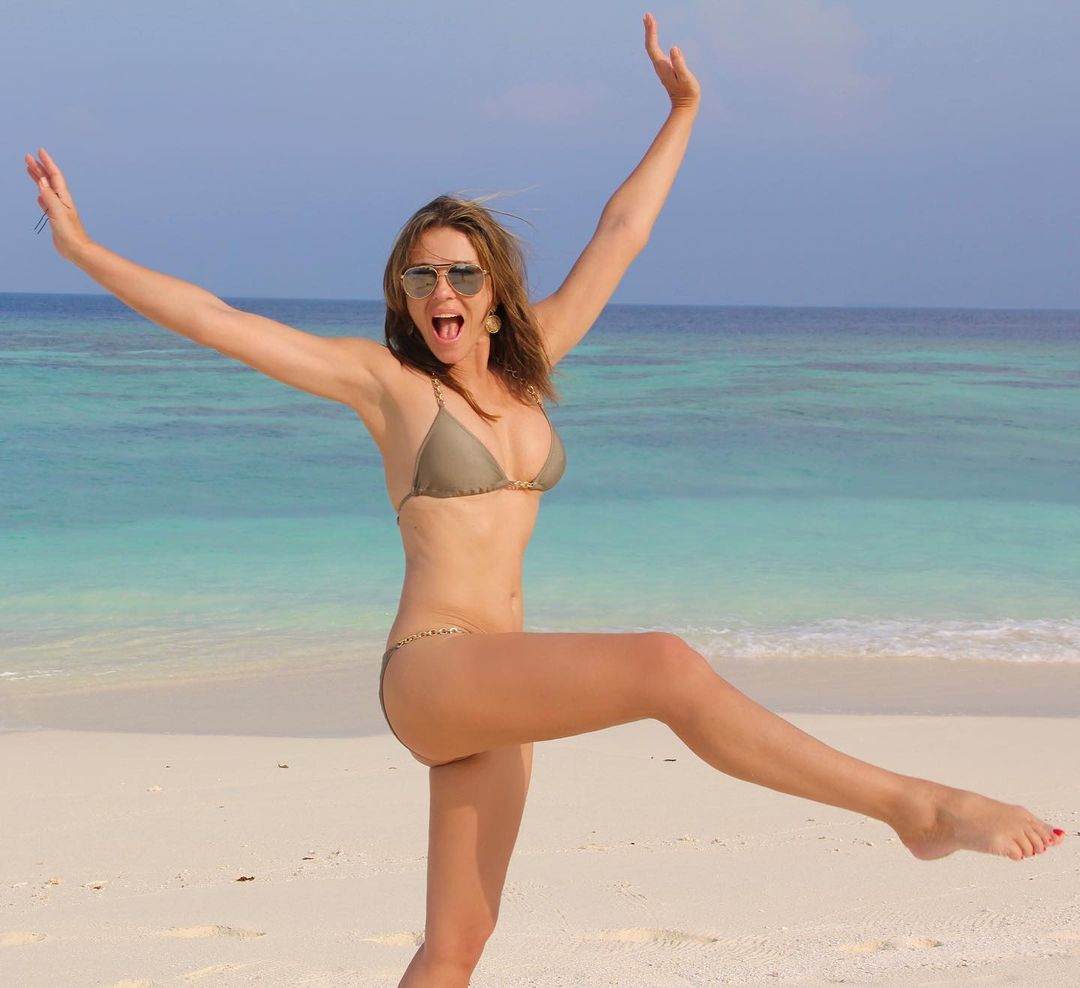 She is making the most of quarantine by playing pretend 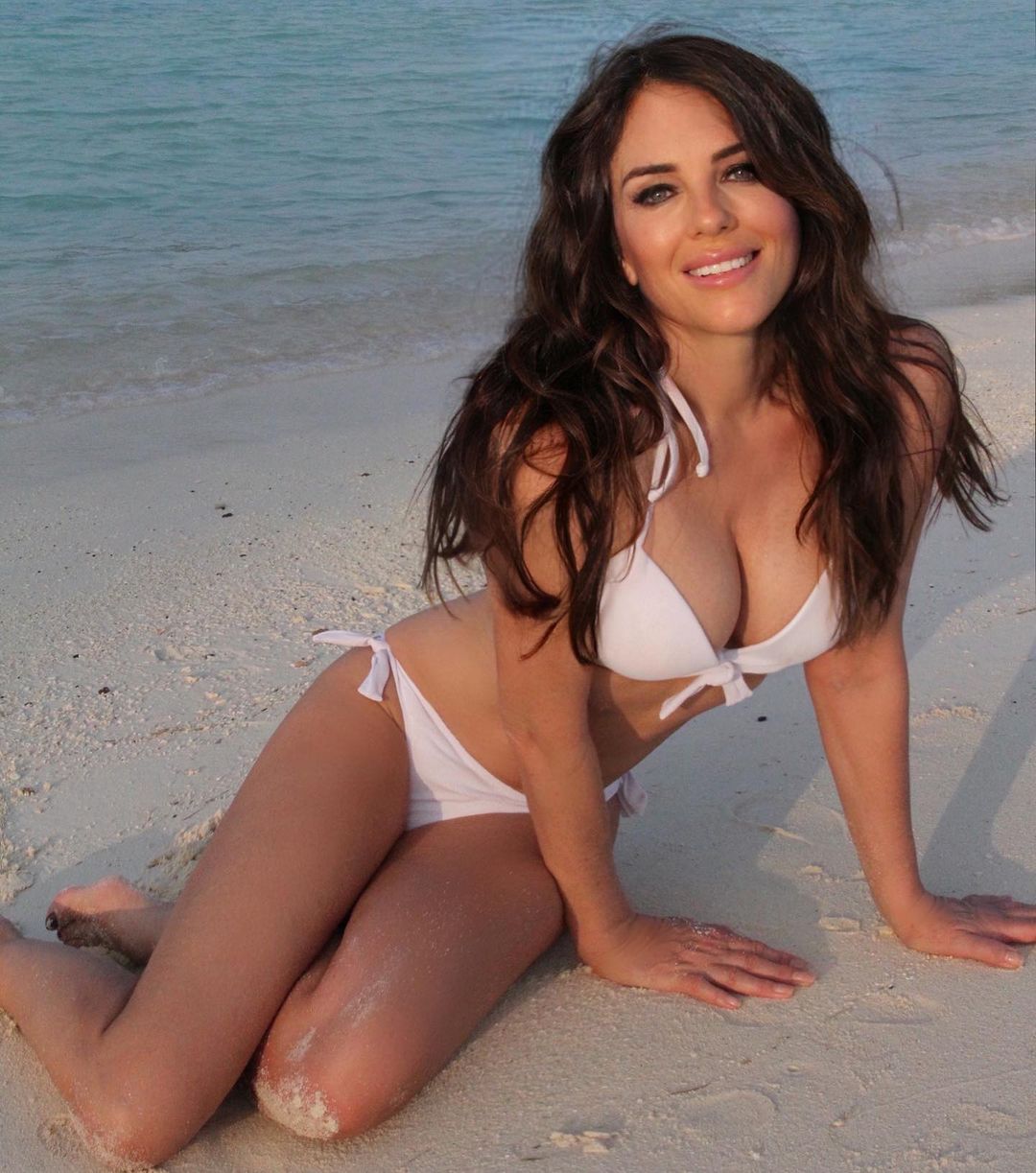 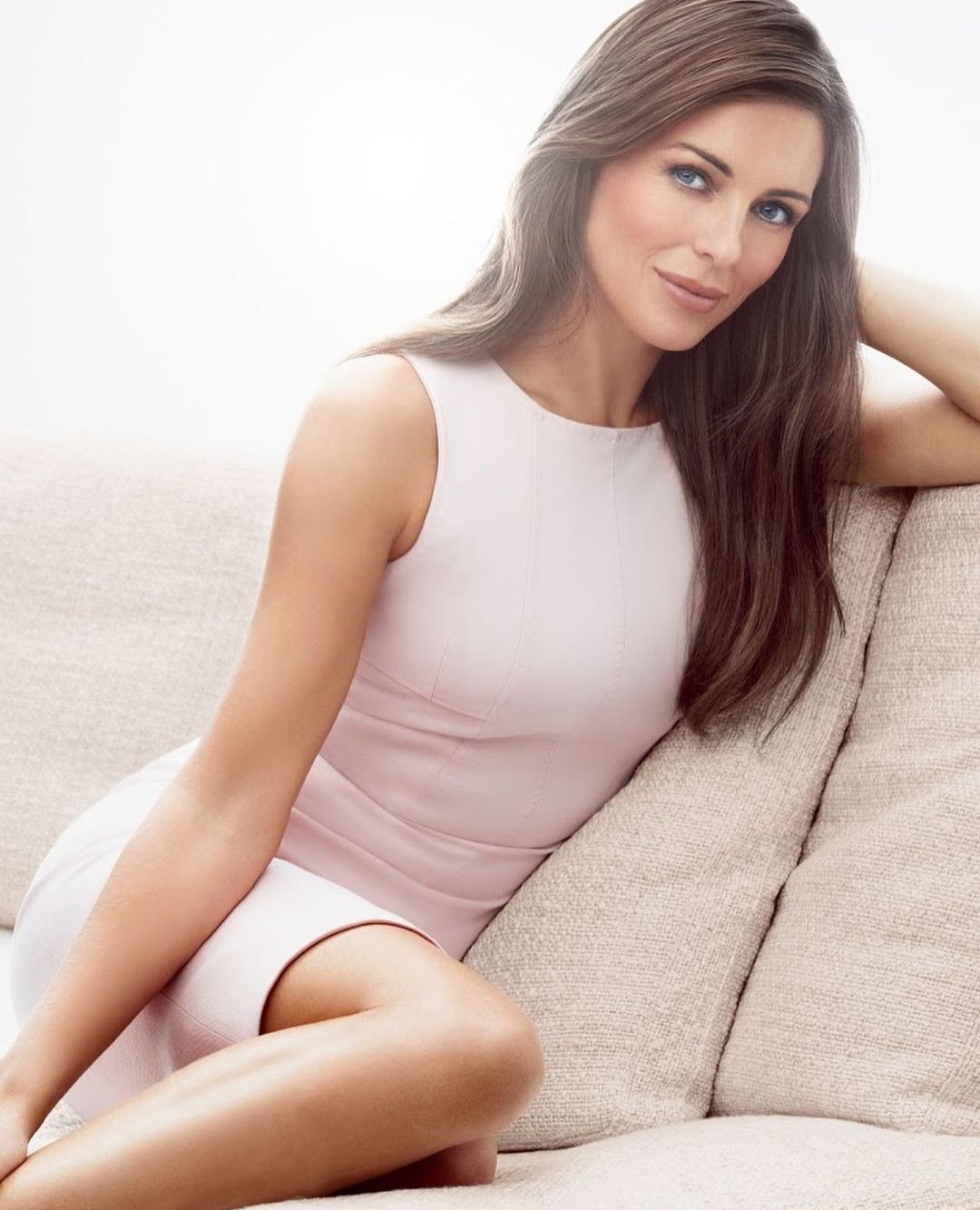 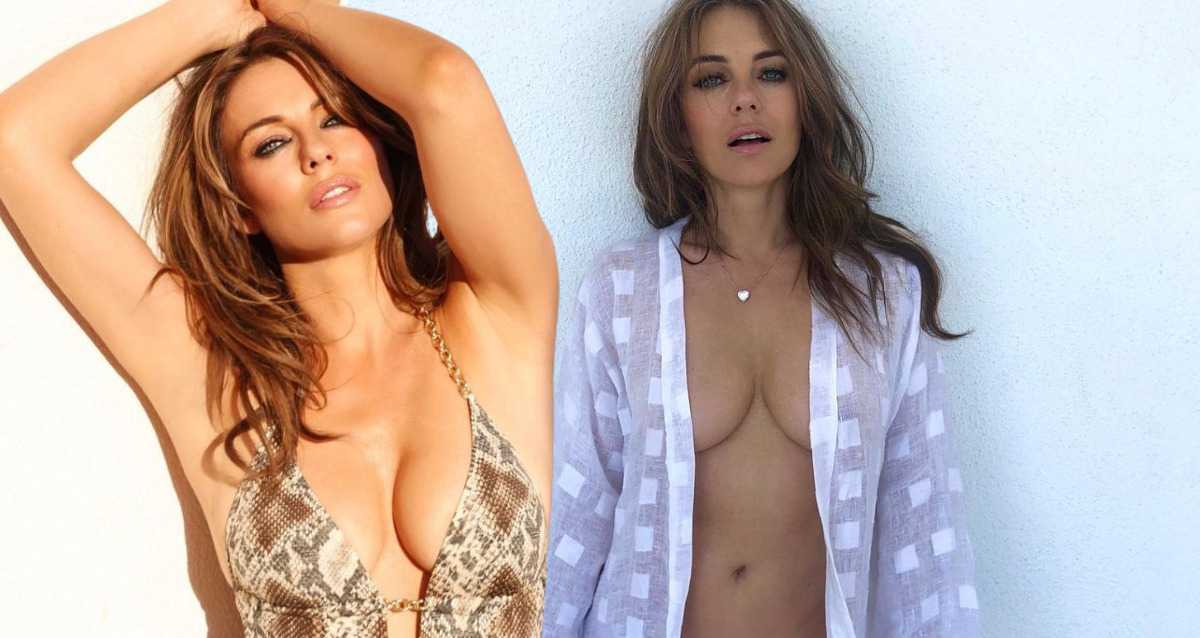 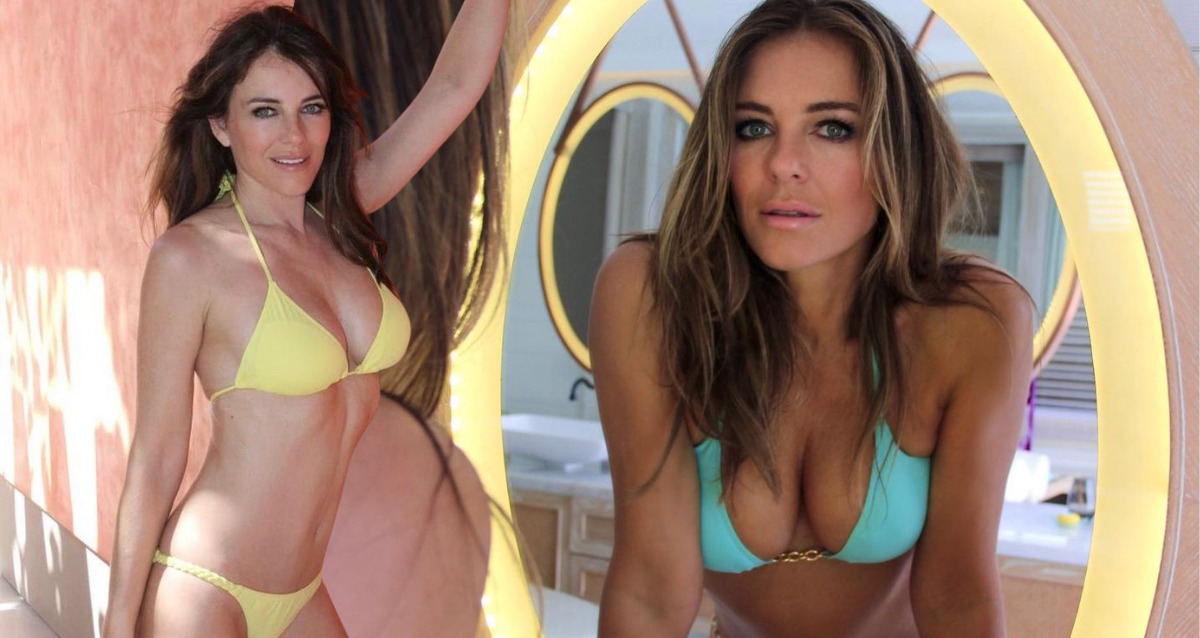