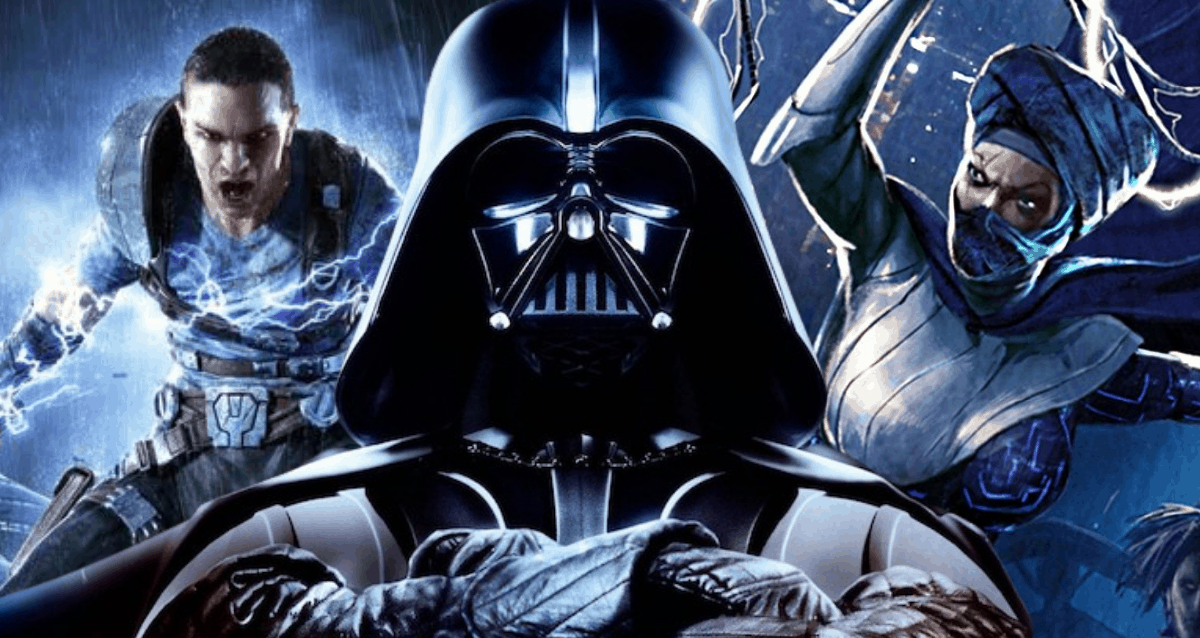 We all know that Anakin Skywalker had a padawan, and her name is Ahsoka Tano. She recently appeared for the first time in live-action in The Mandalorian season 2 and is now going to have a Disney+ series titled after her. But what about Darth Vader? Do you know that he also had apprentices of his own and that too Sith ones?

If you didn’t, then you are going to be in for a surprise. Darth Vader is one of the most important characters in Star Wars. So it’s time to discover the people who he called his apprentices.

When Disney bought Lucasfilm, fans were pretty much devastated to learn that the house of the mouse would be wiping off all existence of the “canon” of the Expanded Universe. This was done because the house of mouse wanted to chart a brand new course that was free of expectations or restrictions. So this meant erasing the Sith  Apprentices of Darth Vader.

Or did it? Know that until and unless it is clearly stated, these old pre-Disney stories still qualify as Star Wars Legends even though they aren’t canon…yet that is. Also, we need to mention that gradually, these Legends stories are indeed becoming canon. For example, we saw that The Last Jedi hinted at Darth Revan still being canon.

Also, the comics are setting the stage for Darth Vader’s future return in the movies and even in Disney+ tv shows like Obi-Wan Kenobi. So there has truly never been a better time for you to know about the Sith Apprentices that Vader had and who might be showing up in the Star Wars universe.

Now, obviously, some are more iconic than others. But here, we will take a look at all the apprentices of Darth Vader. 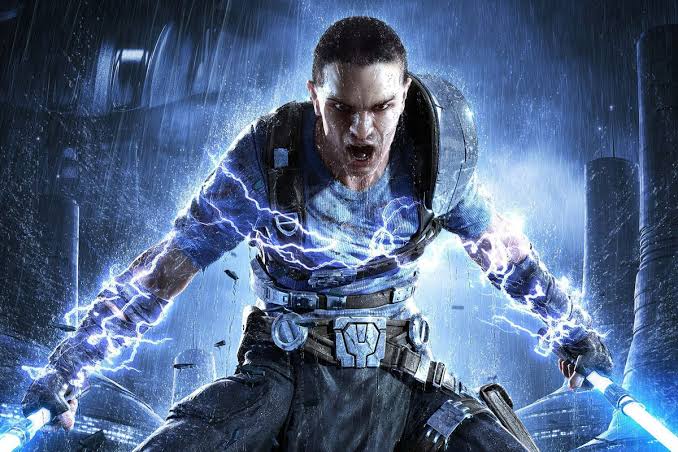 The lead of the Star Wars: The Force Unleashed video game is probably the best-known apprentice of Darth Vader. Also, he deserves fame too because he has a great backstory. He was the kid of two runaway Jedi knights, but he was spared by Vader once he tracked him down because his Force strength was too powerful for him to ignore. So, Vader took him in as a student so that he could overthrow Emperor Palpatine, his own master.

Everyone knows about Starkiller’s story from now on. He was never given the Sith Lord title, or the Darth title because he (as well as Vader) failed to kill Palpatine. But even then, Starkiller is, in fact, the most formal apprentice of Vader, in the truest meaning of the term.

Know that Starkiller was so powerful with The Force that even Palpatine tried to get him over Vader. But in the end, Starkiller sacrificed his life for his Rebel allies. So even if the game isn’t part of the canon, but his family crest did become the insignia of the Rebellion in the universe of the game. 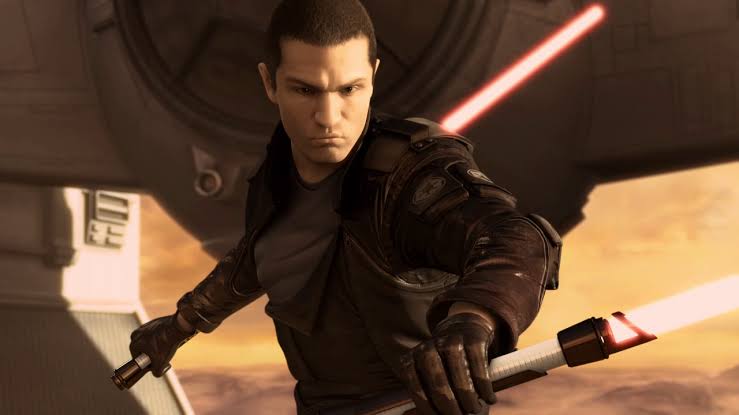 Now, Starkiller was a powerful and perfect apprentice. As such, it makes sense that Vader wouldn’t want to let him go that easily. So it was revealed in Star Wars: The Force Unleashed II that Vader took whatever remains of his apprentice was there to the Kamino cloners.

This resulted in a lot of failed copies, but there was one copy, known as ‘Subject 1138’ that was viable and stable enough. So Vader trained it to achieve almost identical levels as that of the first and original Starkiller.

Now, the Kaminoan process of training or programming coupled with accelerated aging meant that Subject 1138 was less of a ‘true’ apprentice. This was especially true when compared to the years that Starkiller was by Vader’s side.

But Vader knew the potential that the clone had. However, he wasn’t able to predict Subject 1138’s shift towards the light and not the darkness. So this was a flaw in Vader’s abilities. However, this just showed Galen Marek’s true nature and that no matter what he would always fall in the light. 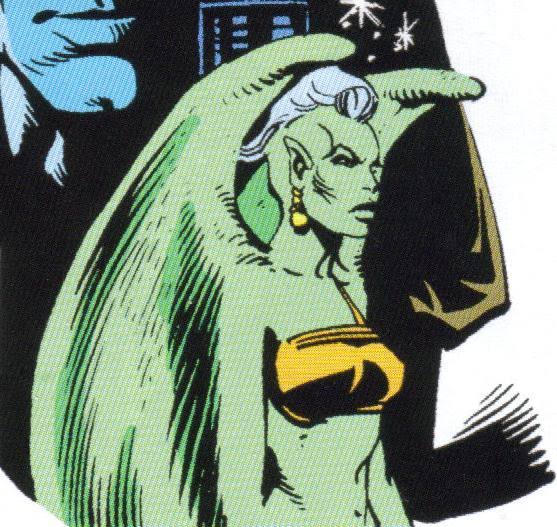 She was the first non-human apprentice of Vader and it was revealed to the trio of the original movies after her training was already done. Kharys was first mentioned in Marvel’s Star Wars Annual: The Long Hunt (1979), where Han, Leia, and Luke find themselves on the Skye planet. There they came to know about the planet and its terrifying ruler.

Kharys was a female winged S’kytri who was powerful with the Force and was trained by Darth Vader personally after the Clone Wars ended. The trio learned that the planet needed help, and just then 3 Jedi- Anakin Skywalker, Halagad Ventor, and Obi-Wan Kenobi arrived to free them from the grips of tyranny.

When Anakin sensed Kharys’ force sensitivity, he wanted to train her. But her years disqualified her from getting the training. However, Anakin promised to come back, and he did, but as Darth Vader. He trained her to use a lightsaber as well as taught her how to create it. Moreover, he placed her as the Majestrix of the planet. But she was defeated by Luke Skywalker at the end. 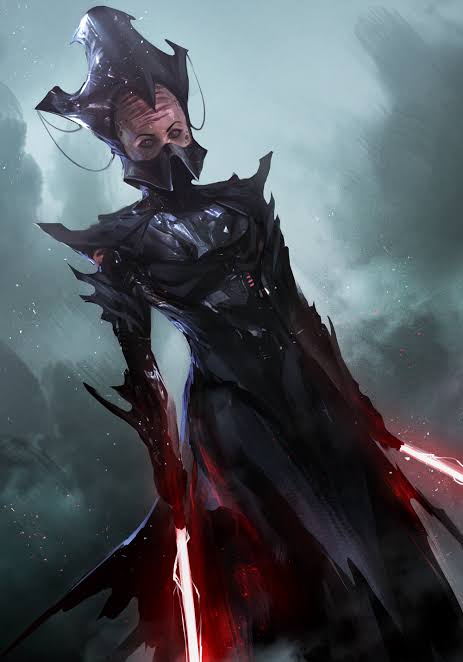 If Starkiller is the most deserving successor of Anakin Skywalker, then Lumiya would be the truest successor of Darth Vader. She was a fascist soldier who was half-machine. Now, if you have read the Star Wars novels, then you will be familiar with Lumiya.

This Lady of the Sith is a pivotal figure in the entire legacy of the Skywalker family. Know that even before she came to know about The Force, Darth Vader was guiding her towards her path. She was first an imperial operative, but her skills and Vader’s guidance ensured that she rose through the ranks fast. After that, she went undercover to oppose Luke Skywalker.

When Brie got defeated, then Vader rebuilt her in his image cybernetically. She became somewhat of a female Darth Vader after that, both in her appearance as well as power. As more modern writers realized her strength, she grew to even greater prominence. So she could take on even the most powerful of Jedis and Siths. 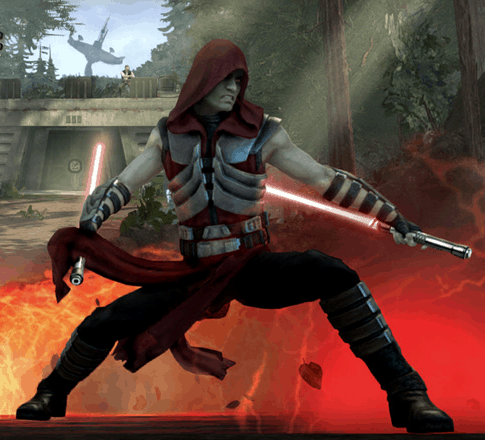 Vader had the perfect apprentice in Starkiller. But he fell to the light side. So he tried again with Starkiller’s Clone, ‘Subject 1138.’ But the same thing happened with that clone as well. However, the third time was the charm for Vader as the next Starkiller clone was perfect in every way he wanted. Dubbed the ‘Dark Apprentice,’ this copy had all the powers of Galen Marek and none of his weaknesses.

Now, during the game’s final act, players had to face and defeat Darth Vader as part of the Rebel victory. But, if a player chose to turn to the Dark side and kill Vader, then the Dark Apprentice would intervene with a lightsaber that would be put through Subject 1138’s back.

The player then learns that the clone had become Vader’s perfect weapon, complete with Sith eyes. After seeing that future during a vision, the canonical ending turns out to be different in The Force Unleashed II with Subject 1138 alive at the end. As for the Dark Apprentice, he lives, but what’s his end goal that hasn’t been revealed yet. 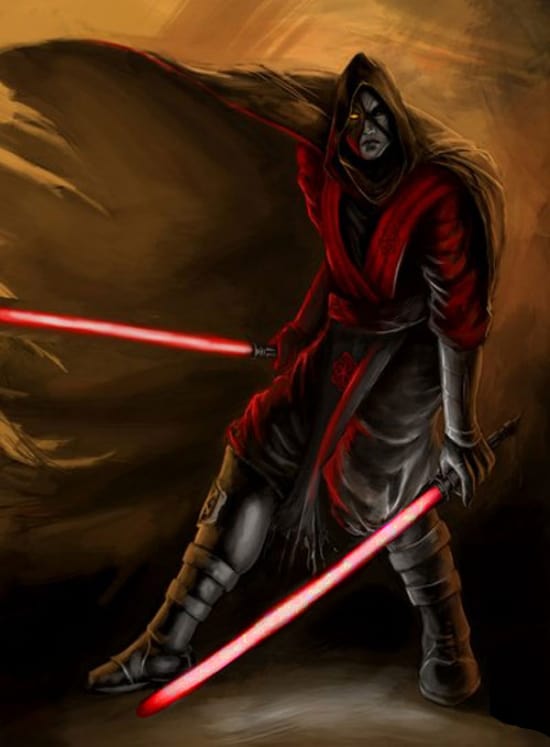 Many fans have a hard time believing that every Jedi Order recruit will be a devout believer despite being a Force-sensitive, kidnapped baby at first. If you thought so too, then you will have your answer in Antinnus Tremayne. He was fortunate to just be taken as a prisoner and not executed during Order 66. Now, know that Antinnis was spared because he was deemed to be important by the Imperial Intelligence.

So when the time came for Vader to see which prisoner had power and spunk, Antinnis rose to the occasion by knocking out his breathing apparatus. Vader proceeded to kill those he deemed to be inferior, but Antinnis was promoted to be the first member of the Inquisitorius. He was responsible for hunting down Jedis in hiding and also recruiting potential Force-Adepts to the Inquisitorius.

Later on, Antinnis would prove to be powerful enough to go on to become the High Inquisitor. And even when he lost his body’s right side arm and head in fights with the Jedi, Antinnis proved one point- that it’s easy to adapt to the darkness if you are fine with having Darth Vader as your mentor and boss. 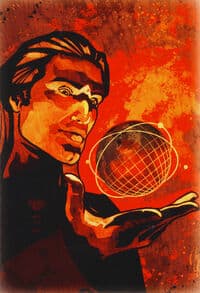 During Antinnis’ quest to hunt down the force adepts who were aiding the Jedi survivors of Order 66, he came across two who would play a large role in the galaxy’s story. We learn about them in the Star Wars novel The Crystal Star. In the book, there was only one problem for the Firrerreon named Hethrir, and his mate, Rillao- Antinnis had first tortured them before offering an invitation to join the Empire.

And they accepted. But when they were brought to learn from Vader himself, then Rillao’s unique attunement to the healing feature of the force made the Darkness unappealing to her. So she decided to flee with the unborn child of the pair. But Hethrir was a different story altogether. He proved that he could survive and even thrive in the Empire. 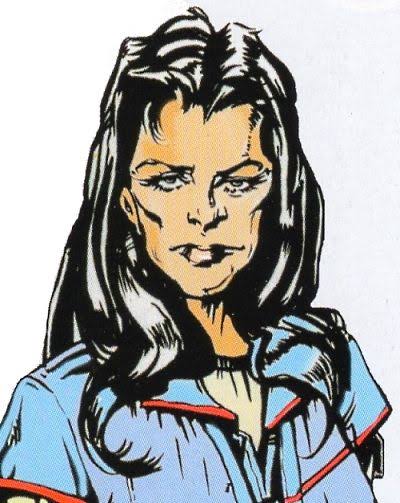 For example, when the Empire saw non-humans as lesser creatures, then Hethrir unleashed a powerful virus that could wipe out his whole planet. Later on, he became the Procurator of Justice who was rigid and just, but those were just buzz words to hide his cruelty.

Also, if you didn’t think that unleashing a virus to kill off the entire population of a planet was cruel, then the fact that he became rich by selling ‘body-wood’- trees that resembled human flesh, certainly will. But that’s not all. Hethrir went above and beyond in his service to the Empire. After all, he tried to develop a new Empire after Star Wars: Return of the Jedi. Now, he obviously failed in his efforts, but Palpatine and Vader would surely have been very proud. 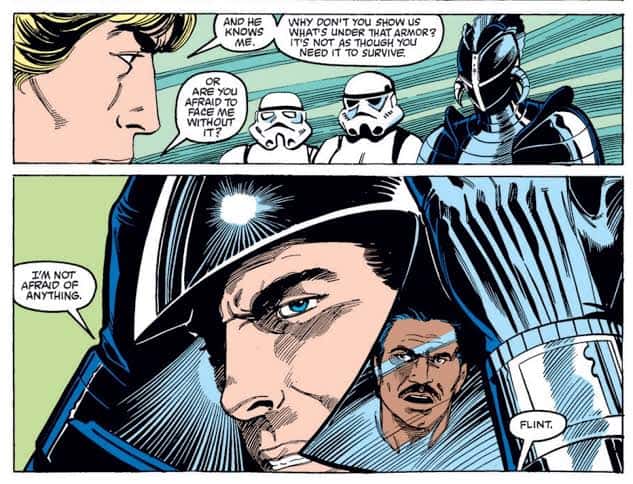 Flint was created to offer fans a glimpse of the life that Luke Skywalker never had in the Empire. Or rather didn’t want to have. Flint was the son of a Jedi Knight who was killed by General Grievous when Clone Wars ended. Flint’s first meeting with Luke Skywalker was similar to a fan who met his hero, but Luke dismissed him and that made Flint grow disillusioned with him.

After that meeting, Flint paired that moment to the one where he witnessed the death of his mother. This combination made Flint become more like Anakin rather than Luke, and his emotional explosion put him on Vader’s radar.

So Vadar found him and took him under his wing as one of his Stormtroopers. Later on, Flint was eventually called to become Vader’s new apprentice and mastered The Force in an attempt to compete with Lumiya.

This was done to determine who was the true apprentice worthy of ascending when Vader murdered the Emperor. But Flint’s pull to the darkness was shaken when Vader fell, and so he returned to the light and the Rebels before redeeming himself by dying in the action.

Darth Vader’s apprentices are varied, but they are some of the most powerful in the entire Star Wars galaxy. So who do you like the best among this bunch?