When Emperor Palpatine thought of the Clone Wars, then he envisioned it as the perfect Jedi trap. After all, it was a scenario where it was just not possible for the Jedi to win. As such, the Clone Wars weren‘t epic. They were ultimately deeply tragic.

As Master Yoda once told Luke Skywalker in The Empire Strikes Back- ‘Wars doesn’t make someone great’. It’s quite possible that he was recounting the ravages of the Clone Wars and the lessons learned from it.

However, for the dark side, the Clone Wars were indeed successful. After all, it tipped the balance of the galaxy in favor of the darkness as the Jedi failed to wield the Force. Over the long battle, countless Jedi defected because they couldn’t keep faith in the cause as well as in the counsel of the revered Jedi Council. In fact, there were more defectors during this period than in the last few thousand years.

Also, along with this, Order 66 must also be mentioned. After all, numerous loyal Jedi got slaughtered by the Clone Troopers working under Palpatine. We know that Order 66 just began the Jedi purge. It was Darth Vader who continued it for years to come. But even in this barrage of assaults, Jedi’s did survive. But those who survived got scattered and were found to be difficult to track down.

So let us take a look at the known as well as former Jedi who survived Order 66, and are thought to be at least alive during the events of Star Wars: The Bad Batch.

The powerful and revered Jedi Grand Master survived the hellish Order just because he was friends with the Wookiees. As we saw in Revenge of the Sith, Yoda went back to Coruscant and was able to figure out that the Jedi had been manipulated and deceived.

Later on, he faced off against Palpatine himself, but he soon realized that the Sith Lord had grown so powerful that he would be unable to defeat him. As such, Master Yoda willingly exiled himself to Dagobah and its swamps.

There he made use of the Force Vergence to hide from Siths and chose to wait till the next-gen grew up. He believed that it was the Skywalker twins who were the galaxy’s last hope. While on Dagobah, Yoda still gave long-distance training to anyone who came to the Jedi temples.

When Master Yoda was busy fighting Palpatine on the Coruscant, Kenobi was hunting down the defector Anakin Skywalker on Mustafar. We know that Obi-Wan didn‘t kill Anakin since the Emperor saved his apprentice.

But he did send out a message to all the Jedi- he warned them to bide their time and hide. After that, he exiled himself right to the desert planet of Tatooine and watched over Luke as he grew more powerful.

Jocasta was an Jedi Archivist. She, as well as Gar, her assistant was able to successfully escape with a lot of the Jedi’s important records. Jocasta stashed all these in a secret unknown world. She could have lived, but she made the fatal mistake of coming back to Coruscant and trying to take more of the Jedi’s secrets with her.

After all, her aim was to prevent them from falling into Sith hands. During this return mission, Jocasta got captured and killed by Darth Vader. But the sacrifice of this prequel character wasn’t in vain as the stash of Jedi files got discovered by Luke Skywalker who used it to form the powerful Jedi Order once again.

Unless you are a keen-eyed fan, you probably don’t know who Oppo Rancisis is. But there is no need to worry. After all, that’s why we are here. Know that Oppo Rancisis was a Council member from the era of the High Republic. He was a Jedi Master but he was also aged. However, his age didn’t mean that he got slaughtered like an old goat during Order 66.

In fact, it seems like he did survive Order 66, as both he as well as Coleman Kjac, a fellow council member have been named in the Imperial list noting down the survivors. You can check out this list in Darth Vader #19. However, they weren‘t seen thereafter. So no one knows what happened to them during those Dark Times.

However, we must mention that since they were ranked higher on the list of Empire’s targets, so we are not betting on their survival through the original trilogy timeline.

Eeth Koth was certainly a part of the Jedi Council during the prequel era, but he defected from them during the end days of the devastating Clone Wars. Koth abandoned the Jedi and hid amongst the Church of the Galactic Enlightenment.

However, he couldn’t hide long and was instead found by Vader and then slain. The child he had, was kidnapped and became part of Empire’s Project Harvester.

Star Wars: The Clone Wars showed us that Jedi Master Quinlan Vos was susceptible and could easily be lured to the other side. After all, he did end up being Count Dooku’s apprentice. However, his love for Ventress did redeem him.

No one knows what happened to Quinlan Vos after the events of Revenge of the Sith. However, Vos’ name was part of the Order 66 survivors since the Empire was looking forward to hunting him down.

Jedi Knight Cere Junda was first seen in Star Wars Jedi: Fallen Order. She existed during the prequel timeline and trained multiple Padawans. She too survived the catastrophic Order 66 with her padawan called Trilla Suduri. In fact, during the escape from the hellbent Clone Troopers, they did rescue some Jedi younglings as well.

However, Cere was captured by the Empire who forced her to give the kids up. But know that she didn‘t die. Instead, she escaped by suppressing her bond to the Force and hid in the criminal underworld.

We don’t really have much information on Jedi Knight Kira Vantala. She was first introduced in Dark Legends by George Mann. In one of the Dark Legends stories titled ‘The Orphanage’, it was shown that the Inquisitors frequently paid visits to a planet called Gaaten to gather force-sensitive children.

It was their frequent visits that drew Kira Vantala’s attention and she faced off against the Second Sister. We don’t know exactly when the story takes place in the Dark Times, but we do know that later on, she has a Padawan, an orphan called Elish.

Naq Med was a Jedi Knight who doubted the Jedi Order‘s wisdom during the Clone Wars. He thought that they were just too much involved in galaxy politics. Due to this, Naq renounced his Jedi vows, left the Jedi, and then got married to begin a family.

He truly bought the Empire’s propaganda regarding the Jedi rebellion and regretted the fact that he was a part of the Order. However, after a run-in with a sith Inquisitor, he hid in the shadows. Med then settled down in a remote and barely inhabited planet named Pam’ba.

He hid there till the Force Collector novel by Kevin Shinick that’s set shortly before the sequence of events of The Force Awakens. As such, it seems like he is the longest survivor of the Order 66 events.

Caleb Dume is also called Kanan and he calls himself the last Padawan who survived Order 66. His story can be found in the Kanan series by Greg Weisman where he got saved by Depa Billaba his Master. After that he hid in the criminal underworld of the galaxy and was a vagabond who traveled from one planet to the other.

But the Empire didn‘t forget him. In fact, he got hunted no matter where he went. However, in the end, Kanan found himself in the Rebel Alliance and remained active there till the first Star Wars movie. 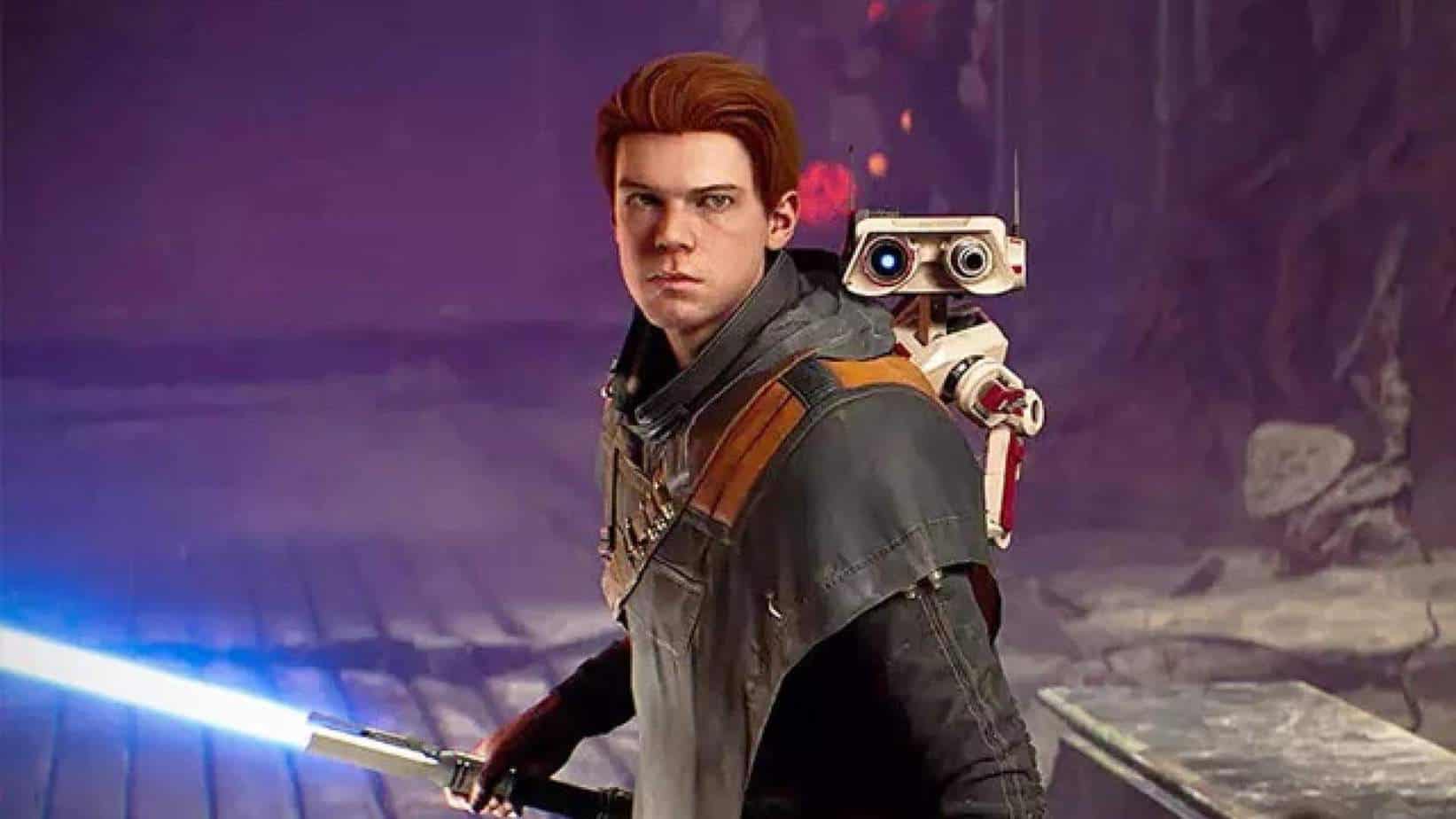 If you played the Jedi: Fallen Order game, then you will surely remember its star Cal Kestis. He was a padawan as well who, just like Kanan got saved by his master. After that he hid in Bracca, the junk planet and worked by being a rigger of the Scavenger Guild. Kestis took Obi-Wan’s hiding command seriously and did everything possible to avoid attracting the Empire until many years later.

He was also a padawan who lived through Order 66. To survive the Empire, Barr went to Mon Cala, the aqua planet and there he tried for months to discover why the Order fell this quickly. There he also came to know that it was indeed Anakin Skywalker who became Darth Vader.

Ferren did try to start the Order again on Mon Cala. However, his methods and teachings carried his anger and that left him more susceptible to the darkness. Overtime, he was found by the Empire and it was Darth Vader who ruined his startup Jedi Order.

We know that technically, Ahsoka had left the Order in season 5 of The Clone Wars. After all, she couldn’t trust the council anymore after they put the blame for the Jedi temple bombing on her. However, later on, she did come back to help the Jedi during Mandalore’s seige. However, Order 66 was called almost immediately after that.

We saw in season 7 of The Clone Wars that Ashoka helped Rex escape from Order 66 and the two of them fled together. As per the Ahsoka novel by E.K Johnston, she hid in the bowels of the large galaxy but soon realized that she couldn’t hide like a coward and do nothing.

However, the beginning of the book contrasts a lot with season 7 of The Clone Wars. As such, it will be interesting to see how Lucasfilm adapts Ahsoka’s story.

14. The Other Jedi Who Survived

There have been numerous lists that have listed the Jedi who were able to live through Order 66. However not much is known about them apart from their names. In Darth Vader #19 there are some such names, like Ka-Moon-Coli and Selrahc Eluos. Here’s a little tidbit about the names- the first name is a reference to artist Giuseppe Camuncoli and the second one is a clever anagram of Charles Soule, a writer.

Apart from these two, the Star Wars: Uprising mobile game revealed the names of 3 other Jedi- Mususiel, Zubain Ankonori, and Nuhj Khandra. They had fled to Anoat and then hid in a Jedi shrine there. However, they were later on found by the Empire.

So, will The Bad Batch reveal more survivors? Or will the surviving Jedi interact with them in some way? That remains to be seen. So check out a new episode of The Bad Batch this Friday on Disney+

Check Out: Why There’s Only Ever Been One Mandalorian Jedi In Star Wars