Evil Versions Of Captain America That The MCU Can Explore 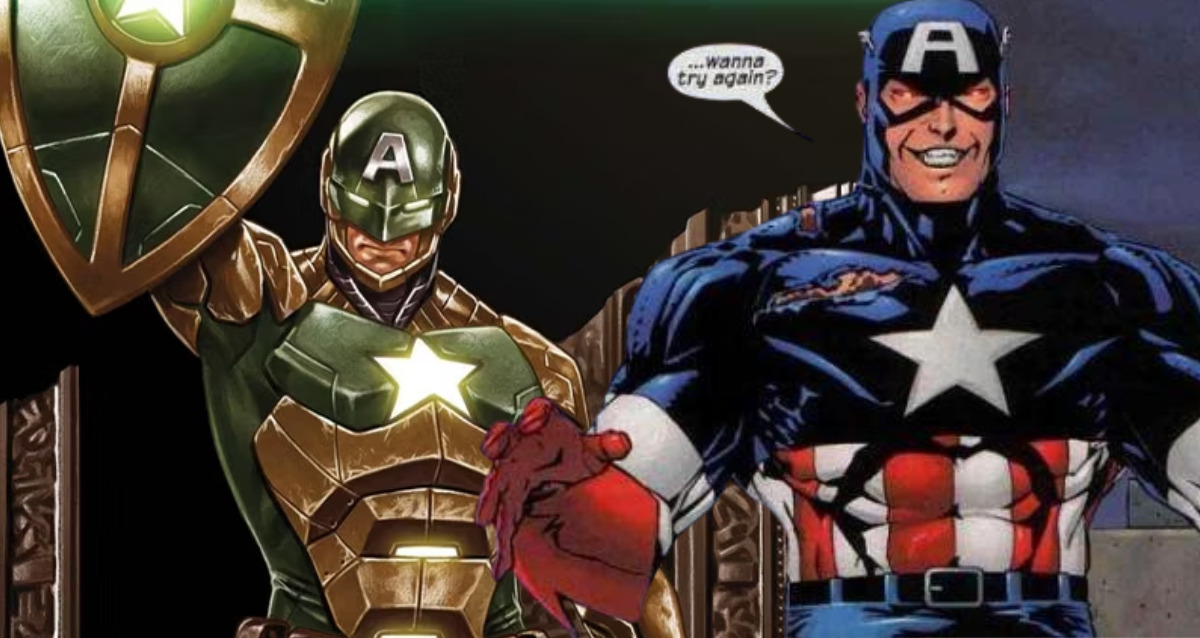 Captain America is one of the most morally sound heroes in the Avengers. He is known for being honest, extremely noble and the hero that people can always look up to. But what if we tell you that there are evil versions of the Captain America that we know and love in the vast Multiverse? So let us look at some of these villainous caps that the MCU can explore in future movies. 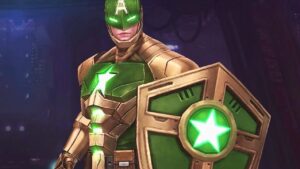 Steve Rogers from Earth-61311 was indoctrinated into HYDRA from a very young age. It was all a scheme of the mastermind villain Red Skull who wanted to create a Captain America who would be the best version of himself. Steve was often placed in solitary confinement and was forced to watch reeducation films. Furthermore, this Cap is best friends with Helmut Zemo. He rose to fame due to his panel where he uttered he phrase “Hail HYDRA”. Fortunately for all, the Hydra Supreme met his demise at the hands of none other than the original Captain America during a one-on-one duel between them. 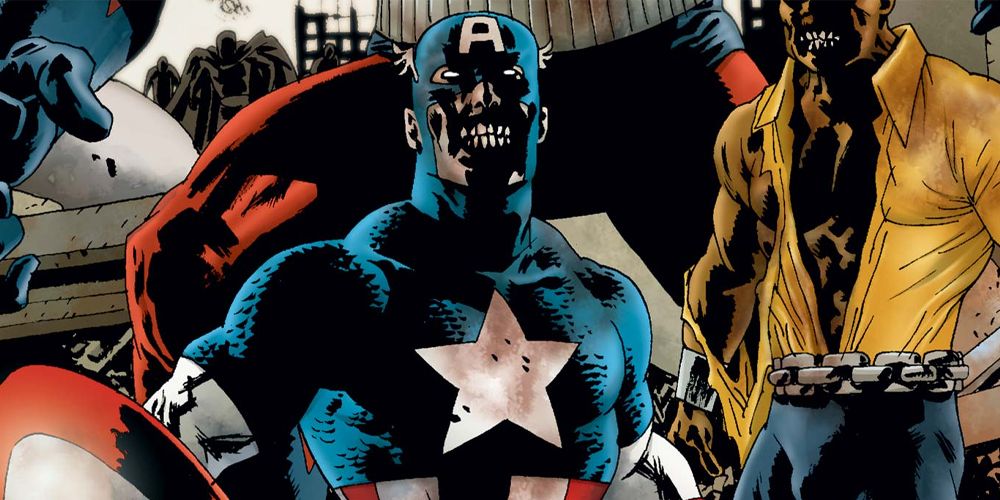 Zombie Captain America aka Colonel America in the MCU

Colonel America is the Captain America from the horror version of the Avengers in Marvel Zombies. Considering the fact that a Marvel Zombies production is on its way to Disney+, this might become a reality soon enough. Moreover, Chris Evans might make his comeback to the MCU by voicing Colonel America. He was also the one who bit Spider-Man and turned him into a zombie who later devoured both Aunt May and MJ. This Captain America eats brains and would kill even his closest allies and friends just for another bite of flesh. So that’s something new. The pillar of justice turned into a ravenous, vile animal would be very interesting to see. Especially when voiced by Chris Evans himself.

3. Captain America from the Cancerverse 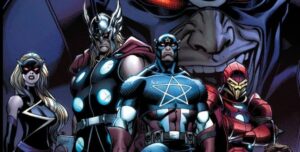 Cancerverse reality in the MCU

The Cancerverse is the darkest alternate reality of the MCU. Now that Marvel is exploring the darker side with Multiverse of Madness especially, the Cancerverse might just make an appearance. The Captain America of Earth-10011 was a part of the Avengers and served Lord Marvel who had managed to vanquish Death. They then attempted to corrupt Earth-616 and make its innocent inhabitants their slaves. Sounds pretty disturbing for Cap. But they were surprisingly defeated by Thanos when he brought back Death into the Cancerverse. 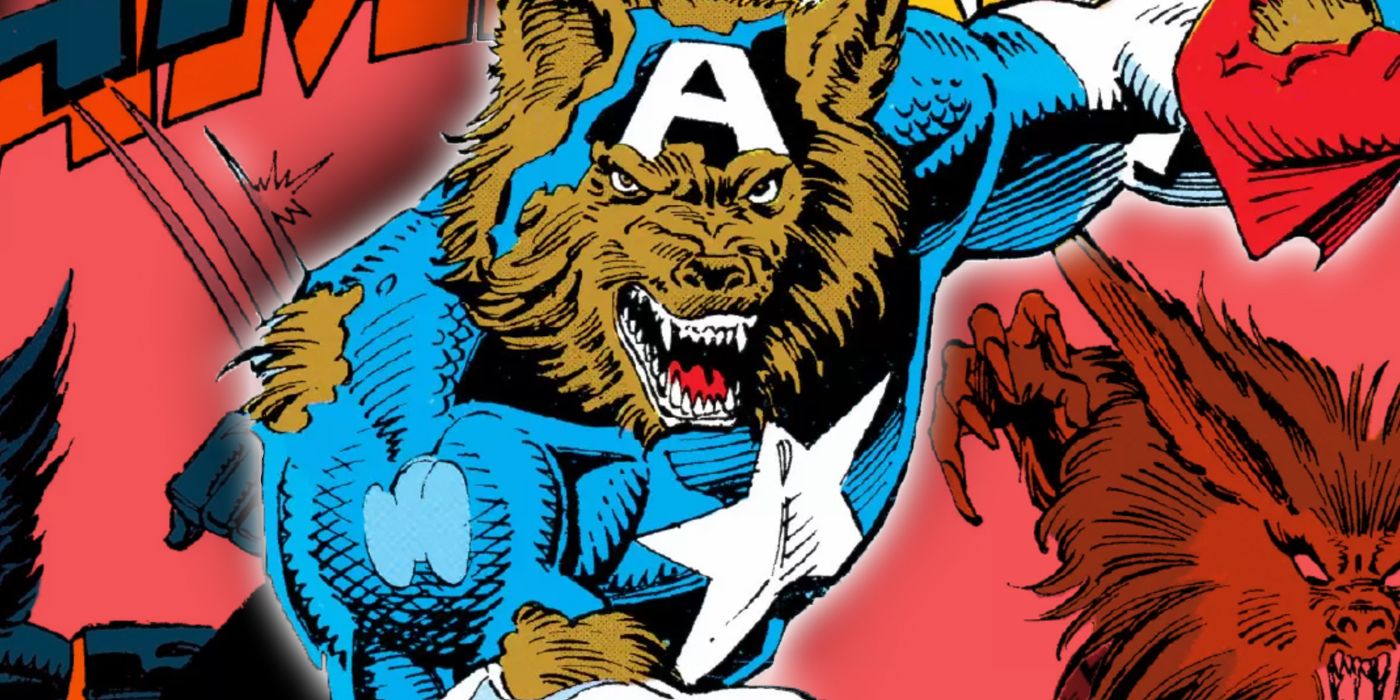 He is the Steve Rogers of Earth-13122. Steve Rogers was turned into a werewolf by Nightshade and his alchemy. He never recovers from this curse and causes a whole lot of destruction. This is another Captain America who was out to enslave innocent people. He was infected with vampirism by Marvel’s very own Baron Blood. He then went on to turn every other Avenger into vampires and made them his slaves. The Exiles were a group of beings from different realities who worked by correcting divergent timelines. They attempted to correct this twisted reality but were faced with a tough challenge. However, fortunately Cap was decapitated by Mimic with Wolverine’s claws. 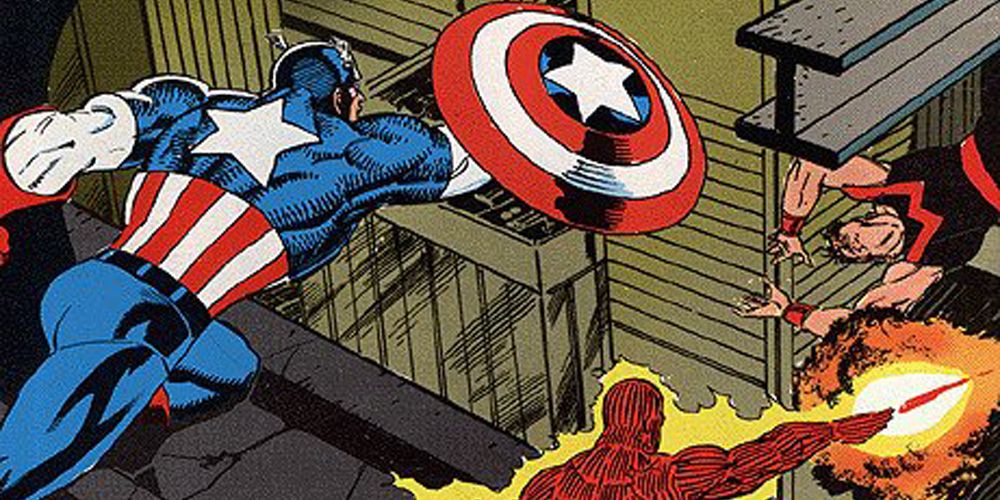 This Captain America is a hyper-paranoid, over-controlling fascist while still claiming to be a hero. In this reality Captain America went against Doctor Doom along with the rest of the Avengers. However, to take back control of America, Cap goes on a crazy mission of persecuting innocent civilians whom he deems suspicious. This was to root out any sympathizers or supporters of the other faction and even Eastern spies. He was no hero at all and instead made anyone who looked “funny” disappear from the face of the Earth. This is a combination variant of both the green incredible Hulk and Steve Rogers. In this version of the American hero, Cap is a tyrannical power and a warlord. He is out for blood and power and does not care about the consequences, devastation or the lives lost along the way. None of these Captain Americas could ever lift the Mjolnir in the MCU.