A former MI6 chief forecasts that Russian President Vladimir Putin will be sent to a sanatorium by the end of the year. With frequent rumors of serious bad health for the Russian strongman, Richard Dearlove suggested that putting him in a long-term hospital for the incurably ill might be one way of’moving things on’ without resorting to violence. Over the years, the various Russian systems of governance have always been authoritarian and have never been established with power transitions in mind. 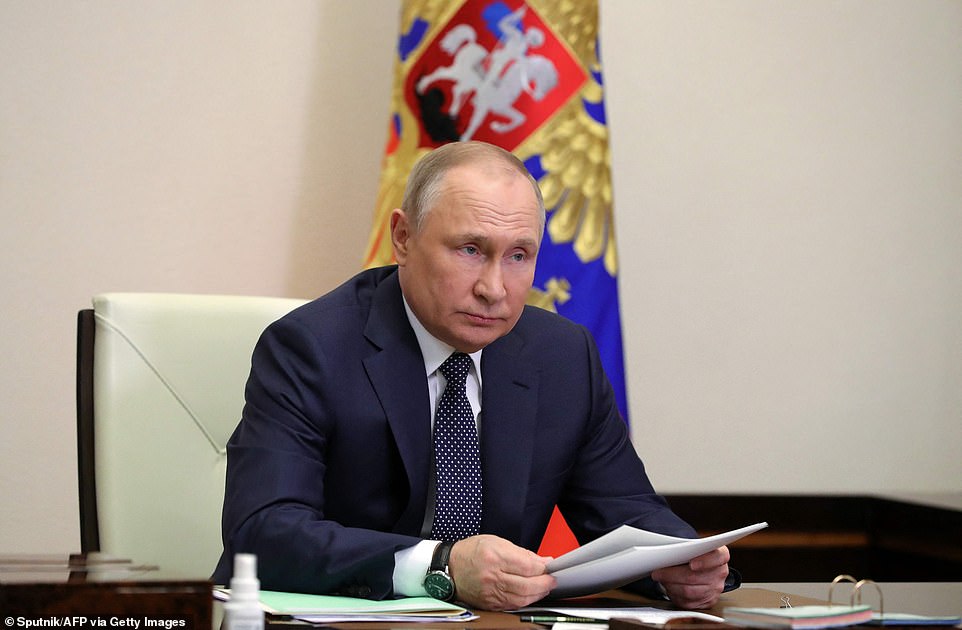 However, with Russia facing military humiliation and economic disaster, and headed by a leader who is rumored to be suffering from a number of life-threatening ailments, the Kremlin is considering how to replace the man in control. Dearlove expressed his sentiments while speaking on the One Decision podcast, which he co-hosts. ‘I believe he’ll be gone by 2023, but most likely to a sanatorium, from which he will not return as Russia’s leader.’ ‘That’s a method to sort of move things along without a coup,’ he concluded. ‘I’m not saying he won’t emerge from the sanatorium, but he won’t emerge as Russia’s leader any longer.’

Putin was diagnosed with thyroid cancer in April and was being monitored by a specialist doctor 24 hours a day. The revelation, made by investigative media Project (or Proekt) media, which was formerly banned in Russia but is currently operating from overseas, supports recent suspicions that Putin declared war while suffering from medical issues that were kept hidden from the Russian people. One theory is that he was given steroids, resulting in a bloated appearance around the face and neck. Oscar-winning director Oliver Stone backed up the story, revealing that Russian President Vladimir Putin had cancer and believed he had overcome it. Dearlove pointed to Nikolai Patrushev, the secretary of the National Security Council and one of Putin’s favorite’siloviki,’ or security officials, as the potential stand-in if Putin is taken to a psychiatric facility.

Putin has been seen shaking his hands and feet violently while meeting with other international leaders, prompting speculation that he may be suffering from Parkinson’s disease. Last week, a video emerged of Putin twisting his foot and making jerky leg movements while meeting with his Tajik counterpart, Emomali Rahmon, with even the Tajik leader noticing the moves.