Warning: Spoilers ahead for The Book of Boba Fett episode 5.

Episode 5 of The Book of Boba Fett took a detour from telling Boba Fett’s story to ensure that viewers were caught up with the Mandalorian Din Djarin (Pedro Pascal).

In Star Wars, Mandalorians have been depicted as having a rich history and culture. The Clone Wars, Rebels, and The Mandalorian expanded on the lore of the warrior planet.

Thanks to The Mandalorian and The Book of Boba Fett, there has been a renewed interest in the lore of this warrior planet. And we are here to catch you up to speed on it. 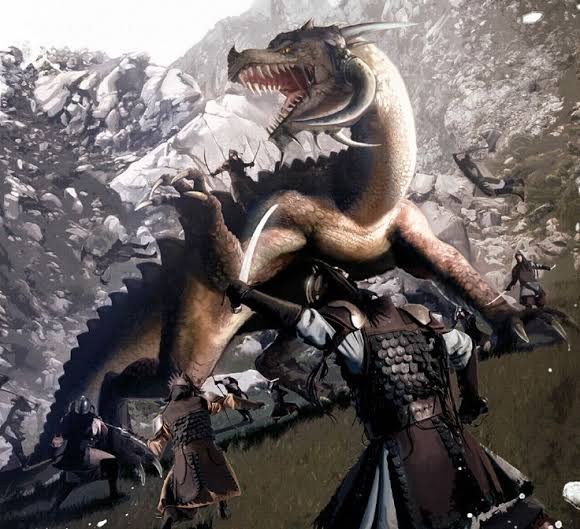 Even though Mandalorian haven’t influenced galactic history like the Sith and Jedi, their culture dates way back. Mandalorians are a warrior culture and are most well-known for their weapon-laden and lightsaber-resistant armors.

They originated on an Outer Rim world called Mandalore and then went on to conquer the various surrounding worlds. Several Mandalorian crusades destroyed the planet, like the planet Concord Dawn.

Also, Mandalorians rode a dragon-like creature called Mythosaur, and they might be making their return in season 3 of The Mandalorian.

But one Mandalorian, Tarre Vizsla, overcame these ideological differences to become the first and only Mandalorian Jedi until now. He made a unique black-bladed lightsaber called the Darksaber.

Overtime Tarre Vizsla became the Mand’alor. After his death, his descendants stole the Darksaber from the Jedi Temple. It became a symbol of leadership in Mandalore. But there was one rule- it had to be legitimately won in combat. 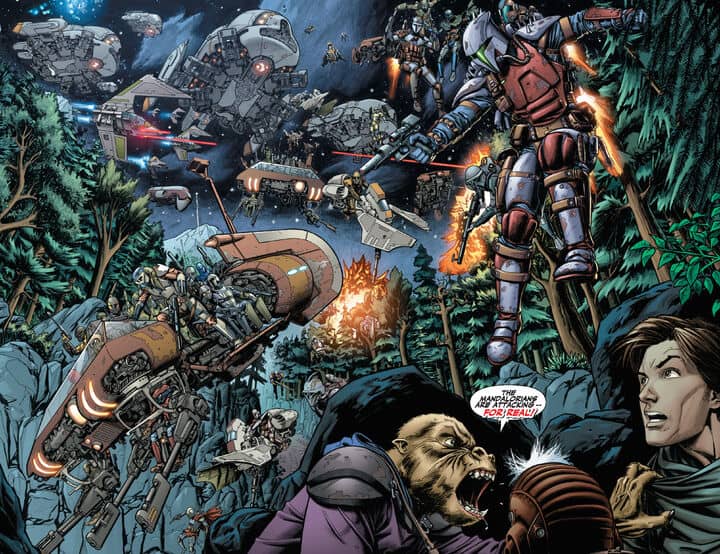 The aftermath of the war made Mandalore a barren desert. After the war, Mandalorians had to live in domed cities to survive.

In the Legends timeline, this war divided the once united Mandalorians into several clans. And that’s what likely happened in the canon, too.

The Mandalorian clans all went to war with each other in The Mandalorian Civil War. The Book of Boba Fett and Legends timeline seems to indicate that this was fought between the Death Watch terrorist group and Mandalorian warriors.

What Happened To The Mandalorians During Star Wars The Clone Wars And Prequel Era?

The New Mandalorians, a pacifist regime, ruled over Mandalore for most of The Clone Wars. But the planet was again ravaged by war when Maul came and usurped Pre Vizsla as Death Watch’s leader.

Bo-Katan Kryze, Vizsla’s second-in-command, didn’t accept Darth Maul’s rule. So, she and her contingent of warriors joined the Republic and the Jedi.

This resulted in an event called Siege of Mandalore. Jango Fett’s Clone Troopers proved to be better than Maul’s Death Watch fighters and won that siege.

After this, Kryze, was Mandalore’s regent. But Bo-Katan’s rule was short since Order 66 completely brainwashed the Clone Troopers to take over the world at the end of the Clone Wars for the Empire.

Where Were These Mandalorians In The Star Wars Original Trilogy?

After the Galactic Empire came into prominence, Mandalore was under the thumb of Imperial rule. The regime used loyalist Mandalorians as elite warriors and created a weapon that could destroy anyone wearing Mandalorian armor.

So warriors came together with the growing Rebellion, and another Civil War broke out. This united the clans under Kryze’s rule once again and fatally devastated Empire’s rule on Mandalore.

But the victory was short-lived as the Empire carried out the Great Purge of Mandalore. This further wounded the war-ravaged world. Also, many Mandalorians were killed.

What Happened To Planet Mandalore?

The Great Purge destroyed whatever livable domed areas were there. Boba Fett found Bo-Katan’s dreams of ruling the planet once again dubious after the condition the planet was left in.

In episode 5, we see Din questioning the state of the mines of the planet. As we move further into the MandoVerse, more questions will likely be answered about the planet.

Check out new episodes of The Book of Boba Fett every Wednesday on Disney+.