House of the Dragon episode 4 shows Aegon the Conqueror’s dagger and the words etched on it. The dagger is made of Valyrian Steel and has a hilt made from dragon bone. King Viserys shares the dagger and its prophecy with his daughter Princess Rhaenyra. Rhaenyra finds the blade baking in a pot of fire when she arrives. He does this to make her realize the duties and responsibilities that come with being the heir to the Iron Throne. King Viserys now carries this information and tells he tells Rhaenyra the following.

“The responsibility I have handed to you, the burden of this knowledge, ’tis larger than the throne, the king, tis larger than you and your desires.”

This was because of the rumor regarding Rhaenyra and Daemon’s coupling in the Street of Silk late at night. So let us look over the history of this dagger and understand the prophecy.

Catspaw dagger in Game of Thrones

Arya Stark with the catspaw dagger

Game of Thrones has many instances where we see the catspaw dagger. The most notable instance was in season 1. The dagger was used by a hired catspaw assassin when he attempted to murder a comatose Bran Stark. This would eventually cause the War of the Five Kings. The dagger apparently belonged to Petyr Baelish once. This was till he lost it to Tyrion Lannister in a bet. However, that turned out to be a lie. The dagger returned once again during Game of Thrones season 7. This was when Littlefinger gifted it to Bran. In fact, in the final season, it was used by Arya Stark to end the Great War against the White Walkers. She used that very dagger during the Battle of Winterfell to kill the Night King.

Aegon The Conqueror’s dagger from House of the Dragon The catspaw dagger or Aegon The Conqueror’s dagger is an extremely important relic. Moreover, its prophecy will play an important role in the future. The dagger also belonged to Aenar Targaryen before Aegon. Aenar as it turns out was a dragonlord of Old Valyria. Aenar’s daughter, Daenys “the Dreamer,” once had a vision regarding the Doom of Valyria. That was an event that fragmented the land and destroyed the city. Twelve years later, her vision proved to be true. The volcanoes known as the Fourteen Flames erupted and compelled everyone to flee. Daenys fortunately was able to convince Aenar Targaryen to leave Valyria and shift to Dragonstone. The history and ownership of the dagger before Aenar however is unknown by even King Viserys.

The prophecy of Song of Ice and Fire The words etched on the dagger are also integral to the storyline especially about Aegon the Conqueror’s Song of Ice and Fire dream. During House of the Dragon episode 4, Princess Rhaenyra reads those very lines which were written in High Valyrian. “From my blood come the prince that was promised, and his will be the song of ice and fire.”

King Viserys explained to Rhaenyra that the blade was a result of Aegon’s vision or rather his dream. “Before Aegon’s death, the last of the Valyrian pyromancers hid his song in the steel,” Apparently, the etched words can only be seen once the dagger is heated in fire. This dream was once revealed in House of the Dragon episode 1. After Viserys announced Princess Rhaenyra as his heir, he shared with her Aegon’s prophecy that had been passed down through generations of Targaryens when they were being prepared to sit on the Iron Throne. Aegon The Conqueror had dreamed of the destruction of mankind and the realm due to “a terrible winter, gusting out of the distant north.” 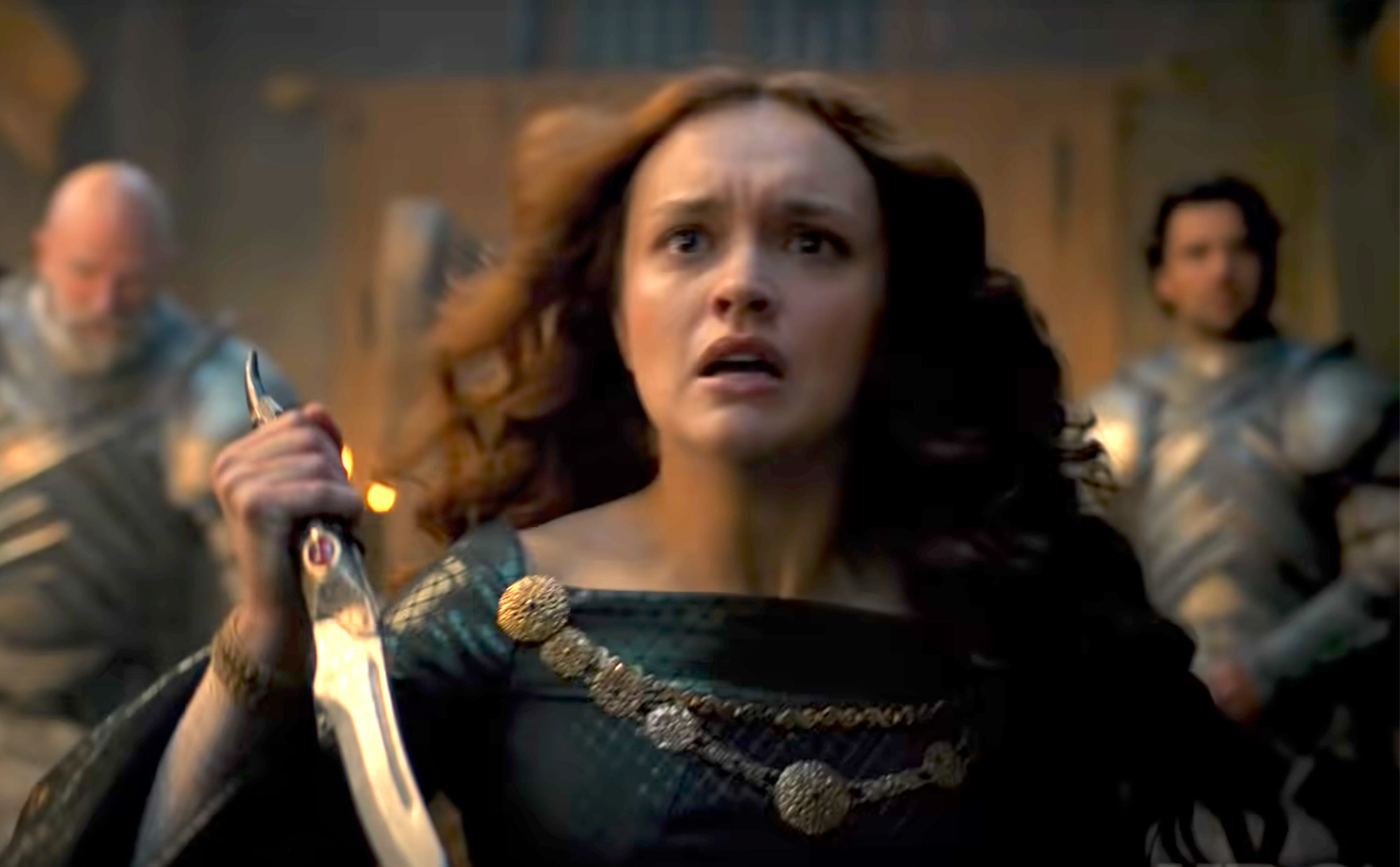 Catspaw dagger used by Alicent Hightower in House of the Dragon

This very dream caused Aegon to conquer Westeros. He did so in the hopes that a Targaryen on the throne could prevent such a horrific future by uniting the Seven Kingdoms against the common threat. This also ties to the prophecy of the prince that was promised, who is destined to rescue the world from darkness. In one of the trailers for House of the Dragon the catspaw dagger makes its appearance. In the trailer, Alicent Hightower grabs the weapon from Viserys’ pouch and charges towards Rhaenyra.