Season one of Star Wars: The Bad Batch is a significant departure from the rest of the Star Wars franchise. It fulfilled Star Wars: The Clone Wars’ pledge to keep the focus on the clones. The show follows the continuous adventures of Clone Force 99. They are an elite unit of clone troopers with unique mutations in their DNA. They are the center of this sequel/spin-off to Dave Filoni’s series.

Many Star Wars shows, including Andor, Obi-Wan Kenobi, and the second season of the animated series The Bad Batch, will premiere on Disney+ in 2022.

What Is The Bad Batch All About?

Star Wars: The Bad Batch follows the Bad Batch’s elite and experimental clones. They navigate a rapidly changing galaxy in the aftermath of the Clone Wars. Members of Bad Batch, a special squad of clones who differ genetically from their Clone Army brothers. Each has a unique, outstanding skill set that makes them extremely effective soldiers and a formidable crew.

The squad has to conform to an entirely new objective following what happened under the occurrence of Order 66. They have to survive and discover a better purpose inside the wake of the Clone Wars and the oncoming advent of the Galactic Empire. Fans have seen their fair share of Star Wars movies, series, and video games from this period. The Bad Batch’s first season shines out as a story about lost troops struggling to survive in a universe which no longer requires them. Since it doesn’t focus on any Jedi, Sith, or galaxy-threatening war, it’s really the best start for a television program in the saga.

Well, this is always the big problem in Hollywood and the biggest antidote to this is fan patience. Big shows are making their way to the big screen and small screens too as well. It looks crazily difficult to cram up a show somewhere in the middle of an already active show. This year tends to take the cake on the most stuffed year for a single company. Disney has Marvel projects, Fox Projects and Star Wars projects to consider. That’s why most of the time their schedule changes, but really rarely.

With Obi-Wan Kenobi coming this May 25th, it takes the spot of the prime Star Wars festival period. Last year, The Bad Batch was released on May 4th (Star Wars Day). So it kind of already took the space to sell itself on its own. But this won’t be the case this year. The Bad Batch won’t be able to touch this May release space this year. Due to the release of a Star Wars show in May, Disney doesn’t want to cram up 2 shows from the same brand. Hence, the wise step taken was to shift the release period to a future date.

What This Means For Its Release In 2022 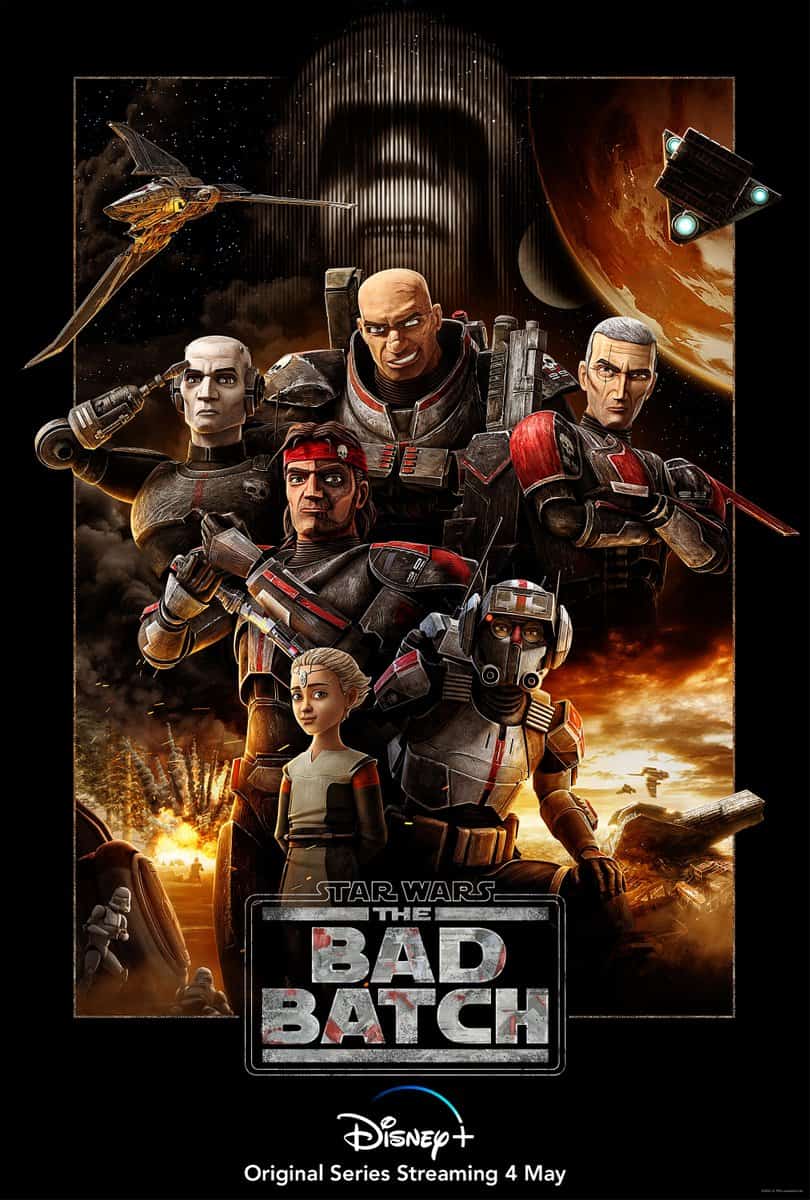 Pretty much, 2022 is a stacked year, and the Bad Batch must almost be done with the work if their release date was round the corner.  The Star Wars shows must compete with Marvel shows in terms of popularity. Even though, Disney doesn’t care about the fan tussle between Marvel and Star Wars, it makes up for release time and space. When a show gets pushed, it then means that others, too, will get pushed.

This year, big shows that are like close sequels to movies are releasing. Obi-Wan is back; Andor is making their way this year and yet no information on the show. Since the Star Wars shows are very minimal this year, Disney can consider the space. But, there is a problem. The problem is trying to avoid challenging Marvel Studios shows.

Marvel, on the other hand, has 4 to 5 releases this year. The Upcoming Moon Knight may end closer to a week before the Kenobi date. Marvel has She-Hulk set to premiere, Ms.Marvel, I am Groot, Secret Invasion, What If Season 2 and the Guardians of the Galaxy Holiday Special. Disney strategically wants and doesn’t want to meddle with challenging Marvel release dates.

So, the idea of the Big Batch happening is promising this year, but how, when, and what are the chances for us to see it even release this summer is an issue. It doesn’t have to be a solo period release but could connect the til end when Marvels hows are having their end too. It has been widely noticed on how Disney does that.

Until then, The Bad Batch Stays has been postponed until further info.