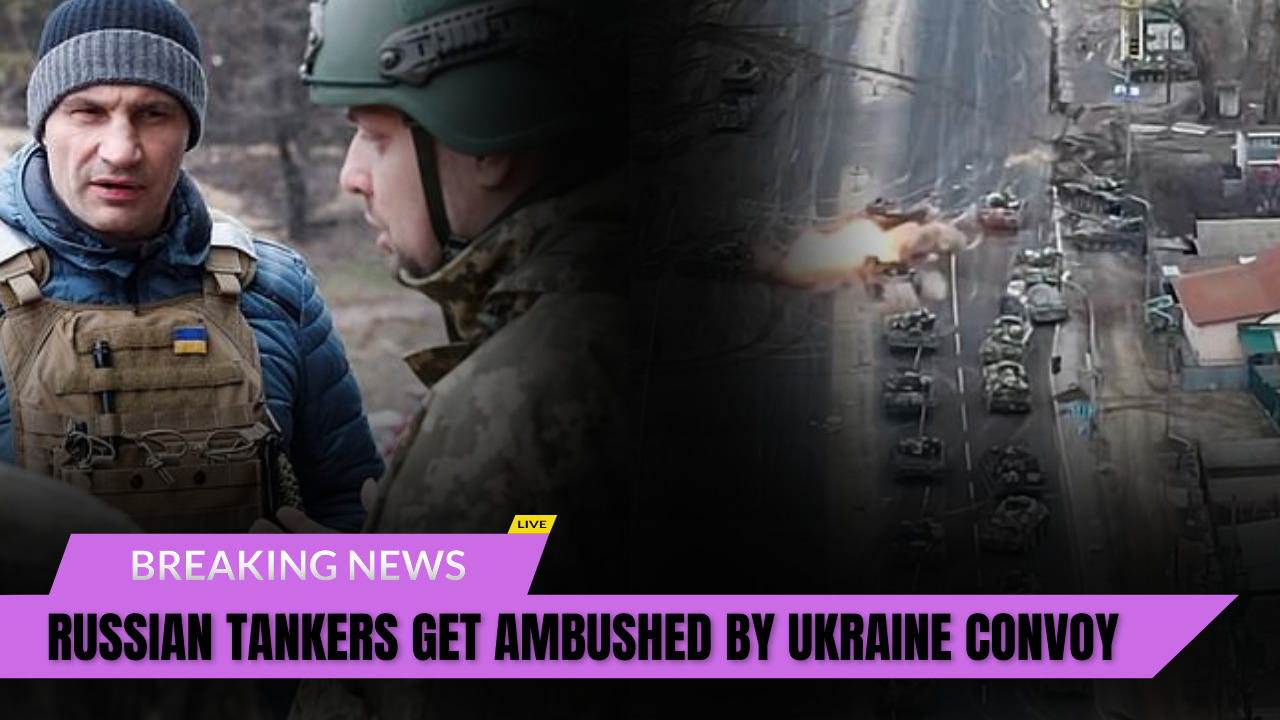 In a Ukrainian ambush, a convoy of Russian tanks was destroyed, giving Moscow another setback in its attempt to seize Kyiv. While the Red Army was still edging closer to the city yesterday night, a surprise attack from the front and back of the convoy obliterated a number of Russian T-72 tanks and other vehicles, forcing those who survived to turn and leave. The catastrophic artillery strike, which hit a column of 30 tanks and support forces, including a terrifying TOS-1 thermobaric launcher, left Russia lamenting the loss of yet another senior commander. Drone footage from the ‘Battle of Brovary,’ called after the north-eastern Kyiv neighborhood where it took place, was shared online. 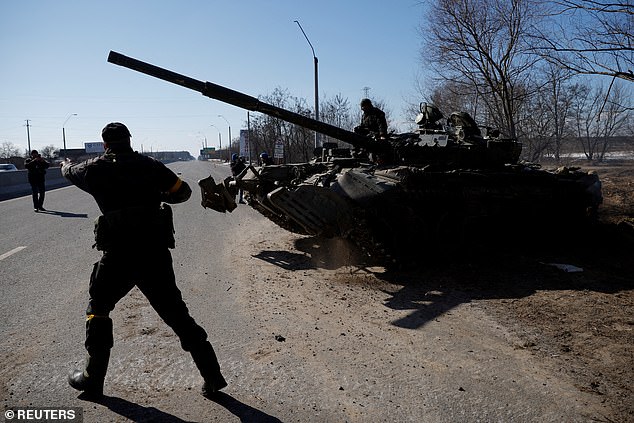 As Russia’s invasion on Ukraine continues, Ukrainian servicemen drive away in a Russian tank

Explosions erupted around the Russian tanks, sending plumes of black and grey smoke into the atmosphere. Smoldering shells of Moscow’s machinery sat abandoned beside the road the day before yesterday. A Russian soldier can be heard saying in a video released by Ukraine’s military.

‘Commander, the commander is dead!’

Colonel Andrei Zakharov, of the 6th Tank Regiment of the 90th Tank Division, was confirmed as the dead Russian commander by Ukraine’s Ministry of Defense; He was described as ‘liquidated’ in a statement. Vladimir Putin bestowed the Order of Courage on him in 2016, and the two were photographed shoulder to shoulder. The second voice requested that the message be repeated, to which the first voice exclaimed the death of their leader. 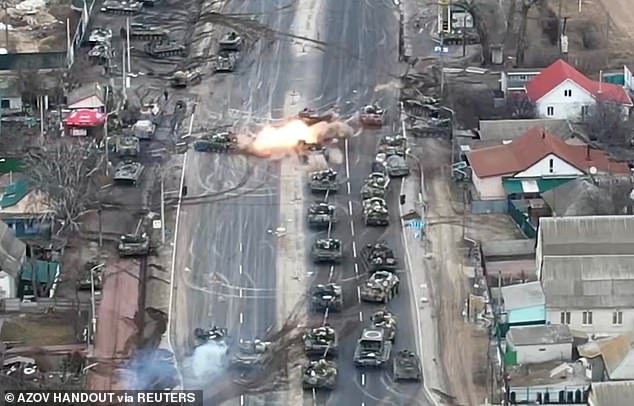 While the Red Army was still advancing towards the capital through Brovary last night, a surprise attack from the front and back of the convoy obliterated a number of Russian T-72 tanks and other vehicles, forcing those who survived to turn and leave. 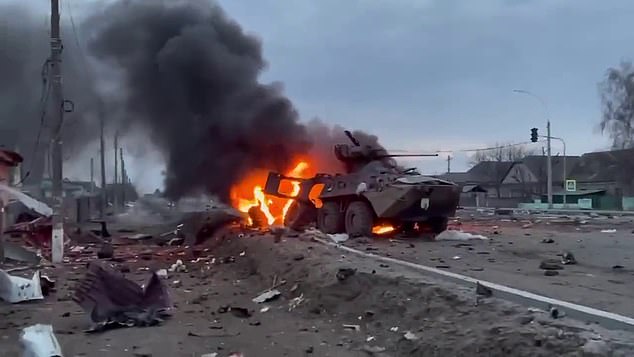 After being destroyed in an artillery and rocket ambush that resulted in numerous losses, a Russian armored vehicle sits on the side of the road in Brovary, east of Kyiv.

Zakharov’s death, which could not be independently verified, is yet another setback for Putin, following the deaths of Major General Vitaly Gerasimov, the 41st Army’s chief of staff, who was reportedly killed in fighting in Kharkiv on Monday, and Major General Andrei Sukhovetsky, the 41st Army’s deputy commander, who was killed early in the invasion.