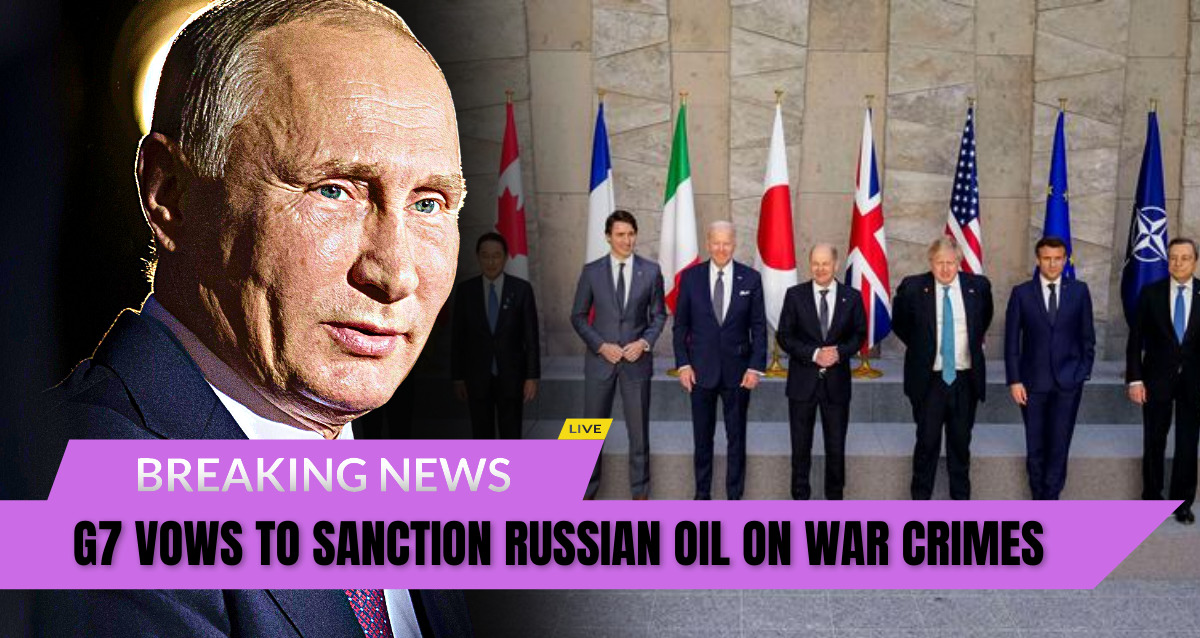 To punish Vladimir Putin for invading Ukraine, the G7 states have announced measures to limit the import of Russian oil. The declaration was made on Sunday by the group, which includes the United States. ‘First, we vow to phase out our dependent on Russian energy, including by phasing out or prohibiting the import of Russian oil,’ it added as part of a litany of new penalties.

‘We will do so in a timely and orderly manner, giving the globe time to obtain alternative supply,’ says the statement. ‘As we do so, we will work together and with our partners to ensure stable and sustainable global energy supplies and affordable prices for consumers, including by accelerating our overall reduction of reliance on fossil fuels and our transition to clean energy in line with our climate objectives,’ the statement continued.

Canada, France, Germany, Italy, Japan, the United Kingdom, and the United States make up the G7. Honorary membership is also given to the European Union, which has 27 member nations. The continuous purchase of Russian oil and gas by Ukrainian allies, especially Germany, has prompted charges that the G7 countries are indirectly subsidising Putin’s faltering military effort. Other penalties announced on Sunday include attempting to isolate Russia’s economy by ‘prohibiting or otherwise preventing the provision of vital services on which Russia depends.’ 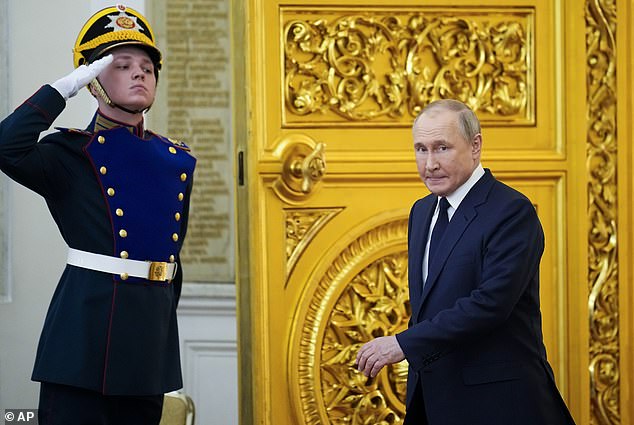 More information on the nature of these services hasn’t been released, and the G7 has announced new intentions to target Russia’s banks and financial system separately. The G7 announced new intentions to go after Russia’s “financial elites and family members” who “back President Putin in his war endeavours while squandering the Russian people’s wealth.” The Scheherazade, Putin’s $750 million superyacht, was seized by Italian officials last week to prevent it from being carried into international waters.

Other Russian oligarchs’ yachts, houses, and businesses have also been targeted. The UK government has forced Roman Abramovich to sell his London-based soccer team, Chelsea FC, at a loss after the company’s finances were frozen due to Abramovich’s long-standing ties to Putin. Since his country was invaded in February, Ukrainian President Volodymyr Zelensky has asked the G7 nations and their allies to adopt the strongest possible stance against Putin. However, the US and others have failed to heed his pleas for a no-fly zone over Ukraine, fearing that doing so will lead to a direct battle with Russia and a cataclysmic World War Three.

The penalties were announced on the same day that Italian police announced they were seizing a £500 million superyacht thought to belong to Putin. The Scheherazade has been undergoing a re-fit at the Porto di Carrara marina near Massa, northern Italy, since late summer 2020. According to the Daily Telegraph, it was hauled back into the ocean last week after crew members were seen removing enormous tarpaulins from her deck and conducting inspections. Guy Bennett, the vessel’s British captain, was served with documents stating that it was not permitted to sail.

Locals were concerned that the ship, which is 450 feet long and has spas, swimming pools, a gym, and two helipads, might leave the marina before being confiscated. Since March, authorities in the Italian town of Marina di Carrara near Pisa have been sifting through paperwork to find the vessel’s true owner. The Scheherazade’s Russian crew were all members of the Russian tyrant’s personal protection team, according to supporters of imprisoned Putin opponent Alexei Navalny. They were replaced by a skeleton crew of Britons, who were told they had to stay onboard for the time being. MailOnline got unique footage of an Italian finance police launch approaching the yacht with its blue lights flashing.