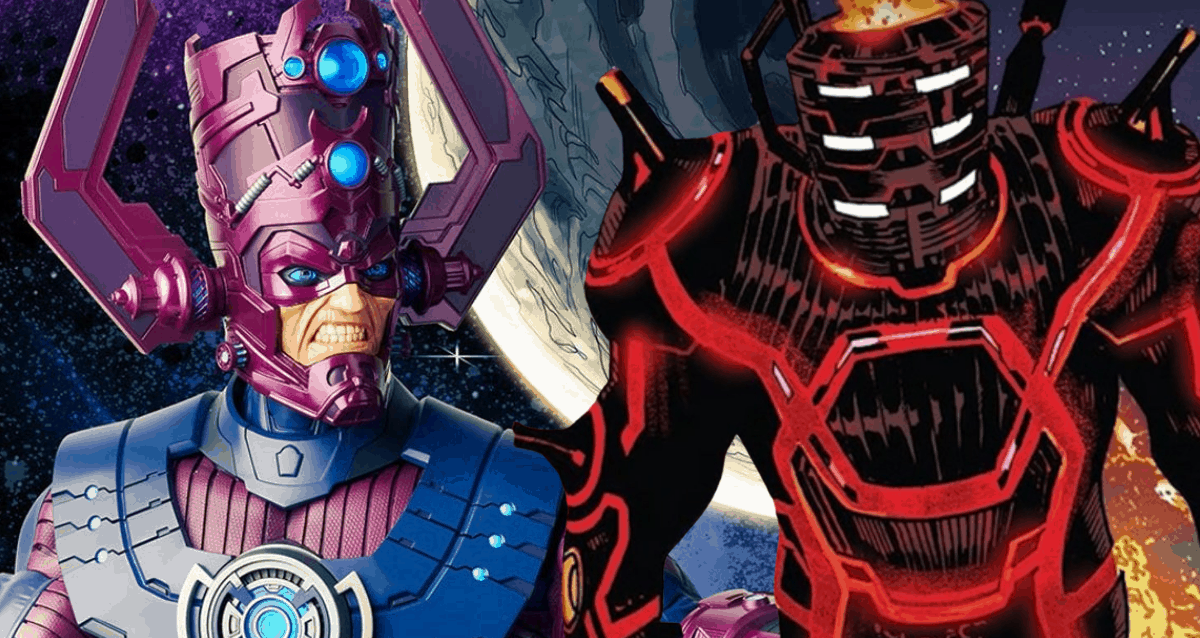 Eternals could lay the groundwork for Fantastic Four’s Galactus, a major villain in the franchise, or as a comprehensive outlaw in Phase 4, if it can characterise the Celestials with a finesse.

Eternals is the third film in MCU Phase 4 following Black Widow and Shang-Chi and the Legend of the Ten Rings, and with a story that explores a different setting, it would be ideal for the film to pioneer Galactus into the universe, who has the potential to be the second-best after Thanos when becoming a villain for the upcoming Fantastic Four reboot.

With Chloé Zhao seated in the director’s chair and with a cast as immense as to include Gemma Chan, Richard Madden, Kit Harrington, Salma Hayek, Kumail Nanjiani, and Angelina Jolie, Eternals could prove to turn Phase 4 of the franchise into a whole new direction. So far, Eternals speaks of success. After Endgame, the MCU has been in a haze, and Eternals shows to have the substance required to expand the Marvel Cinematic Universe and institute a new world.

Galactus as an unrealised villain for Phase 4

Residing on Earth for thousands of years, The Eternals are shown to be ageless legendary god-like beings who have been quietly shielding the mortal world from any possible harm. As seen in the final trailer of the movie, when humankind is threatened by the Deviants, the Eternals emerge to protect them. Celestials are a class of powerful ancient beings who are capable of controlling energy and matter.

Celestials created the Eternals and Deviants. While the movie does not disclose much about race in detail, we do have a general idea of the term. The planet Ego or the Living Planet was a Celestial, and Knowhere, the mining colony from Guardians of the Galaxy, was the severed head of a Celestial. The movie Eternals focuses on the Deviants being the villain, but we cannot ignore the possibility of a comprehensive arc that could form around the Celestials. If portrayed with perfection, Galactus could dominate a lot of upcoming Phase 4 films, and even create a tether for Phase 5. 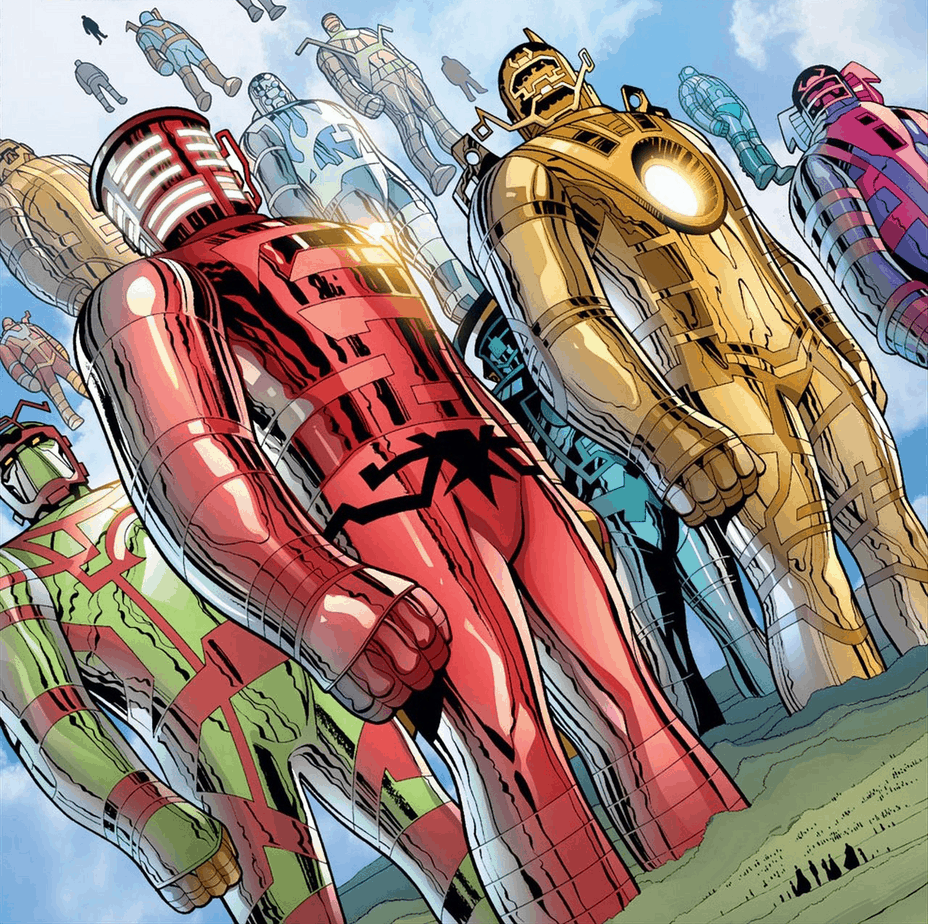 Galactus, also known as the Devourer of Worlds, is an otherworldly being who bears his life form by imbibing entire planets. He is believed to be one of the most dynamic forces in the MCU. He first made his appearance in Fantastic Four: Rise of the Silver Surfer. However, it was not as impacting and viewers are still uncertain of how to perceive the character. Which is why, the inclusion of Galactus in the Fantastic Four reboot is what fans are looking forward to, in hopes that this feature would relatively be more precise and leave its mark with the audience.

With Eternals, Marvel will be introducing Celestials into the universe, which gives the studio a chance to see if the audiences would enjoy this switch of story arc and figure out whether or not fans are willing to accept it. Marvel Cinematic Universe will be changing their narrative in a post Blip world and including more cosmic beings. And to ascertain the audiences’ response to it is in their favor or not will be a deciding factor in how Galactus’ character would develop as an all-embracing villain in the franchise. 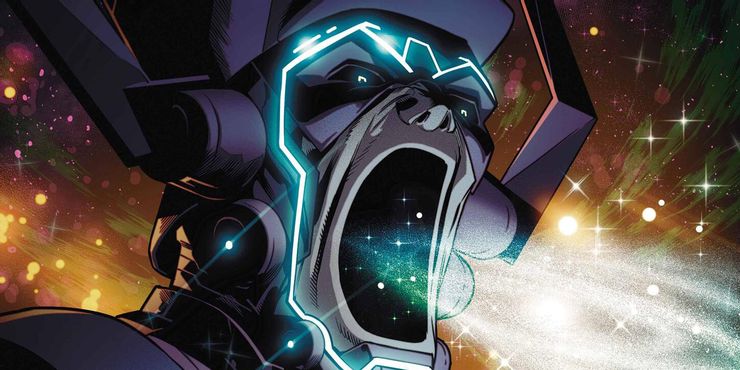 If fabricated well, Galactus could be the greatest villain in MCU history, leaving behind even Thanos and Kang. Because he draws his power from the planets, his existence is of extreme importance in order to retain the balance of cosmic powers throughout the universe. So the only way to contain him would be delaying his wrath. Galactus, thus, would essentially be carrying the torch to light up MCU’s cosmic storytelling.

At what point will Marvel decide to introduce Galactus into the universe would heavily be based on the image of the Celestials in Eternals. The best path would be to do so gradually, in a pace at which it is easier for the audiences to follow these multiversal, otherworldly beings. Done correctly, Galactus would have a massive capacity to rule Phase 4 with Fantastic Four films. And maybe even some Phase 5 films of the MCU.

If Eternals decides to follow The Avengers, where Thanos makes a brief appearance in the post-credit scene, we could see the first look of Galactus somewhat the same way. Despite the intrigue it would bring, it is more certain that Galactus will first be seen in MCU’s Fantastic Four reboot since the odds would be in the studio’s favor to make the most out of it.

With that said, determining how the Celestials would work in Eternals will decide the future course of action for how these beings will behave in upcoming Marvel movies. Until then, we wait patiently to see what more Marvel’s mystical world has to uncover for us.

Check Out: Here’s What ‘What if…?’ Writer Regrets About Doctor Strange Episode