Guardians of the Galaxy 3: Will Poulter Cast As MCU’s Adam Warlock After Beating Rege-Jean Page 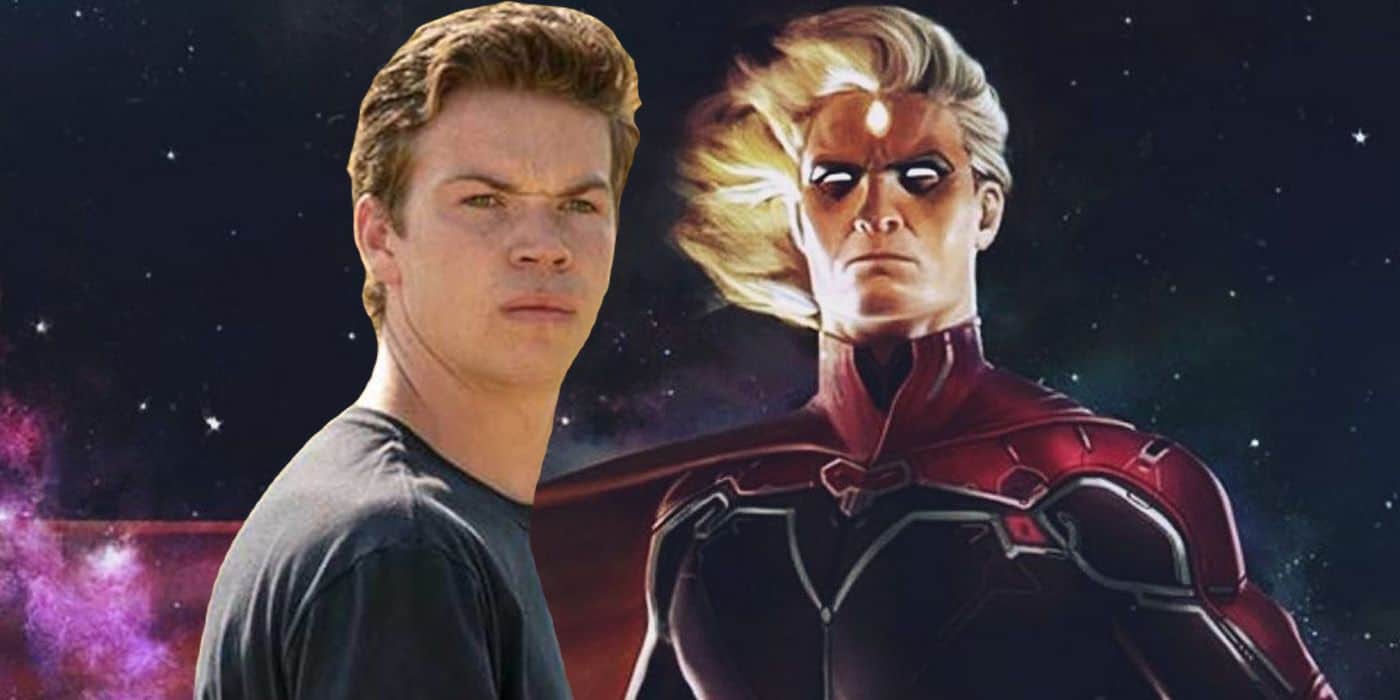 It should be noted that Star Lord is slated to appear in Thor: Love and Thunder. So the events of that movie will inform how Volume 3 shapes up as well. But right now, the movie itself is in early development, and nothing is known about the story of the movie till now.

But that hasn’t stopped fans from speculating about the possible plot of the movie and neither have they shied away from asking director James Gunn questions about it.

After all, the stakes are high and more unique than ever before for the Guardians. Volume 3 will surely see the team facing new galactic threats in a post-Endgame world. Not to mention the fact that there is the whole Gamora question hanging as well. 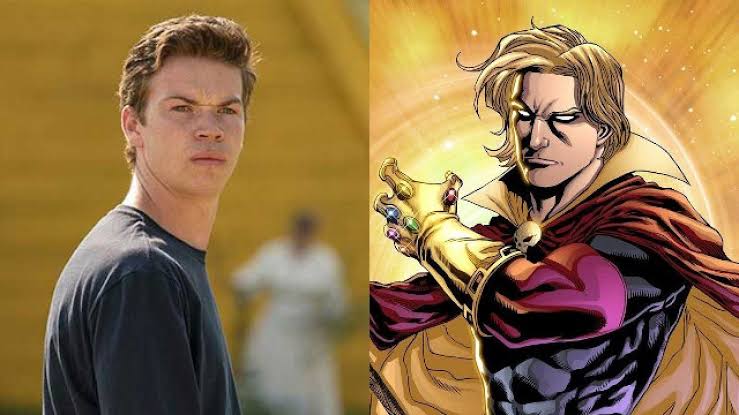 Will Poulter cast as Adam Warlock

It’s almost a guarantee that along with seeing the old and familiar faces of the Guardians, we will also be seeing new characters who will help introduce new cosmic elements.

Earlier in the year, rumors were doing the rounds about Adam Warlock joining the movie. Back then, it was just an unconfirmed rumor which fans wanted to believe, but Gunn debunked it.

In fact, it led to a short spurt of controversy online with the director too. But fast forward months later, and as filming on the movie seems to be starting, Marvel has confirmed that they are indeed bringing Adam Warlock into the mix.

After The Cosmic Circus first reported on the matter, Deadline is now reporting that Marvel Studios is indeed bringing Adam Warlock into the Guardians and that they have cast Will Poulter in the role.

Sources say that Marvel and Gunn began their search for the actor who would portray Warlock at the end of August. And Poulter was one of the actors who was vying for the role.

Rege-Jean Page and George MacKay were considered for Adam Warlock

Gunn and Marvel both took their time with the casting. After all, the hype after Guardians of the Galaxy Vol. 2 was too much. And after looking at a lot of the actors, they admitted that Poulter’s test was great and that he “was too good to pass up.”

Gunn then confirmed the casting on Twitter while also referencing his penchant for debunking baseless rumors surrounding his movies. He welcomed Will Poulter into the Marvel and Guardians family and praised his talents.

Here’s what he said:

“As you guys know I often strike down false rumors, so… um… Welcome to the Guardians family, Will Poulter. He’s an amazing actor and wonderful guy. See you in a couple weeks.”

Borys Kit from The Hollywood Reporter said that Adam Warlock was the role that everyone wanted. He teased that other actors who had been considered for the role were George MacKay and Bridgerton star Rege-Jean Page.

“Since at least August, it’s been the role ‘everyone wants.’ At least for young male Hollywood, which read and met on it. Rege-Jean Page was considered for it, 1917’s George MacKay was on the shortlist.”

Since at least August, it's been the role "every one wants." At least for young male Hollywood, which read and met on it. Rege-Jean Page was considered for it, 1917's George MacKay was on the shortlist. https://t.co/dwmJ2QGZFB

The Story Of Adam Warlock In The MCU And The Comics 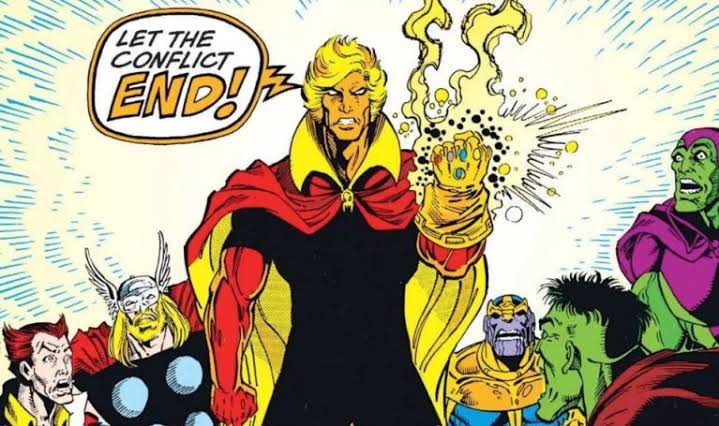 Adam Warlock was teased back during the post-credits scene of Guardians of the Galaxy Vol. 2. In one of those scenes, Elizabeth Debicki’s Ayesha was seen smarting from her defeat and planning ways to defeat the Galactic Guardians.

She then stared at a birthing pod that had a being of immeasurable power in it and named it “Adam.” This was implied to be none other than Adam Warlock.

In Marvel Comics, Adam Warlock was made by the Enclave, who were a bunch of researchers. They had to be reworked in the MCU so that they could be included in the Sovereign’s story.

Overall, these researchers wanted to make what they thought was the perfect human being at the peak of human evolution. However, they couldn’t control Warlock as he slowly became a more powerful entity.

Warlock was originally created in 1967, and he spent a lot of his time being one of the most powerful things in the Marvel universe. He is one of the very very few who can wield the Infinity Gauntlet at its full power.

In multiple times, he has only been referred to as “Him,” which adds to his power and the respect he commands. He was a legend in the eyes of other beings and fans across the galaxy.

Future Of Adam Warlock In The MCU 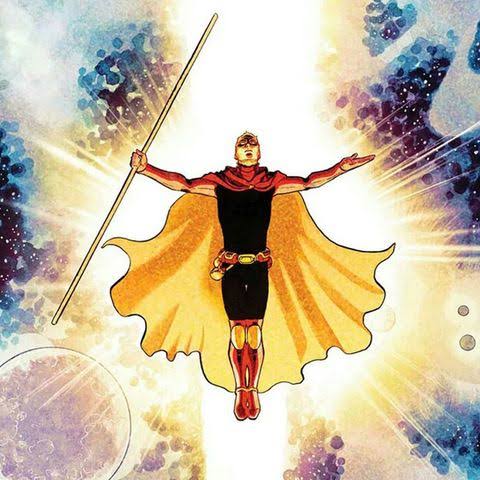 Adam Warlock will expand the cosmic side of the MCU

Adam Warlock was a powerful character who could have saved the day during the fight for the Infinity Stones, but Marvel didn’t bring him in back then. Perhaps, he would have tipped the scales a little too much in favor of the Avengers.

But now, this powerhouse being is finally coming in live-action. And with Thanos no longer a threat and the Guardians no longer on Earth, Warlock’s powers will be tested more than ever before.

Will Poulter will be taking on the biggest role of his career till now. But he has given impressive performances in great movies and shows like The Maze Runner and We Are The Millers.

Right now, we don’t know how big his role will be in the film. But after taking into consideration the history and the popularity of the character, it will surely be something to look out for.

Another question that fans are asking is- just how long will Adam Warlock be involved with the MCU? Poulter will be about 30 years old only by the time he debuts as Warlock. And it’s expected that he will push the cosmic part of the MCU further on.

As such, Poulter will probably be in the MCU for a long while. Just how long will that be? That remains to be seen.