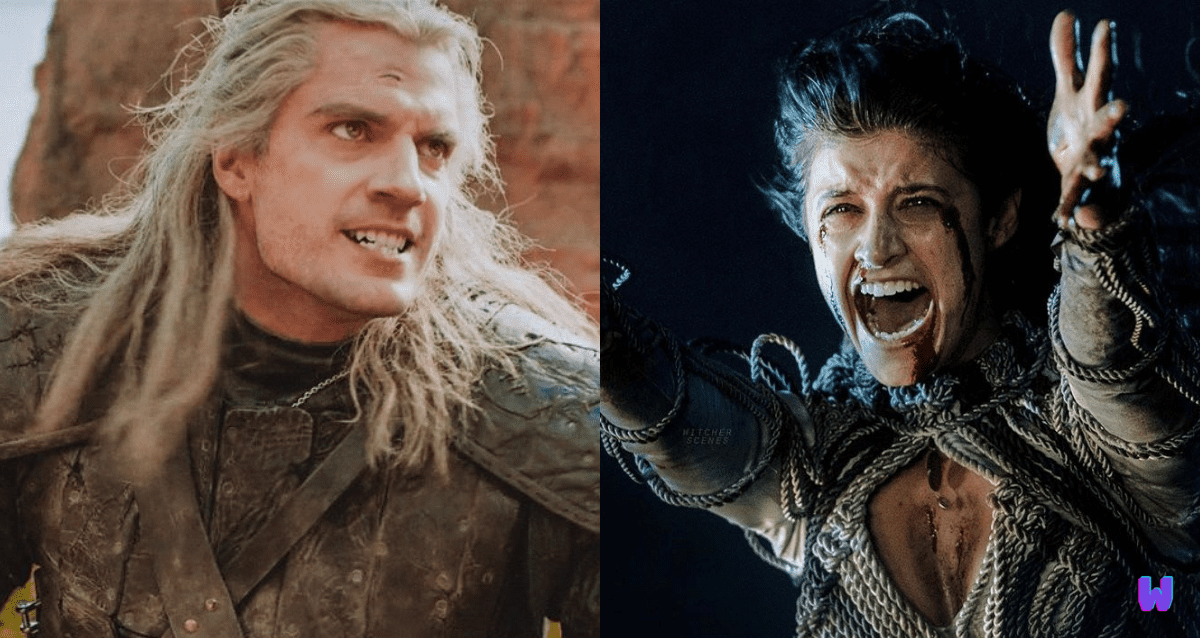 The Witcher on Netflix has surpassed Disney’s The Mandalorian in terms of popularity as one of the most viewed shows right now. The Witcher is yet another example for fans of Game of Thrones and other fantasy series that successful film adaptations of novels and video games are achievable with the right cast. In a tribute to the source material, Netflix’s The Witcher has brought to life the characters, creatures, and settings created by Andrzej Sapkowski.

While every episode has its own share of thrills, several scenes stood out above the others. This season of The Witcher has plenty to recommend, from Geralt facing monsters to Yennefer honing her magic skills. And there is still books (literally) worth of content to look forward to in the upcoming season. That being said, here are ten of the series’ most memorable moments. 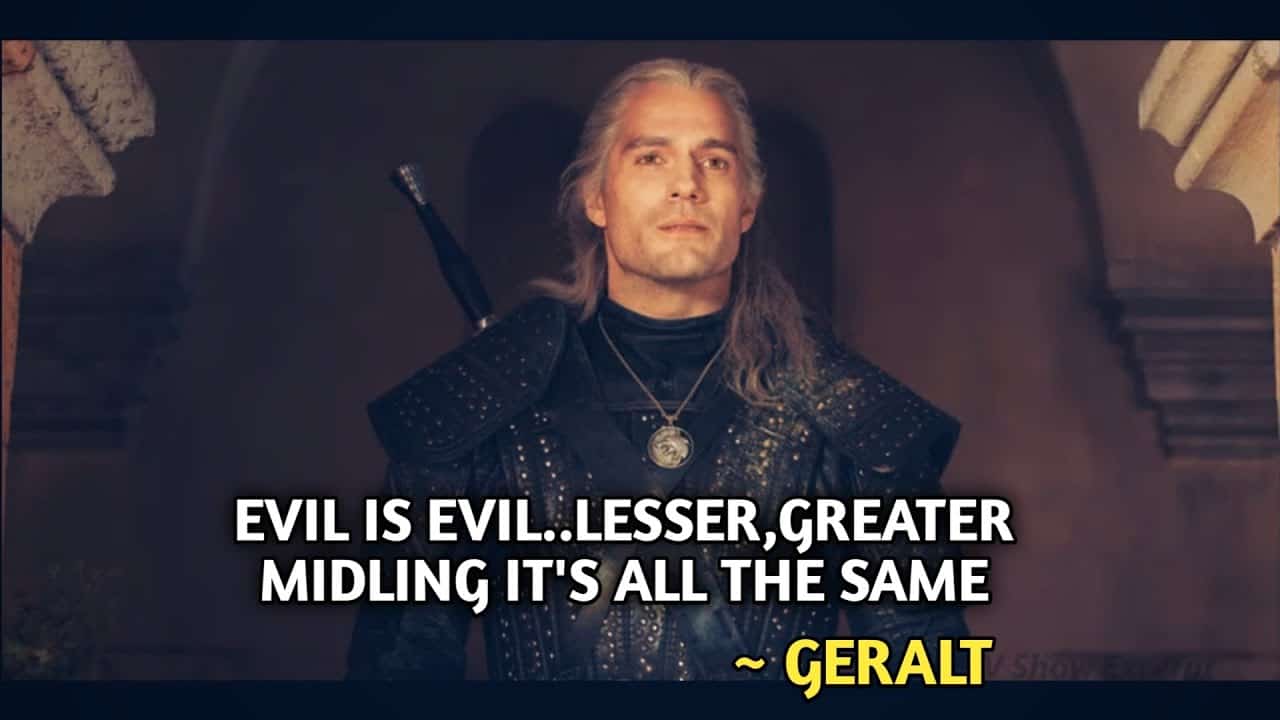 What better way to get things started than with a famous quote from the White Wolf himself? Stregobor, a wizard in Blaviken, contacts Geralt and demands he kill Renfri, a former princess turned robber whose cursed past threatens the natural order of things. Geralt finds the conjurer’s methods despicable and refuses to work with him out of hand, but not before delivering an intelligent monologue about how even the lesser of evils is wrong in his view. 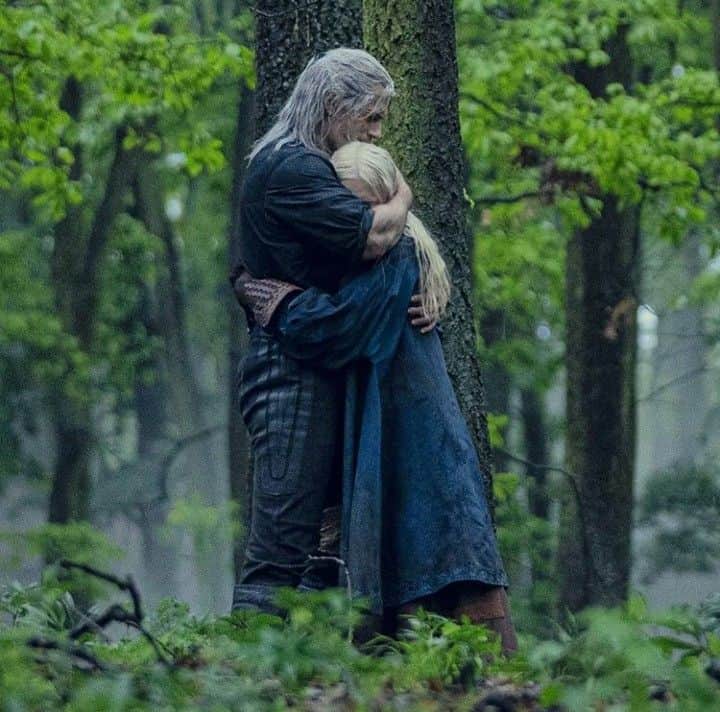 It took the entire season, but Geralt and Ciri’s fated encounter has finally come to pass. It’s a lovely and heartwarming scene, given the pain they’ve both been through to come to this point. It also leads to Ciri questioning Geralt about her vision of Geralt roaming about the ruins of Soddon Hill crying out for Yennefer. It’s a difficult question to answer, but we’re confident that in Season Two, Ciri will have plenty of opportunities to get to know her new surrogate mother.

#8: Law of Surprise
“Of Banquets, Bastards and Burials” 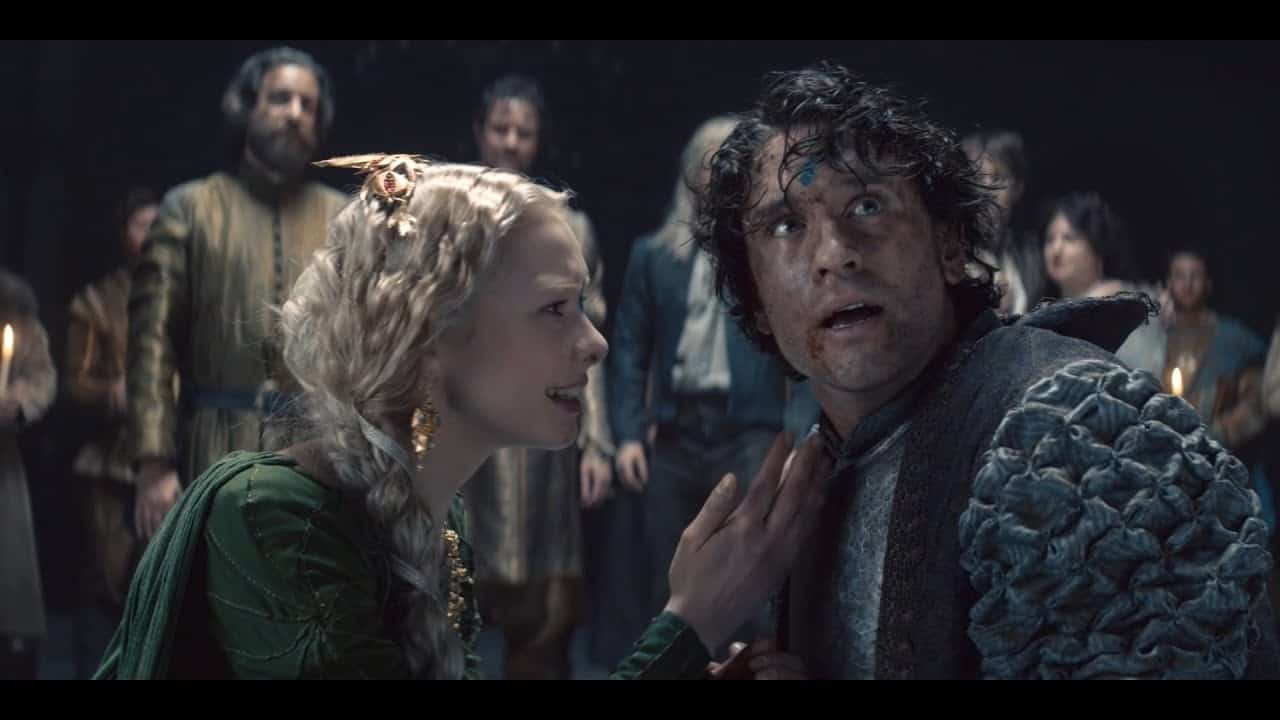 I would have expected Geralt would be a little warier about employing the Law of Surprise as a payment method after watching all that happened at the Cintra banquet. As the hedgehog curse is lifted and Duny’s marriage to Pavetta is formally recognized, he begs Geralt to let him repay all the kindness he’s received from the people who helped him along the way. The Law of Surprise is invoked by Geralt, seemingly out of the blue and with the expectation that nothing will come of it… except for Geralt to bind Pavetta’s unborn child to him after she vomited, showing her to be pregnant. Apparently, when it comes to these bashes, destiny moves fast.

#7: The Siege of Cintra
“The End’s Beginning”

This unexpected onslaught sets the wheels in action, plunging the northern kingdoms and all in between into a violent struggle for control of the Continent’s destiny. As a result of Nilfgaard’s sudden religious zealotry, they decimate Cintra, prompting Queen Calanthe to entrust her loving granddaughter Cirilla with the mission of tracking down Geralt of Rivia, who has gone missing. Being there when the Nilfgaardian forces massacred the inhabitants when the nobles poisoned themselves, and when Calanthe died are horrifying images, especially when we learn later about how the massacre may have been prevented.

Geralt and Yennefer’s long-awaited rendezvous was surely explosive. While at Yen’s highly adult-oriented party, they had a flirty first meeting during which the rogue mage helped the White Wolf cure Jaskier before a wayward Djinn almost killed him. That’s not the case. It turns out that Yen is going to become the wish-giver’s vessel in order to increase her own strength, as well as to have a kid of her own. With his final request, which we don’t know about, Geralt has one more chance to save her before he dies.

Aretuza’s new apprentice mage, Yennefer, was doing well despite her tough start. She’d found love with Istredd, too. The situation couldn’t be much better right now… Her new boyfriend had been spying on her at Stregobor’s command until the Brotherhood of Sorcerers learned of her elvish origins and sent her flying to Nilfgaard. This is the tipping point. Having made the decision to seize what she believes is hers, she puts pressure on the magical artisan to transform her beauty into something she desires. The task at hand is not an easy one, as the operation not only deprives the patient of her reproductive capacity but is also very painful for her to endure. We’ll never know how she did it after all that…

#4: The Butcher of Blaviken
“The End’s Beginning” 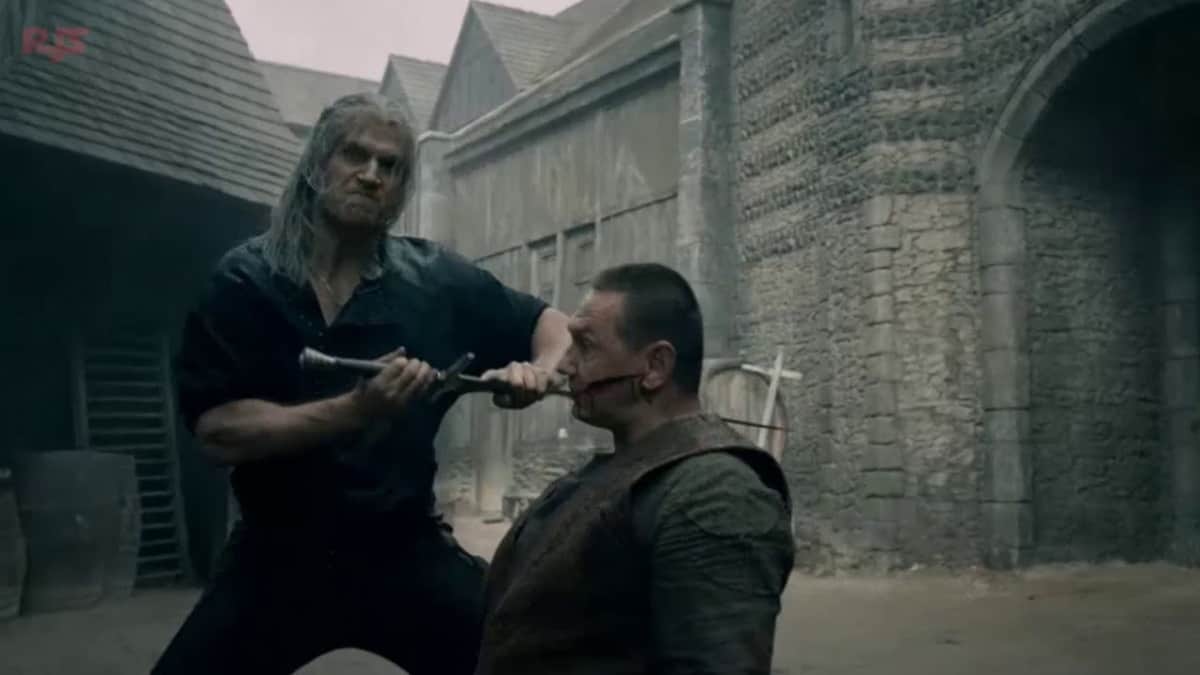 Because of Geralt’s gloriously vicious rampage against Renfri’s minions and his ability to slice through them like paper dolls, all Witcher fans realized that even without Gwent, this series had nailed the landing. No matter how many bandits are against him, the White Wolf simply slays each one, slicing limbs and impaling torsos all over the place before beheading them all. It’s a great way to get a bad reputation, and it also proves that Henry Cavill was born to portray Geralt of Rivia.

#3: The Battle of Soddon Hill
“Much More”

There’s no comparing Nilfgaard’s army to Yennefer’s! A group of mages led by Yen and Triss makes one final stand against the keep on Soddon Hill in an attempt to stop the Empire before they overrun the Continent. After some final words of encouragement from her teacher/mother figure Tissaia, Yennefer finally lets her chaos erupt, releasing a torrent of fire magic that incinerates the invading armies into dust! It’s here that Yennefer’s tale comes full circle. I’m very proud of you, girl!

#2: Toss a Coin to Your Witcher
“Four Marks” 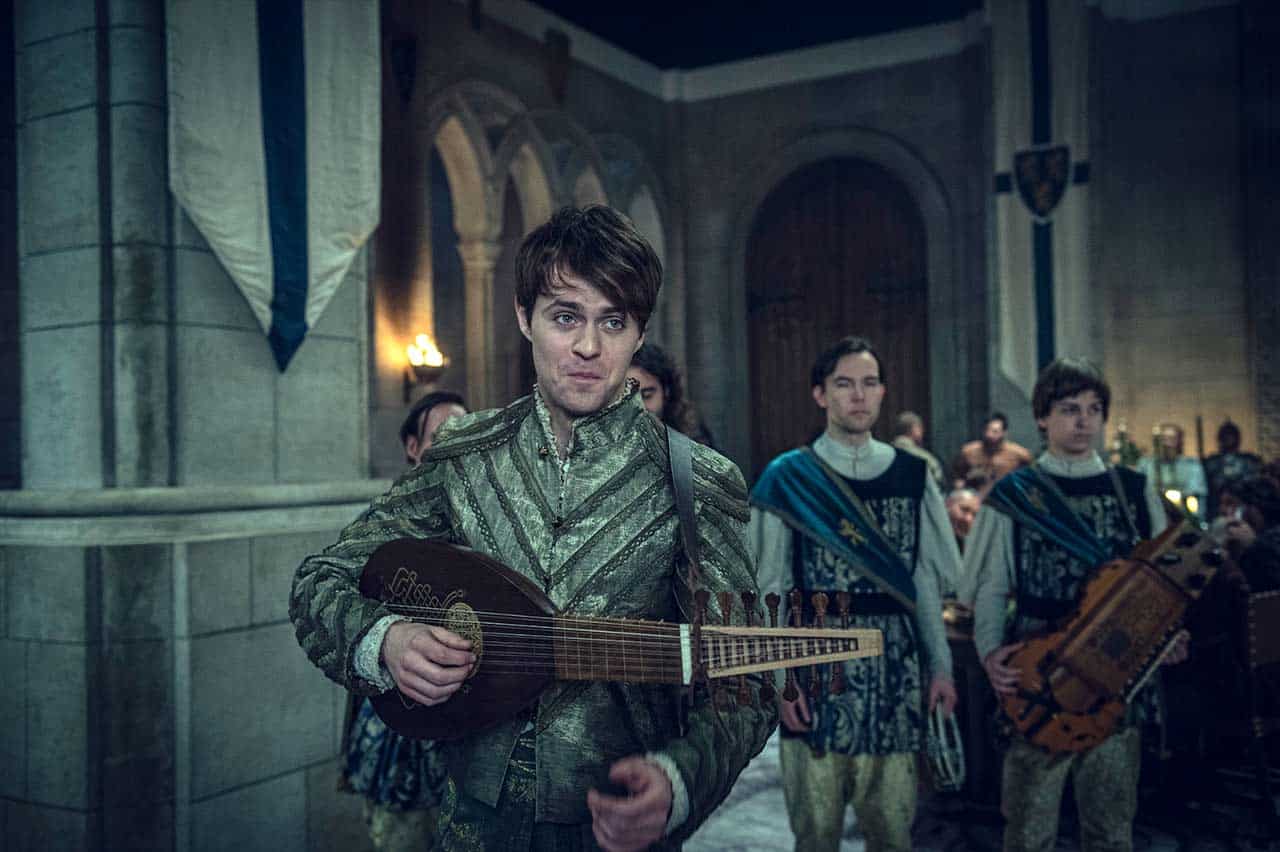 Jaskier is hands-down the best bard in the game. Certainly, he has no sense of self-control, but as a comic foil, he’s unbeatable. In addition, he provided us with a ballad that ended up enrapturing the majority of the Continent, including ourselves. Even though it’s got a catchy rhyme, it’s also palpitated with sadness, at least from Geralt’s perspective, because for all the strides Jaskier and his song take to highlight what a beacon of hope the Witcher is, it’s layered with lies about his deeds, reinforcing the myth that all non-human beings are monsters. They’re not. But, hey, respect isn’t what changes the course of human history.

#1: Geralt vs The Striga
“Betrayer Moon” 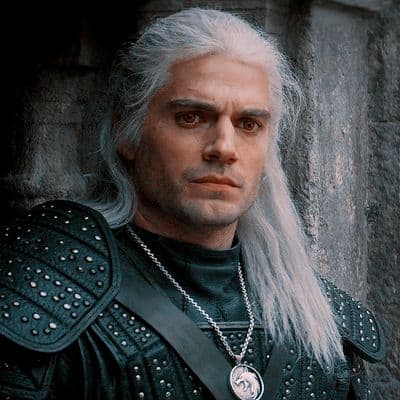 If you were worried that the White Wolf’s potential as a monster hunter wouldn’t be fully realized on screen, you can put your worries to rest. After some investigation, Geralt learns that the beast terrorizing the people of Temaria is actually a former princess who was cursed at birth, turning her into a demon known as a Striga in the meantime. The Witcher has no choice but to keep the girl out of her tomb until daybreak in the hopes of curing her of her illness. Which, as it turns out, is a lot easier said than accomplished. It’s a classic Witcher fight from start to finish, from the terrifying arrival of the Striga through the battle’s choreography and its heartbreaking ending!