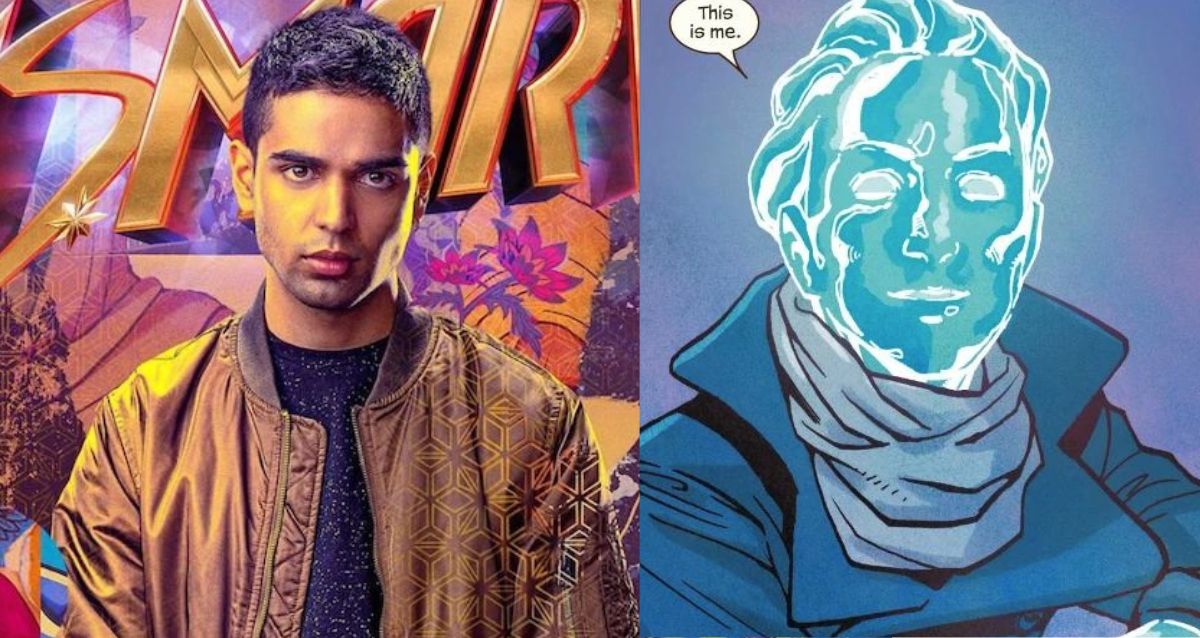 Kamran is introduced in “Crushed,” episode 2 of Ms. Marvel and his backstory and abilities are based on those from the Marvel comics. Episode 2 of Ms. Marvel follows Kamala Khan’s efforts to understand her developing superpowers in the wake of AvengerCon. Meanwhile, Zoe Zimmer’s account of how Kamala goes viral on the internet.

Zoe throws a party in honor of the “fragility” of life, and she invites everyone to school. This includes the handsome and charismatic Kamran. To Bruno’s dismay, he immediately becomes close to Kamala, but it soon becomes apparent that he is hiding his true motives. Kamran’s origins in the MCU differ from those in the original comics, but they may offer hints about where Kamala’s story is headed, much like Ms. Marvel’s powers.

Kamala’s efforts to save a young boy during Eid celebrations at a local mosque in the second episode of Ms. Marvel draw the attention of the Department of Damage Control. Similarly, when the police broke up Zoe’s party, she had to escape from their drones and was rescued by Kamran. When she finally gets in the car, she is finally introduced to Kamran’s mother. This shocking turn of events echoes a major plot point from Kamran’s arc in the Ms. Marvel comics, suggesting that future episodes of the MCU show will do the same.

An Explanation of Kamran’s Marvel Comics Background and Abilities

Both Kamran and Kamala’s Marvel origins are connected to the mutagen Terrigen Mist, and they were childhood friends who lost touch. Black Bolt, an Inhuman, released the Terrigren Mist, giving many people, including Kamran and Kamala, dormant abilities.

Kamran debuted in comics with the March-May 2015 arc “Crushed” in Ms. Marvel. Similar to the situation in the second episode of Ms. Marvel, Kamran manages to win Kamala’s heart while keeping his true nature a secret. He is a villainous Inhuman named Lineage’s ally in a plot to exterminate all humans and other non-Inhumans from Earth, and he has Kamala in his sights.

There is a striking visual similarity between Kamran’s powers in the “Crushed” arc of the comics and Kamala’s in the Ms. Marvel series from Marvel Studios, which airs on Disney+. In the comics, he exudes brilliant, blue-white energy from his body, similar to the sturdy purple energy Kamala can generate. Kamran can use this energy like Kamala.

However, this can be done with a slight twist: he can use it to shock enemies or explode objects. Kamran may have superpowers in the Ms. Marvel show, but so far, all he’s done is survive a painful-looking belly flop. Kamran’s introduction of Kamala to his mother is similar to how Lineage is introduced to readers in the comics, suggesting that there will be additional continuity between the two versions of the character.

To What Extent Will Kamran Serve as Ms. Marvel’s Antagonist?

In summary, Ms. Marvel #15 of Volume 3 promises, “Which is more real: love at first sight or a sworn enemy? The term “crush” is not random. Ms. Marvel is up against her most perplexing foe yet.” While it’s still up in the air whether or not Kamran and his mother will be villains in the MCU’s Ms. Marvel, Kamala is likely to face a similarly perplexing obstacle.

The Department of Damage Control is portrayed as racist, authoritarian bullies by the end of episode 2. When Zoe is asked at AvengerCon about the origins of the hero who saved her, there is an undercurrent of Islamophobia and racial paranoia. And when Special Agent P. Cleary reminds his partner to “be respectful” while searching mosques for signs of superhuman activity, the point is driven home even further. Consequently, it’s not out of the question that DDC will turn out to be Ms. Marvel’s real antagonist.

But Kamran’s mom doesn’t seem like the most reliable person, either. Kamala sees her at the end of episode 2 of Ms. Marvel, and she’s bathed in purple light and beckoning to her, but this doesn’t make her seem like a heroic figure at first glance. This is especially true because she almost kills a boy when she interrupts Kamala as she tries to save him from a cliff. If Kamran’s mother shares Lineage’s goal of exterminating all humans, he will certainly serve as a henchman and recruiter in the TV show.

Kamran uses Kamala’s cultural differences with the people she helps to recruit her in the comics. He says:

“There’s no reason for you to keep wasting your energy to protect people who don’t believe what you believe.”

This tension could be heightened by incorporating the Department of Damage Control into future iterations of Ms. Marvel and the MCU, giving Kamala yet another baffling obstacle to overcome. Kamran’s words would carry much more weight if a government agency were punishing her for doing nothing more than saving people’s lives.

It’s a plot that fits neatly into Ms. Marvel’s themes of maturing into adulthood, accepting accountability, and establishing one’s own identity. It would also be true to Kamran’s comic book roots, making for a much more interesting and nuanced antagonist in the MCU.