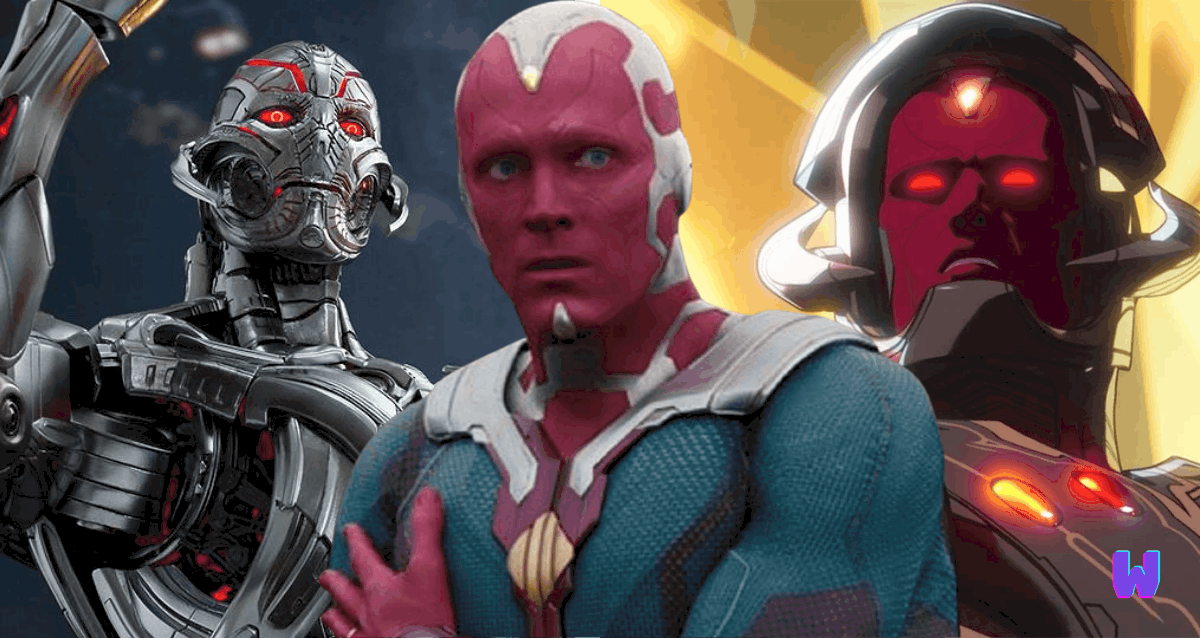 What If…? is the first animated series in the Marvel Cinematic Universe to air on Disney+. The audience was left scratching their heads with the way the show’s first season concluded. What If…? examined what could have happened if some of Marvel’s most well-known characters had chosen a different path throughout its nine-episode run. It all culminated in a series finale in which various characters from different universes came together to battle Ultron.

From Peggy Carter using the super-soldier serum to a zombie virus infecting the world’s greatest heroes, the series culminated to a finale in which various characters from different universes came together to battle Ultron. If Ultron had been successful in implanting himself inside the vibranium body he constructed for himself, what would have happened?

The answer would have led to Vision in Avengers: Age of Ultron. There was a surprising decision not to utilize the voices of James Spader or Paul Bettany from the film, who have portrayed Ultron or Vision in other Marvel productions, respectively. Instead, the team enlisted the services of Red Skull actor Ross Marquand; this choice had a sound business rationale.

A.C. Bradley, the show’s chief writer, and director Bryan Andrews spoke about the season one finale’s choices in an interview with Entertainment Weekly. When pressed on why Spader or Bettany wasn’t considered for the Ultron role, Bradley said that it would be too big of a disconnect to expect the audience to believe this figure was Ultron rather than the beloved Vision that everyone is familiar with if Bettany had voiced the character. Marquand’s “chilling performance” helped make it obvious that this was, in fact, Ultron, she said.

“First of all, I love Ross Marquand. He’s the nicest guy. Last summer he was at my house drinking wine and my cat got out and me, him, and a few friends literally wandered the streets looking for my cat, so Ross Marquand always gets a thumbs up from me. We wanted Ultron to be as terrifying as possible, because he’s terrifying, and Paul Bettany is the loveliest man on earth. He is such a sweetheart. We felt that, if Paul Bettany using Vision’s voice voiced Ultron, it would be too much of a disconnect, because we’re asking the audience to believe that this is Ultron in Vision’s body and not Vision. So by having Ross step in and give an incredibly chilling performance helped us make that clear to the audience, especially people who aren’t as familiar with Age of Ultron, Vision, and that whole canon as we are.”

What If…?’s decision to recast Ultron,’ according to Andrews, simply seemed to make sense.  There would be no need for Bettany’s voice in Ultron. This would be so only if Jarvis A.I. didn’t make an appearance. Following this, the new antagonist could certainly choose to sound any way he wants.

“It just seemed to make sense. Because in Age of Ultron, they get some version of Jarvis A.I. into Vision so it makes sense that it’s that A.I. with that voice that comes out of that body. But the body can be whatever voice it wants because it’s this amazing thing of tech. So if a pure Ultron A.I. gets in there, there’s no reason why it would sound like Jarvis. It’s Ultron injecting himself into this shell, so it’s his personality. He could probably choose to sound any way he wants. What’s interesting is it makes for a brand new type of disconnect where people are seeing Vision’s face and they want to hear that voice that they love so much, but they get this evil voice coming out. It’s an extra layer of unsettledness and tension.”

What If…Ultron Had A New Voice? 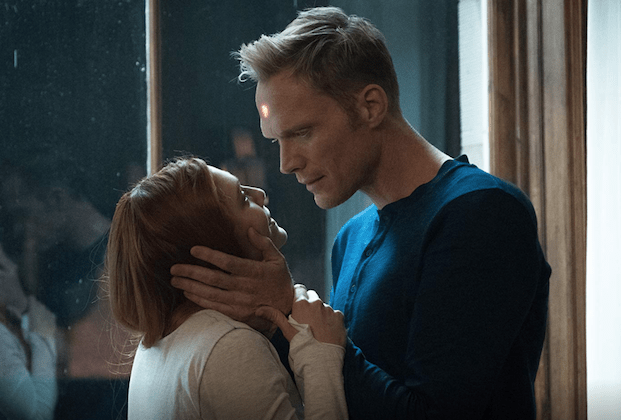 A lot of the buzz surrounding What If…? has been centered on which film actors will reprise their roles in the animated series.  Even though it seemed logical for Paul Bettany to reprise his role as Vision in What If…?, Andrews’ arguments are valid. Because of Bettany’s role as the voice of Tony Stark’s AI Jarvis, he was able to create the character of Vision.

The body of Vision was nothing more than a shell before the arrival of the Jarvis AI. Spader’s reappearance would have made more sense if he had played Ultron’s AI, which he did. Due to scheduling conflicts, it’s likely that Spader won’t be appearing in What If…? after all. As an alternative, having Marquand play Ultron in What If…? was a good choice. The actor had previously played a Marvel villain and was ready to play Red Skull om What If…?. Considering how different Ultron appeared in episode 8, it’s only fitting that he gets a new voice as well.