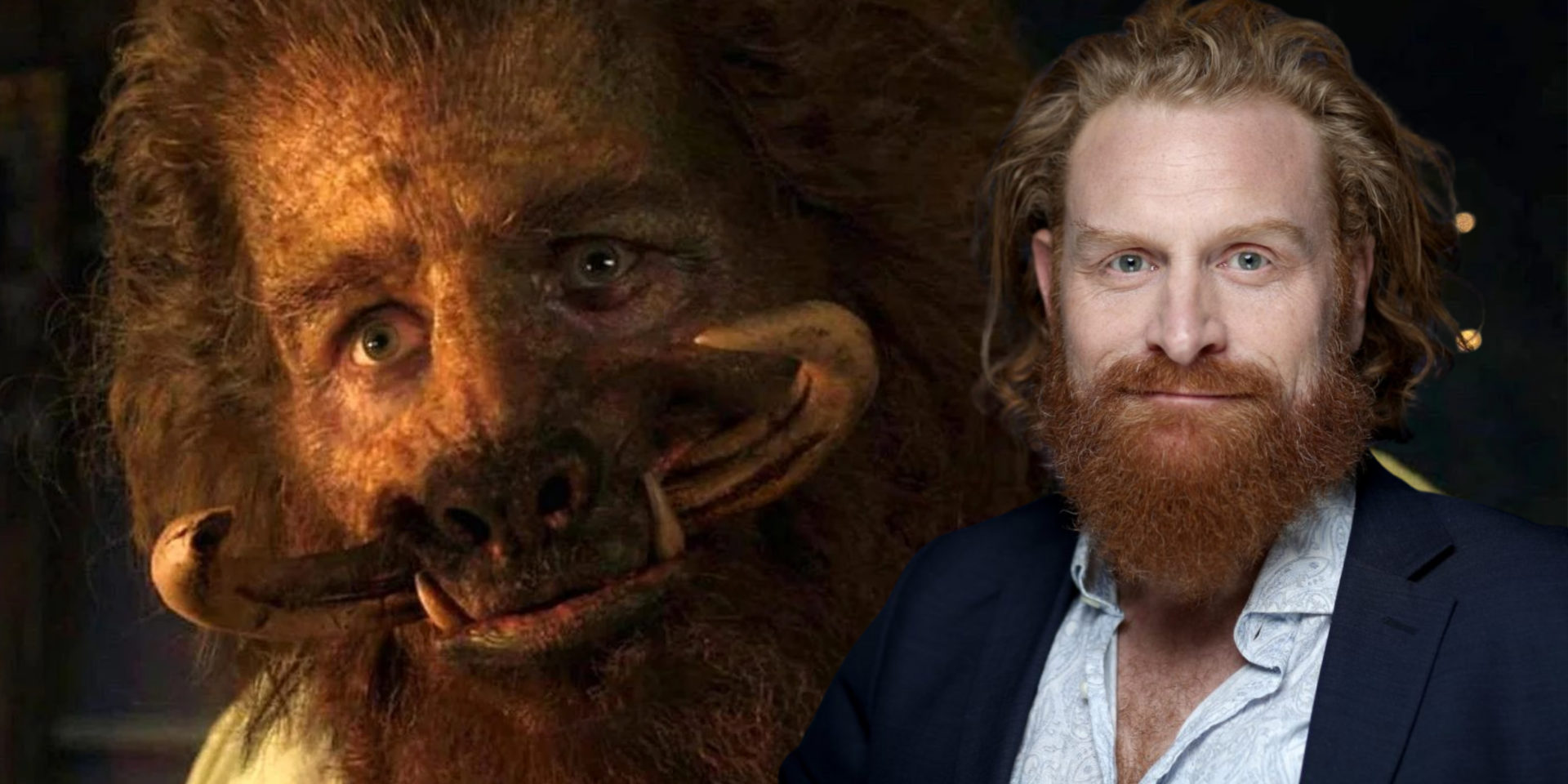 Netflix’s renowned fantasy drama series The Witcher’s Season 2 is roughly based on the stories from the first book. The show is its first English adaptation from a wide collection of novels and short stories written by Andrzej Sapkowski. The first book in the series was published in English in 2007 under the title The Last Wish, which includes the story of the beast-like creature Nivellen.

Moreover, the existing Witcher stories are more than just a basis for developing the narrative. If you look closely, there are some intricate details in the show that justify this incorporation aptly.

A Grain of Truth – Original Books Vs The Netflix Show

Take for instance this story in the collection titled, “A Grain of Truth”. In it, Geralt comes face to face with his old friend Nivellen. However, Nivellen turned into a beastly creature as a curse for raping a priestess. And now he lived alone in a castle, except for a monster. Apparently, the two are in love.

This deception in The Witcher Season 2 comes in the first episode itself, titled the same as the short story mentioned above. On their way to Kaer Morhen, Geralt and Ciri stumble upon an empty village alongside a manor, where they encounter Nivellen, who Geralt recognises from way back. Pondering on his cursed transformation, the two friends end up discussing how evil works and what essentially describes someone as a monster. Meanwhile, the story reveals how the manor is shared by Vereena, who is a predatory bruxa and Nivellen’s lover.

Nivellen in The Witcher Season 2

As the episode progresses, we realize that Vereena is preying on travellers passing the abandoned village in order to quench her thirst for blood. Geralt tries to kill the bruxa, and in the fight, Nivellen spikes Vereena. In her dying moments, Vereena admits that her love for Nivellen was true. And thus, Nivellen’s curse is lifted, and he turns back into his human form.

How Nivellen fleshes out Geralt’s code of moral conduct

The idea behind placing Nivellen’s character in The Witcher Season 2 was to use the narrative to portray Geralt and his ethics and principles when it comes to friendships. There are some alterations made to the source material. This includes Ciri being present with Geralt at the house. This way, it allowed Ciri to understand Geralt by showing a friend from the past, and turned their connection even stronger.

The episode is intricate when it comes to ethical decision making. But it serves as a necessary lesson for Ciri on her path to becoming a Witcher. And it is a learning that only becomes more heart-rending because of how it links with the ongoing Witcher saga.

As soon as Season 2 begins, the viewers are particularly made familiar with Geralt’s code of conduct when it comes to monsters and humankind. The encounter with Nivellen serves as a perfect example. At first, the beast-like creature admits that he was cursed for trashing a temple under the influence of mushrooms. Regardless of being kind and supposedly well mannered, it was his appearance that got society to shun him. Thus, Nivellen had no choice but to isolate himself to his manor.

Geralt in the fight with the bruxa

His story brings to light one of the show’s comprehensive agendas. That is it is not a monster’s face or looks that make them evil or hateful, but their actions and motivations. The chapter clearly focuses on the fact that within The Witcher Season 2, all the beasts that appear to be monsters are not so. Whereas, not all humans care what their face tell either.

The Story’s Placement In Season 2 Is Significant To Ciri

Apart from this, the fact that Ciri is joining Geralt in this scenario is also of high prominence. The story’s inclusion in The Witcher Season 2 allows Ciri and Geralt to connect over a story about Geralt helping Nivellen all those years back. It reveals a kinder side of the formidable Witcher. This makes him appear not-so-tough on the inside. 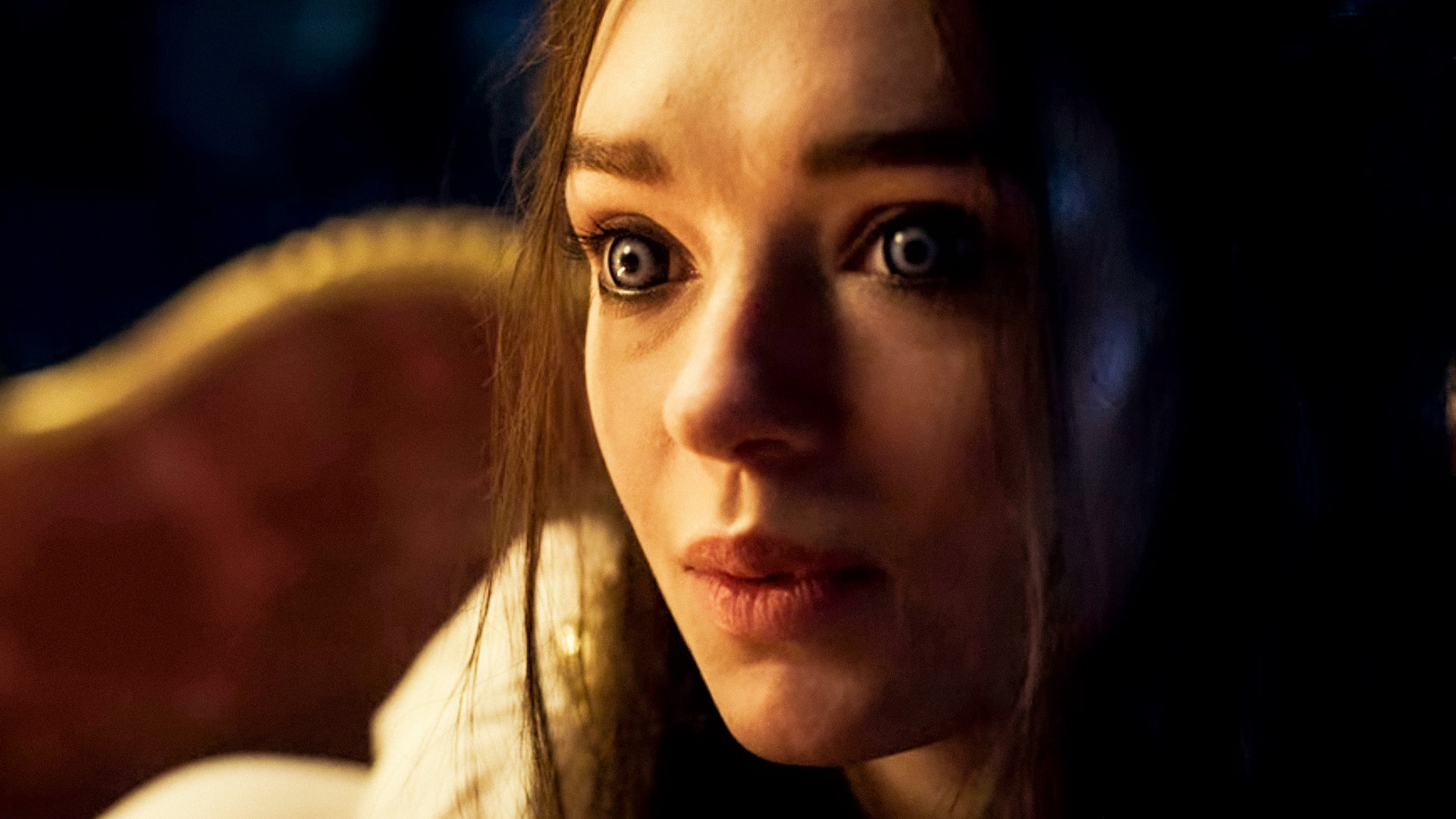 The bruxa Vereena in human form in The Witcher Season 2

Moreover, the way the episode ends serves as major learning for Ciri, as she aims to be powerful enough to be able to kill monsters herself one day. At the beginning of the episode, Vereena acquaints herself with Ciri. The bruxa appears in her human form and is nice to Ciri. But then Ciri realizes from her true monstrous form that she feeds mercilessly on innocent travelers. It goes without saying that Ciri is terrified.

Later, when Vereena dies, and Nivellen’s curse is lifted, he confesses that it was not just the temple that he trashed. He also raped the princess who cursed him. Thus shattering the illusion of a nice person created in Ciri’s mind.

The reason for this new character’s revelation of intentions is to make it clear that not everyone in The Witcher Season 2 comes with a face value. For Ciri, this encounter is extremely important to truly apprehend the nature of a monster. This lesson proves as a stronghold in her future journey. It makes her stronger and deepens her will to train to become a monster hunter herself.

It is true that in Sapkowski’s content, the story, “A Grain of Truth,” falls in the first book. However, it feels appropriate in placement when it comes to the Netflix iteration in Season 2. The inclusion enables the story to introduce a new season with a compelling character reveal. In addition, it also manages to focus on the show’s broader themes by telling a touching tale of time. The takeaways from it are significant. And will only prove useful to Ciri as well as other characters as The Witcher Continues to move forward.

The Witcher Season one and two are now available to stream exclusively on Netflix.