At the recently held GoT convention, House of the Dragon showrunner explained Daemon Targaryen’s motivation behind choking his wife

There is no dearth of controversial scenes in House of the Dragon. But the one scene that truly shocked fans was Daemon Targaryen choking Rhaenyra. This moment left the internet gasping in surprise. After this, there were multiple theories explaning Daemon’s actions. Now, at the recently held Game of Thrones convention, House of the Dragon showrunner, Ryan Condal, has finally explained the reason behind the Rogue Prince’s actions. 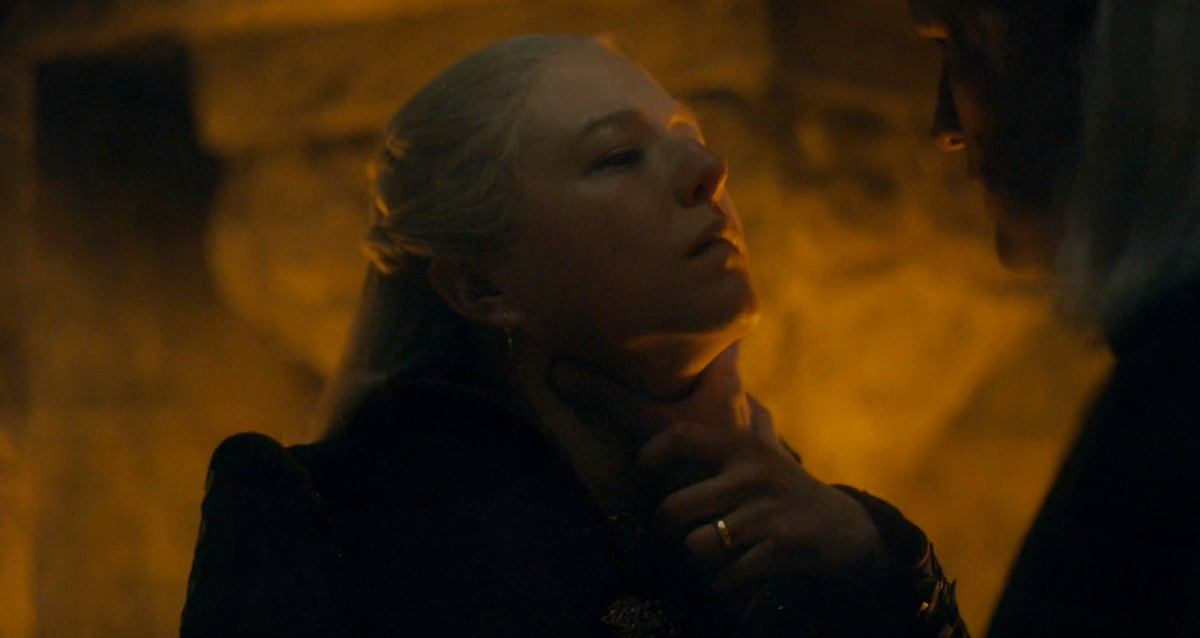 Daemon chokes Rhaenyra in House of the Dragon episode 10

At the GoT con, Ryan Condal, was asked about the Daemon choking Rhaenyra scene. The question was asked by someone who said that the moment felt almost-like a betrayal to audiences because he seemed to be building a good partnership with his wife.

“Daemon is a damaged individual who we have seen do pretty deplorable things and the reason that it maybe shocked a good portion of the audience because we want to root for Daemon and we want to think that he’s a hero and everything. But there is a darkness in him that he really struggles with and his core injury is the fact that Viserys passed him over.” 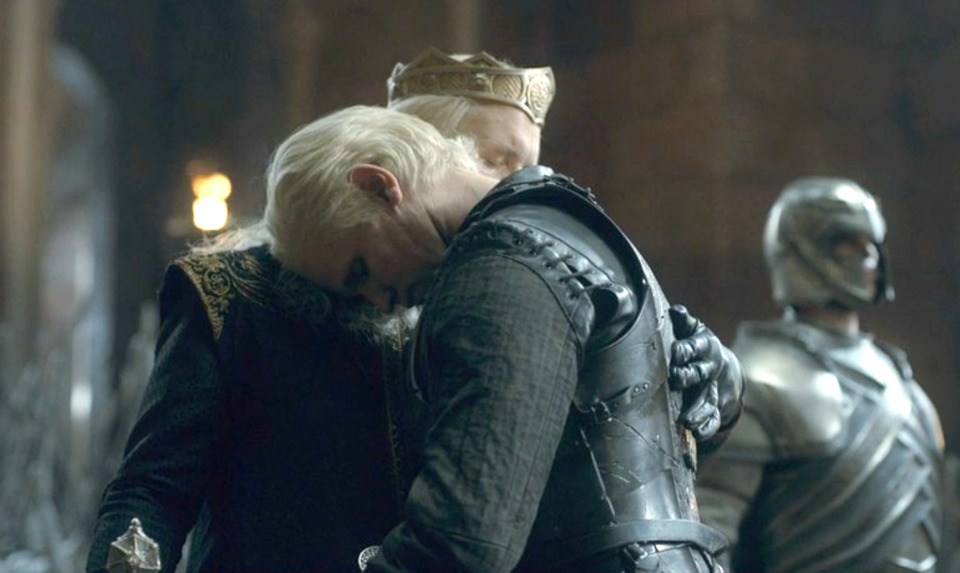 The showrunner further explained that Viserys never even thinking of Daemon Targaryen as his heir shattered him:

“Everybody thinks that Daemon wanted the crown and maybe he did. But really really deep down what he wanted was to be Viserys’s Hand. He wanted to help and protect him. So when Daemon learns that his brother is dead, he maybe thinks that his enemies, the Hightowers, helped him along; he learns that his wife’s birthright has been seized and stolen; it’s been an emotional day for him. And when Rhaenyra tells him about the prophecy that’s passed from King to heir, the fact that Viserys never told him, never named him Prince of Dragonstone, Daemon was never Visery’s heir in his mind and that just shatters him.”

Condal said that the scene of him choking his wife was because he was lashing out in only the way he knows. He said:

“It is an act of violence against Rhaenyra, but it’s also the lashing out of an wounded man. And it’s the only way he knows how to express it…he sees Rhaenyra as an extension of Viserys and since he can’t put his hands on Viserys, so she’s the next best thing.”

The Rogue Prince Pursued Rhaenyra Because He Loves His Brother 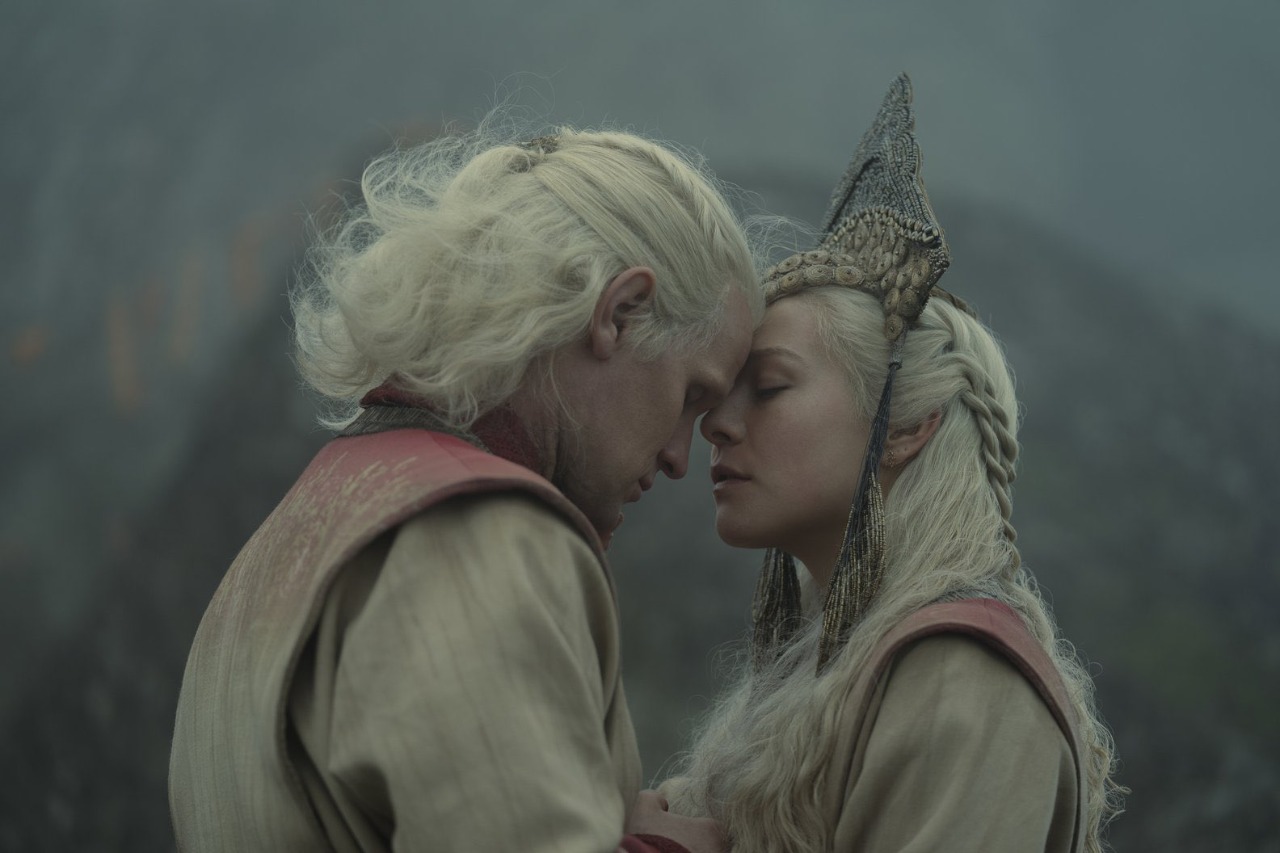 At the Got con, Ryan further said that one of the major reasons why Daemon pursues Rhaenyra is because he sees her as an extension of his brother. He said:

“And the way we’ve (the showrunners) always wrote Daemon and his complicated relationship with Rhaenyra was that he really does see Rhaenyra as an extension of his brother, and there is a part of Daemon that is in love with his brother. Not in a sexual sense, but in a ‘I want to have this part of me’… and that’s a large reason why he pursues Rhaenyra.”

Do you agree with Ryan Condal’s assessment? Let us know.

Stay tuned for more House of the Dragon news.