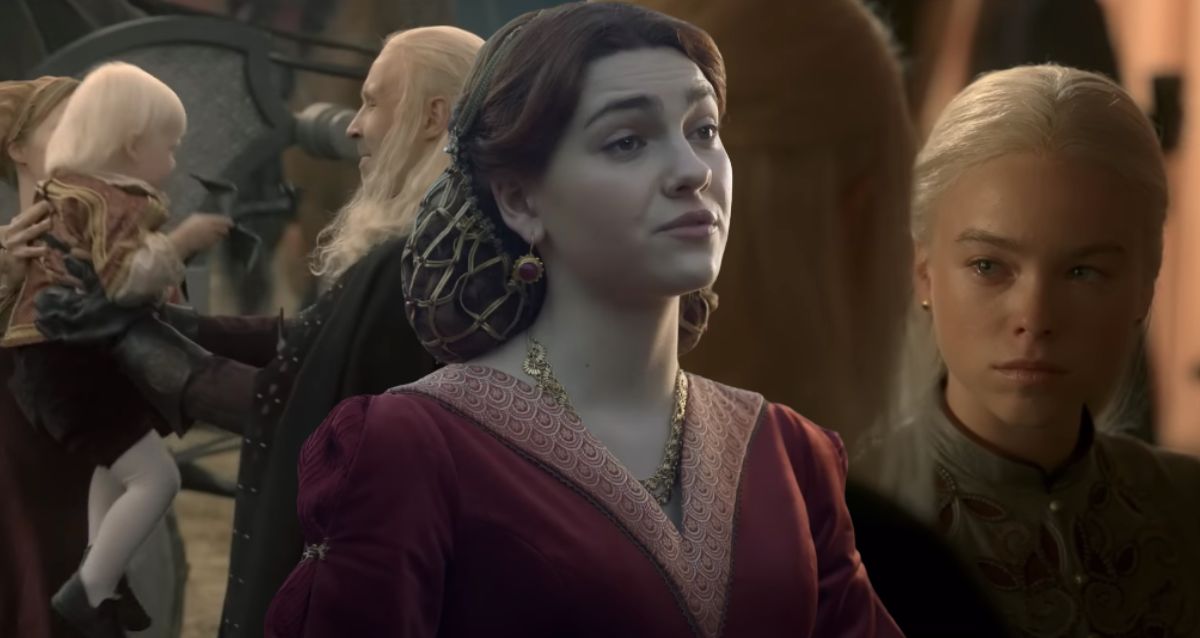 The trailer itself teased the name of Aegon Targaryen, for being the heir to Iron Throne. Hand of the King, Otto Hightower is somehow planning something big, and the trailer has an expression of his selfish thoughts in mind.

House of the Dragon Episode 3 trailer opened with Rhaenyra walking away from King Viserys. And there was a voiceover by Otto Hightower which said, “The road ahead is uncertain but the end is clear. Aegon will be the king.” He was telling this to his daughter, Alicent Hightower, which seemed like she is no longer a friend to Rhaenyra, but wants the throne for her son.

And that is how the story will slowly pick up the pace and tear down all emotions and smiles that people are exchanging in Westeros.

Cut to the next scene, Otto Hightower says that Aegon is the firstborn son of King Viserys and then we see the King playing with baby Aegon. King Viserys says to Rhaenyra that she will be with her own children sooner or later.

Cut to Rhaenyra screaming, “I do not wish to get married!”. And for the first time we saw Viserys yelling badly at Rhaenyra, and says, “Even I do not exist above tradition and duty, Rhaenyra.”. The conflict for the throne might have already begun in this time frame, which has resulted into such furious arguments.

In the next scene, we see Alicent Hightower talking in pride and arrogance. She says, “None of it needs to be this way, in truth.”

Probably she is telling this to Rhaenyra, because right in the next scene we see her walking away with a voiceover by her, “No one’s here for me!”

We then see Rhaenyra riding away on a horse to possibly getaway from all of this hassle. In the immediate next scene, we saw her off the horse and scared to something which was unclear from the trailer.

Scene cuts to the crab feeders! Daemon was convinced by Lord Corlys to fight the crab feeders and save his fleets. Corlys says, “The matter of step stones is regrettably urgent.” We then see Viserys with a spear, killing some creature or human.

With a probably guess, this is the scene where King might go into the forest to find Rhaenyra. And whatever she was scared of earlier in the trailer, Viserys killed it with the spear.

Cut back to the war scene where Daemon’s army is probably battling with the crab feeders. Corlys says, “We are losing!”. And then, we got the treat to our eyes by hearing the dragon’s wing flap and its roar. We then see the dragon burning everything to turn around the loss into victory.

The House of the Dragon logo flashes and the trailer ends with a dragon roar!

What Does The Trailer Hints About The Positioning Of The Show For Episode 3?

After watching the trailer, it seems like House of the Dragon episode 3 will be a time jump. We saw Viserys older, Alicent Hightower as much grown-up avatar, and Aegon as well.

Probably, writers want to skip a few parts to ensure that there is enough time for creators to show the real things that adds more interest to the storyline. This will be a good skip because too much of character building without setting up the main plot is going to kill the series.

Writers and creators can’t afford that to happen. With lots of important lessons from the final season of Game of Thrones, creators are aware of how disastrous the series can be , if they rush things without proper strategy and placement.