A lot happened in the House of The Dragon season 4. We see that Deamon has returned victorious from Stepstones, Princess Rhaenyra rejecting a hall full of suiters longing to court her, and King Viserys stripping Otto Hightower of whatever control the latter had on him.

We saw in the first episode that Viserys took Otto’s side when his own blood Daemon alleged that the man is a snake and he’ll betray you with the first chance he gets. Viserys called Otto a ” loyal and unwavering Hand.” 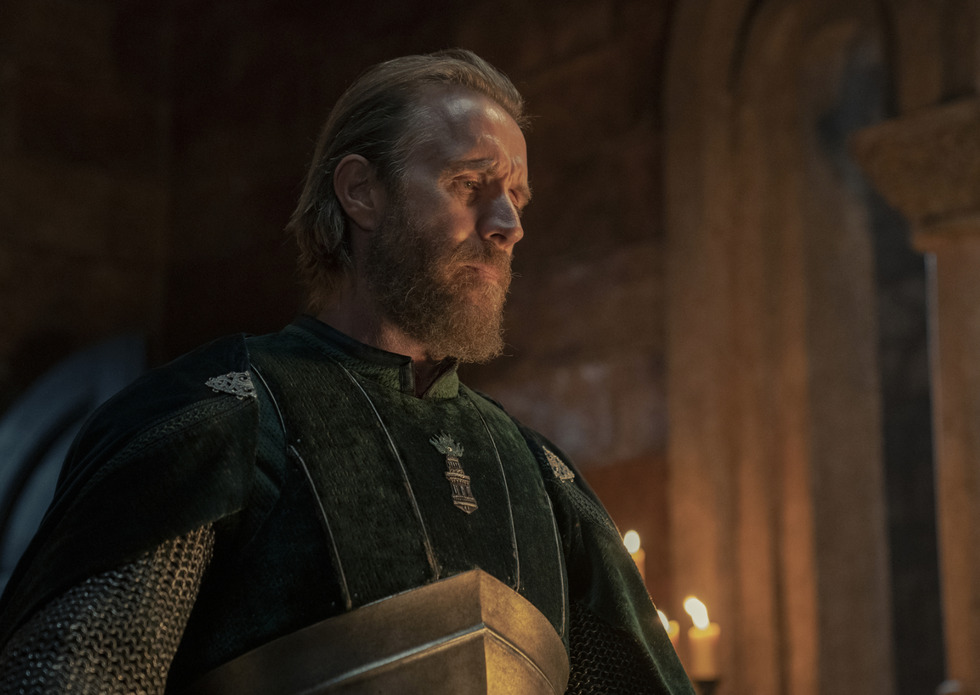 Otto Hightower in House of the Dragon

So what made Viserys so mad that he dismissed Otto from his position? Let’s find out.

Why Viserys Stripped Otto of His Power

Spies working for Otto Hightower learn about Daemon and Rhaenyra’s romance. Hightower tells Viserys, and Viserys blames his advisor for trying to discredit Rhaenyra in order to further his grandson’s candidacy for the crown. While this is going on, Rhaenyra tells Alicent a fib whenever she asks whether she had been with her uncle.

When the King and the Daughter finally trade eyes after knowing that Rhaenyra has sneeked out of her room last night dressed as a page boy, Viserys presents her with the knife that formerly belonged to Aegon the Conqueror. The lines on the blade read, “From my blood comes the prince that was promised, and he will be the song of ice and fire,” which Rhaenyra recited aloud. For Viserys, the truth was irrelevant; the only thing that mattered was how it was perceived.

Princess Rhaenyra and Daemon Targaryen embrace one another

He claims he placed an enormous burden on her shoulders when he told her about Aegon the Conqueror’s vision. As we have seen, Viserys perceived himself as a visionary and held great reverence for such predictions. Whereas Rhaenyra challenges the biased and unfair assumptions of others.

She explains to Viserys that if she were a guy, nobody would have ever challenged her behaviors. The problem was that Viserys wasn’t going to entertain his daughter’s rebellion this time. He explains that he intended her to marry Ser Laenor Velaryon, but he was not willing to stand her defiant behavior this time around.

Rhaenyra was appalled to learn that she was being exploited for political benefit once again. Her father’s goal was to merge the two most powerful kingdoms. While speaking to her father, Rhaenyra accuses Otto Hightower of being a selfish man who wants his blood to rule the seven kingdoms.

Otto Hightower and Alicent in Hose of the Dragon

Otto Gets a Demotion and Rhaenyra Get a Contraceptive Potion

For a long time, Viserys had ignored the unavoidable; nevertheless, in this instance, the news provided by Otto was more than just a hoax. Otto Hightower receives a call from Viserys, who reveals that he has deduced the man’s true motives. He said that he had planned to have the king wed his own daughter in order to take his mind off of his grief at the loss of his wife.

Viserys complies without argument, informing Otto that his goals “no longer correspond with the needs of the realm,” since he doesn’t want to upset his daughter. To prevent Rhaenyra’s activities from undermining the partnership Viserys had hoped she would join into, he demotes Otto Hightower from the post of Hand of the King and delivers his daughter a contraceptive potion. King Viserys I and Rhaenyra in House of the Dragon

Viserys was resolute. He was in no mood for taking chances. How these new factors affect the coming events will surely be interesting. While Viserys may have thought Laenor Velaryon was a great fit to wed his daughter since he is the son of his sister and a half-Targaryen (You know Targaryens like to keep it in the blood), he was oblivious to the fact that his amorous leanings ran counter to the standards of his society.