House of the Dragon episode 7 has just been aired. It is definitely one of the best episodes we have seen. The episode has everything right from family drama to action to even a faked death. We see some great characters return to the screen as well like Lord Corlys, Otto Hightower and Princess Rhaenys. The episode basically follows the events in Driftmark after the funeral of Lady Laena Velaryon. And as we expected Aemond claims Vhagar and in return gets his eye slashed by Lucerys, son of Rhaenyra. So here’s the good and bad of House of the Dragon episode 7.

The scenes of Aemond riding Vhagar

Aemond claims Vhagar in House of the Dragon episode 7

Just as its predecessor Game of Thrones, House of the Dragon too is lauded for its brilliant cinematography and VFX shots of dragons flying in the vast skies. Fortunately, Episode 7 was no different. The shot of Vhagar opening her eye which was included in the preview as well was absolutely spine-chilling. Additionally, there was the scene of Vhagar and Aemond flying across the moonlit sky which was breathtakingly beautiful.

Olivia Cooke and the others were absolutely brilliant

Both Olivia Cooke and Emma D’arcy have done a brilliant job stepping into the shoes of Alicent and Rhaenyra. However, this episode of House of the Dragon specifically saw Olivia Cooke shine through. Her emotions, her voice breaking and the way she attacked Rhaenyra and her sons was some very powerful and raw acting. Even Eve Best was amazing as Princess Rhaenys who was mourning the death of her daughter and later that of her son. Lastly, Paddy Considine gave a chilling performance as King Viserys. 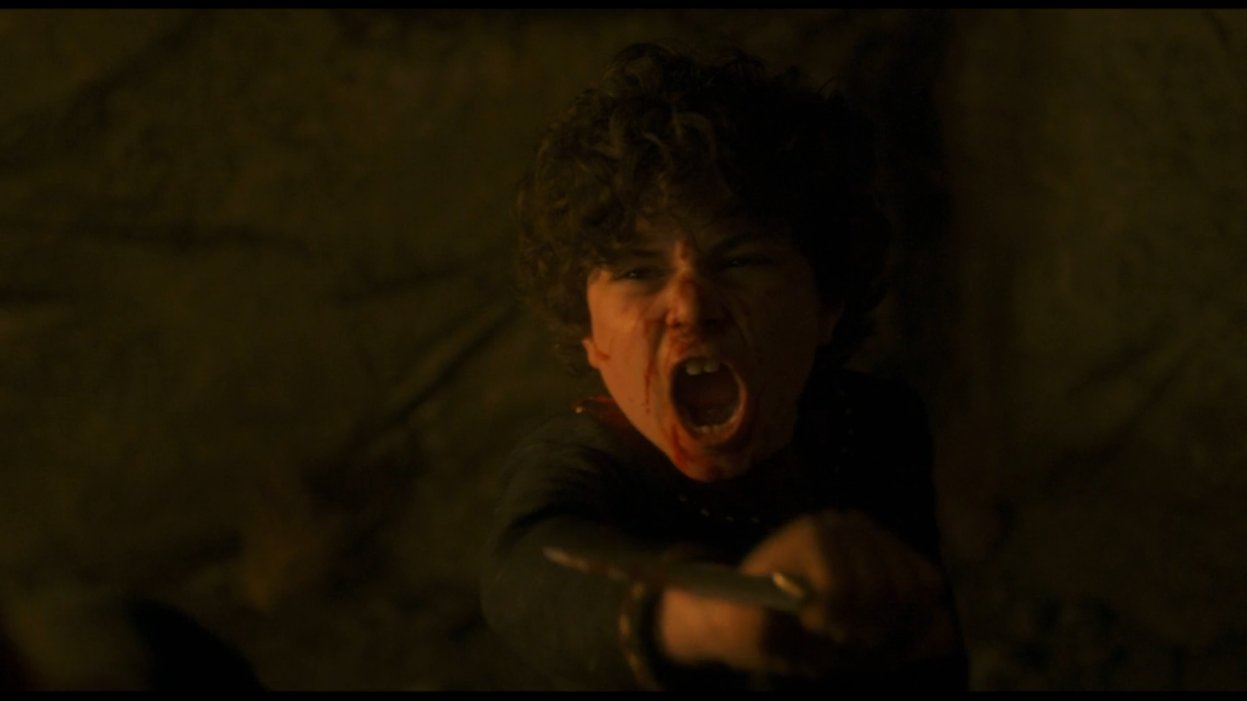 House of the Dragon episode 7 had every form of action you could expect without venturing the territory of unnecessary gratuitous violence. It was filled with family drama and the age old vendetta between Alicent and Rhaenyra passing on to their children. The episode sees Aemond slowly turn into the viscous man he is destined to become. The infighting between the children crescendos. Additionally, in the wake of mourning Lady Laena, the Velaryons lose another child to fire nonetheless. Later on, we even see that Laenor actually faked his death and escaped with his paramour. Episode 7 is the height of storytelling and was genuinely glorious.

The show is definitely moving on a path where Rhaenyra is painted as good while Alicent is evil. This is quite contrary to the books where both characters seem morally grey. However in this House of the Dragon episode Alicent almost attacks a child, cuts Rhaenyra’s hand and shows that she is capable of a lot more depravity. On the other hand, Rhaenyra refused to kill Laenor and simply offered him his freedom. It would have been really great to see Rhaenyra embrace a more immoral side of hers. House of the Dragon episode 7 really does not give much else to complain about. Everything from acting to dialogue to pacing was perfectly on point. We cannot wait enough for the next episode to come!