The Blade movie has been announced by the MCU and it will be the seventh movie in Marvel’s phase 5. The film will eventually release on November 3, 2023. We have previously seen a Blade franchise however this one will be different. Firstly, the actor who will be playing Eric Brooks is none other than Oscar winning actor Mahershala Ali. The movie will also most likely look very different because it won’t exactly have the R-rated bloody fight sequences. The most interesting thing about Blade being in the MCU is that he may have a weird connection with Captain America.

Blade and his origin story in the comics

How the Blade movie will play out entirely depends on his origin story in the MCU. Here’s his origin story from the comics. Eric Brooks was born in London to his mother Tara. Deacon Frost, the physician who was helping Tara deliver her baby was actually a vampire. He bit her while she was giving birth and that led to some enzymes getting transfused into the unborn baby’s bloodstream. He lost his mother and was raised as an orphan. Eric was trained by Jamal Afari to become a brilliant combatant and an excellent fighter. And that’s how he became the Blade we have come to know today. Eventually he was also given superhuman abilities by Morbius the Living Vampire when he bit Blade. However, there is another timeline where Blade could have been connected to Captain America.

Blade as a part of Secret Invaders

In a different Marvel timeline, from the comic The Avengers#57 by Jason Aaron and Javier Garrón, Erik Brooks had a different storyline. The storyline in this comic follows the Avengers as they are lost in time. Meanwhile, Mephisto was continuing to cause trouble for the superheroes. He even had Blade as one of his targets. The only heroes who could help out the Avengers and save them from Mephisto were Sgt. Szardos, Soldier Supreme of World War II and Blade. Here he was a part of a group known as Secret Invaders. It was during the year 1943 and the Secret Invaders including Soldier Supreme who was a Sorcerer Supreme variant, Man-Thing, Ghost Rider and Blade were fighting in World War II against the Nazis. This would mean that there is a tiny chance that Blade was somehow connected to Captain America. In fact, he could have also fought alongside Cap in the war. This means that Blade’s introduction to the MCU could involve some Captain America references and memories.

Blade in the MCU 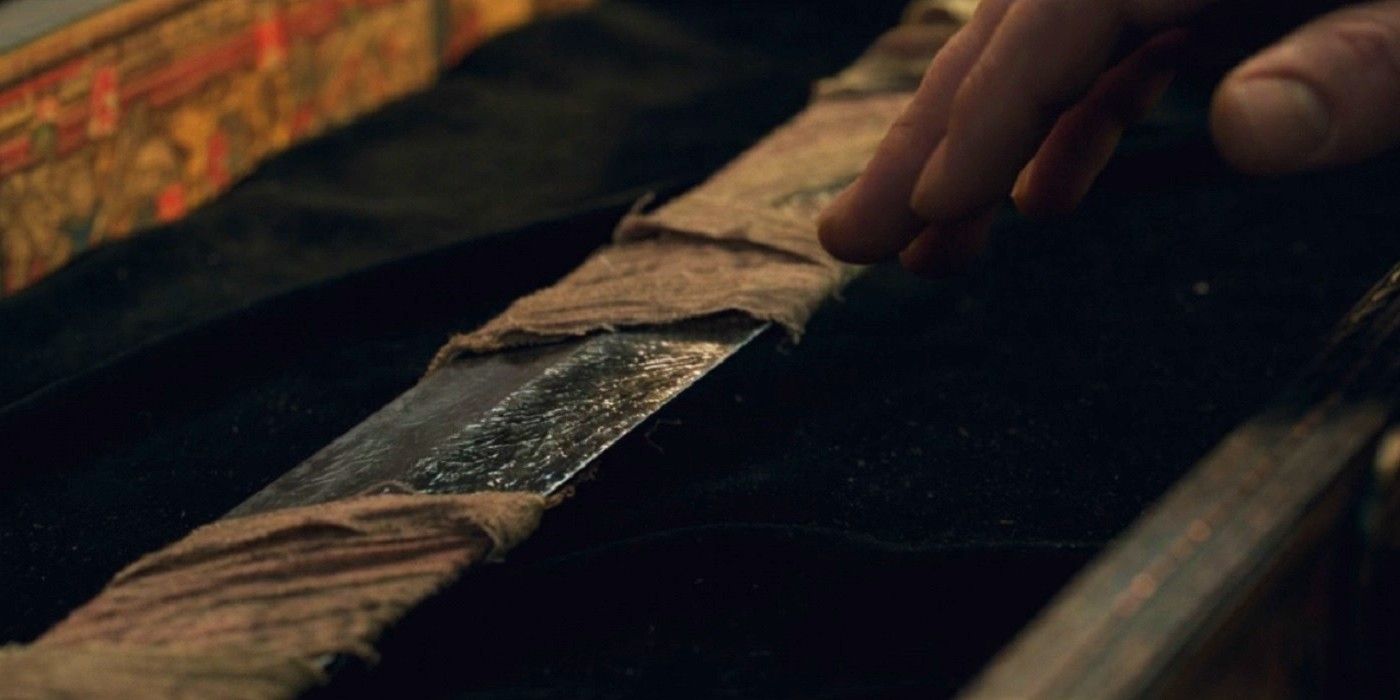 Through the post-credit scene of Eternals, he has already been introduced to the MCU. During the scene, Kit Harrington’s Dane Whitman or rather Black Knight almost wielded the Ebony Blade which was a supposed heirloom of his family. It came within a mysterious box which was etched with his family crest. However, he was stopped by a strange voice who said “Sure you’re ready for that, Mr Whitman?” This voice was later revealed to be that of Mahershala Ali who has been announced to be portraying Blade in the upcoming movie. The supernatural side of the MCU

His character has not been mentioned in the MCU much before. However, it could just be that he has been keeping a low profile. After all, his fight was against vampires. And that has been a world not tapped into by the MCU yet. They have only recently began experimenting with the more supernatural heroes. Those heroes include Moon Knight, the upcoming Werewolf by Night and even Ghostrider. That explains why none of the other heroes seem to know about him.

Another interesting rumor is that both Wesley Snipes and Mahershala Ali will be returning to the MCU during Avengers: Secret Wars. In the comics, Blade was a part of Secret Wars. And so was Captain America who was a part of the Avengers. Some reports have been claiming that Chris Evans and even Robert Downey Jr. will be returning to the MCU for Avengers: Secret Wars. This would give Marvel another opportunity to explore the dynamic between Captain America and Blade while also exchanging their war stories.