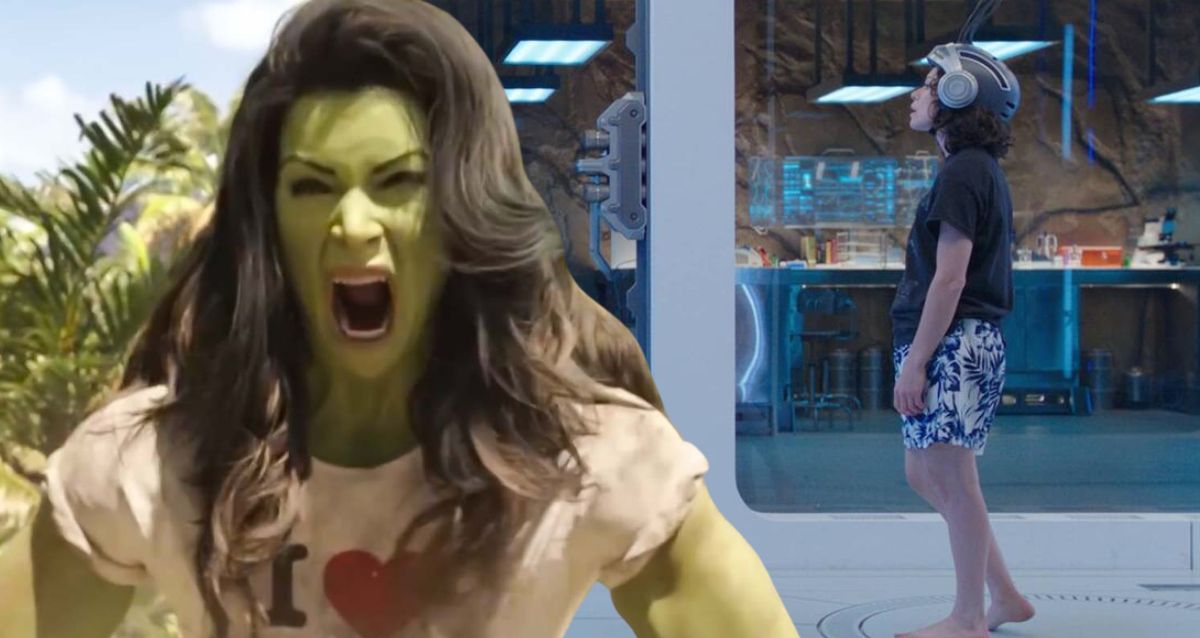 The first episode of She-Hulk: Attorney at law starring Tatiana Maslany has been released on Disney+. Fans sure have a lot to say about it. Some loved it while others were disappointed. But I can tell you this much for sure, we now know how to Hulk. The first episode explored Jen’s backstory and how she became the Hulk. It focused on her cousin, Bruce aka the Hulk or rather the Smart Hulk teaching her how to control her transformations and just be all big and green in general. All of this takes place in a nice little place doubling as a lab near some beach in Mexico. Tony Stark had built it for Bruce to lay low at. Now we’re going to give you a 15-step guide based on all that Hulk taught Jen Walters.

Buckle up guys, we’re going to teach how to Hulk. Let’s smash some puny gods!

1. Go on a road trip with Bruce and fuse with his blood

Yes, you read it right. The first step to becoming a hulk is going on a road trip with your cousin. Just so you know, your cousin needs to have gamma radiation stabilizing genes. Next, you need to somehow get his blood into your system. Crashing into a Sakaaran class 8 courier craft works perfectly! Then you’re good to go.

You need to hope that your cousin Hulk has a big fat red binder with information he’s gathered for the last 15 years. That’s your syllabus now.

The point is not to prevent you from turning into a Hulk. As smart Hulk says, you need to understand exactly what level of stressful emotions trigger your transformation.
Just a warning – No Pixar movies allowed.

4. Put your life in Danger 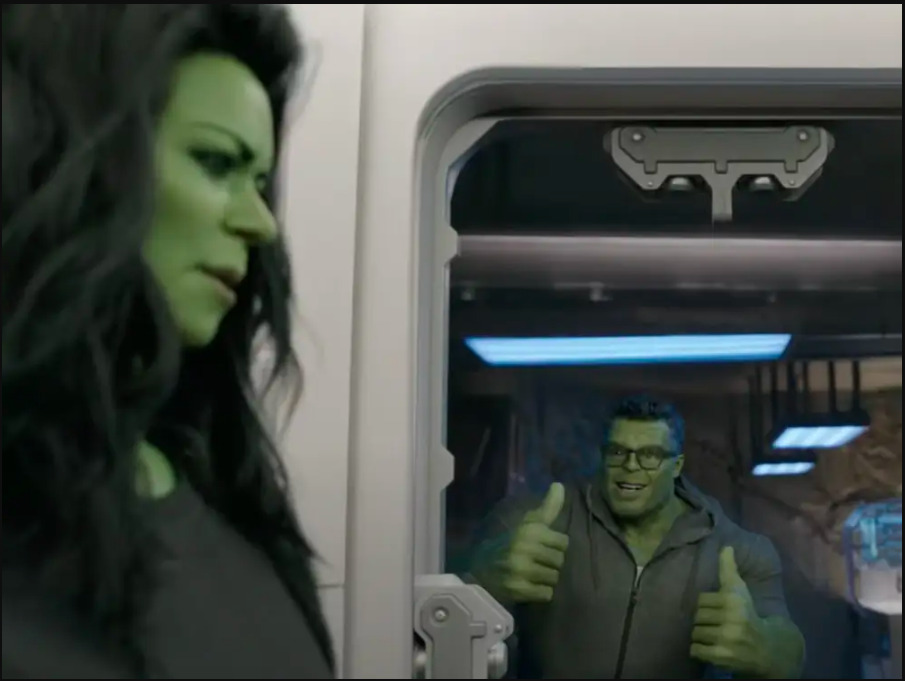 Yeah. You need to get stuck inside a glass cage with one of the walls compressing you. Oh and did I mention that the wall needs to have sharp rotating blades?
Next you need to transform and stop the blade carrying wall. It was pretty simple for She-Hulk

5. Calm your alter ego down

You need to calm your alter ego down. Don’t worry, your cousin Hulk will sing you lullabies.
Although if you’re like Jen Walters you probably won’t need any of that. Turns out she has no alter ego and is completely conscious during her transformations. Bruce’s binder didn’t help much after all!

6. Turn back into your self

This step is a little tough. You need to either get knocked out or fall from the sky. You could also get someone to tell you that the sun’s getting real low and see if that works. Sometimes you may just remain a green for a long long time. For Jen Walters, sleeping turned her right back into her normal self. Sit through an emotionally motivated speech about consequences from a Hulk. This is the start of your training. Smart Hulk will tell you about the dangers of power and the possibility of causing death and destruction. He’ll tell you what it is like to be labelled a monster. This will make you take the whole Hulk thing much more seriously even if its as begrudgingly as Jen. Now you’re ready for the real deal.

8. Yoga every day will keep the Hulk away 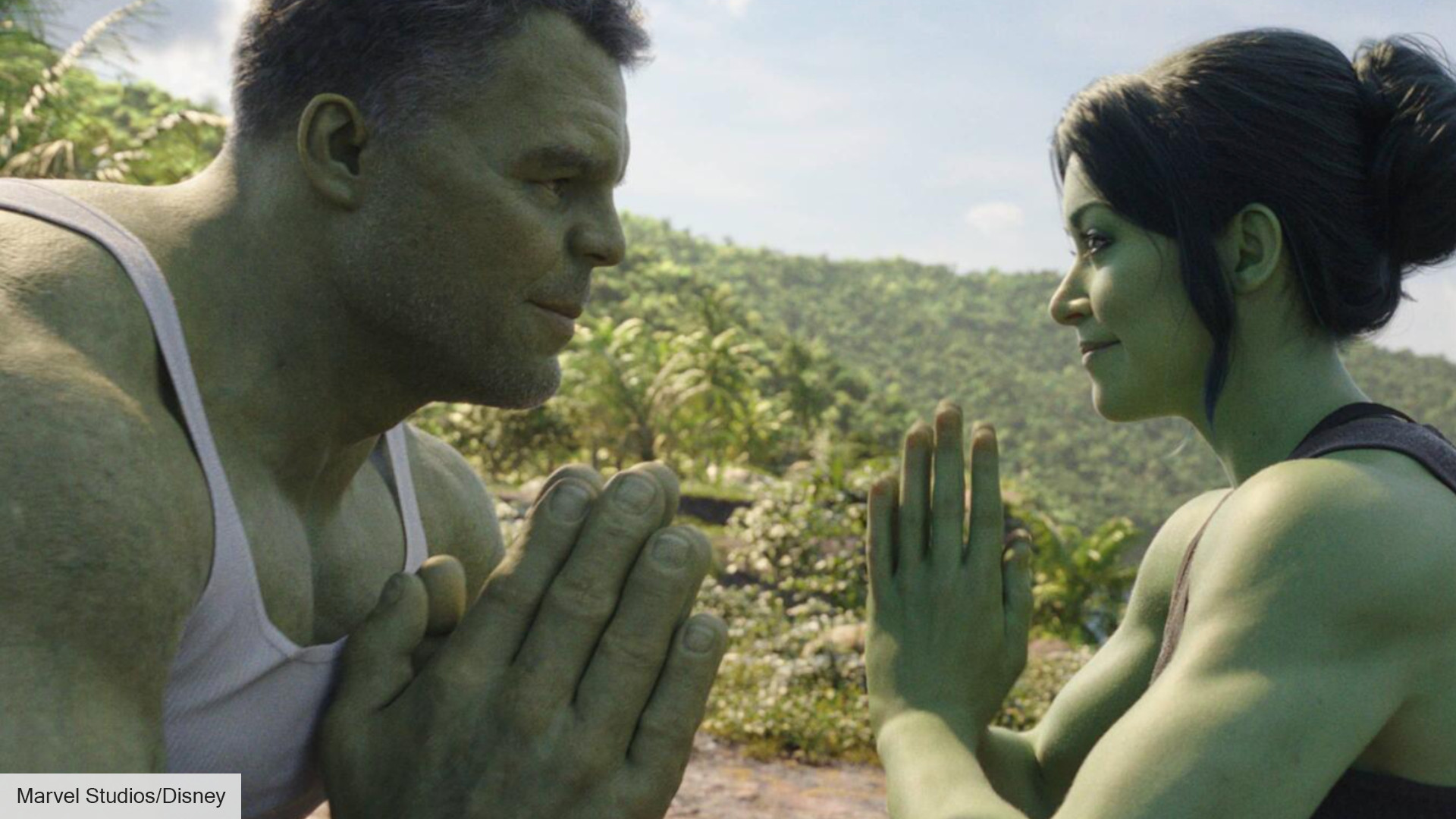 You need to practice some DBT – dialectical behavioral therapy near a beach in Mexico. Breath in and breathe out. Do some yoga and mindfulness. Then let your restlessness get to you and do make a bunch of jokes. Try and develop that Jen Walters sense of humor. Oh also remember to hold in your farts! 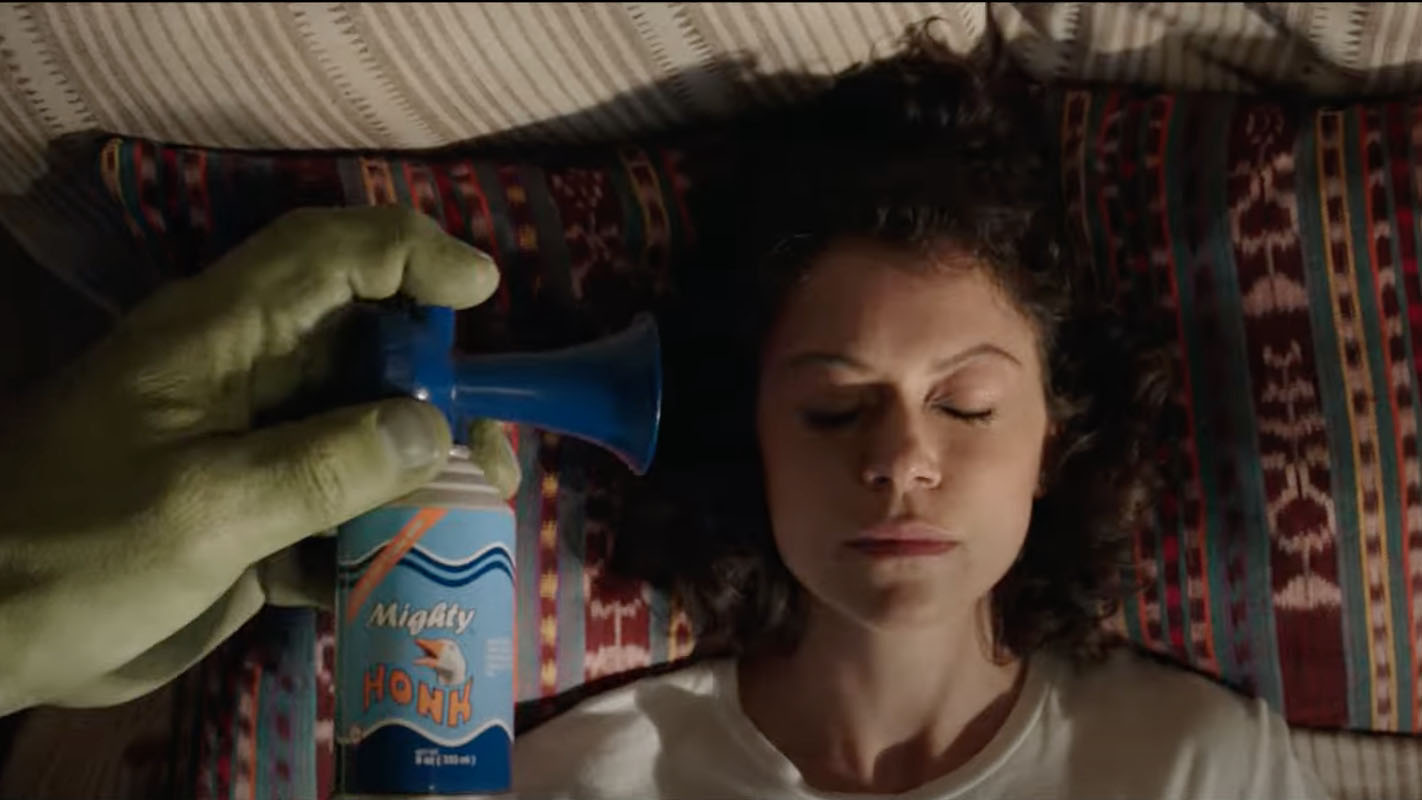 She-Hulk is woken up by an air horn

Get woken up by an air horn and turn into the Hulk thus breaking your tiny human bed. Don’t worry, it’s just for laughs and also a bunch of memes

You need to start building bigger furniture right away and strengthen them too. Here’s a Smart Hulk tip for you – don’t ever think of moving to a place with less than ten-foot ceilings.

You need to have two separate wardrobes one for your puny human self and another for the big guy or girl. Like the Hulk says, be bestfriends with your spandex. Never leave your house without them unless you want to end up butt naked when you turn. Hulk wears it too.

12. Upstage the Hulk at throwing stuff 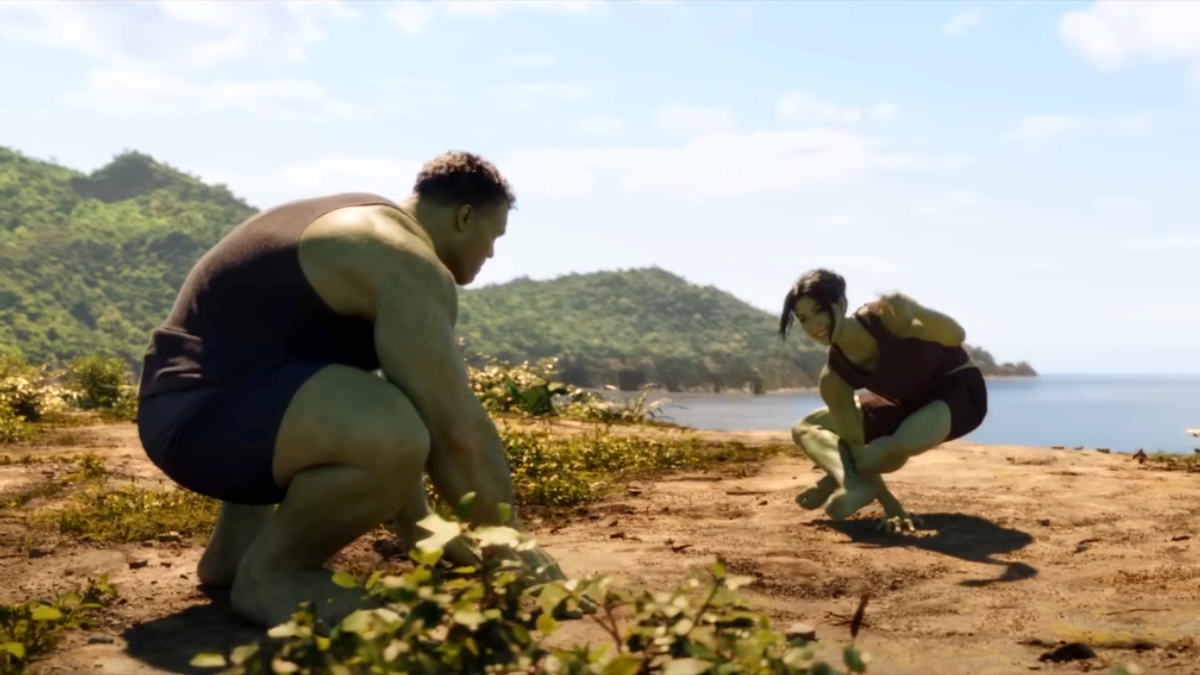 Try the boulder toss. Pick up the biggest boulder you can find and toss it. Remember to outdo the Hulk and be super smug about it.
Next, leap from one hill to another like it’s nothing. You also need to learn to balance your body. Do a bunch of handstands and complex stunts to show the Hulk how it’s done.
Now it’s time for ground pound! Literally just pound into the ground with your fist. Pound so hard that you drop a few trees here and there. You probably aren’t as strong as She-Hulk but still try.

Get dropped by the Hulk from the cliff for showing off too much. Also get called a little punk. All you need to do now is show him the middle finger. Drink to your heart’s content at Bruce’s personal bar with him as your bartender. Since you’re the Hulk and have a crazy fast metabolism, no amount of alcohol can truly get you drink. Quoting smart Hulk “All buzz, no barf.” But you do have to deal with a massive hungover because turns out even She-Hulk couldn’t escape it. 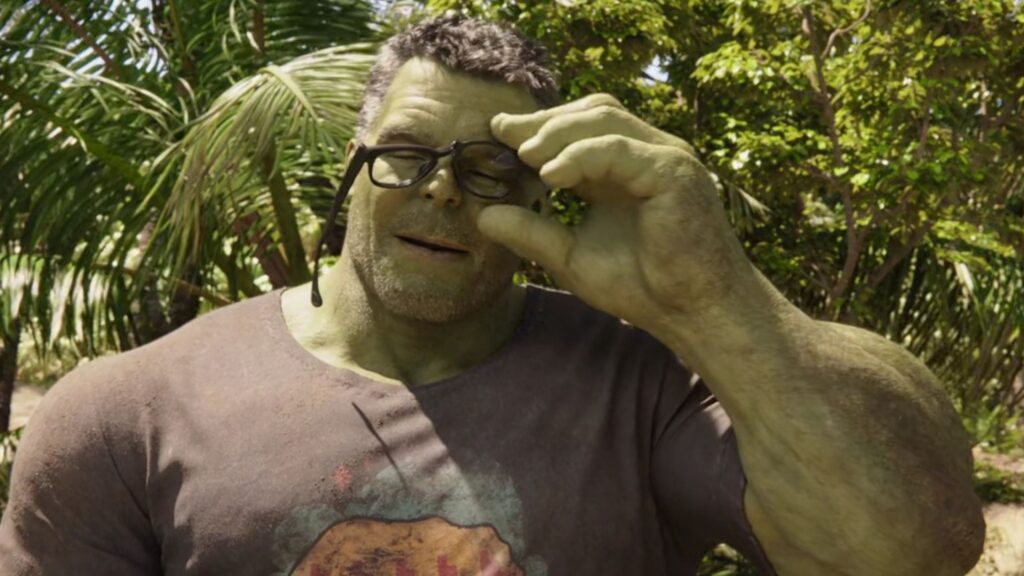 Now it’s time to put all your training to use. Fight the big guy who has more than a decade’s worth of experiences and somehow do really well against him. Also, clap the air to somehow make it into a sonic air punch of sorts. Throw some surf board at him and break his glasses. Then land on his handmade bar and pretty much destroy it. You’re officially a hulk now!

You’re now ready to go into court to deliver your closing argument, hulk out and fight a villain who’s abruptly broken into the courtroom and continue as an attorney like nothing happened at all. If you’re Jen Walters you do not need a guide at all. She’s an absolute natural and has the whole She-Hulk thing figured out. Nonetheless, if you want more tips come back next week!