Is The Leader After She-Hulk’s Blood? Episode 6 Ending Explained

She-Hulk: Attorney at Law has only been exploring minor villains and story arcs that end within one episode. However they have been teasing something much larger. In episode 3 we got to see the Wrecking Crew attack Jennifer in order to get her blood. Naturally, they failed as they were unable to pierce through her Hulk skin. They then reported to their boss. Ever since there have been many speculations regarding who the evil mastermind could be. Some have even thrown around the names of Kingpin, Baron Zemo and Thunderbolt Ross. However, we have a new theory after the ending scene of She-Hulk episode 6. The mastermind could be Dr. Samuel Sterns aka The Leader. 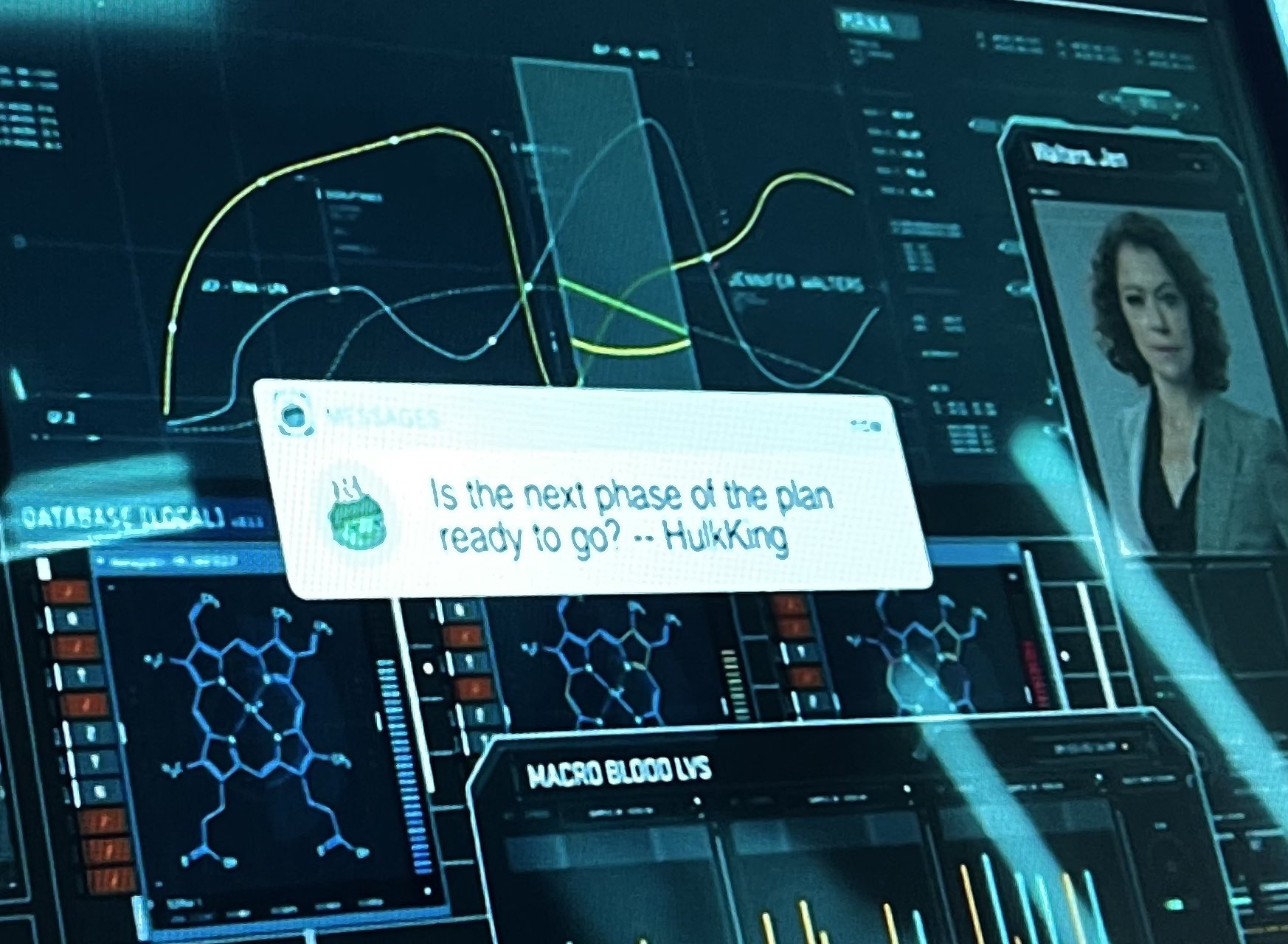 An anonymous mastermind tracking the vitals of She-Hulk

The ending scene shows a technologically advanced lab and a person working in it. Turns out they are keeping a very close eye on Jen and are somehow getting live footage of her from the wedding. In the meanwhile, they are checking her vitals, and her blood and are trying to map her DNA. Then a message pops up from the guy called HulkKing who was seen posting messages on the Intelligencia website. He was asking when the next phase of their plan was ready to go. 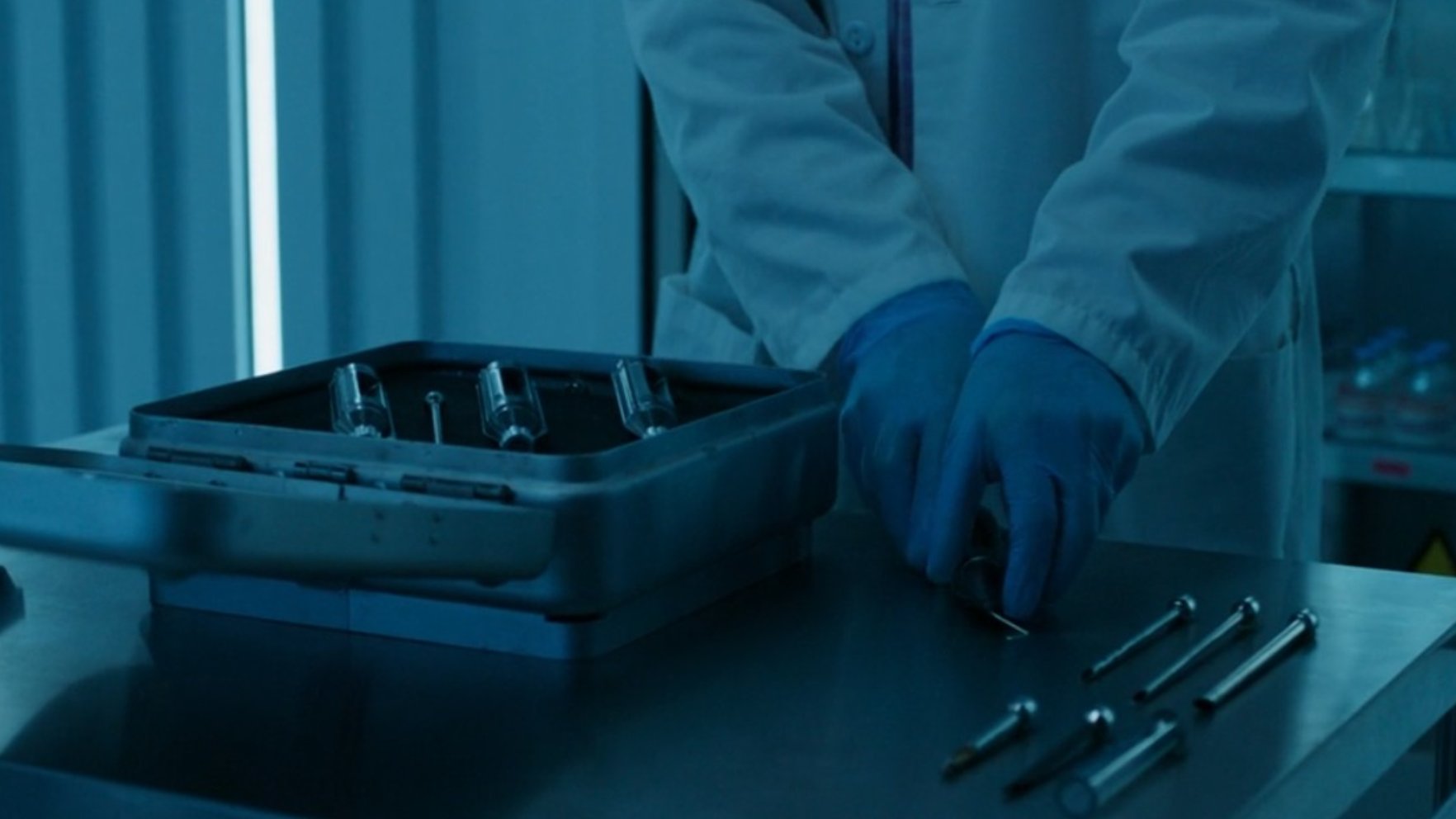 Then the screen zooms out and we see another lab technician put together an injection of sorts with a vial attached to it and place it inside a box with a hazardous sign on it. This device will most likely be used by the Wrecking Crew once again to try and pierce through She-Hulk’s skin and extract her blood. So who could the true mastermind be behind all of this? Well we have two theories to present to you.

Is The Leader the mastermind behind the Wrecking Crew?

Samuel Sterns as The Leader

Remember Dr. Samuel Sterns from The Incredible Hulk? Well, after the drops of blood from Hulk’s veins fell on top of his head, he made his transition into The Leader, a very well known and formidable villain from the Marvel comics. However, this transformation happened off screen and The Leader has not been seen in the MCU ever since. But we have good news as the Leader will be the main antagonist of Captain America: New World Order. In fact, he could be setting up a much larger storyline through the She-Hulk conspiracies.

When Samuel Sterns became the Leader, the Gamma irradiated blood gave him ultimate intelligence instead of strength. Now it would not come as a shock to fans if the Leader is after She-Hulk’s DNA. In fact, Samuel Sterns did most of his research and experimentation using Banner’s blood to try and help him find a cure. Now that he’s a villain he could be trying to weaponize She-Hulk’s blood and create others like him, an army of sorts. Another thing to note is that the Leader could be using his online Mr. Blue alias to contact the HulkKing.

Some fans have been claiming that the lab techs teased in the ending of episode 6 could not have been the Leader because their hands did not look green in color. However, those people could just be a part of the Leader’s machinations, mere pawns in his endgame. The Leader could still be the actual mastermind behind all of this, and these guys simply report to him just like the Wrecking Crew did.

Todd Phelps could be trying to get She-Hulk’s DNA

Another theory claims that it is actually Todd Phelps who is after She-Hulk’s DNA. He is the same guy who went on a date with She-Hulk from Matcher and was nothing more than a fan boy. As it turns out he could be the mastermind after all. Even during the date, he obsessed over her powers and wanted to know more about them. Todd is also a client of GLK and H and is represented by Mallory Book. It could make sense that he hired the Wrecking Crew and could finance a tech-savvy lab considering that he is a billionaire. Let us also not forget that he called She-Hulk a specimen. Maybe that was a clue to his plans. Only time will tell!