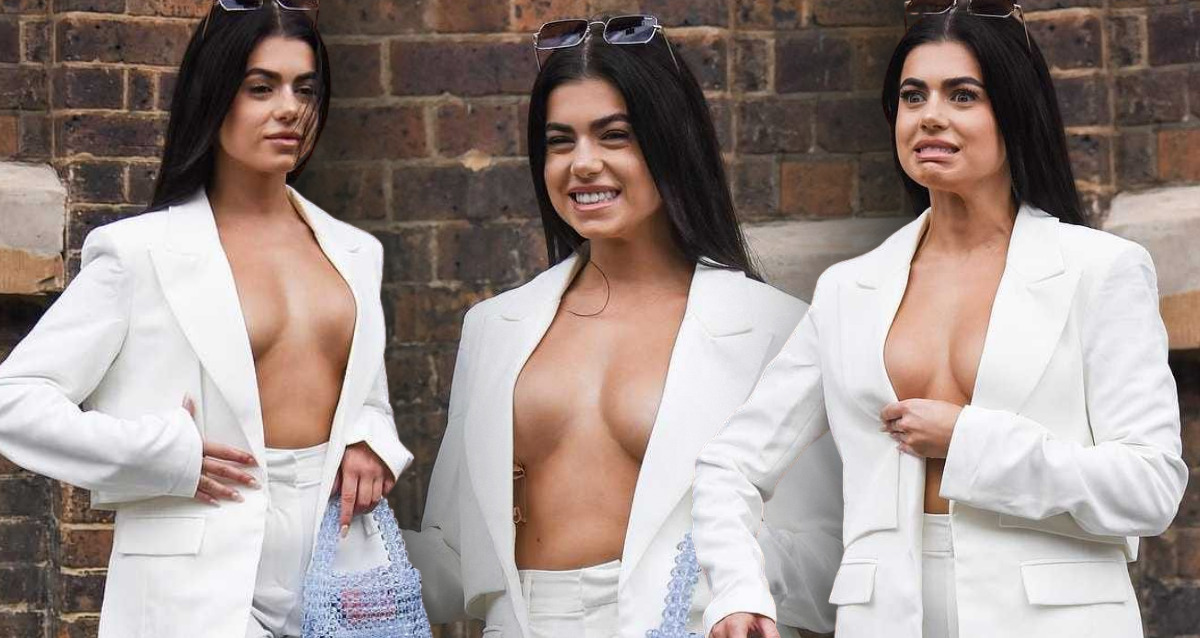 The 24 year-old model and influencer fell into the handa of a small wardrobe malfunction as she posed for photos before a runway show at Carriageworks in Sydney.

Jess Velkovski, who was joined by fellow Love Island alum Tina Provis, revealed almost all her essentials out of her white blazer after making the brave decision to go braless. 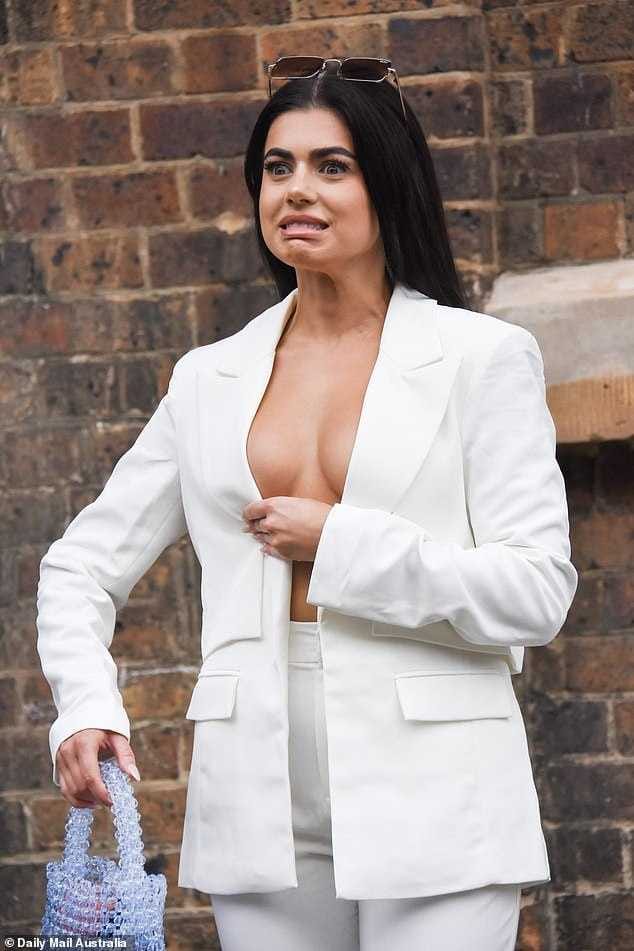 However, the sensational brunette beauty was an absolute sport about the fashion blunder as she paid no attention to it. Except for simply adjusting her Booby Tape and striking more poses for a series of snaps.

Regardless of the jaw-dropping display, Jess Velkovski was utterly gorgeous in her chic and elegant oversized blazer. She paired the classy look with matching pants.

As for finishing off the outfit, Jess sported a pair of blue boots and carried a quirky handbag. 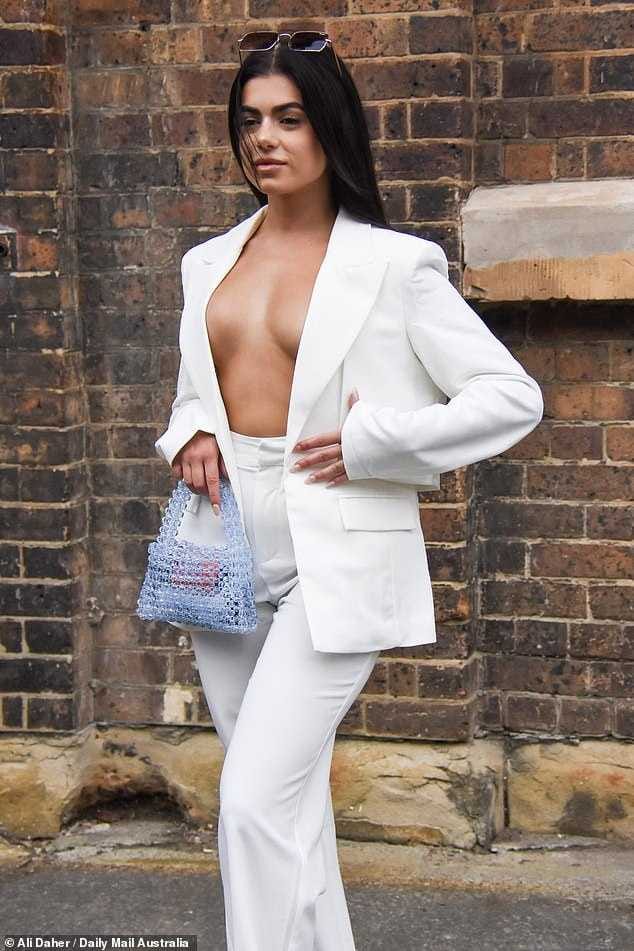 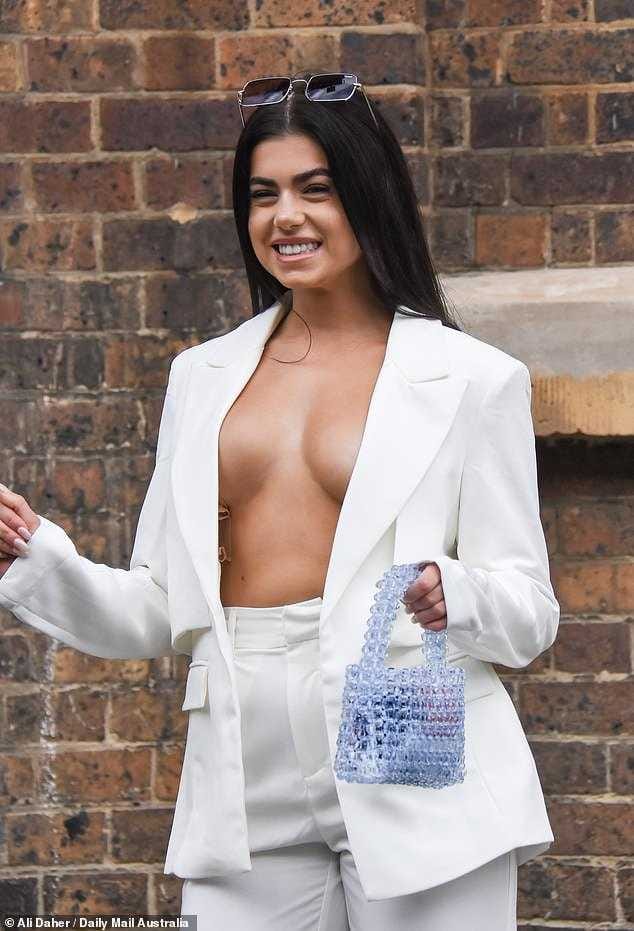 Jess Attended The Event With Tina

Later in the event, Jess Velkovski and Tina Provis were spotted sitting together in the front row for the catwalk showcase. In the seat next to theirs was yet another Love Island star, Taku Chimwaza.

26 year-old Tina Provis was the proud winner of last year’s season of the Channel Nine dating show. For the event, Tina looked fabulously chic in a blue jumpsuit. 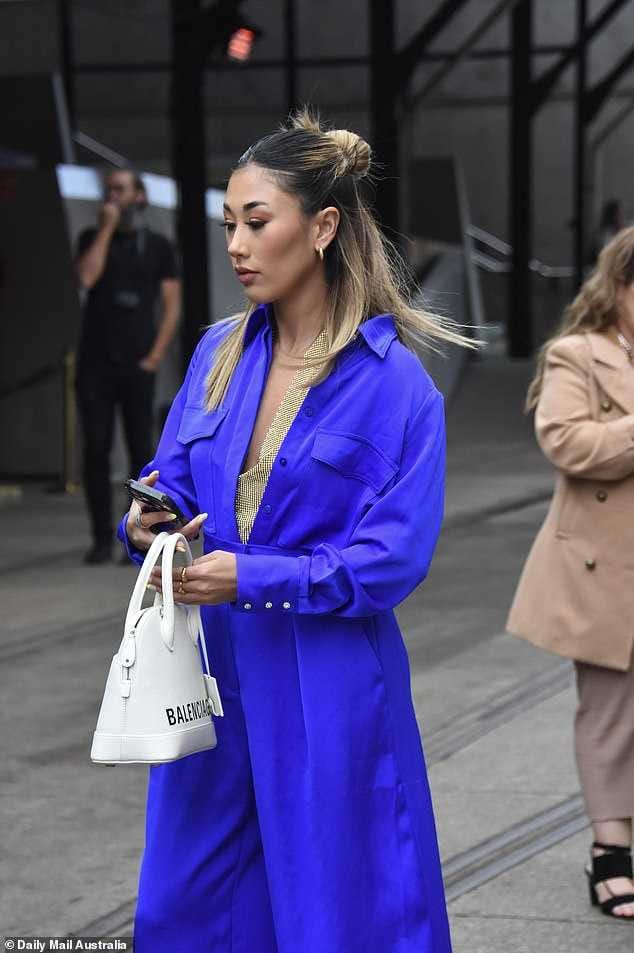 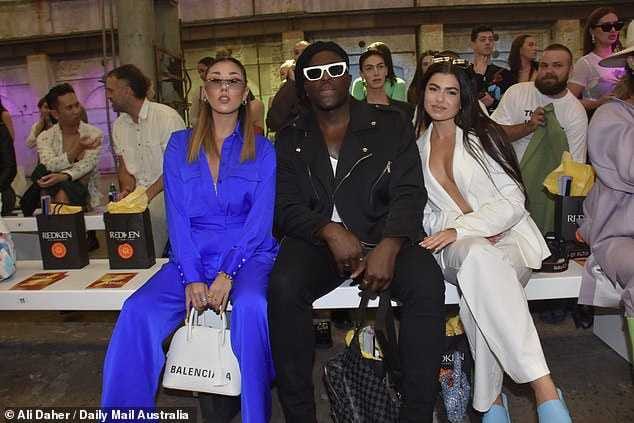 Jess and Tina were seen sitting in the front row for catwalk showcase next to Love Island star, Taku Chimwaza

Jess Velkovski was paired up with the smoking hot model Aaron Waters on Love Island Australia.

The couple originally met on the 2021 season of the show. And they announced that they had decided to go separate ways on November 29.

‘I obviously have a lot of respect for Aaron and there’s no bad blood between us. I wish him all the best in the future. It’s sad it didn’t work out but I think it’s for the best for both of us,’ Jess told 9Entertainment in an exclusive interview. 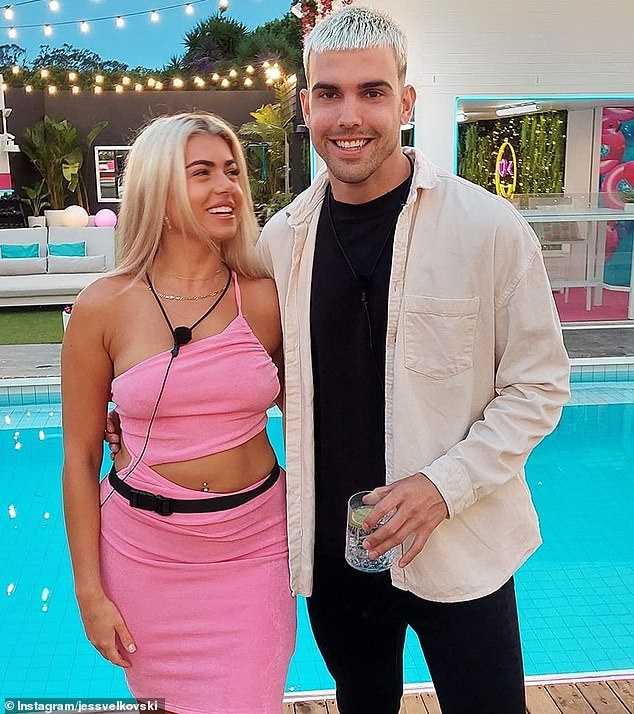