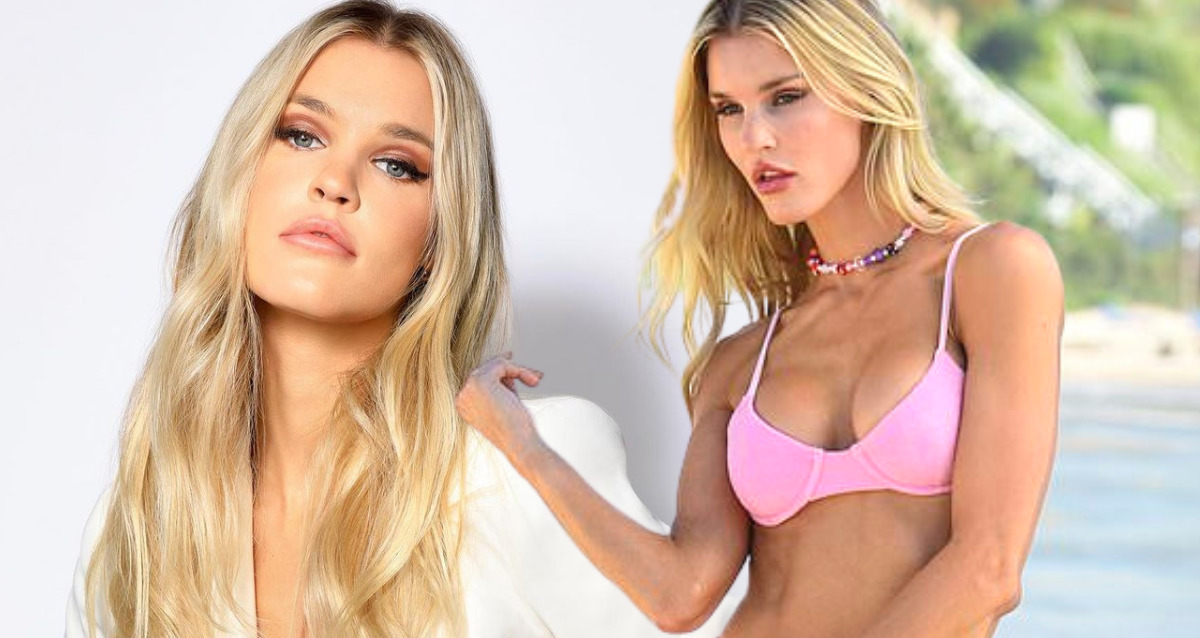 She has modeled for several well-known companies, including Victoria’s Secret and Guess. On Sunday, Joy Corrigan was featured in another lovely photograph as she relaxed by the water in a pink bikini.

The 26-year-old blond beauty put on a hot show in her skimpy swimwear while playing in the Pacific Ocean in Los Angeles. Joy emphasized her bust in a low-cut bubblegum pink top with tiny straps.

The model from Massachusetts coupled it with a high-cut string bottom that left little to the imagination. She kept her ensemble simple, only adding a beaded necklace and matching bracelets for a pop of color. 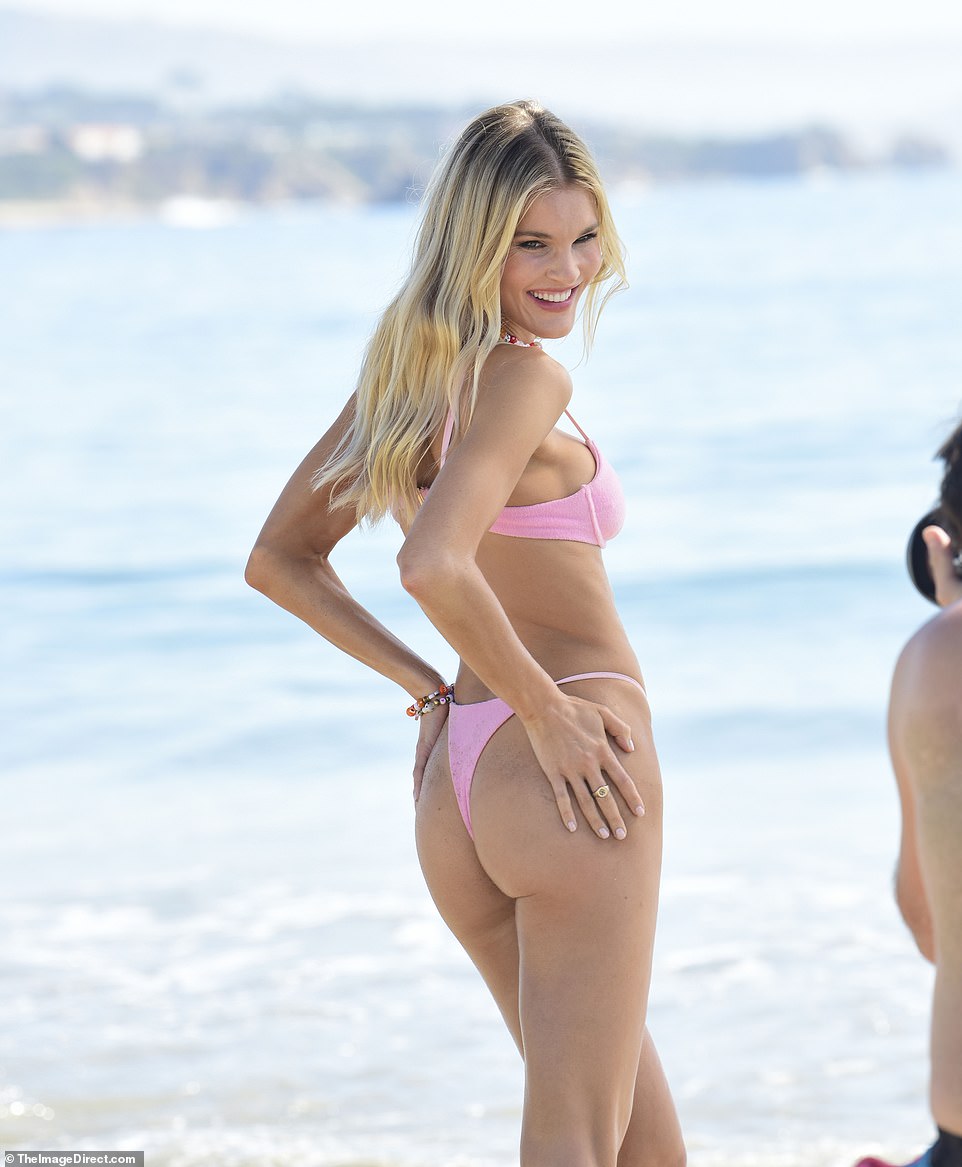 Her beautiful blond curls were parted in the middle and cascading over her shoulders as they fluttered in the breeze. Joy rose suddenly from the surf in some photographs, but she remained on dry land, surrounded by seaweed in others. 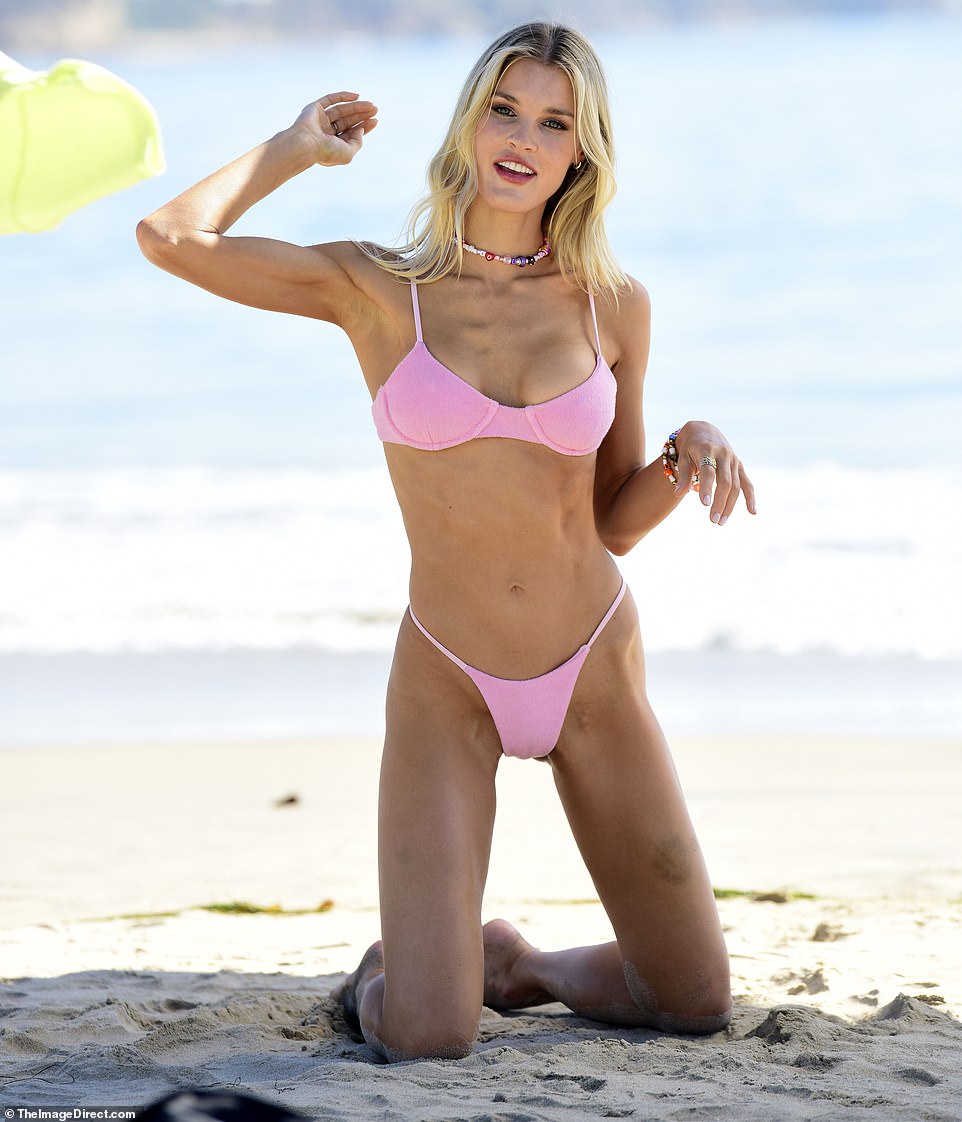 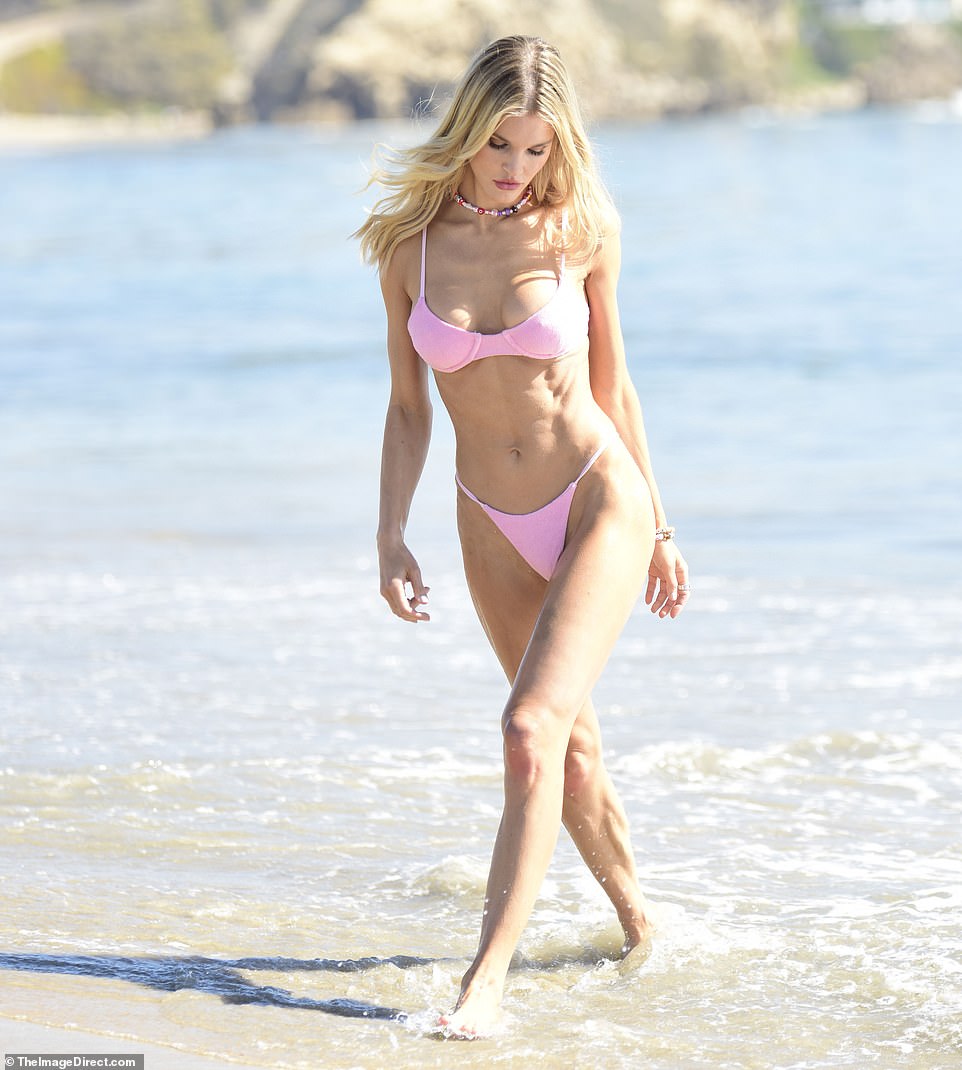 She appeared to be wearing her street-style apparel line Naked Species’ Bubble Bath bikini, which had beautiful terry cloth fabric over the cups and bottom. The top and bottom are both $90 on the brand’s website.

The socially conscious apparel brand is concerned with the health of endangered animals all around the world. Thus the sisters promote that a portion of Naked Species revenues will be donated to help save species on the verge of extinction. 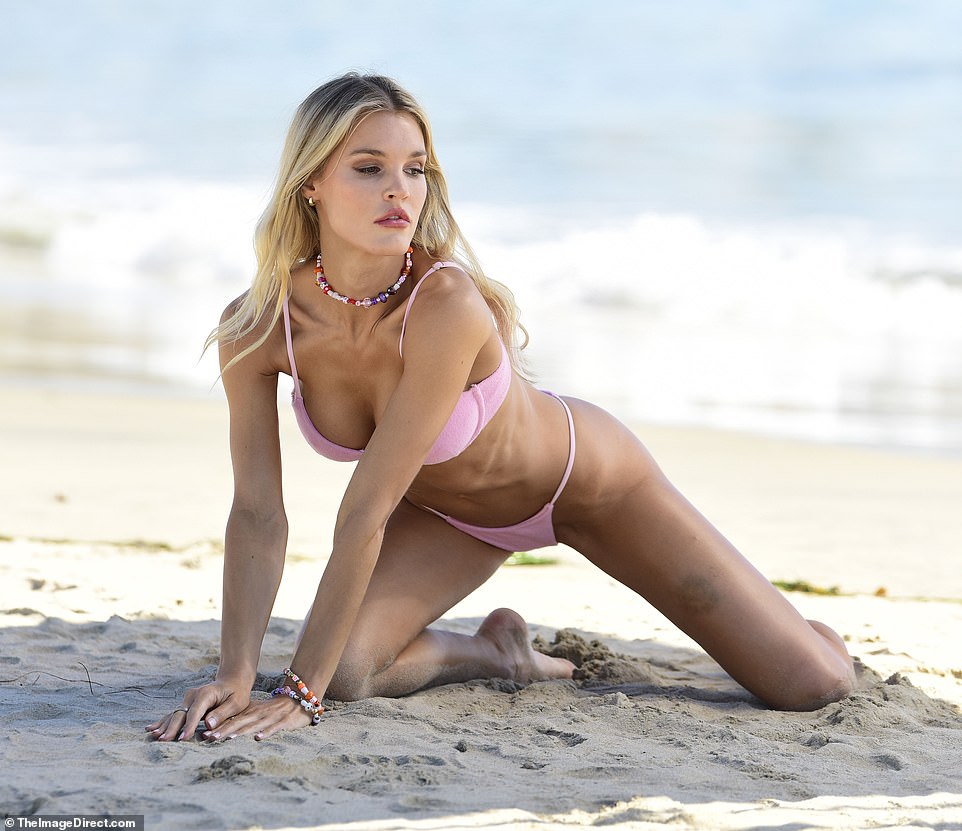 Joy dressed up a little further in another piece from her clothesline. A vibrant yellow crop top emphasized her waist. The shirt contained a clever design of happy mushrooms waving their arms and cheering, as well as a fun arrow labeled ‘Fungi.’ The pricey cotton crop top she hurled in the air during the shoot is $80 on the brand’s website. 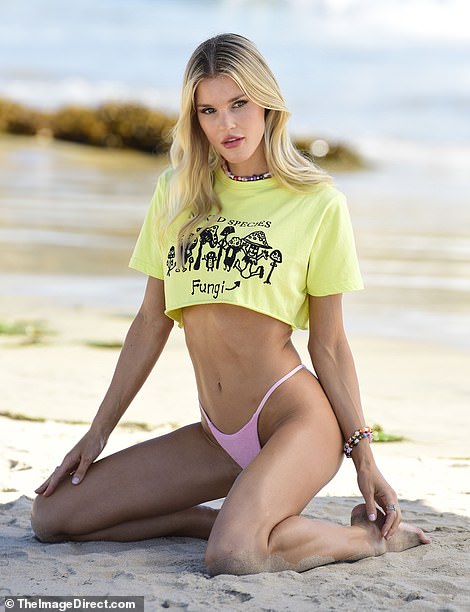 Joy has been a regular in the modeling business since she was 14, and she’s done high-profile photo assignments for several big brands. Joy discussed her transition from modeling to acting in a January interview with the men’s magazine Maxim, after landing minor roles in Aftermath with Arnold Schwarzenegger and Reprisal with Bruce Willis.

‘There’s a lot more preparation involved with acting, such as scene research, script reading, and getting to know the role.’ ‘The hours, weeks, and months of preparation for a role are exciting for me,’ she added of her new job.

‘Being a model, there were things I did not know about when I first started acting like you’re not meant to ever stare into the camera,’ she laughed. ‘When you’re modeling, you’re only supposed to gaze into the camera.’ That was a little perplexing at first.’ 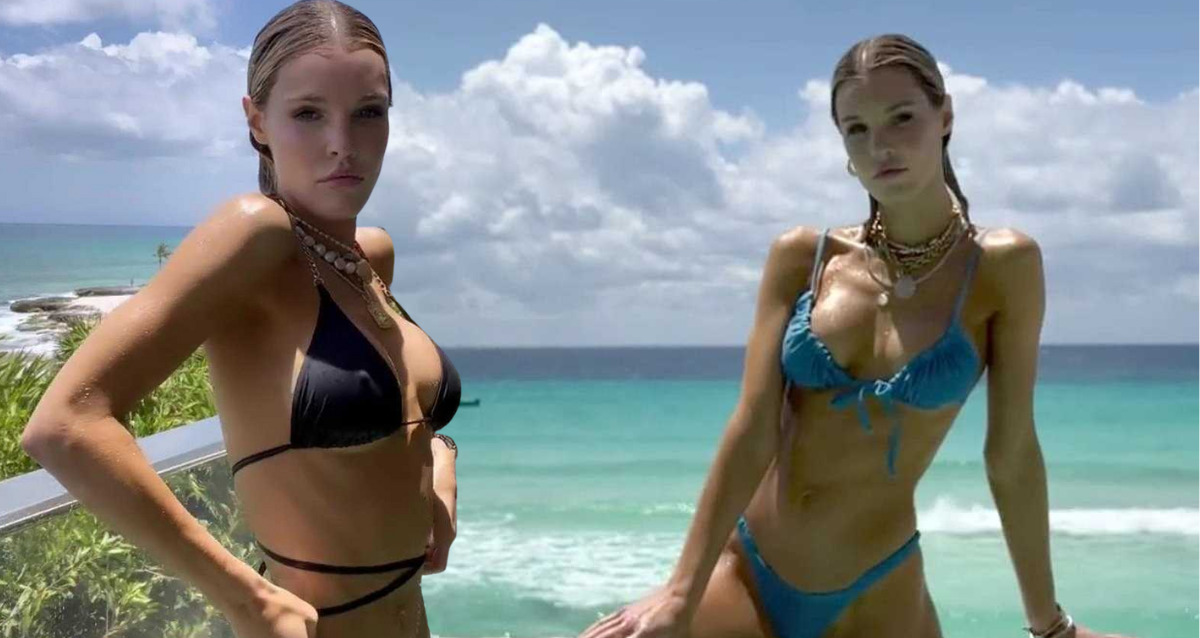 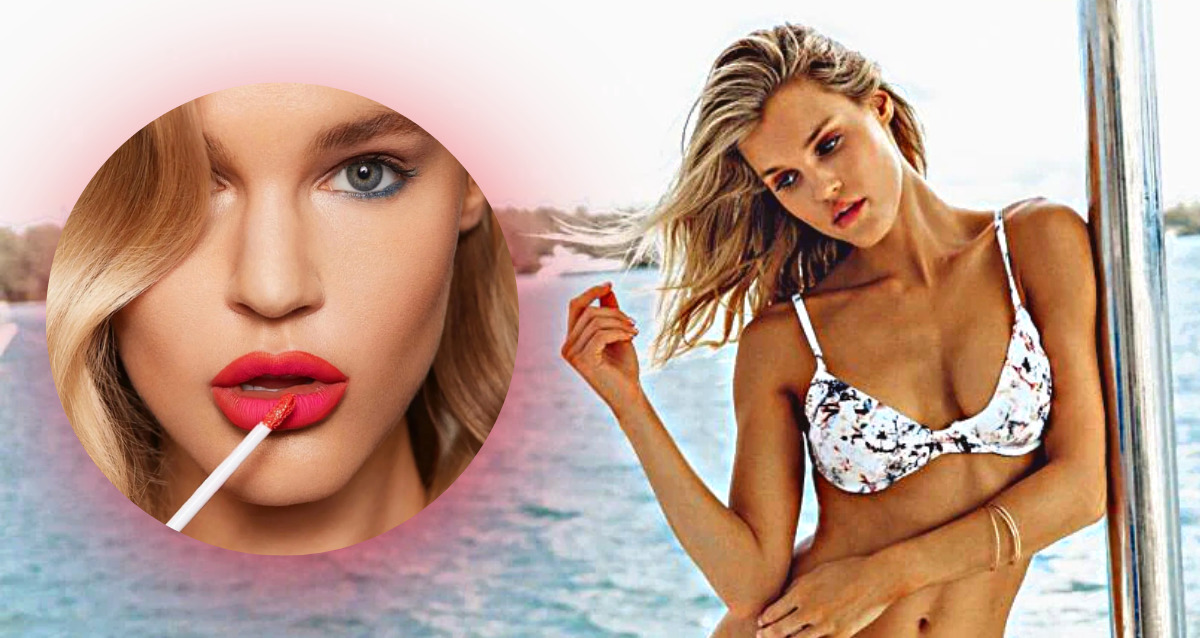 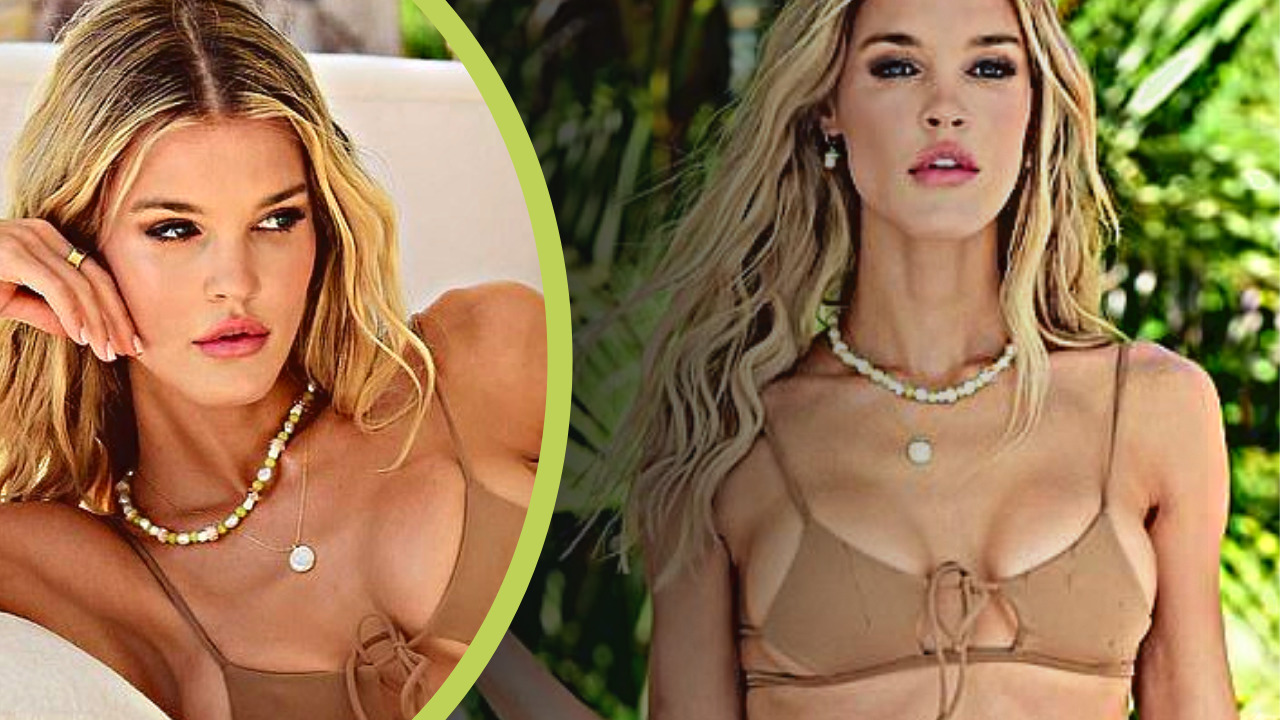