Kaley Cuoco has already been married twice. Once to Karl Cook, and next to Ryan Sweeting. But now, the 36 year-old blonde beauty from The Big Bang Theory has sworn off marriages as a whole. In an interview with Glamour, the star revealed that she has absolutely no intentions of walking down the aisle again, and that she is through with matrimony.

Kaley Cuoco has had two marriages already: to Karl Cook and Ryan Sweeting.

‘I will never get married again,’ said the looker

The star appeared on the cover of the magazine in a dazzling cream colored bra that flashed her underboob with a cream suit. For the piece, she shared,

‘Absolutely not. You can literally put that on the cover.’

The latest update from the star comes after Cuoco said she is ‘enjoying her friends’ and not ‘dating anyone’ at the moment.

The Young Sheldon actress insisted she’s all about her friends and dogs for now.

‘I spend a lot of time with my dogs and my friends.’ 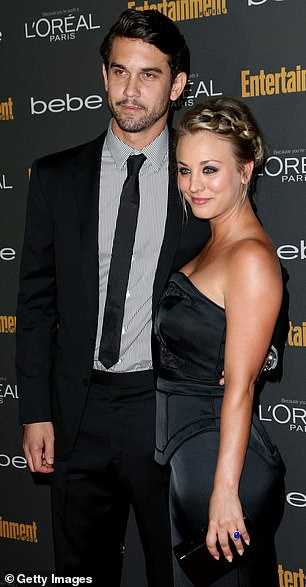 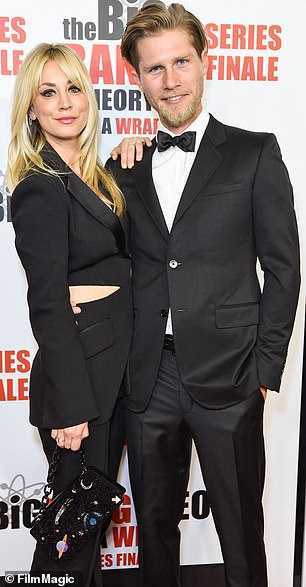 In fact, the 8 Simple Rules star’s Flight Attendant co-star Zosia Mamet has moved into her home. The star has been a great friend to Kaley as they spend a lot of time together.

‘[She] has been living with me. Her husband [Evan Jonigkeit] let her go with me for a few weeks.

‘I’m really enjoying my friends right now — [it is a] special time.’

She is ‘enjoying her friends’ and not ‘dating anyone’

Kaley loves being a fur parent

The former couple claimed that the decision was mutual. They did not carry an ounce of ‘anger or animosity’ towards each other when they announced they had split.

‘Despite a deep love and respect for one another, we have realized that our current paths have taken us in opposite directions.

‘We have both shared so much of our journey publicly so while we would prefer to keep this aspect of our personal life private, we wanted to be forthcoming in our truth together. There is no anger or animosity, quite the contrary.’

Cuoco stuns in a black bandeau top and matching skirt