Star Wars has very detailed lore that has been developed throughout numerous books and comics. But initially, Disney didn’t really care about Star Wars’ rather expansive Expanded Universe.

But Lucasfilm has changed its stance about that in recent years. They have in fact shown interest in canonizing a bit of that lore. After all, the Skywalker Saga has ended and there are no big continuation movies on the horizon for now.

J.J Abrams, in The Rise of Skywalker, included several references and hints to famous Sith Lords hailing from the Old Republic. Hawkeyed viewers will know that one of the Sith Lords mentioned was Darth Revan. But this is just one movie instance. Know that the Disney+ shows aren’t far behind as well.

In The Mandalorian, Dave Filoni and Jon Favreau included Admiral Thrawn. This particular decision brought joy to a lot of fans since Admiral Thrawn is loved by many. In fact, the Heir to the Empire novels is considered to be some of the best Star Wars material out there.

Fan Made Poster of Luke Skywalker and Mara Jade

Geekosity’s Mike Sutton reports that future projects will be drawing from books by Timothy Zahn. One particular thing that Disney is interested in, is introducing Luke Skywalker’s wife in the books- Mara Jade. Apparently, Disney is planning on introducing her and Karen Gillan is getting eyed for the role.

While it’s difficult to imagine the Nebula or Amy Pond actress portraying Mara Jade right now, but she has time and time again showed amazing acting chops. So it will certainly be interesting to see her in the role. But no matter who plays the character, it’s clear that alongside her we will be seeing Luke as well.

It’s possible that another actor will be cast as young Luke Skywalker since Mark Hamill is too old to portray the character now. Of course, Disney can use de-ageing technology, but that will be way too expensive even for the house of mouse.

Who Is Mara Jade?

Mara Jade was the right hand of the Emperor and she tried killing off Luke because of the several crimes he committed against the mighty Empire. But of course, she changed her path once she met the legendary Skywalker.

She was not just Luke’s wife but his student, and the mother of his son Ben Skywalker as well. Mara Jade is an important character of the Legends continuity as she also plays an important role in forming the New Republic. Of course, the Sequel Trilogy would need some changes to be made to her story. But overall, fans could get to see her soon. 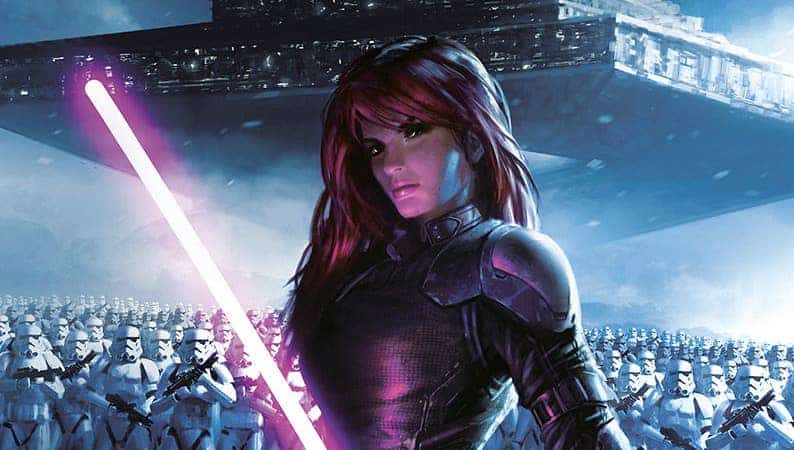 Overall, no matter who gets cast we are certainly excited that Mara Jade will be making the transition from the books to live-action. As for where she could show up? It looks like that rumoured Luke Skywalker spin-off show will be the right place to start.

Guardians Of The Galaxy Vol.4 Could Be A Tougher Prospect For Marvel

Mara Jade And 9 Other Forgotten Girlfriends Of Luke Skywalker

6 Actresses Who Can Play Mara Jade Perfectly In Star Wars