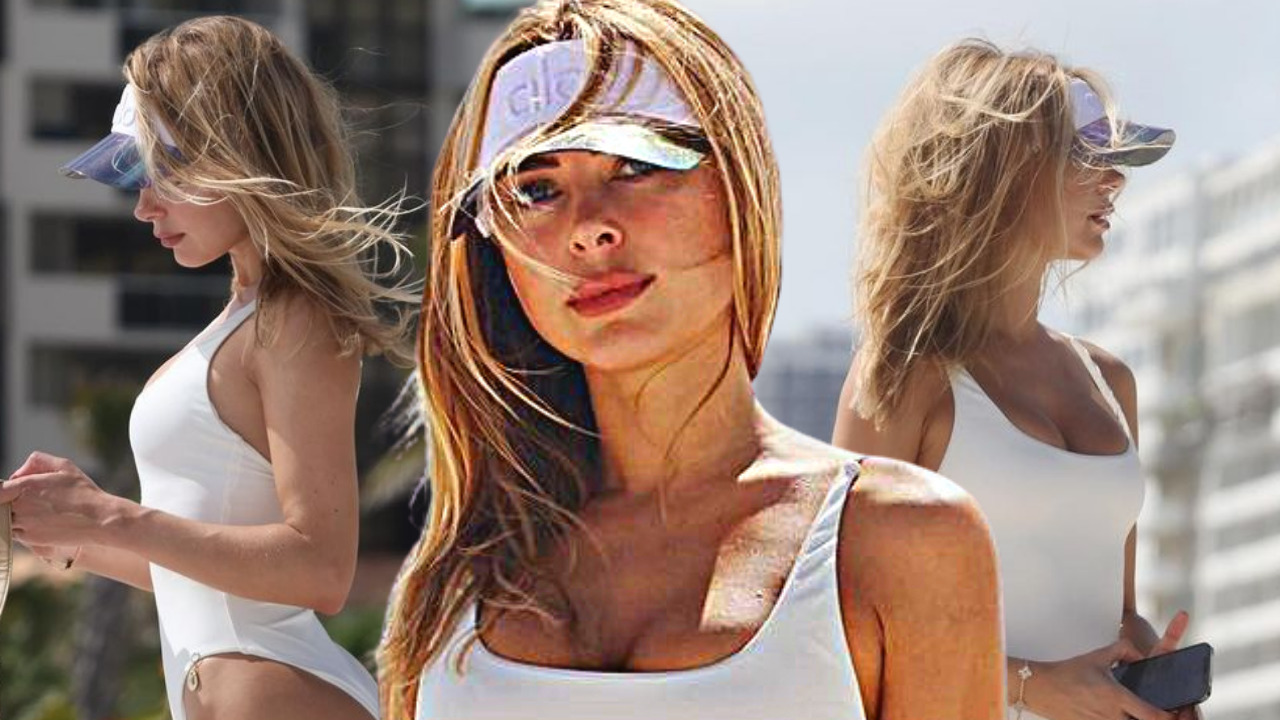 Kimberley Garner has been spending lavish time in the sun in Miami, where she owns a coastal property. Come Sunday, the star took to Instagram to share some pictures of herself in a white swimsuit as she walked her dog Sasha on the beach.

The 31 year-old former Made In Chelsea star is used to showing off her sexy figure. She looked phenomenal in the one-piece. 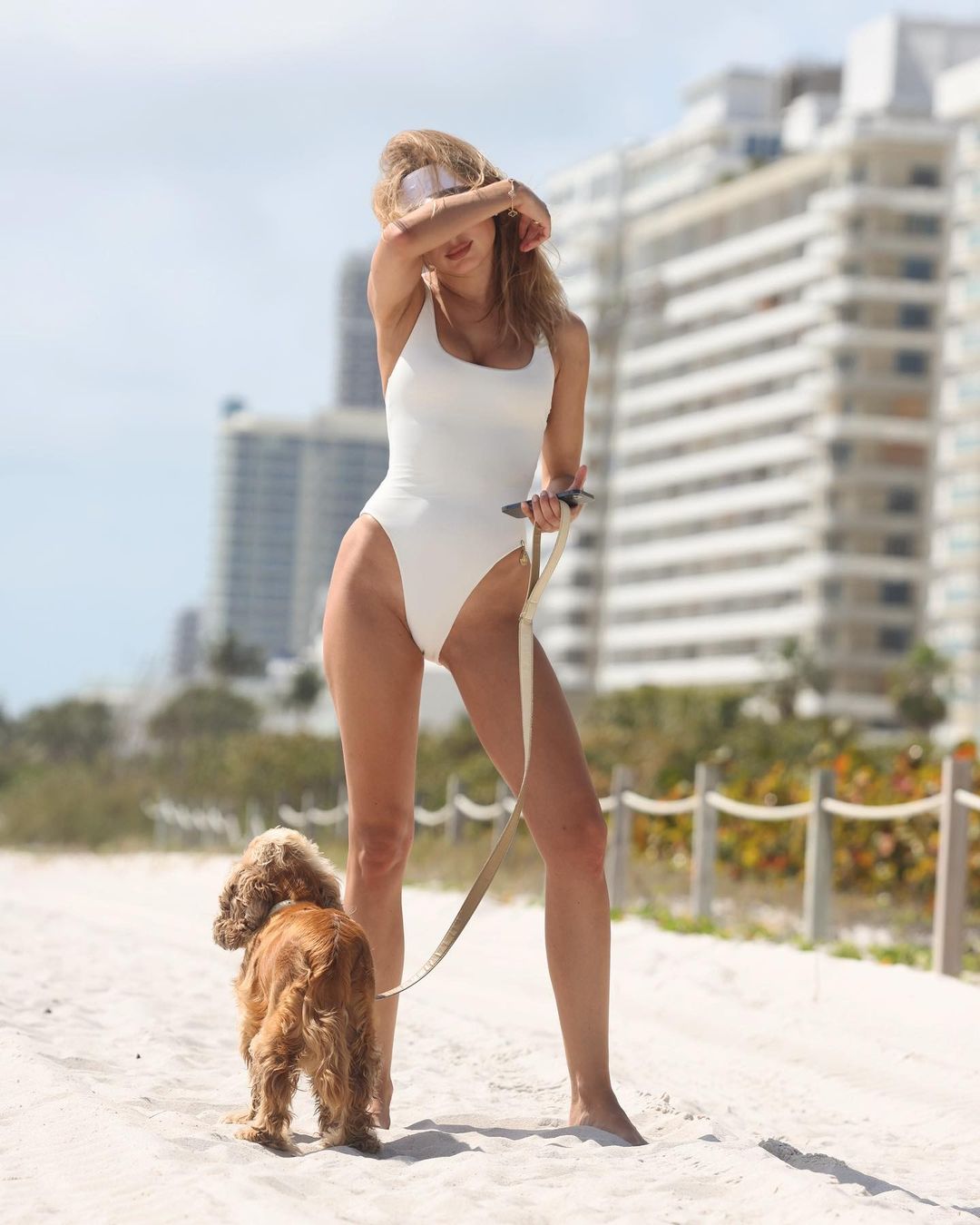 Kimberley Garner looked sensational in a slew of snaps of her in a white swimsuit walking her dog Sasha on the beach.

Kimberley appeared in a series of jaw-dropping snaps as she flaunted her tanned legs and hid her face underneath a matching white visor.

The swimwear designer accessories the look with several understated rings and bracelets as she held on to Sasha’s lead.

Garner let her blonde locks down in loose waves. She went makeup-free to let her naturally beautiful skin soak up the Miami sun.

In the caption, she wrote: ‘beach walkies before ✈️ to London’. 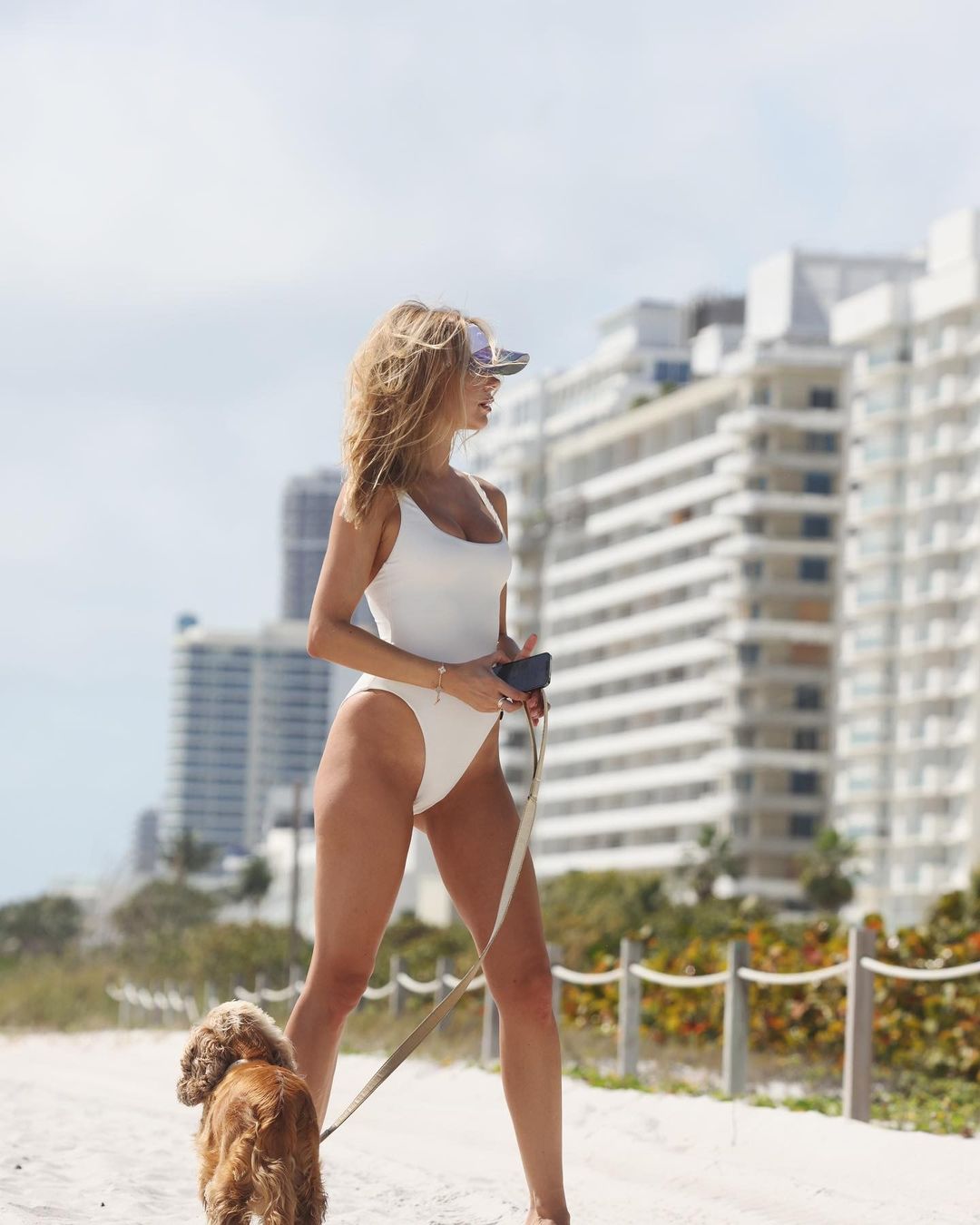 The former Made In Chelsea star, who’s never been shy of flaunting her incredible figure, oozed confidence in the one-piece 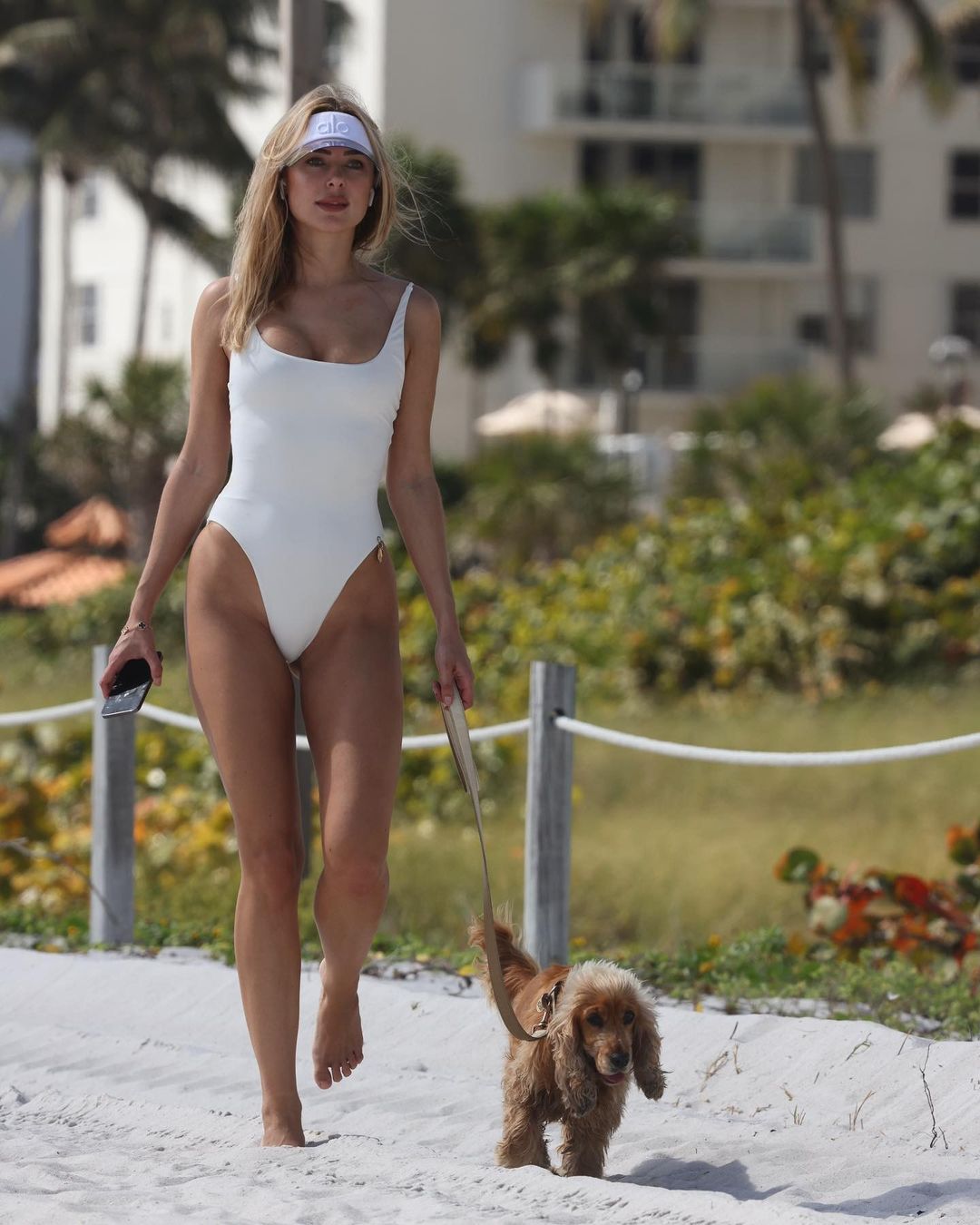 Kimberley turned heads as she flashed her tanned legs and hid her face underneath a matching white visor.

While the star now owns a massive name as a swimwear designer, Kimberley Garner once talked about how she used to pretend to be an intern. Thwas is when she was just starting out and nobody would pay much attention to her.

But the property heiress rose to fame. And today, she isn’t just the face of her line Kimberley London. She is totally aware of everything that goes into creating her sell-out swimwear range.

‘I think people sometimes think that I’m only the face, but I am responsible for every bit of the business. 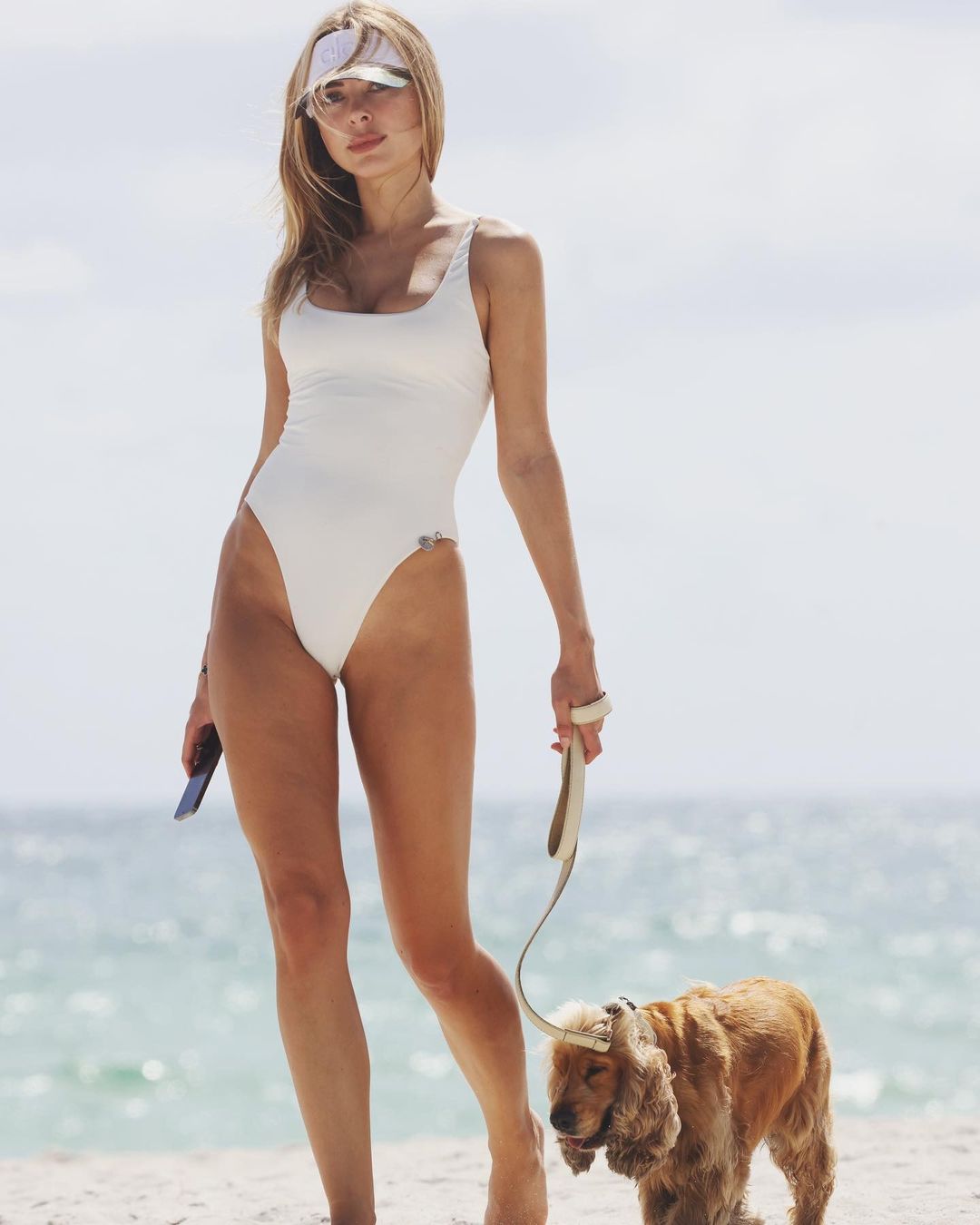 The swimwear designer looked phenomenal as she accessorised by wearing several understated rings and bracelets.

‘I was 18 when I started my first company – I came up with an idea, stayed up for days learning how to register the company and teaching myself. It became very successful overnight.’

‘However, as I was only 18, no one ever imagined it was mine. I was a young blonde girl with a soft voice. No one would take me seriously or realise it was my company. So, I pretended to be the Intern!

‘I handled all the meetings, phone calls, and emails for the company. When it became a success, I put all the revenues into starting Kimberley London.’ 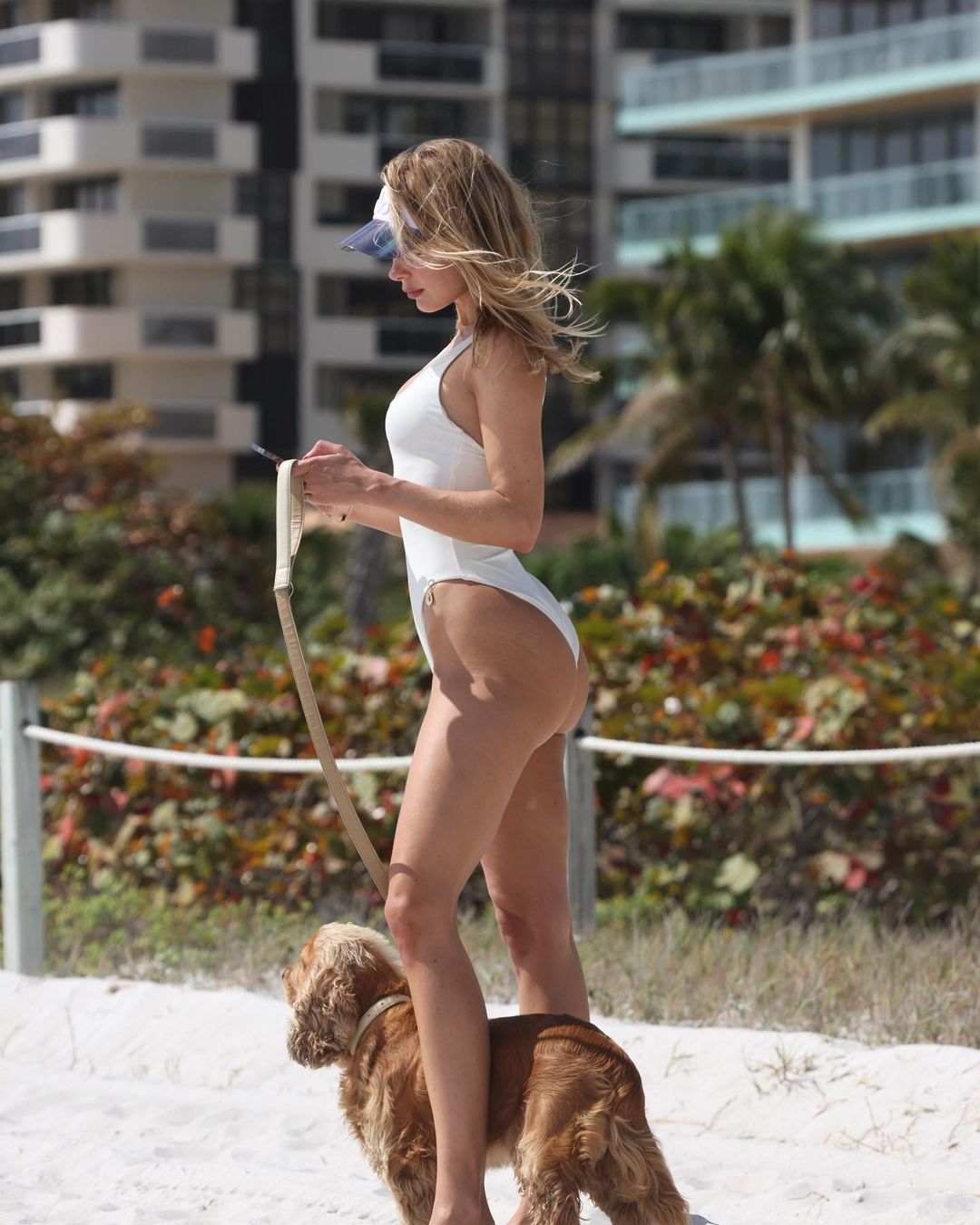 She left her blonde locks down in loose waves while opting for a fresh face, flaunting her natural beauty. 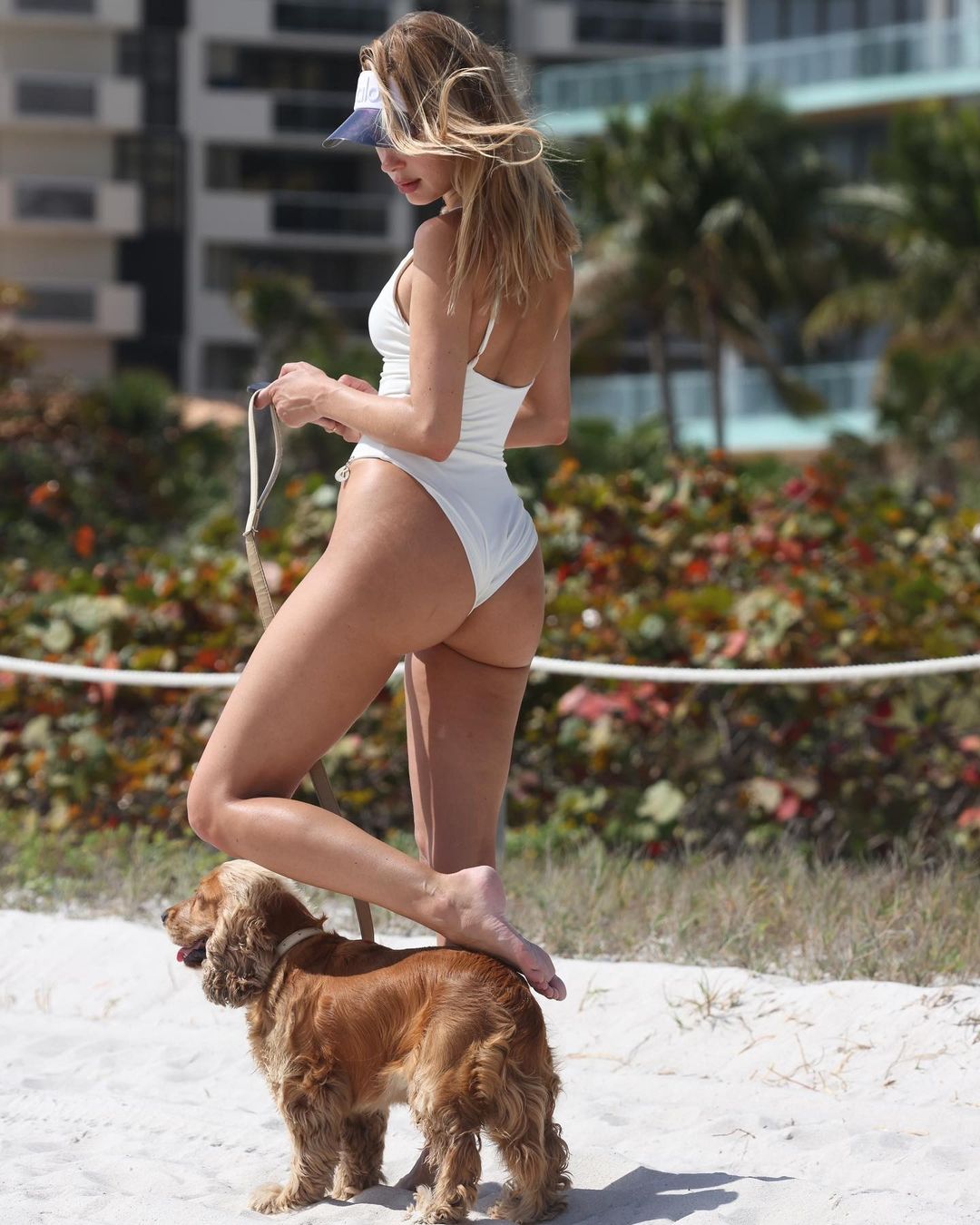 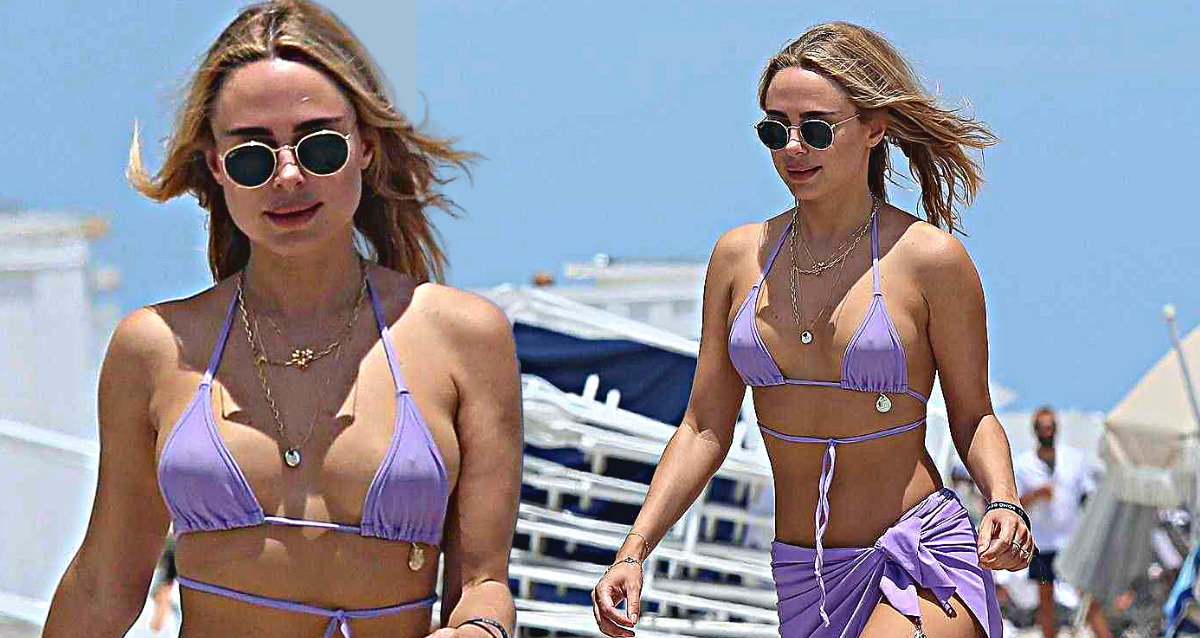 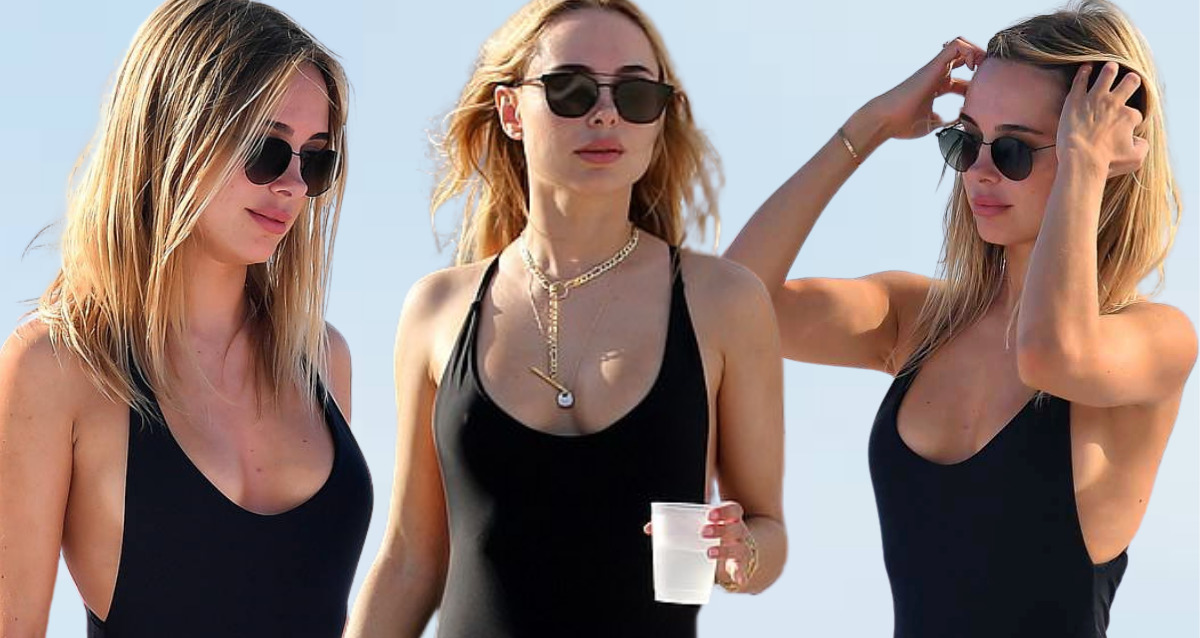 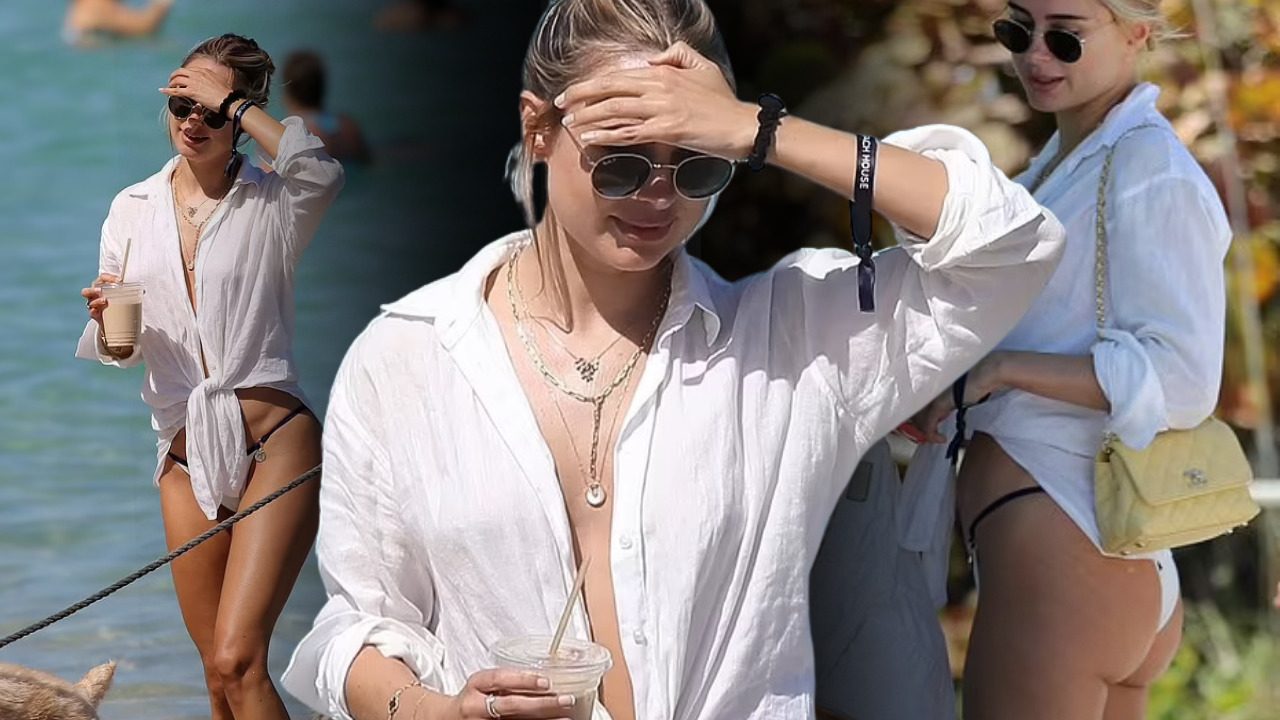