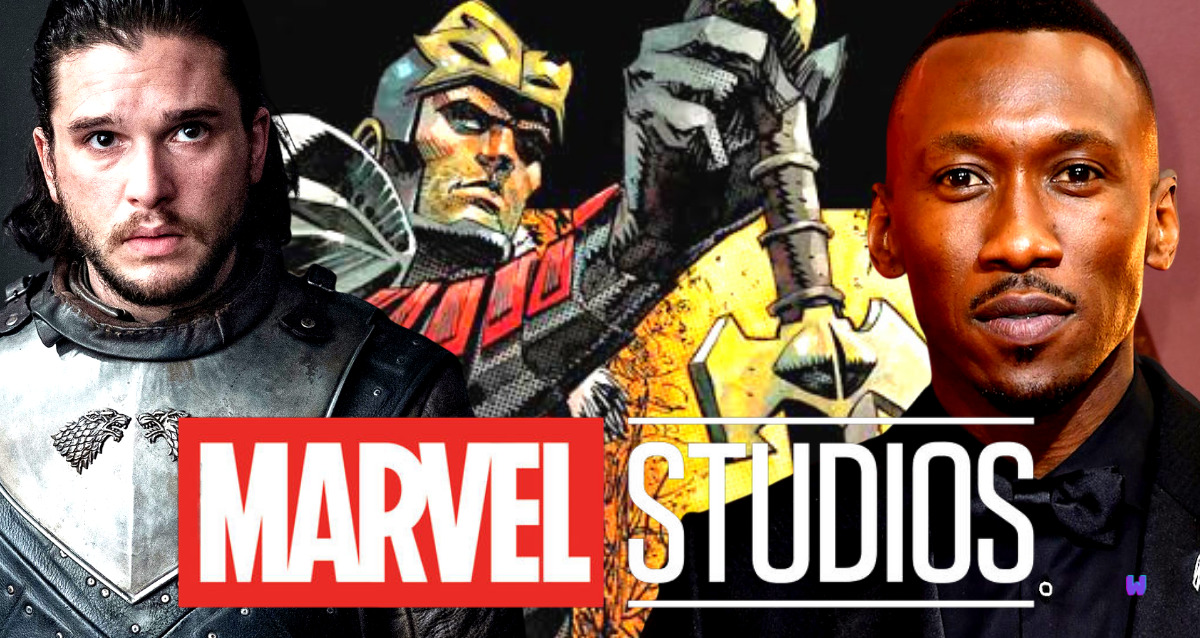 Marvel’s latest outing, The Eternals, has premiered to mixed reviews. Now, there’s a lot of chatter about various things in the film. And that’s to be expected with so many characters.

But there’s one thing that fans might not be paying too much attention to. It looks like Marvel has quietly introduced two characters who could go on to become important figures in the MCU’s future phases. Now, we already saw one of them with the cast of the Eternals. But we had to wait till the post-credits scene of the movie to see the other one.

When Marvel Studios announced the star-studded cast of the Eternals, complete with Games of Thrones actor Kit Harington as Dane Whitman, fans naturally expected to see his Black Knight at some point in the movie. But that wasn’t the case. Kit Harington’s Dane Whitman only appeared in some scenes as Sersi’s boyfriend and a museum employee. However, he is way more than that in the comics.

The History Of The Black Knight 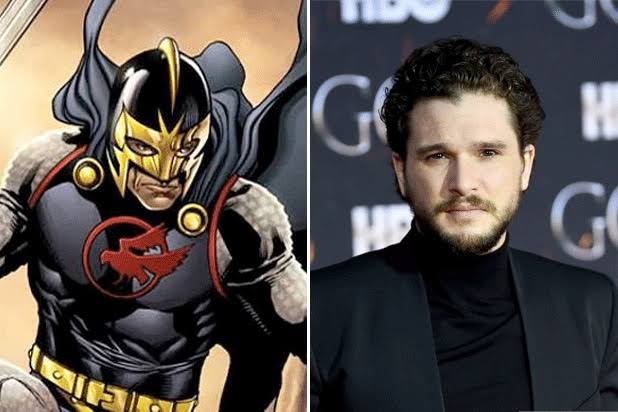 Dane Whiteman is the alter-ego of an important Marvel character. Descended from an Arthurian lineage, the Black Knight has fought alongside the Avengers on multiple occasions. He is even regarded as an Avenger himself. The Black Knight first appeared in the pages of Marvel comics during the 50s. However, we don’t think that his character will undergo the same journey in the MCU canon. After all, Marvel does love to switch up comic book storylines.

Since he is one of the handful of humans in the Eternals movie, Whitman works as an audience stand-in. He is used for asking questions that everyone wanted to know the answer to, like- why didn’t the Eternals help fight against Thanos? After all, protecting people was their number one priority. 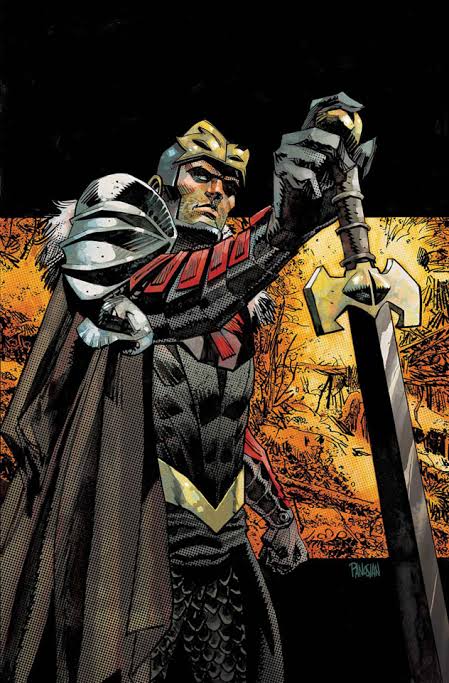 Black Knight and his Ebony Blade

The movie made it clear that the Eternals consider the Deviants way more dangerous than Thanos. However, it wasn’t a good enough explanation for their absence during the events of Avengers: Infinity War & Endgame. But there’s indeed an argument in there. Anyways, the Eternals could have been just a side attraction. They could be serving as the perfect training ground for Dane Whiteman. Now, the Eternals themselves represent a major part of Marvel’s history.

But The Black Knight is an important character too. As such, this gentle introduction of such a major character for future phases is the right move from Marvel Studios. We all know that the main reason Dane Whiteman’s The Black Knight is in the movie is that his Ebony Blade can kill a Celestial. It is one of the very few things in the universe that can do so.

The movie was just the start of Kit Harrington’s Dane Whiteman’s journey. We are introduced to the calm and collected character here. However, he has a family history and has had to deal with a lot in the past. He is also going to become the Black Knight in the future. So overall, Dane Whiteman’s journey is just beginning. 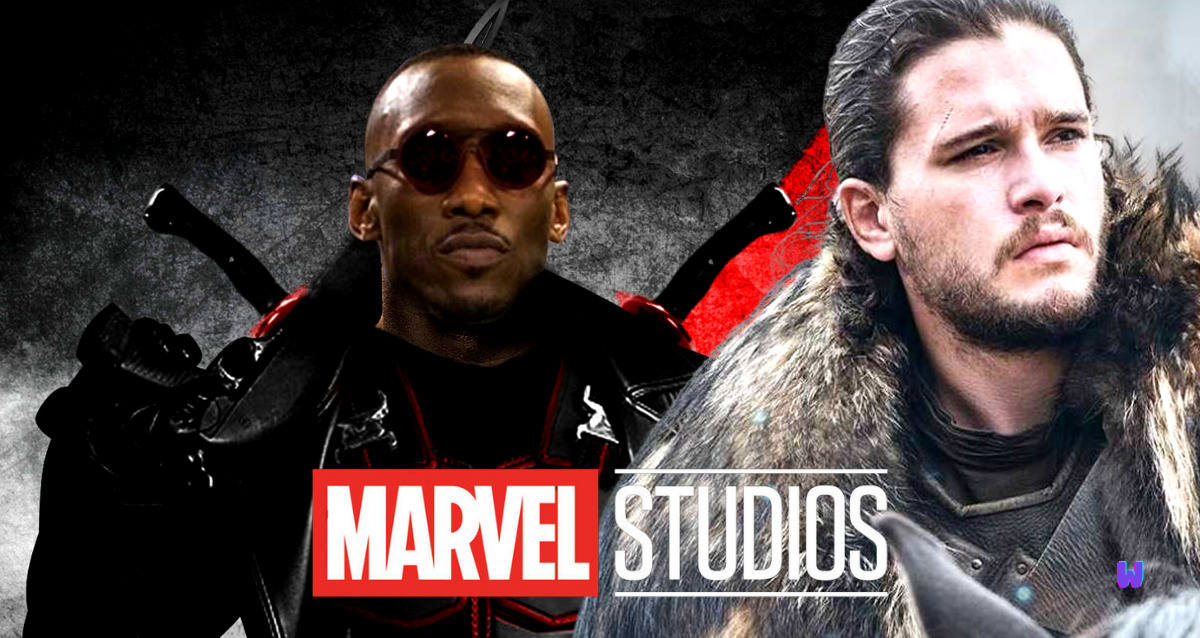 Blade and Black Knight team-up in the cards

In Eternals, Dane tries to talk about his complicated past to his girlfriend Sersi. But before he can say anything important, she gets captured by a Deviant. A troubled and concerned Dane is then seen in the post-credit scene. He fiddles with a wooden chest and even opens it to reveal a long, black sword. The sword has an inscription on it that says, “Mors mihi lucrum.” This means, “Death is my reward.”

He slowly gets caught under the spell of the agitating saber and blurts out, “I’m sorry, I have to try.” Whitman then hears a voice saying, “Sure you’re ready for that, Mr. Whitman?” Harington confirmed during an interview with Fandom these the voice heard during the post-credits scene is actually of Marvel’s Blade, played by Mahershala Ali. He said:

“It’s really cool. [Chloé] texted me about [the Blade voice cameo] a couple of weeks ago and it sort of blew my mind.”

What did Mahershala Ali think about his small cameo? He talks about it below:

Mahershala Ali finally talks about getting the chance of voicing #Blade in #Eternals and what his future has in store for the #MCU. More Details: https://t.co/YQO41qmRmx

Ali is already signed on to star in a solo Blade project. He will be leading the Marvel universe into the vampire-ridden darker underworld. And now it looks like he will be teaming up with Black Knight.

“I didn’t know that that would be the case, so it’s pretty exciting for me. I came into this knowing that there would be, hopefully, some cool possibilities for the future and also looking at the character and responding to the character as I saw it on every level, in every platform. So yeah, this is a great intro into the Marvel world and I’m just very happy that this movie is the one that I got to do it in.”

So a lot has been lined up for Phase 4. However, fans need patience since the Blade, and Black Knight team-up will surely take some time to happen. However, Blade is currently getting ready to begin filming from next year. So maybe there will be a Black Knight cameo there somewhere. Now that would help kickstart a team-up movie in the future.