Knull: What Thor 4’s Venom Connection Is All About 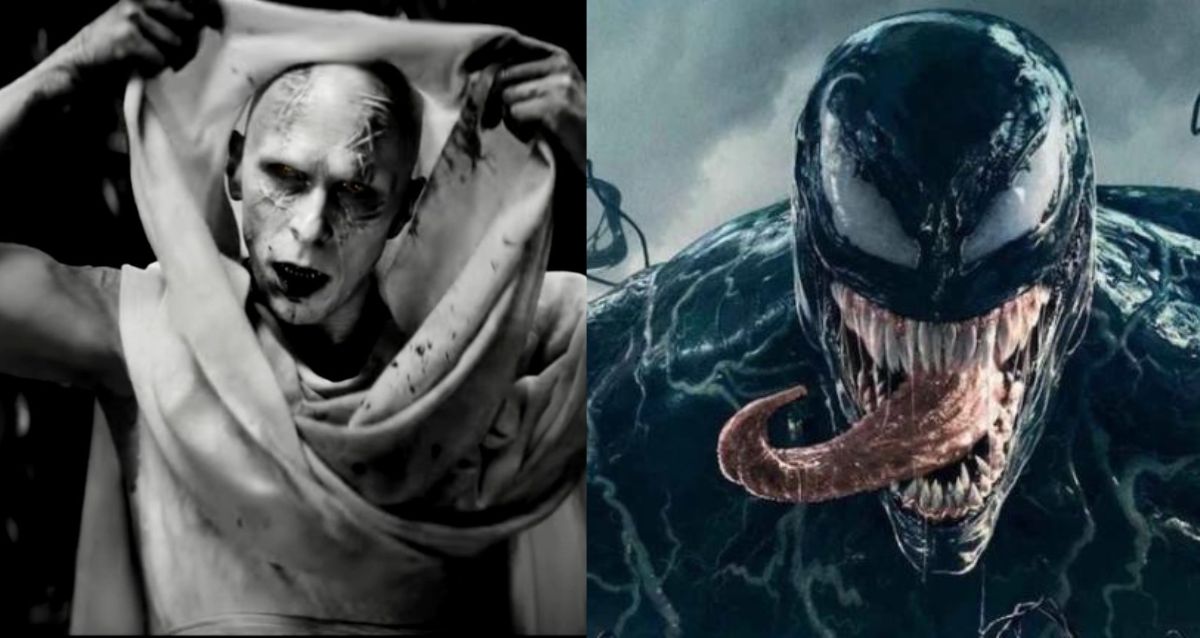 Fans of the comics know it as the Necrosword, but many have spent time guessing at what the “terrifying” weapon is that comes with Gorr’s Marvel Legend’s toy figure for Thor: Love and Thunder. This weapon was not only capable of competing with Thor and the other gods of the universe, but it also had a long history with Venom and the symbiotes.

Fans weren’t any wiser about that lore when Gorr and his signature sword first appeared in comics. Fans are now wondering if Marvel Studios will reveal the Necrosword’s complex history in Love and Thunder or if the identity of the symbiote who created the sword will remain hidden.

Knowing how Gorr obtained the Necrosword is essential to grasp its nature. Gorr is one of “the most sympathetic villains they’ve had,” according to Love and Thunder director Taika Waititi, so it’s likely that his origin story in the film will be faithful to the comics.

So, before Gorr became known as the Killer of Gods, he was born on a planet with no name, lived on the edge of starvation every day, and was raised to respect and worship the gods. None of his prayers were ever heard by these deities.

After losing his parents to disease and wild animals, having his pregnant wife eaten by the earth, and watching his children starve to death, Gorr was still expected to revere and honor the gods. Once Gorr’s last child passed away, he could not bear any more heartbreak.

Gorr yelled to his people that they could not rely on any gods but themselves. The people did not want to hear him out and instead labeled him a blasphemer before banishing him to die a lonely death on their barren planet.

Gorr was on his hands and knees, crawling across the scorched earth, when something slammed into the planet not far away. Gorr looked into it and discovered what appeared to be two gods, one in black armor and the other in gold. One appeared dead after taking a spear to the head, but the other was still alive and asking for help, which infuriated Gorr because neither he nor his family had received any assistance from the gods in their time of need.

Gorr’s hatred was so intense that the god in black’s weapon leaped toward him and bound itself to him. Using his new weapon, Gorr dispatched the pleading god and departed his world while wondering whether he would encounter additional gods to dispatch.

However, the readers didn’t know that the god in black was actually Knull, the King in Black and that he was very much alive. 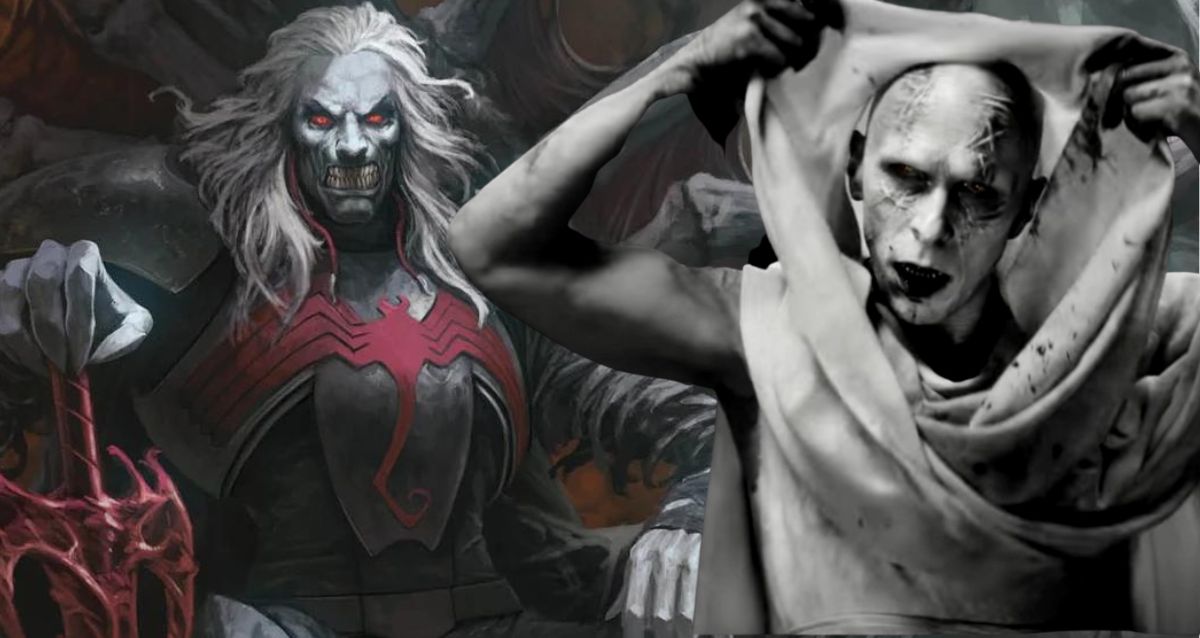 In the time between the end of the sixth universe and the beginning of the seventh, a god slept in the Abyss (or Ginnungagap, as the Asgardians call it). Many forms of anti-life, including Knull, originated in this realm of total darkness.

When the Celestials finally made the universe, they woke Knull up in the Abyss. Knull dismembered one of the Celestials for violating the Abyss, and the others pushed him back into the Abyss as punishment.

The supervillain created the All-Black, a weapon with nearly no equal, using the Celestial’s body that had been abandoned in the Abyss. Knull unleashed untold destruction upon the universe after emerging from his void, eliminating all opposition and launching a campaign of genocide against the gods and all forms of life.

As Knull continued his pursuit, he was confronted by a legion of golden-robed gods wielding the Light, his antithesis. Knull killed them all except one, and the two remaining gods fell to the ground in front of Gorr.

After the spear went through Knull’s head, the All-Black abandoned him and became attached to Gorr, who shared Knull’s intense hatred toward the gods. However, Gorr was unaware that he was carrying on Knull’s crusade by eliminating any gods he encountered throughout the universe.

Even though it took centuries, Knull overcame his injury and started experimenting with his powers once he no longer needed the All-Black sword to rely on. Through his research, Knull created symbiotes that he then used to destroy entire planets.

However, because of what Thor did across the galaxy, Knull’s connection to his Symbiotes was severed, and they all betrayed and imprisoned him. Knull was incarcerated at the center of Klyntar, the future homeworld of the symbiotes, for millennia before he was finally released.

All-Blacks Have More of an Impact 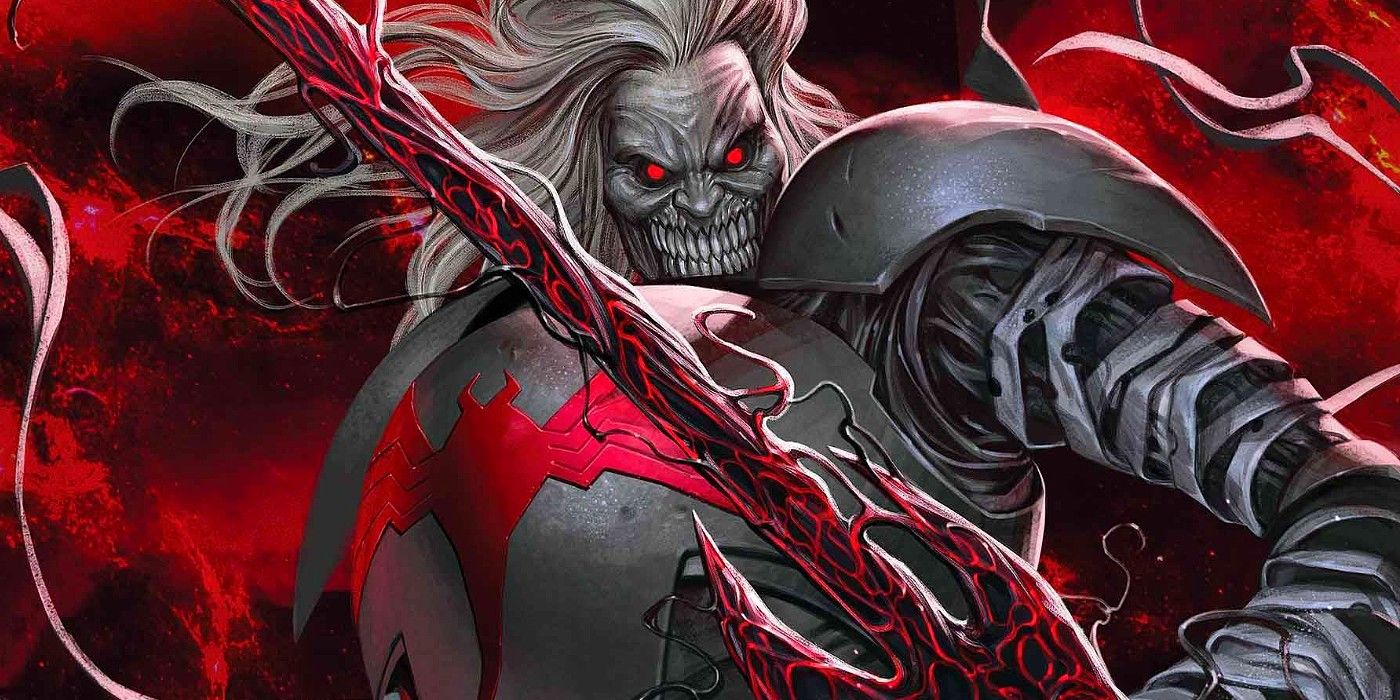 Hela’s weapon was never identified in Thor: Ragnarok, but in the What If…? episode “What If… T’Challa Became a Star-Lord?” the Collector referred to it as “a” Necrosword. Either there were multiple Necroswords, or the blades that were spawned were exact replicas of the original.

However, Hela’s use of it was limited compared to the comics. Hela used her Necrosword to fashion an ax for Scurge to use as her executioner, which was the extent of its abilities that we could observe.

Otherwise, it seems weak compared to Gorr’s might, even from the limited footage that MCU fans have seen.

From the looks of the merchandise and promotional materials for the upcoming Ragnarok sequel, it is clear that Gorr’s weapon will behave more like its comic book equivalent than Hela’s. Unlike Hela, who was compelled to resurrect dead Asgardians, Gorr can do so at will, and it can also spawn defensive black tendrils.

A second trailer for Love and Thunder suggested that Gorr built himself a shelter out of black, slimy, symbiote-like tendrils.

According to the comics, the Necrosword’s immediate effect was to grant its user the superhuman abilities of the gods in terms of strength, durability, speed, and reflexes. Therefore, while Hela was formidable, Gorr should demonstrate power more significant even than that of the Asgardian goddess of death.

The All-Black is the progenitor of all symbiotes, including Venom, which Knull developed. It augmented its host, morphed into various weapons and appendages, and even formed a suit around its host, much like its modern analogs. In the comics, Gorr frequently used these abilities in his quest to kill the son of Odin and other gods.

However, the ability of Gorr to collect an army was the most dangerous aspect of the Necrosword in his hands. Like Venom’s essence-created Carnage, this sword could create its semi-sentient symbiotes that would obey the user’s every command. The question is whether or not Marvel Studios can use any of this history and lore.

Since Venom is inextricably linked to Spider-Man, and since Sony Pictures owns the film rights to both Spider-Man and Venom, it follows that Sony Pictures also owns the film rights to Knull. So, Marvel Studios can’t use that character’s name or likeness without permission. You can stop waiting for Thor or anyone else to bring up the symbiote god because it will not happen.

Gorr and the Necrosword were written and drawn before any connection to Knull or symbiotes was established, so Marvel Studios could do everything except bringing up those topics. The MCU could allude to Knull’s presence without identifying or depicting him.

The Guardians of the Galaxy have no place here.

To refresh your memory, Knull used the All-Black to decapitate a Celestial. Nowhere, featured prominently in Guardians of the Galaxy and Avengers: Infinity War, was once the severed head.

This terrifying feat could, of course, be attributed to Gorr himself by Love and Thunder, but it could also be inferred that someone else used the Necrosword to kill the Celestial. Gorr’s comic book origin story could theoretically be adapted directly for the big screen.

Knull isn’t even mentioned by name, and the more familiar look he would have had in later appearances wouldn’t be there, either. Therefore, Marvel Studios could theoretically insert Knull into a flashback scene and avoid mentioning him.

Marvel Studios may be trying to extend a peace offering to Sony Pictures. There will undoubtedly be contract negotiations for the next Spider-Man trilogy in the MCU, and other characters like Knull may be included. Nonetheless, if that doesn’t work out, these Knull hints are harmless Easter eggs for fans to find, even if they’re ignored in the future of the MCU.